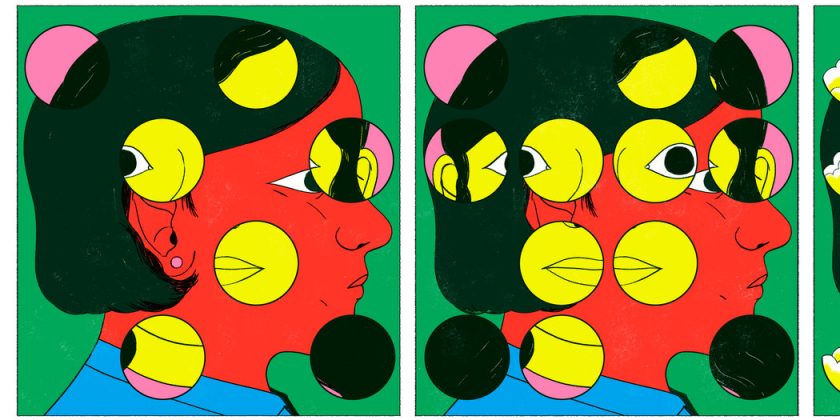 When I was 34 and single, a social services caseworker asked me if I wanted to adopt a 14-year-old girl. Wanted. The word wilted in my chest. How had my life meandered to a place where someone thought I wanted to be a mother? How could I explain to the caseworker that becoming a mother was never part of my plan?

E. and I met in a volunteer tutoring program shortly after I’d turned 30 and she was 10. (I am referring to her by her first initial to protect her privacy.) It was 1991. On the night of our first hourlong session, she descended a narrow staircase inside her one-bedroom house, wearing clothes that had endured too many wash cycles. Her shoulders sloped as if she hauled weights in her hands. She stared at me with large brown eyes.

“What’s your favorite subject?” I asked as we drove to her school.

Without the volunteer program, our paths would likely have never intersected. My orbit existed primarily inside my white-collar office and the New Jersey shore, where I played tennis and dated actively. I was very invested in my career. I had earned a computer science degree three years before Apple went public, and completed my M.B.A. Management certainly awaited me in the incipient tech field, or so I thought.

In our first tutoring session, E. counted on her fingers and moaned, “I can’t” when asked to solve 2 + 6. One night we searched for her history book inside the unheated attic bedroom that she shared with two foster sisters and a biological one. Dirty clothes carpeted the plywood floor.

Three mothers orbited her life. Her foster one slapped her face and called her retarded. Her biological mother was addicted to drugs.

“Sometimes I run into her in the street.”

Her grandmother, whom she visited sporadically, owned a home and a cab business but was unwilling or, perhaps, unable to raise a child.

An avalanche of curiosity was backed up inside E. She began to demand information from me faster than a quiz show M.C.

“How did European explorers find their way?” she said.

“They used the stars.”

“Where’d the stars come from?”

“That’s a profound question. A scientist could explain it to you, but I can’t.”

After a while, her questions became more intimate.

“Can you take me to my friend’s house?”

“Can I have my birthday party at your house?” “Can you attend my parent-teacher conference?”

I agreed to the party and the conference but declined the chauffeuring. Helping E. meant fewer hours to reassess my corporate-world future. Instead of leaning in, sexism and a dearth of role models was coaxing me to check out. Maybe a technology career was the wrong fit.

I felt slightly envious of the seemingly meaningful lives of my girlfriends, several of whom had quit or slow-tracked their jobs to diaper babies, although I didn’t want to emulate them. They had dreams for the offspring. I had a dying career and no clue how to resurrect it. Their lives made me feel as if I was falling behind in a race that I had no desire to enter.

But E. needed me, and I was at a point in my life where I needed to feel needed. Slowly, our interactions transitioned from an hourlong session at her school to dinners at Red Lobster before tutoring to weekly sleepovers on volunteer nights, when I tucked her into bed and kissed her good night.

One morning, she asked, “Can you curl my hair in back?”

I stepped closer, grasping my warm curling iron. She held her frame perfectly still. I glanced at her reflection in the mirror. Small breasts arced beneath her shirt. Her scalp reached my nose. My chest brushed her shoulder blades as I inched closer. I lifted her hair with my fingers, guiding her strands around the iron. I love you, I whispered in my head.

I loved her incisive questions and her newfound academic confidence. I loved how caring for her had given my rudderless life meaning.

She had changed, and so had I.

I was cleaved into dual selves: uninspired career woman and reluctant, albeit unofficial, mother. Some days I baked birthday cakes or fielded teacher phone calls. On others I debugged C programs or danced to cover bands like the Nerds, while hoisting a long-neck Budweiser. Even E. recognized my transformation, writing in one of her letters, “I wish you were my mother.”

My eye sockets swam before her words. Because she wanted something she could never have. Her longing resonated. My own wants had been pushed down and forgotten, like old shoes in the back of a closet.

I couldn’t quite recall when my career aspirations had slipped away. It likely happened in stages, like pulls on a sweater that, over time, turn a beautiful garment into a rag. Despite the flood of women in my 6,000-person office, female supervisors could be counted on one hand. Higher-level management was total testosterone. I longed for a female role model. I wanted a mentor the way E. had wanted a tutor.

My youthful goals began to change. Instead of striving for management, I focused on fattening my 401(k), paying off my house and counting down the days until retirement. I was blindsided when my coast-through-life plan hit a roadblock: the caseworker asking about adopting E.

She had been incarcerated at the Youth Detention Center for stealing a bicycle. Her sentence served, she was refusing to return to her foster house. I stood between her and confinement at a state-run residential center.

My dilemma involved love, but it also dealt with loss. Because when my career dream died I lost focus. Life’s to-do lists swept me along until E.’s needs shaped my amorphous world. I’d been drawn into motherhood because my life had a void. She had made me a shadow member of the parenting club, soothing my unrealized ambitions with comforting familiarity. Tending to her needs had distracted me from the messy work of figuring out my life.

Yet now I loved a flesh-and-blood child, and I had a decision to make. And I had to be happy with that decision. Because if I chose to be her mother, I needed to want to be her mother. I couldn’t give up on her the way I’d shelved my career goals.

After the call from the caseworker, I stared into my living room, trying to imagine E. on my sofa every evening. At the time, single motherhood was rare and regarded with disdain; this was the era of Dan Quayle, then the vice president, scorning Murphy Brown for being a single mother. Her age meant I would have no peer group. All my friends had toddlers.

I shut my eyes. I’d resent E. for turning my life into something I’d never wanted. I could never be her loving mother along with a woman who loved her life.

But I didn’t love my life. I endured my job and found satisfaction in my leisure hours. If I said “no,” then I vowed to change that.

The following month, E. moved to the residential center. While I could not raise her, my need for her to succeed made me unable to abandon her. I continued to mentor and visit her, hoping intermittent motherhood would be enough. And I slowly began to re-examine my future and reignite my tamped-down ambitions. I eventually found the strength to leave the tech field.

Today the internet is awash with essays by women bravely asserting child-free desires. They talk of mothering their nieces, nephews and the offspring of friends. Their words remind me that nothing is black and white. Even motherhood.

I spoke to E. the other day about her job as an accounts payable supervisor. She is 37 now. She described her Las Vegas vacation. I told her about the historical novel I’m working on. We laughed about the girl who once hated math. The girl who became a woman who spends her days focused on dollars and cents.

After hanging up, I thought about her letter that said, “I wish you were my mother.”

Then I turned on my laptop, hoping to get back to work.

Janet Lee has recently completed a memoir based on her almost motherhood. She lives in Harlem and can be reached at @janetleewriter. 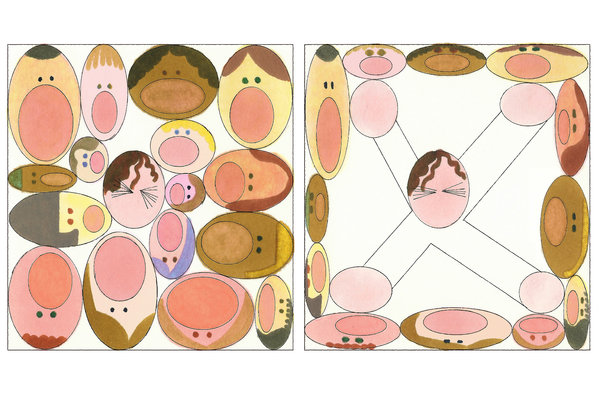 Rites of Passage is a project of Styles and The Times Gender Initiative. For information on how to submit an essay, click here.