Sure that she was dying, Jo Daniels, 42, was diagnosed with a condition that genetic experts say affects one-in-a-million. 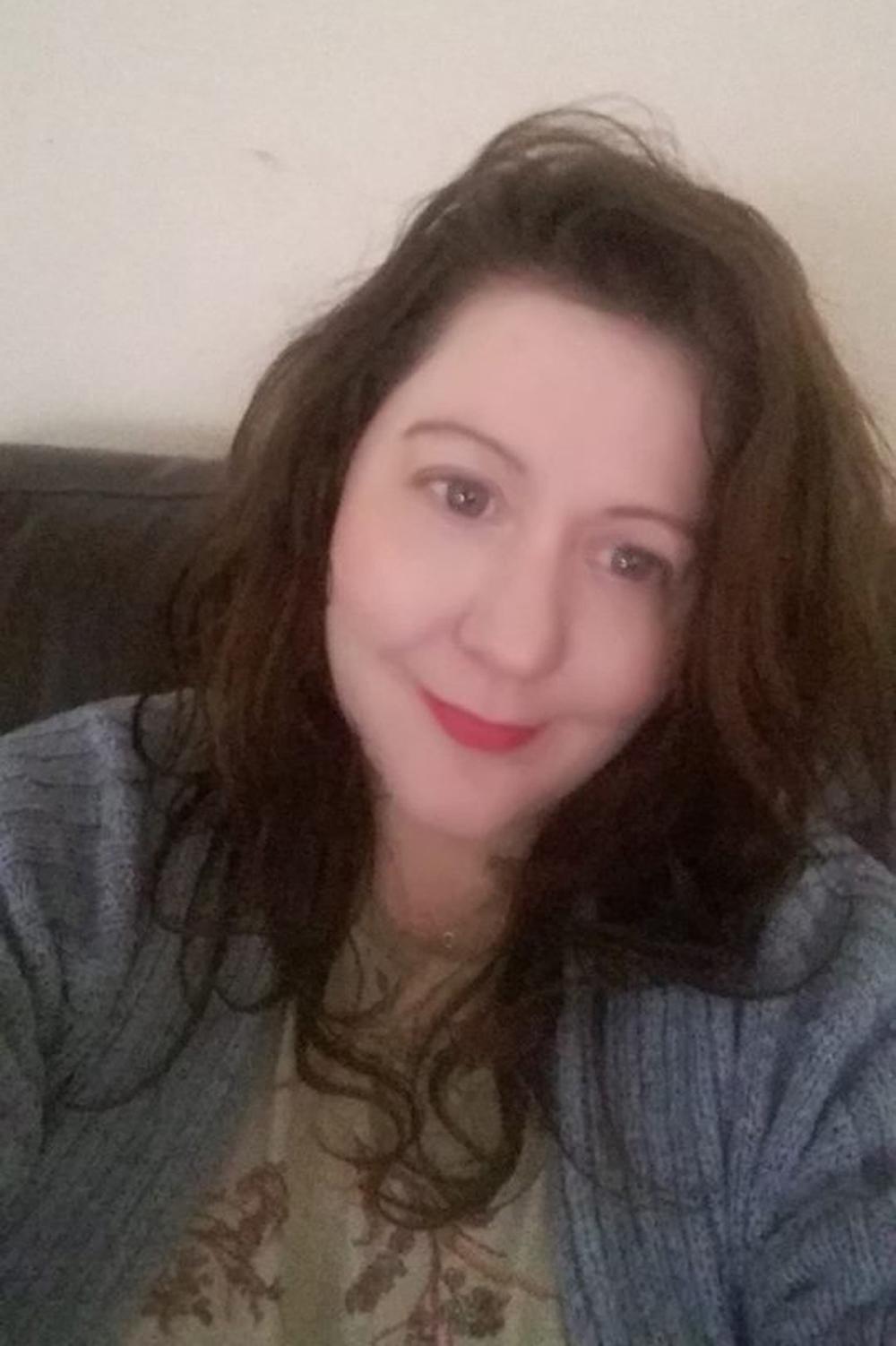 It all began back in February, when she began to cough and assumed that she simply had a cold.

Over the next five days, however, she started to develop large ulcers in her mouth and painful welts around her eyes.

Her GP put her symptoms down to measles and gave her some antibiotics before asking her to come back for tests.

Jo said: “I knew it wasn’t measles, though. 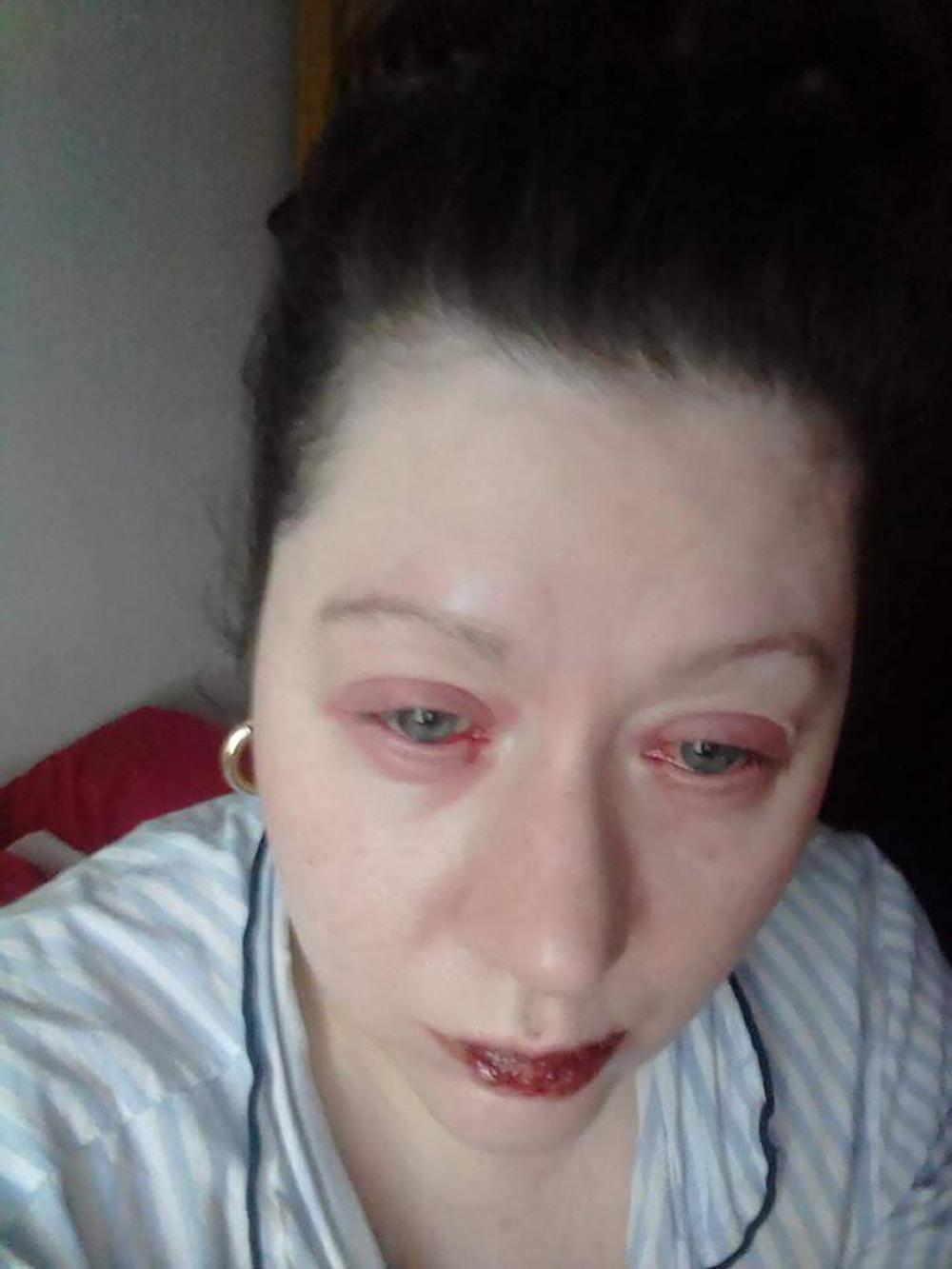 “By that stage, my symptoms were so bad that I was having to swallow clots of blood that were building up in my nose and I was constantly spitting blood. I was barely able to see, because my eyes were bleeding. I was terrified.

“I was convinced I was going to die. The symptoms were horrific and unlike anything I had ever heard of before.

“It was like having severe burns across the whole of your mouth, nose and eyes and I was in constant pain, unable to eat or drink anything apart from small amounts of water.

“At its worst, parts of my face were starting to fall away and I remember one day finding a big chunk of something in my mouth – which I then realised was a bit of the inside of my cheek that had come away. It was as though I had leprosy.” 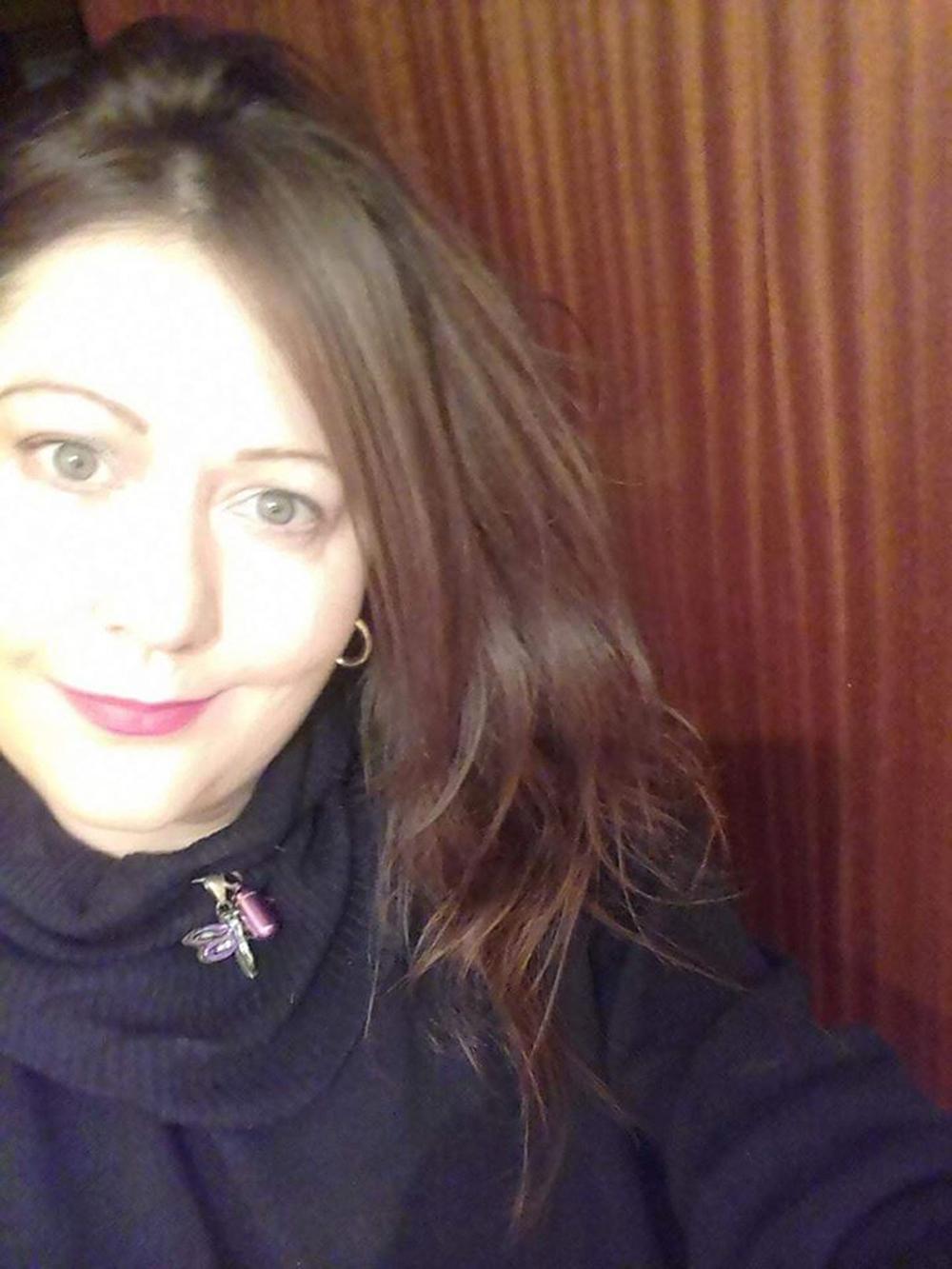 After having blood tests at Morriston Hospital, Swansea, doctors confirmed that she was actually suffering from Stevens-Johnson syndrome, a potentially life-threatening condition that affects the skin, mucous membrane, genitals and eyes.

It was the first case they'd dealt with, and they believed that Jo's condition had been caused by an infection which her immune system was reacting violently towards.

But Jo's symptoms continued to get worse before they got better. 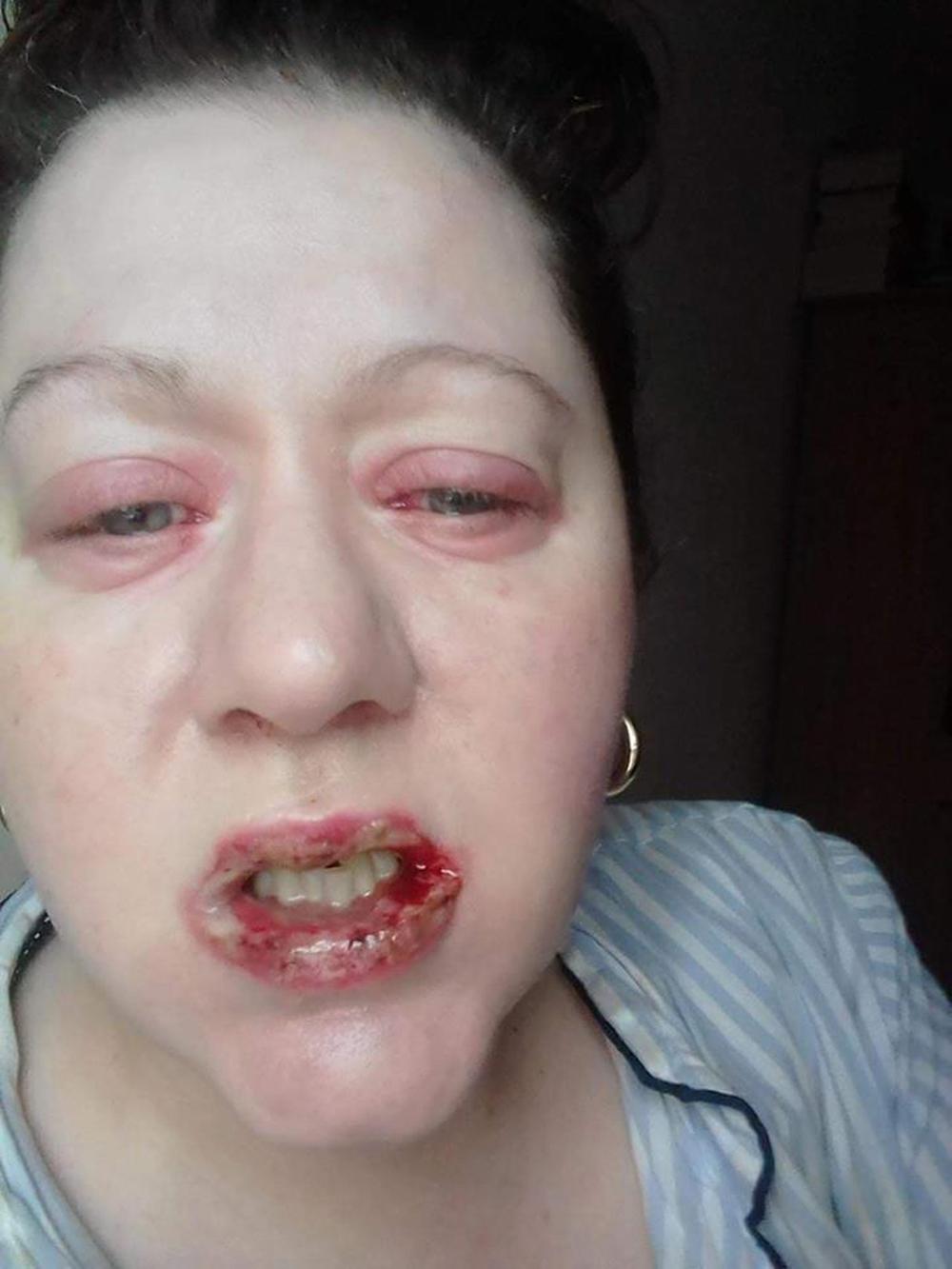 "I couldn’t leave the house or do anything at all because I couldn’t see,” said Jo, who was looked after throughout her illness by her mum, Diane.

“I tried eating soup and jelly, but it was just too painful for anything to touch the ulcers all along my mouth and throat – so I ingested nothing for that whole time, except for water.”

Once her sores began to heal, Jo had to deal with big chunks of dried skin falling off her lips and mouth, and she began to worry that she'd choke on her own flesh as the inside of her mouth started to peel.

After three long weeks, she could finally see and eat again. 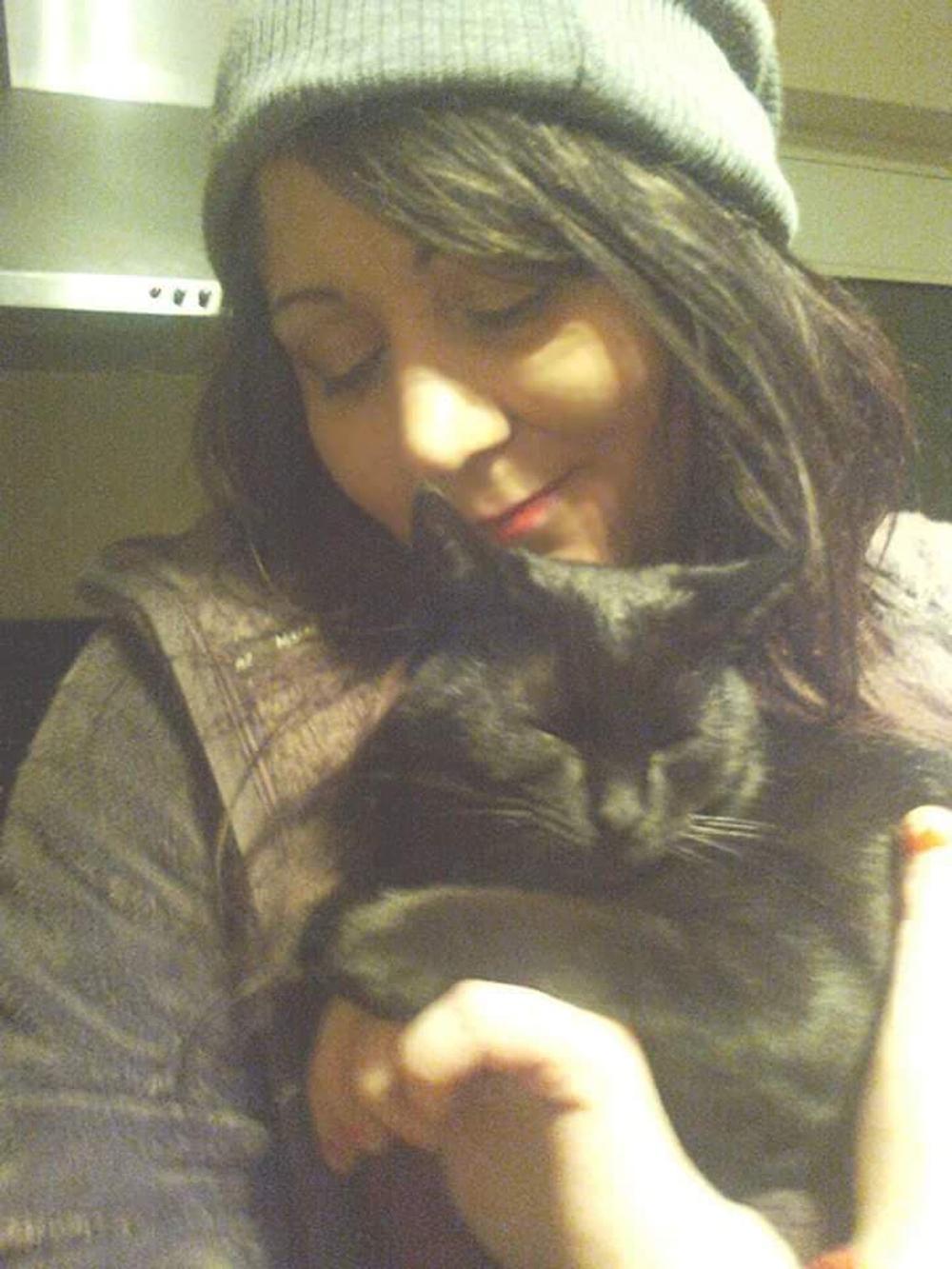 But the experience has left her traumatised.

“My vision is now very bad because of the sores that were in my eyes,” she said.

“But, more than anything, I feel I have completely lost my confidence and my looks. Anyone who hasn’t seen me since before it happened would think to themselves, ‘What’s happened to her?’ because it has transformed the way I look.

“Now I have bad teeth because it made my gums recede, my eyes are nearly always swollen and I can’t put make-up on, because I can’t see well enough to. 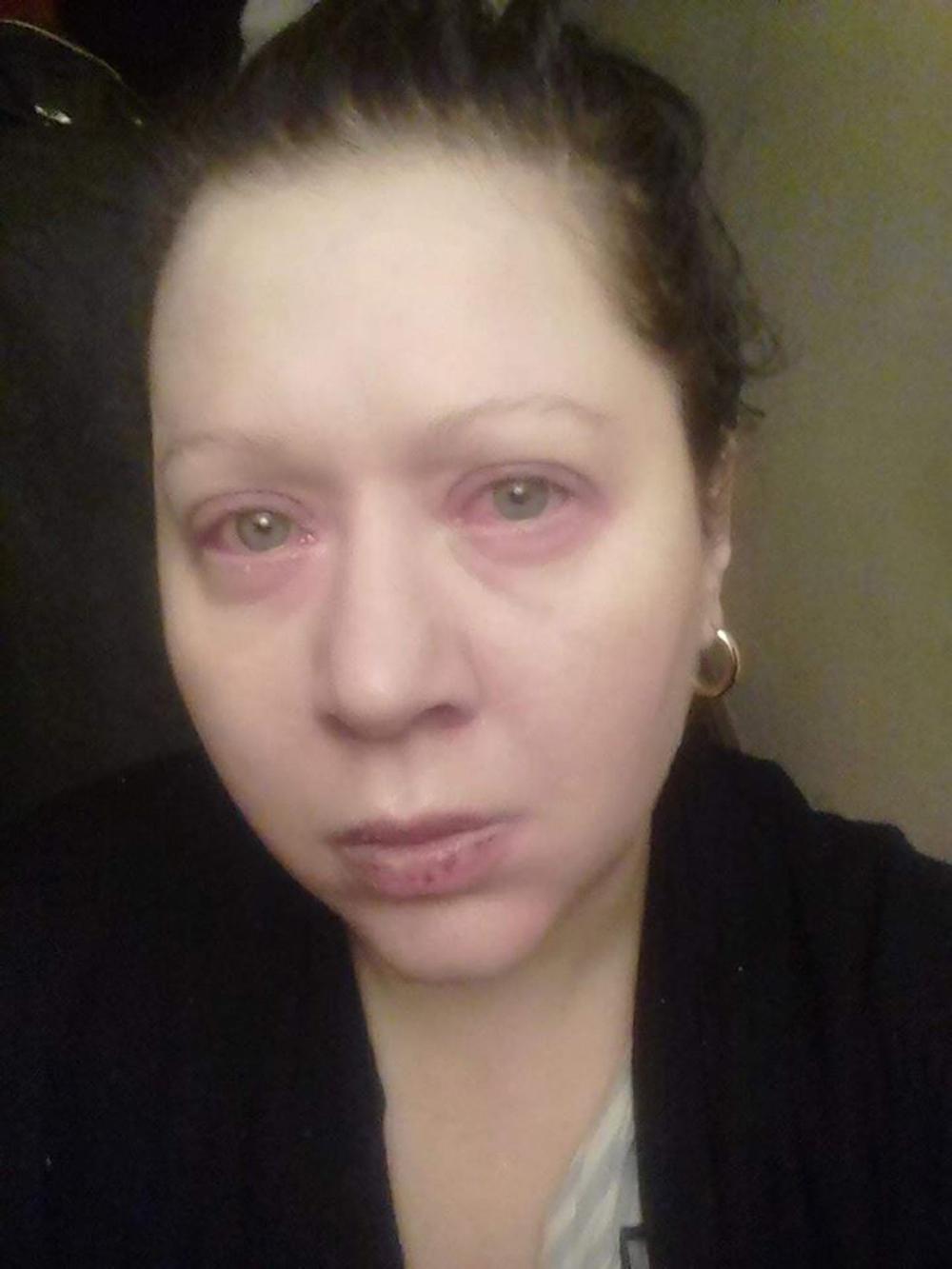 “I used to be a very sociable person, but I’ve been made an agoraphobic – meaning I don’t want to leave the house – by this terrible illness.”

And she also fears that she'll be struck down by the condition a second time.

“It is so rare that there is really so little information available about it,” she said.

“Even medical professionals couldn’t really tell me much about it at all and I feel like I can’t sleep soundly until someone can give me some answers and let me know that this will never happen to me again.”

But she's determined to try to get her life back.

“The illness has robbed me of this entire year and could well take more than that,” she said.

“But I have to stay determined to beat it.

“It’s been like going to hell – but I have to believe that I’ll get out the other end.”