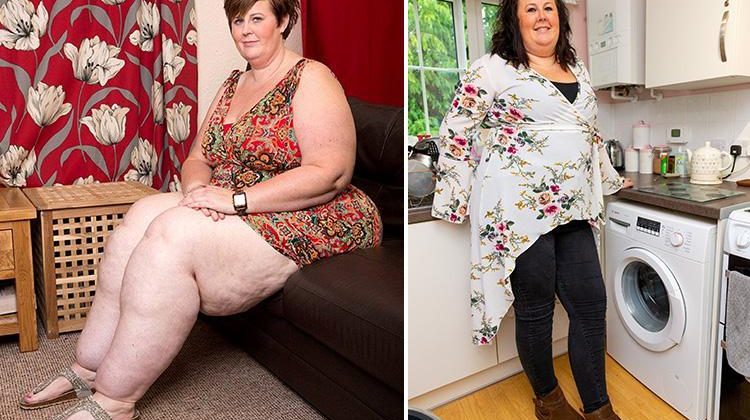 Claire Tickle, 42, suffers from lipoedema, an excruciating condition which causes an abnormal build-up of fat cells in the legs – causing them to swell. 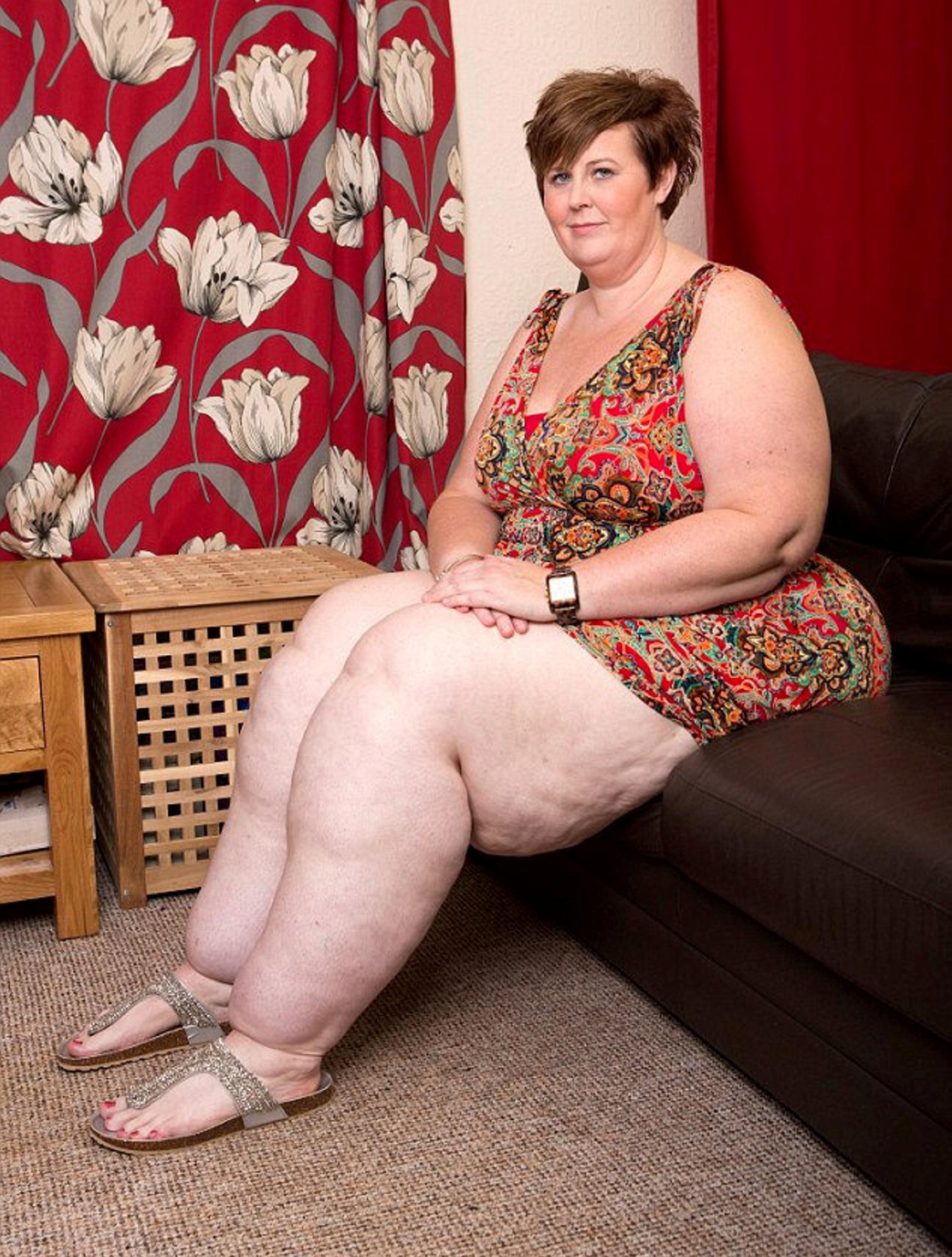 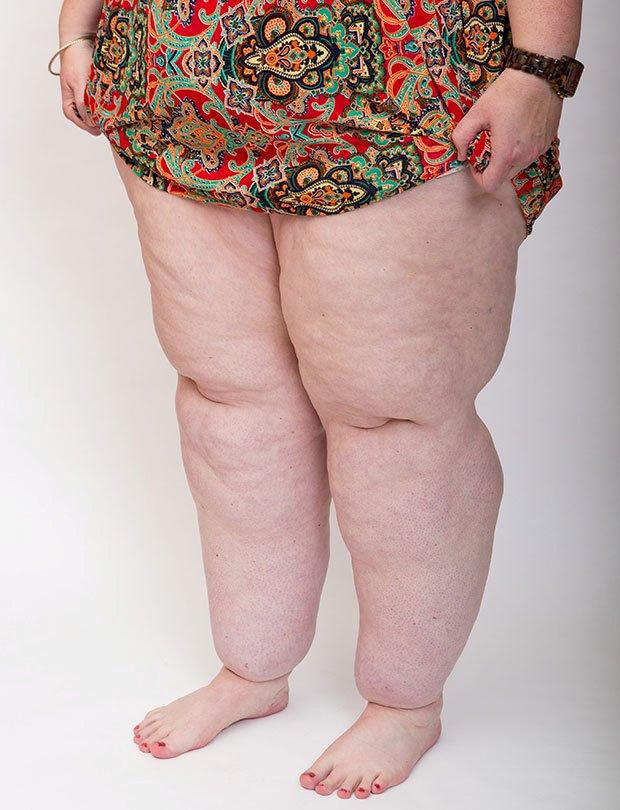 At her heaviest, the teaching assistant tipped the scales at 28st, struggling to fit into size 28 trousers.

But after going on a diet and shifting an impressive eight stone through diet alone, the debilitating condition still meant that her legs were still a lot more chunky that her top half.

"People were always staring at me every time I went out and I hated them thinking that I was fat," said Claire, from Eastleigh, Hampshire. 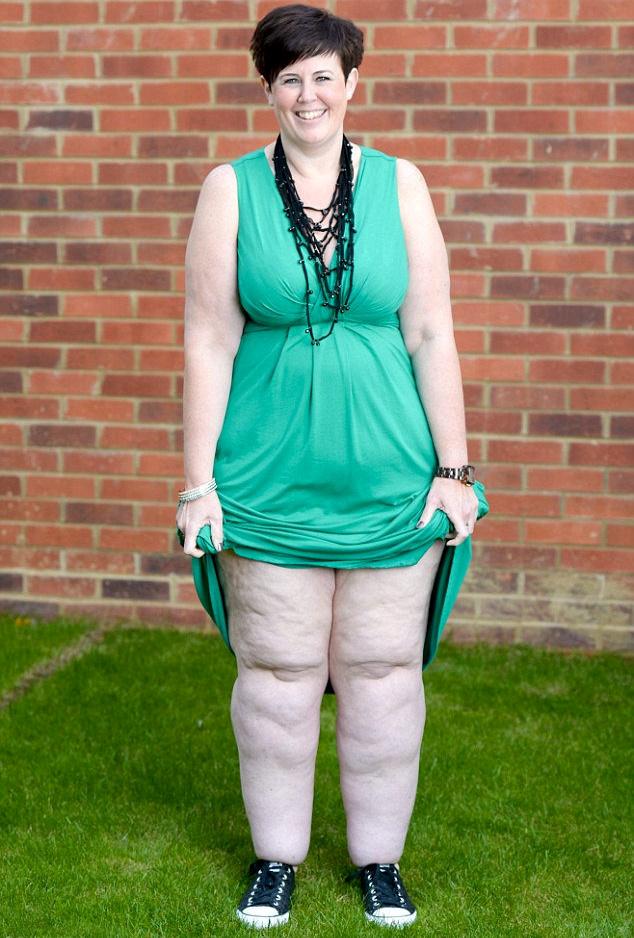 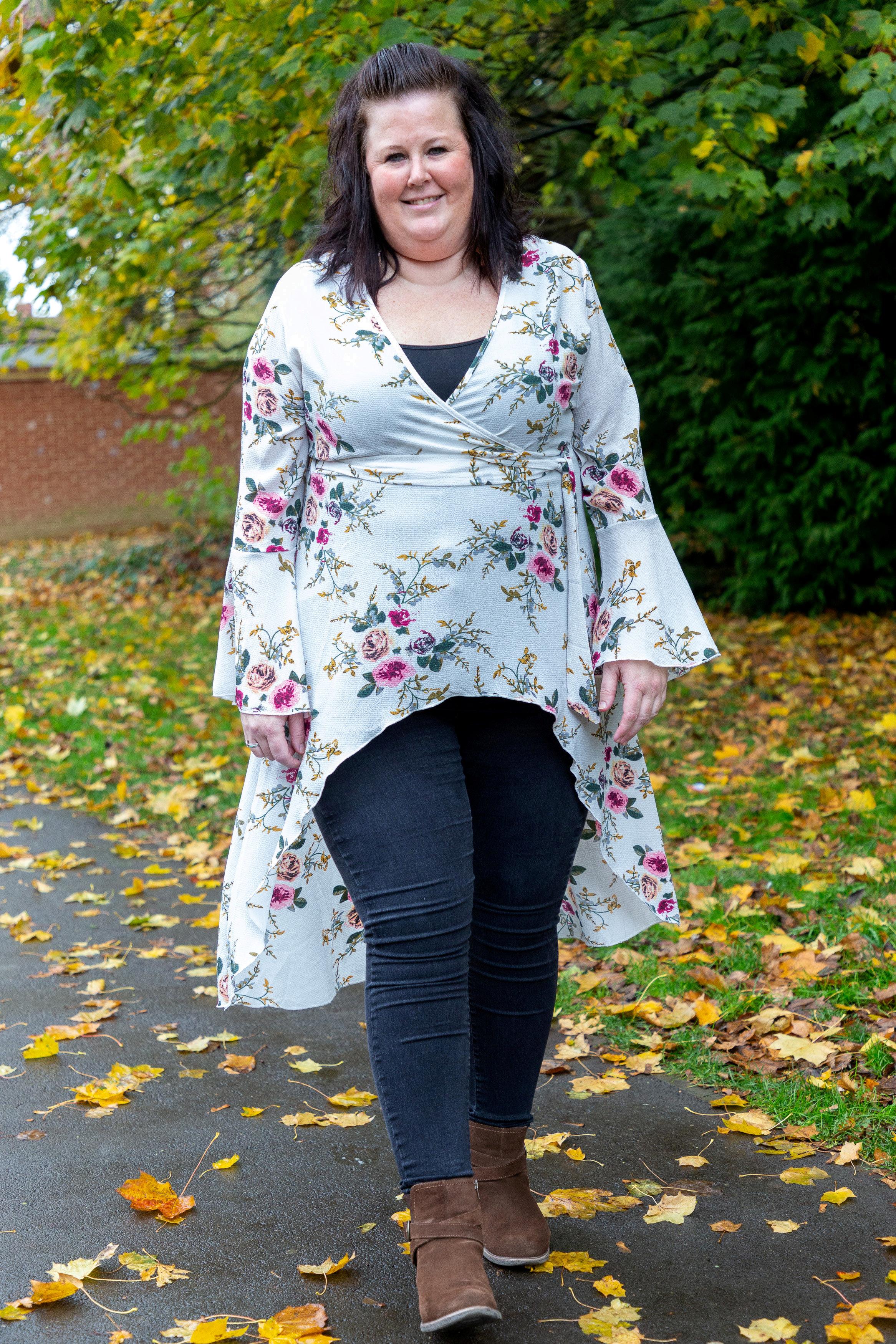 "I wanted to tell them it wasn't my fault my legs were so big but I couldn't. It looked like someone had tied elastic bands around my ankles.

"After the final operation, I felt extremely relieved. Suddenly I felt I had the best body confidence in the world.

"I looked at my body and realised how much I had transformed. It was the perfect moment for me.

"For me, I was finally able to do things which I would just dream of, including playing with my ten-year-old son and going out with friends."

Lipoedema is a chronic condition which only tends to affect women.

It's where there's an abnormal build-up of fat cells in the legs, thighs and bum, and sometimes in the arms – but not the feet or hands. That creates a kind of "band-like" appearance just above the ankles and wrists.

The cause isn't known.

It usually starts at puberty or other times of hormonal change like pregnancy or the menopause, which suggests that hormones do play a part in its development.

There's been very little research into the condition but the NHS says that it's important to avoid putting on any significant weight because that'll just add to the fatty swelling.

You can't diet your way out of lipoedema, however.

The only really effective solution is liposuction.

Claire was 16 when she first noticed large bulges around her ankles. They continued to swell in size, but she was only diagnosed with lipoedema in 2008 after doctors prescribed her tablets for water retention.

Claire said: "After the diagnoses, my legs continued to balloon to 36 inches around my thighs by January 2014.

"It was at this time that I weighed in at 28 stone and struggled into size 28 trousers and size 20 tops and consequently decided to go on a diet to try and shed the pounds. 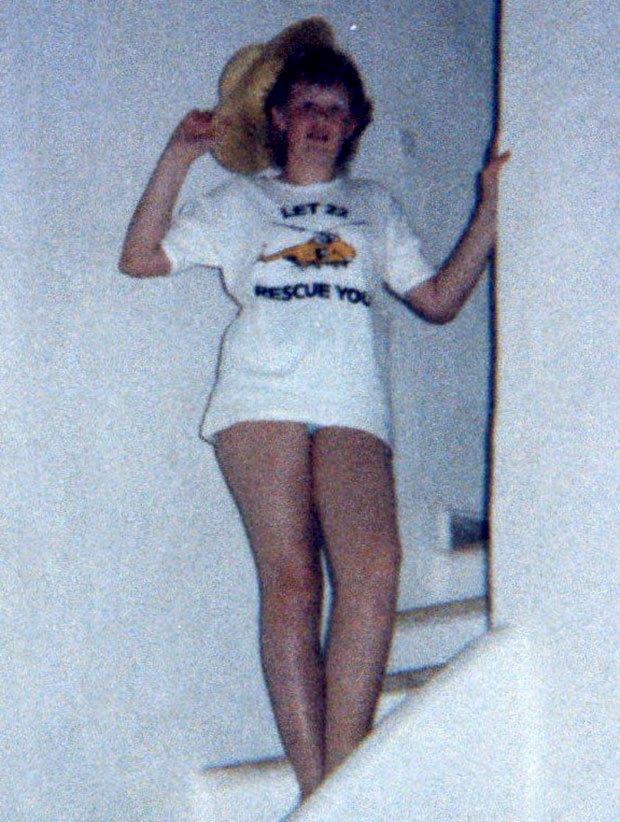 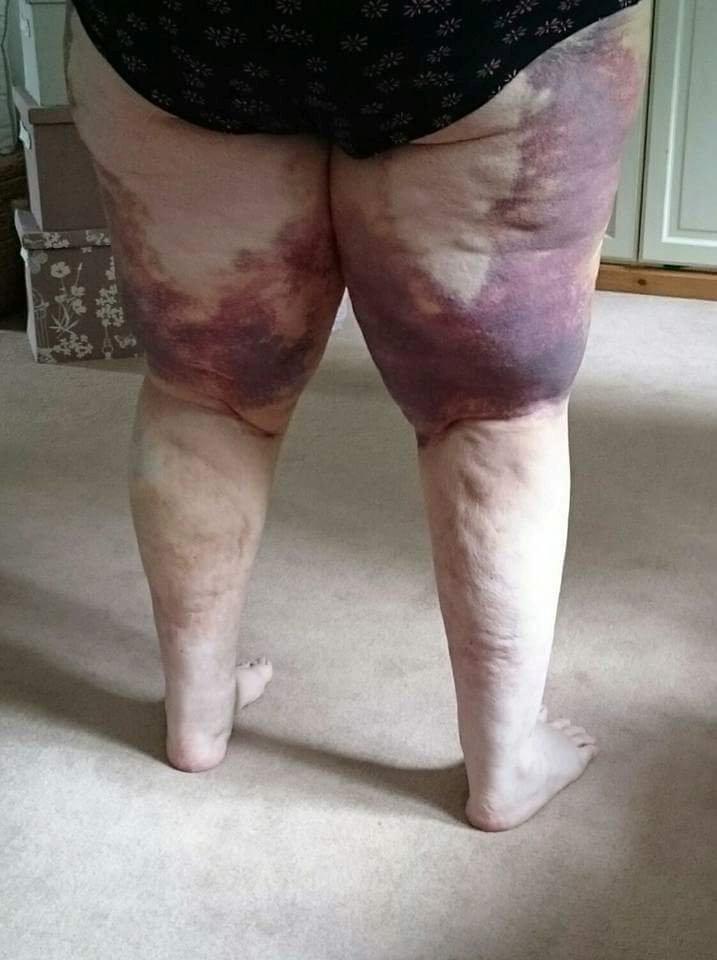 "I joined Slimming World with a typical diet of scrambled eggs for breakfast, a ham salad for lunch and rice and vegetables for dinner.

"Over the next 18 months, I lost 4lbs a month on the upper half of my body and I could clearly see the difference."

But at 19st and 11lb, Claire says that her size 22 legs were still like "tree trunks" compared to her size 16 top half.

Medics told her that the incurable condition could eventually leave her permanently wheelchair-bound, so she set about finding private liposuction. 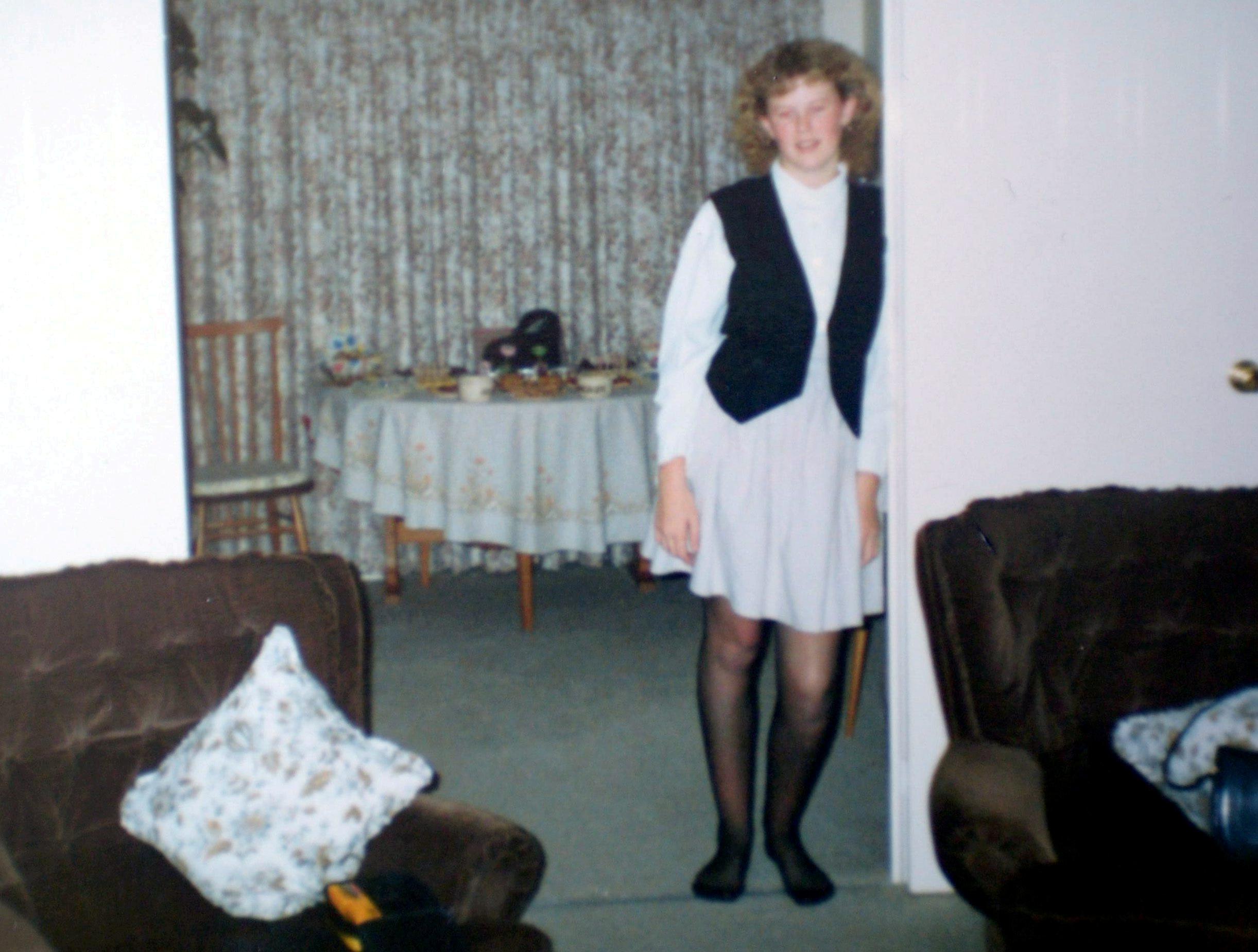 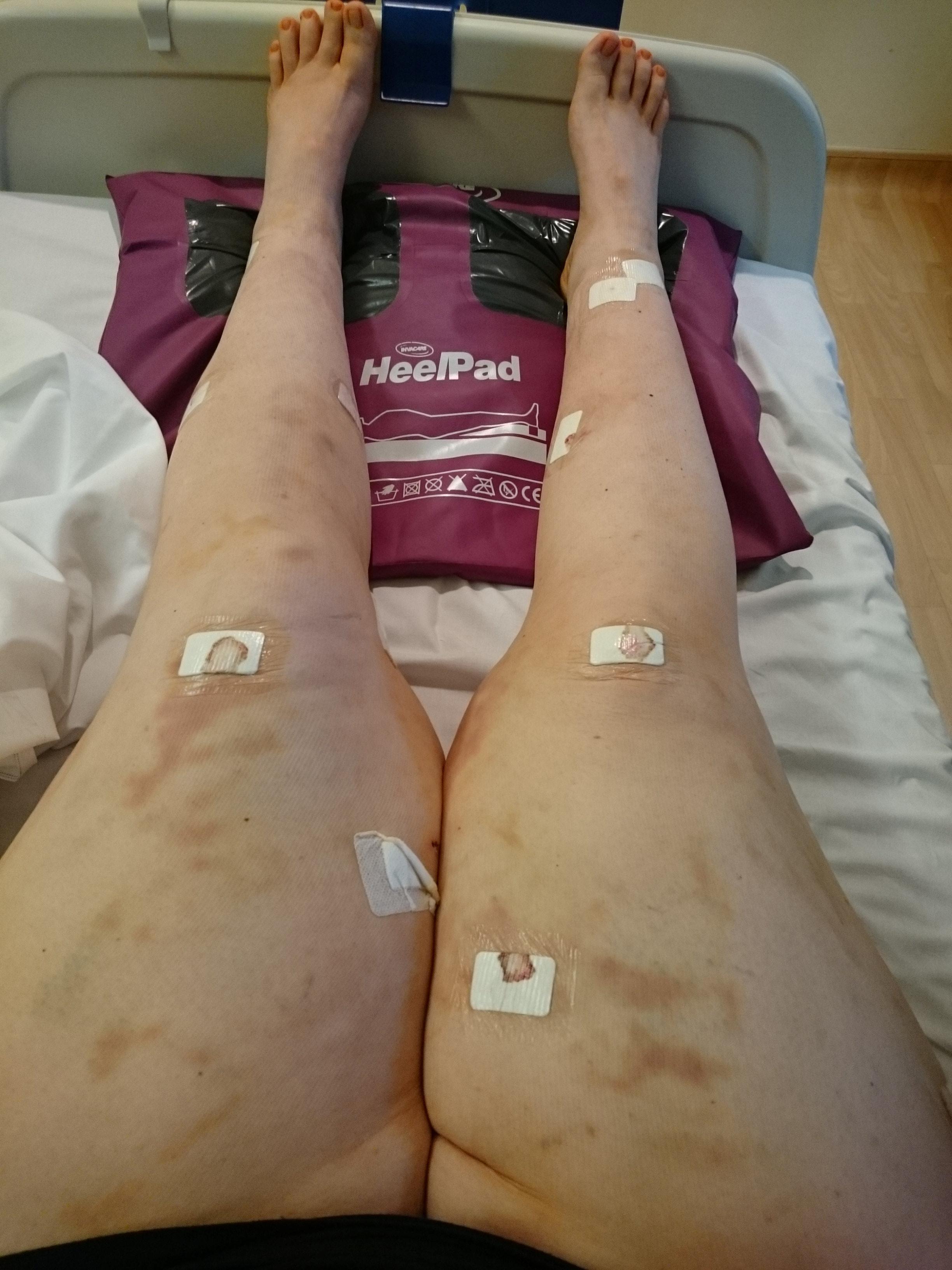 She then travelled down to the Spire Parkway Hospital in Solihull for her ops – the first three of which took place in April, July and October 2016. Surgeons removed 32 litres of fat from her lower thighs, knees and lower back.

The rest was removed in three stages the following year, as well as having a further 35 litres of fat taken from her bum, upper chest and abdomen. She also had a breast reduction to even out her body shape. 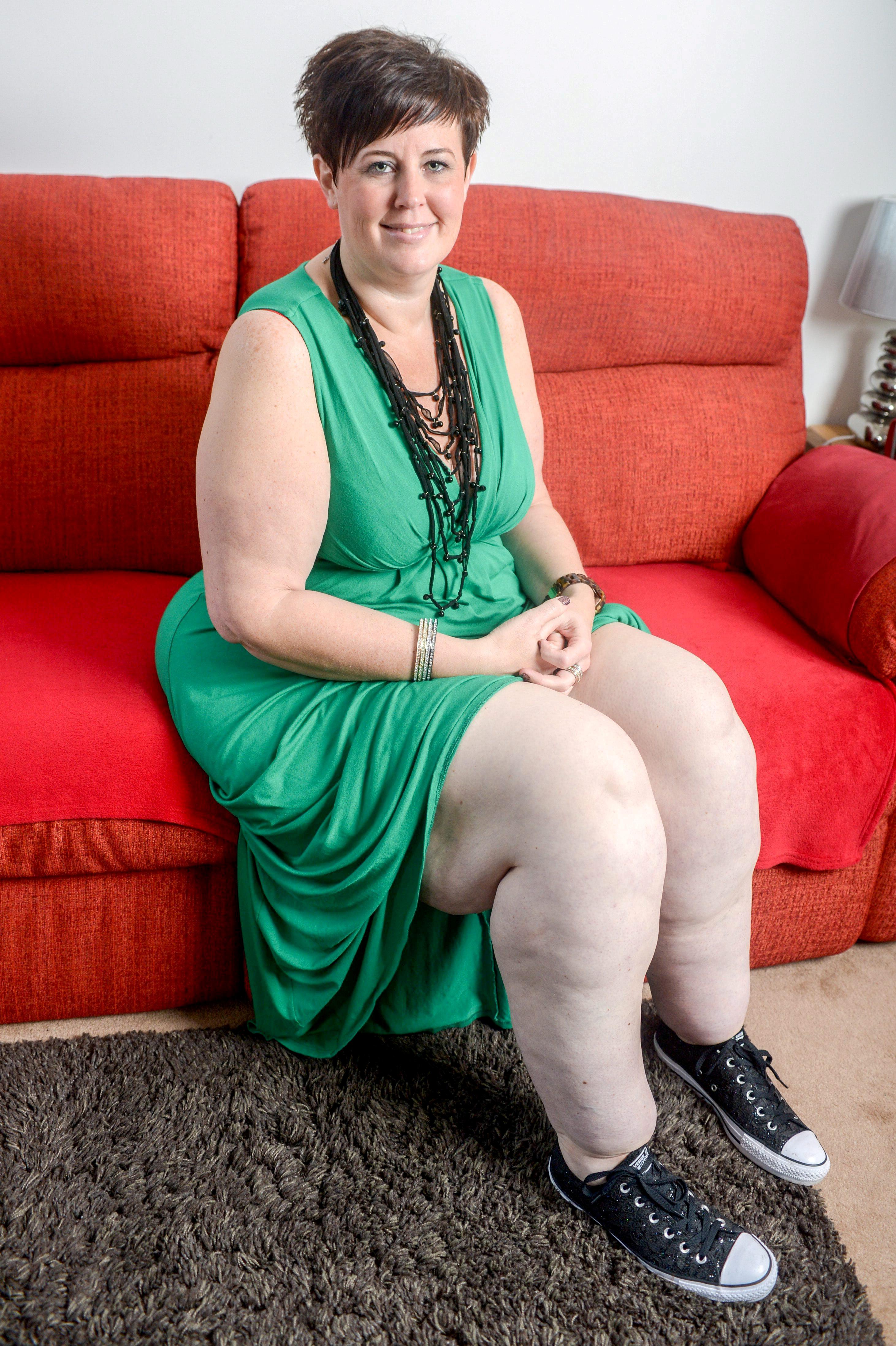 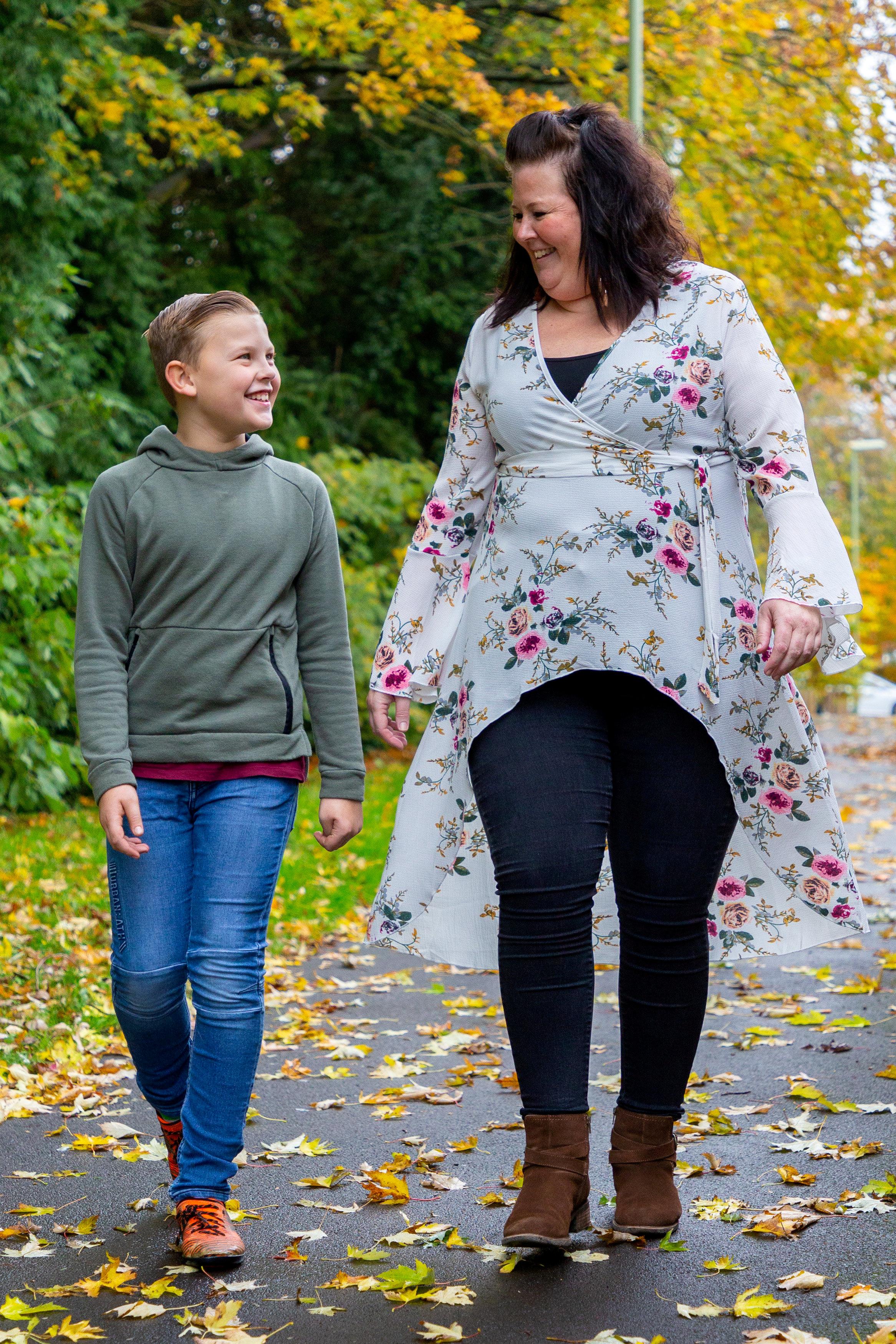 Claire said: "I couldn't have everything at once, so I had to split the operations with a four to six week recovery period between each.

"After each operation, I was slowly feeling significantly much better about myself and I could see the light at the end of the tunnel."

Her last three ops were to remove the final six litres of fat from her upper legs, and to improve the appearance of the scars caused by the previous procedures. 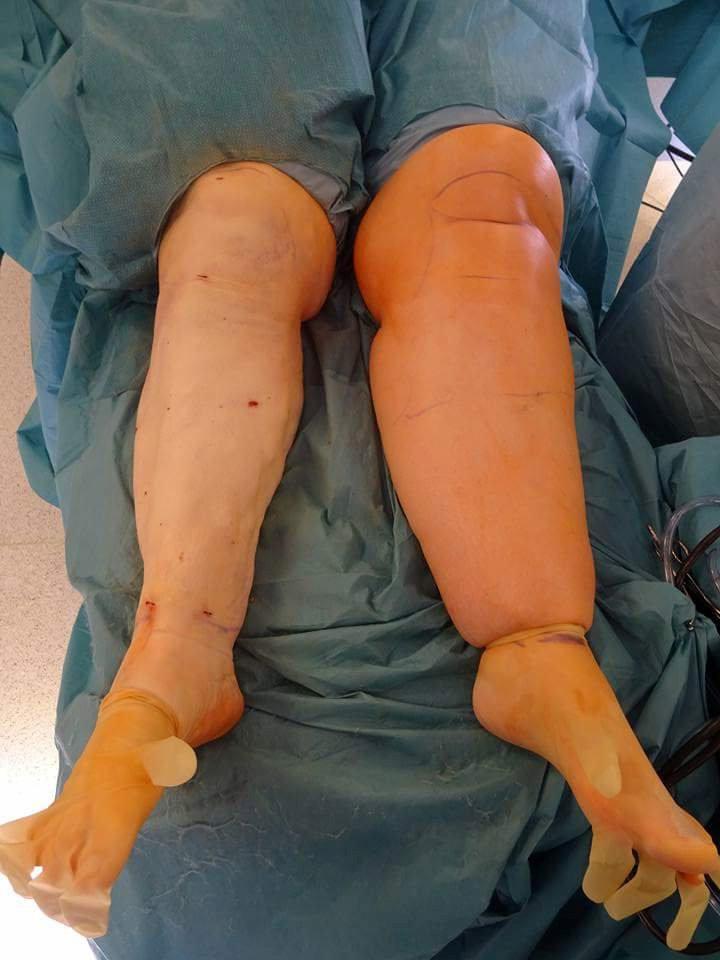 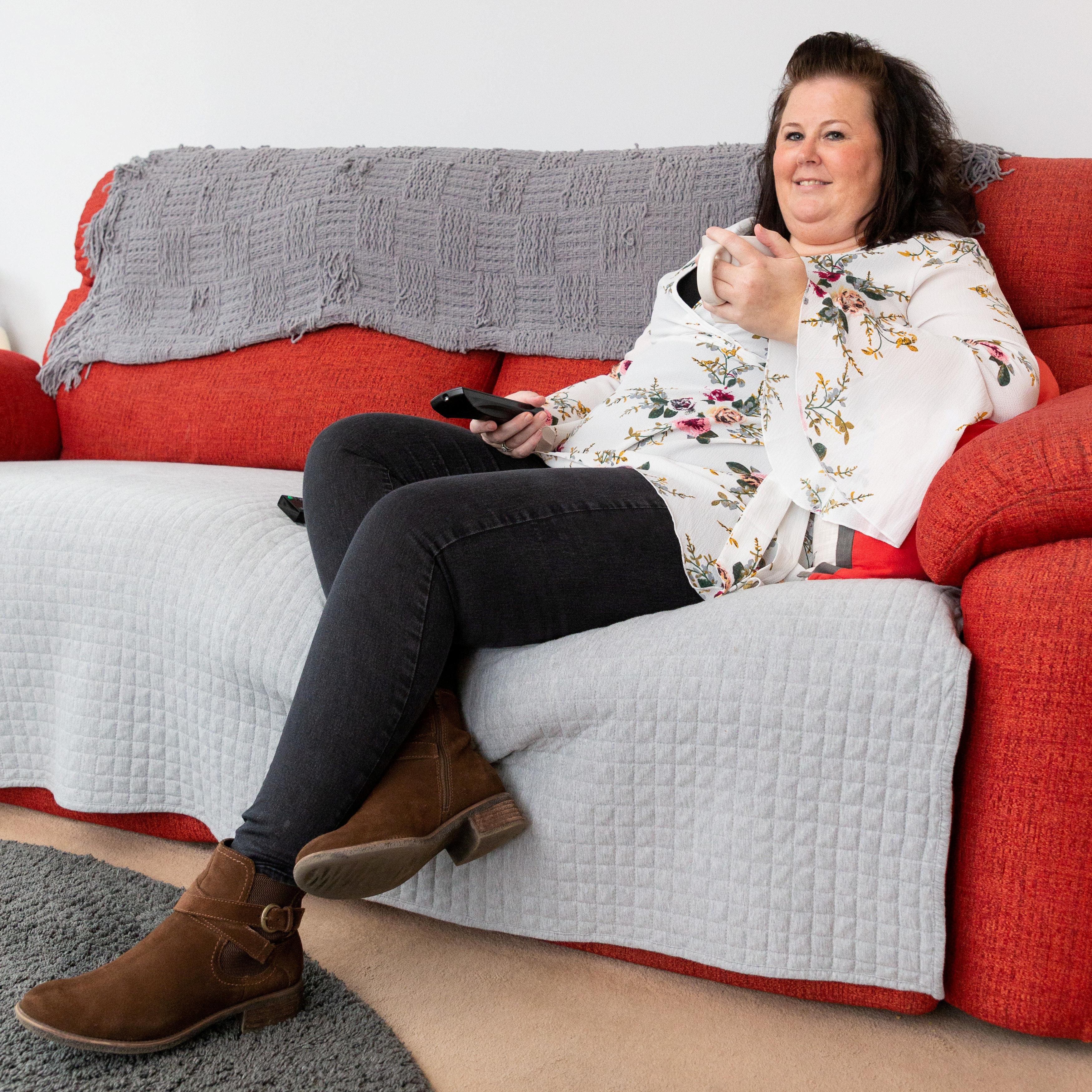 She's also had a tummy tuck to get rid of 9.45kg-worth of excess skin.

As a result of her renewed self-confidence, she's managed to meet a partner earlier this year through a dating site.

Claire said: "My condition meant that I was just simply closed off and wouldn't talk to any men at all.

"This lasted for more than ten years but I met my first partner in May and feel much happier. I can not thank my dad enough.

"I am pain-free and able to walk around much more comfortably and my mobility is back 100 per cent.

"The treatment can transform a woman's life so I would certainly encourage them to have it if they can afford the cost."