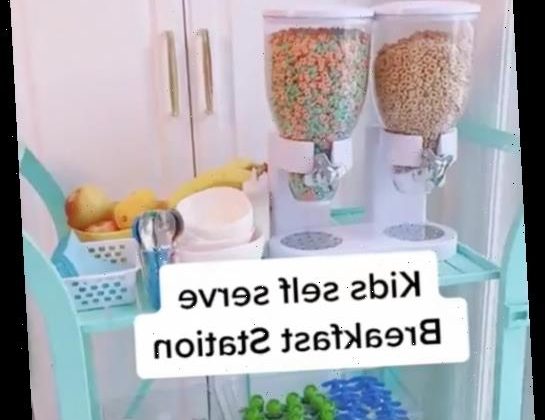 FED up of having to make your kids’ breakfast every day?

A savvy mum has shown how she has solved the dilemma by making an epic food station so her children can serve themselves each morning – and they apparently love the freedom. 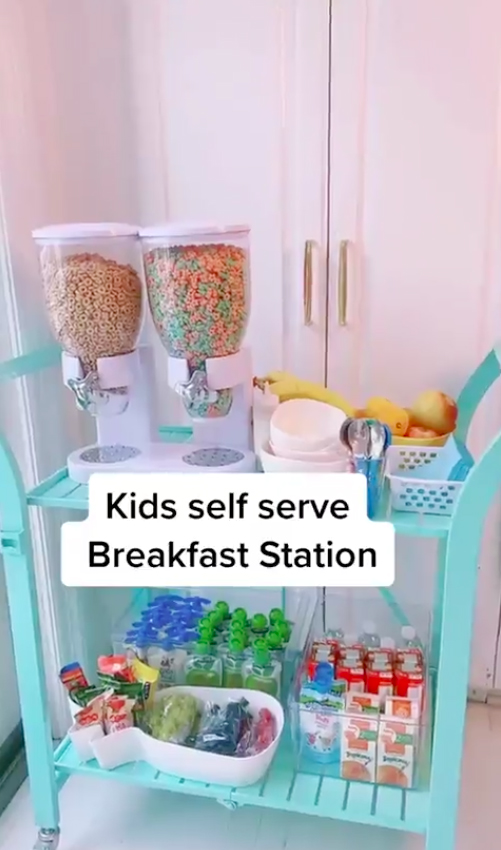 TikTok user @athomewithshannon showed how she made a “mum hack” station that has big cereal dispensers, a squeezy milk container to avoid spills and lots of fruit juices.

The helpful mum has also chopped up fruit and placed in plastic Ziploc bags so the pieces keep fresh.

There’s even napkins and accessible cutlery so the kids have everything they need without disturbing her.

All in all, the station looks like a colourful hotel buffet and would be exciting for kids and adults alike. 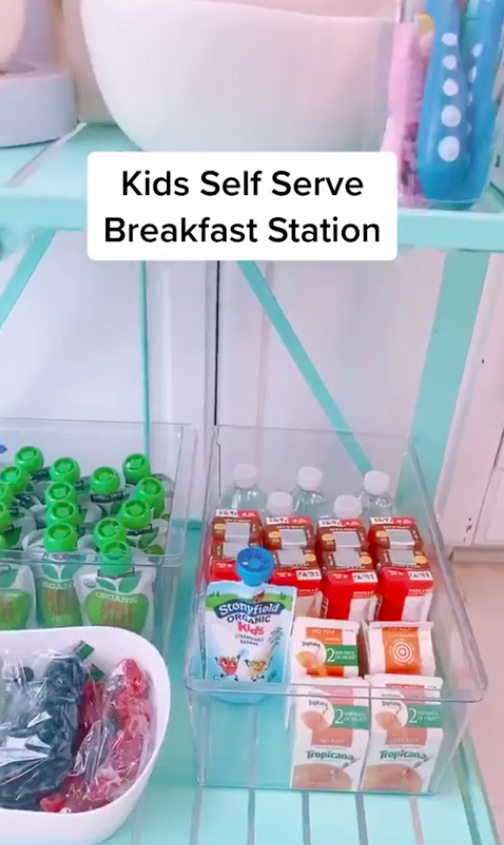 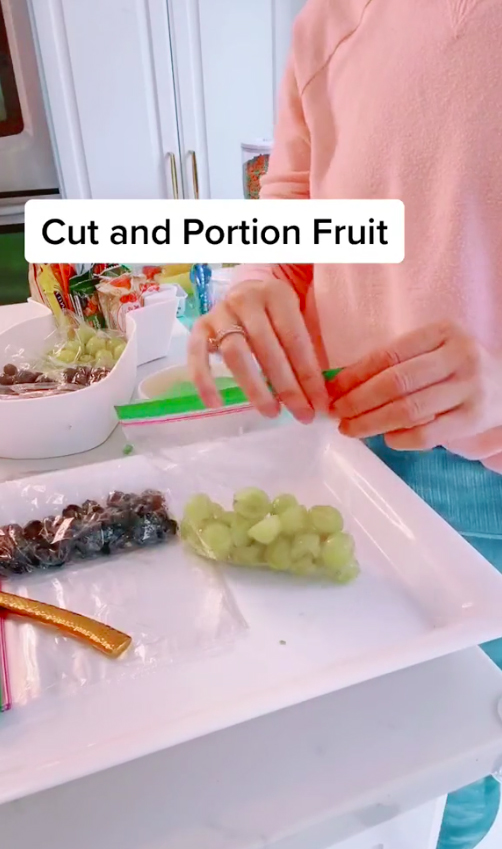 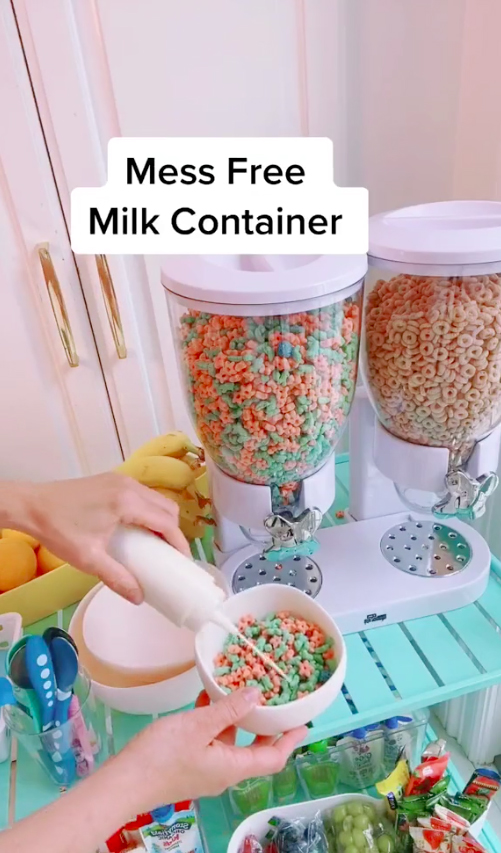 Despite her incredible creation, some people joked that the station would be a mess after just one day.

One person wrote: “This is a great idea but I would be deathly afraid to wake up with cereal covering my entire kitchen floor.”

A second agreed saying “There is no such thing as mess-free.” 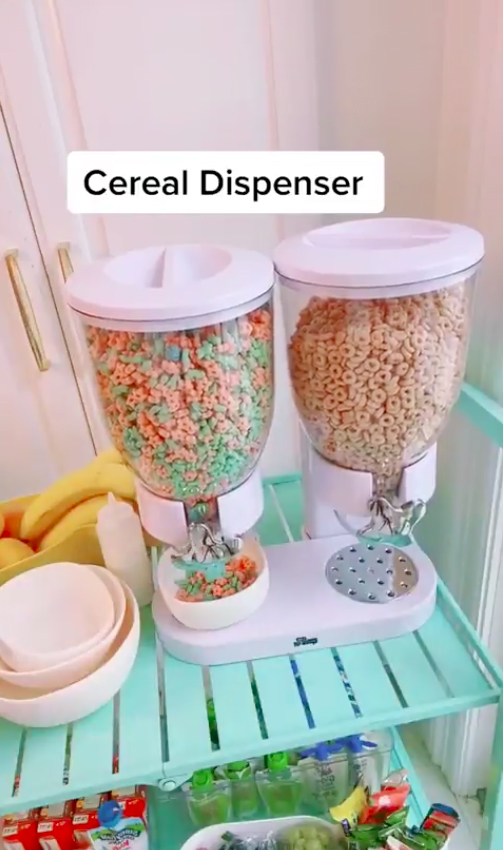 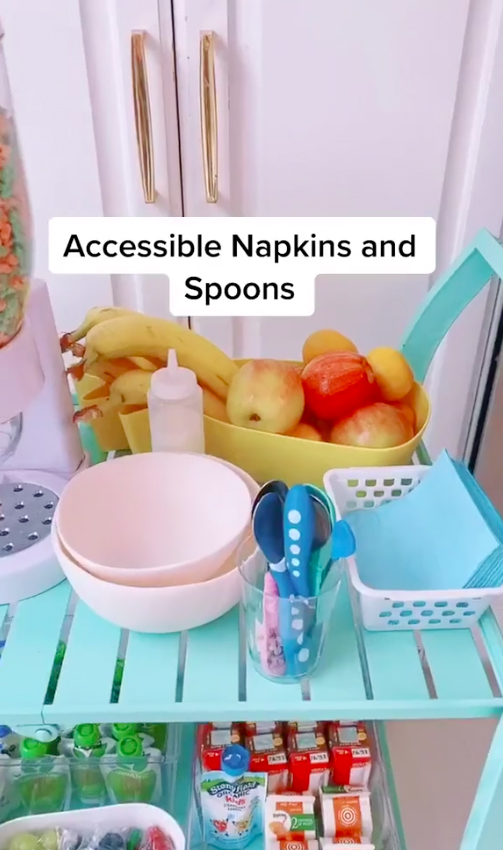 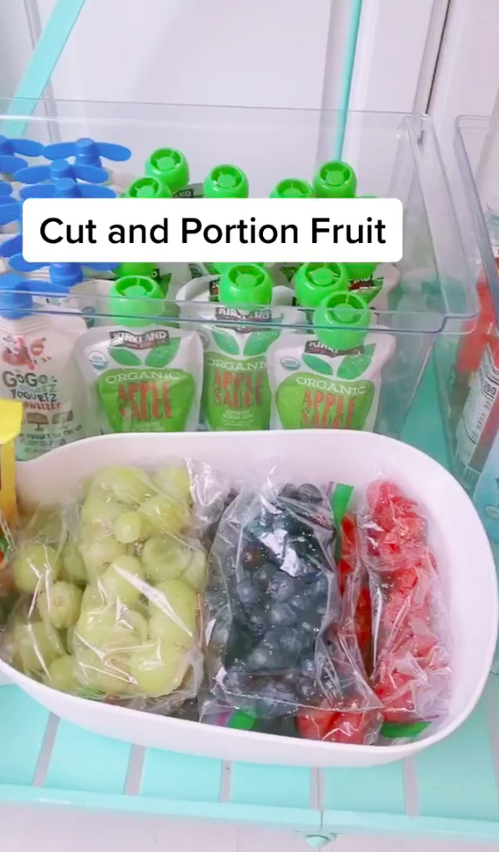 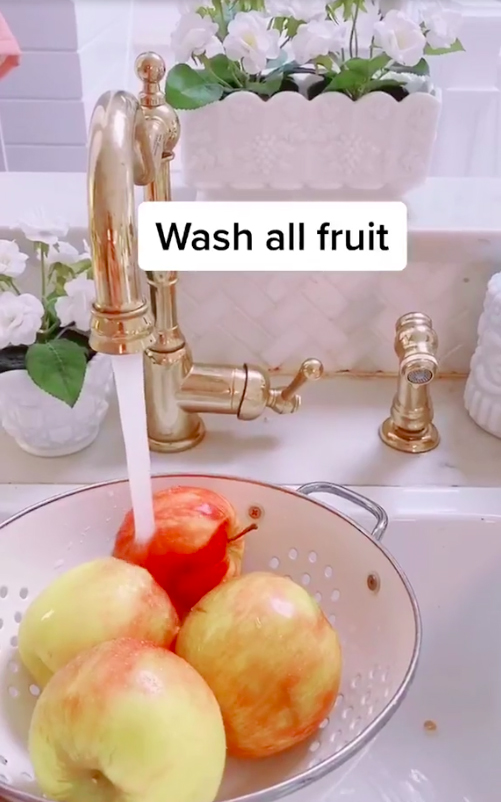 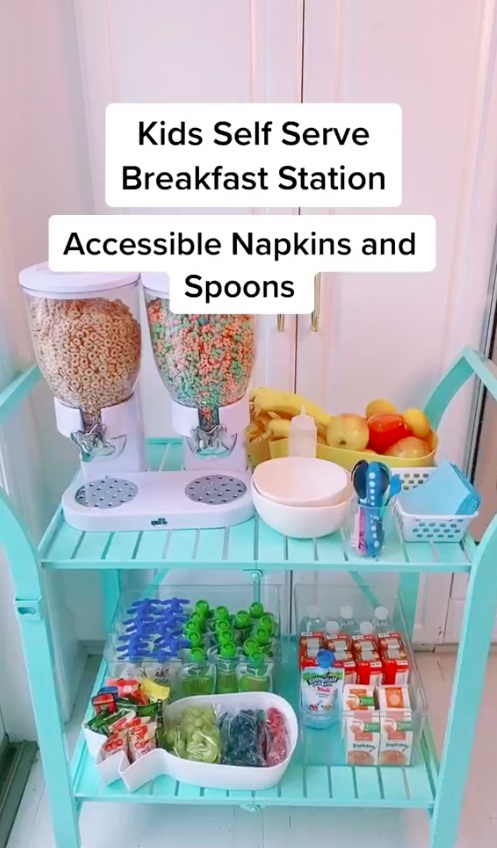 However, Shannon replied saying: “They love the freedom soooo much that they totally respect it.”

Another TikTok user commented saying: “I’m 21 and I love this for myself.”

And someone added: “This is what I expect of myself as a mother omg.”

Meanwhile, a woman shared her ‘ultimate mum hack’ to get kids ready quickly in the morning and it only costs a couple of quid.

And a mum saves time by putting her daughters to bed in tomorrow’s clothes and insists it’s a morning lifesaver.