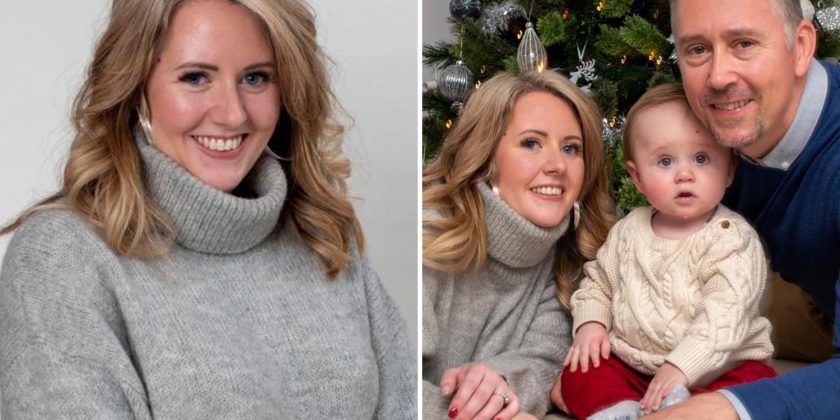 But the sales administrator could think only of the man she had met at her office party six days earlier. 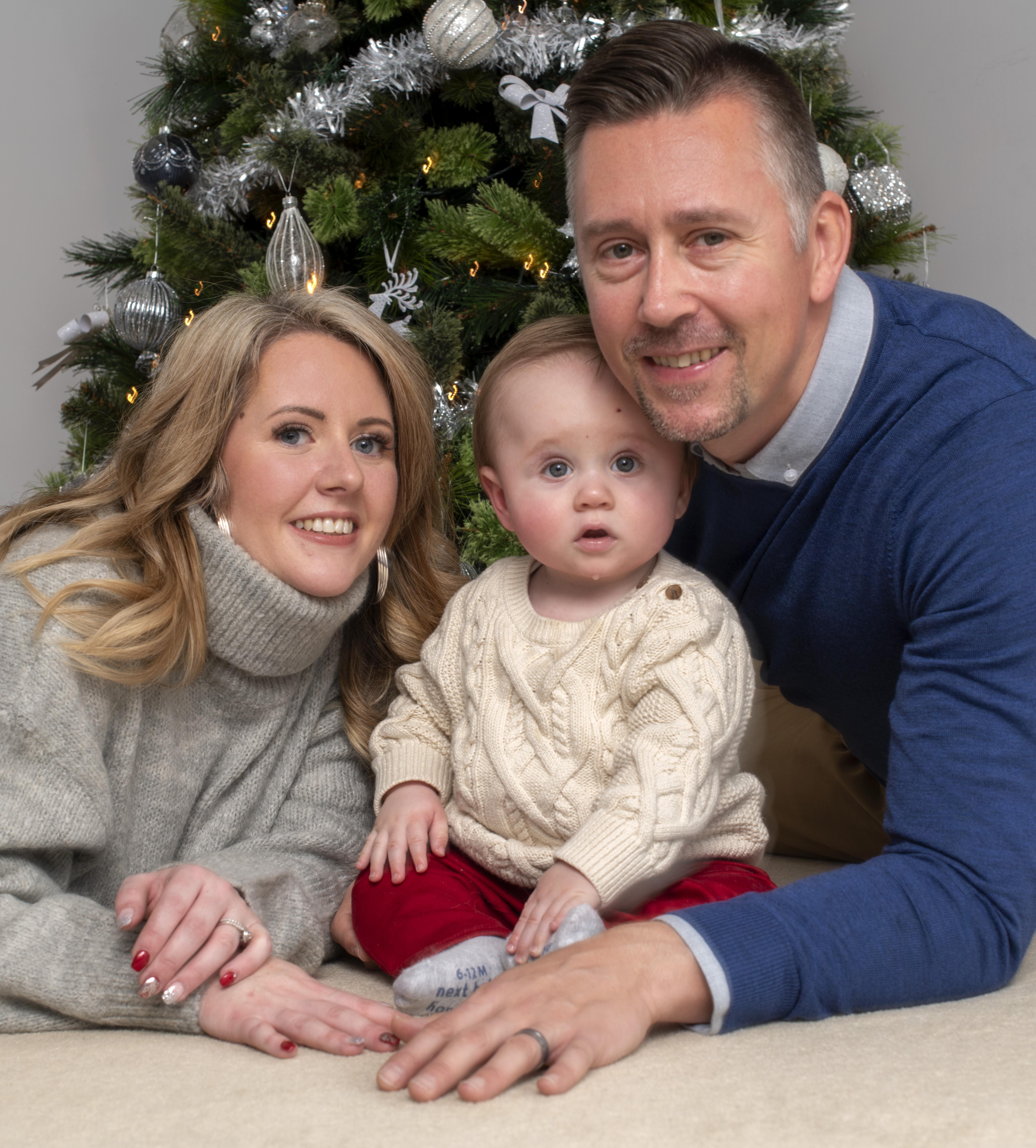 Instead of faking that festive ­feeling, Susannah tracked him down on Facebook — then ended her relationship of seven years on Boxing Day.

The risky move left her ­Christmas in tatters. But when she met up with party heart-throb Ben after the holidays, she knew it was the right decision.

Now married, the couple are celebrating their first Christmas with ten-month-old son Miles — and Susannah is sure she will never endure another miserable December.

Susannah, 35, says: “Meeting the man of my dreams at the Christmas party was incredible.

“Leaving my fiance was heartbreaking but I knew if I could feel like this about a man I’d met for just five minutes, we didn’t have a future worth ­fighting for.”

Glammed up for her work do at a posh hotel in Buckinghamshire in 2010, Susannah never imagined starting a new life.

She says: “I was settled with my ex Parker* but was sick of quiet nights in. I’d made an effort to look glam, with false lashes and an electric-blue dress.

“I needed a night out after a rubbish year. It was a struggle when I was made redundant from my full-time position as a credit controller and I’d been clawing in hours at the firm where I was a part-time proof reader. At least it earned me a place at the Christmas do! 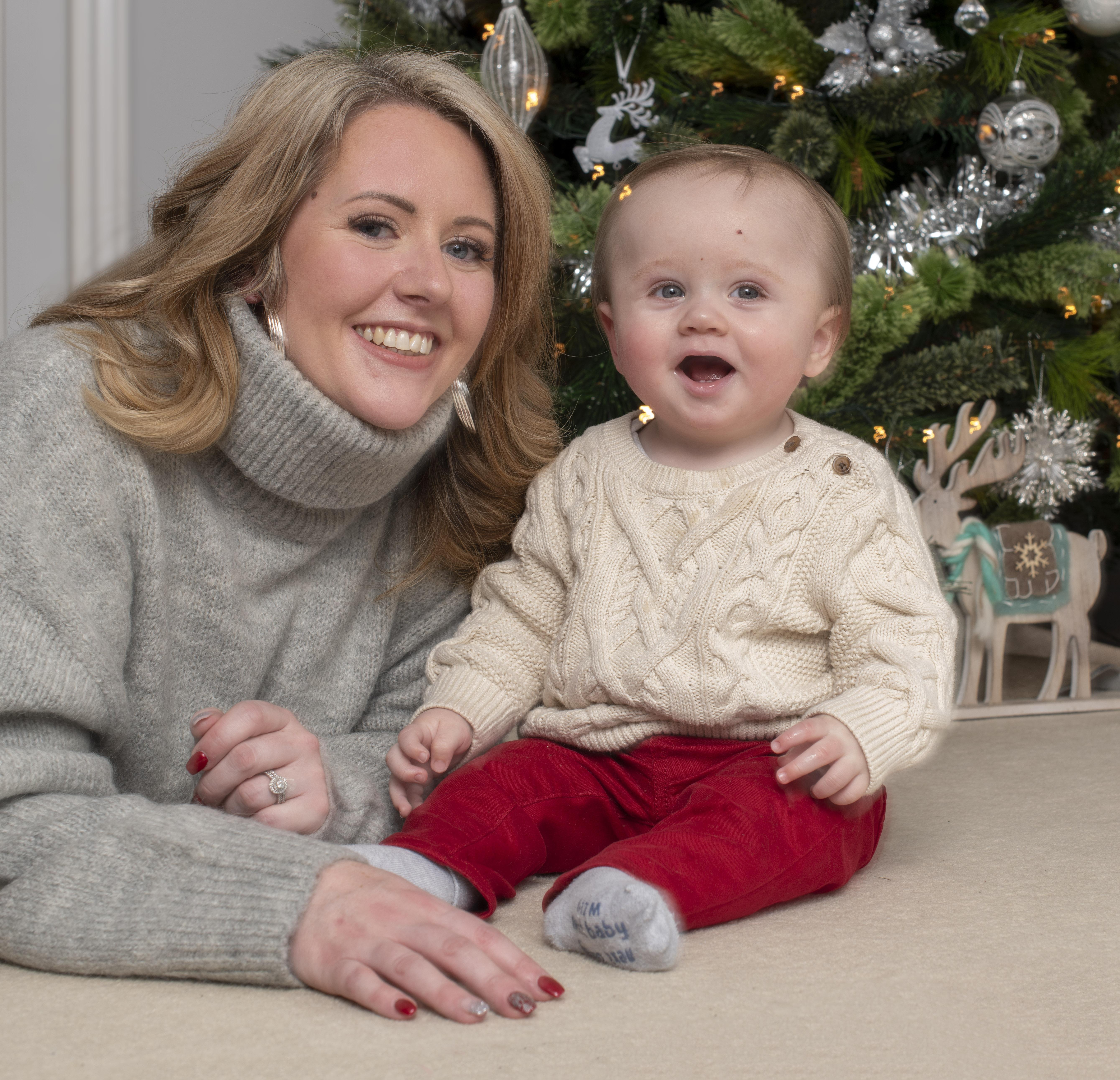 “At the hotel, I headed straight for the bar, grabbed a glass of bubbles and launched into mingle mode. I noticed a guy and said to a friend he was a real ‘silver fox’. When I caught his eye, I blushed. He came over and introduced himself as Ben.

“He said he was the head of account management at the market research company.

“Before I got to find out anymore, we sat down for dinner! I had a great view of him but we weren’t close enough to talk. He even looked hot in a paper hat!

“My tummy did a flip every time we caught each other’s eye. But after dinner, he vanished.” 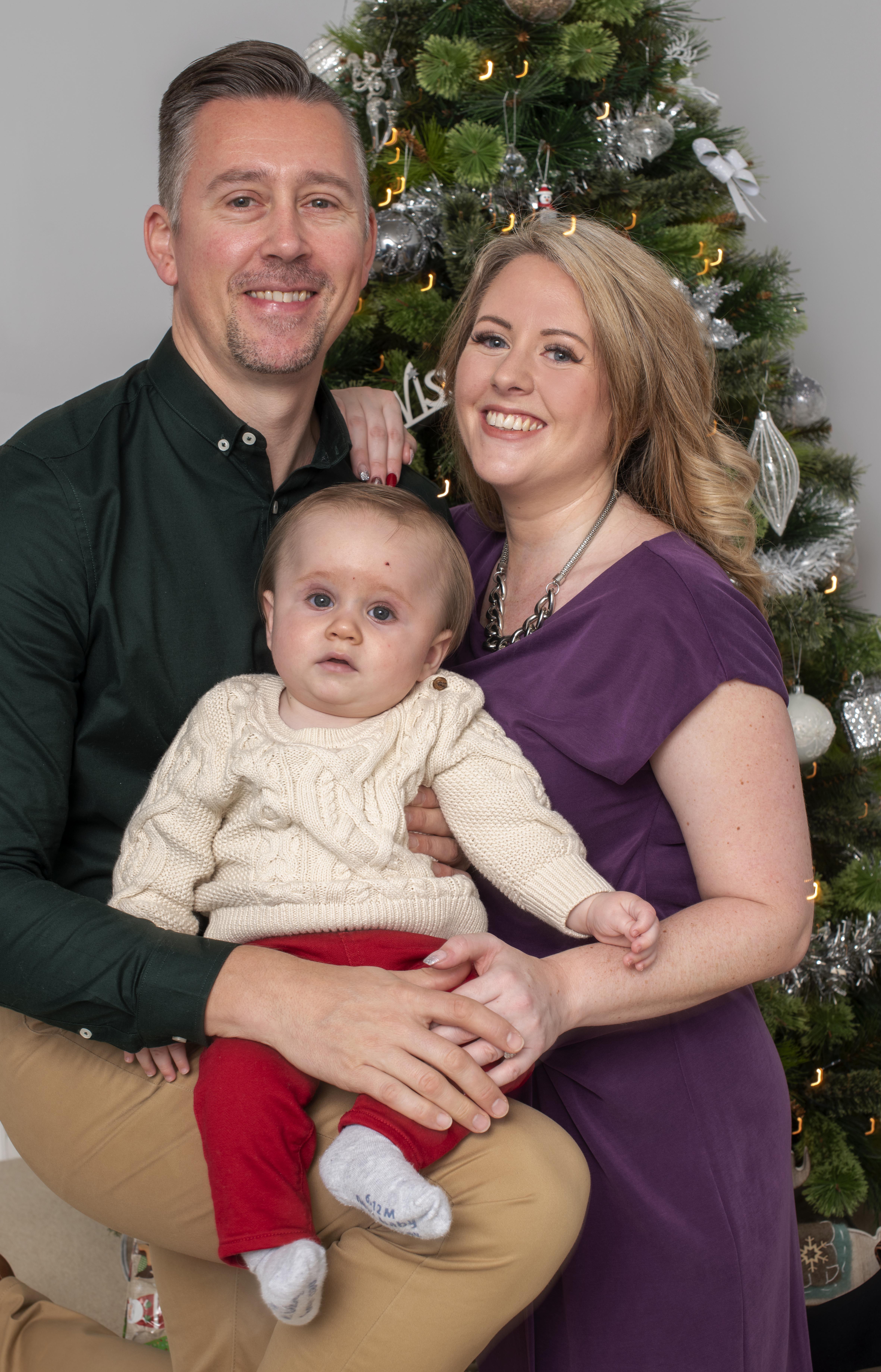 Five days later, on Christmas Day, Susannah couldn’t take her mind off Ben. She says: “As I unwrapped the knock-off Ugg boots stuffed with penny sweets from Parker, I couldn’t help feeling deflated. Our relationship felt as stale as the crackers we ate with cheese after dinner.

“Parker was 20 years older and while the age gap felt exciting when we got together, lately it felt more like dating my dad. I’d moved back into Mum’s to see if some space could help us.

“As Parker slept off his Christmas pudding on the sofa, I played solitaire on my phone. An idea popped into my head.

“I tapped Ben’s name into Facebook and quickly found him. My heart sank when I saw him happily carving a turkey surrounded by a beautiful family. “I hadn’t spotted a wedding ring. Double-checking he wasn’t wearing a gold band, I popped over a friend request and was so excited when he accepted.

“As Parker snored through EastEnders, I trawled Ben’s ­photos and posts, sending a cheeky comment.”
On Boxing Day, Ben messaged asking how her day had been.

She says: “I was over the moon. A brief chat quickly put a smile back on my face. Ben was separated but had gone home to share Christmas with his two boys. I realised Parker couldn’t be the man for me and after a petty row on Boxing Day, I threw in the towel.

“I’d checked out of our relationship. I wasn’t doing anyone any favours by staying. He took it well as I gathered up my stuff from the flat and left.

“I felt relief as I went back to Mum’s. Within hours, messages between Ben and I flooded back and forth. In the New Year, we had our first date.

“Ben was in the throes of a divorce, so we agreed to take things slowly. But by the summer we knew we were meant to be together and it wasn’t long before we moved in.

“On Valentine’s Day of 2016 Ben whisked me off to Venice and asked me to marry him. I didn’t think twice. I’d known Ben was the one for me the minute I clapped eyes on him.”

They threw themselves into planning the wedding and were thrilled when Susannah fell pregnant.

She says: “I didn’t care that my due date was just months before our wedding day and on February 9, our beautiful boy Miles arrived. The icing on the cake came on Friday, July 13, when Ben and I said “I do” in front of 80 of our lovely family and friends.”

* His name has been changed.