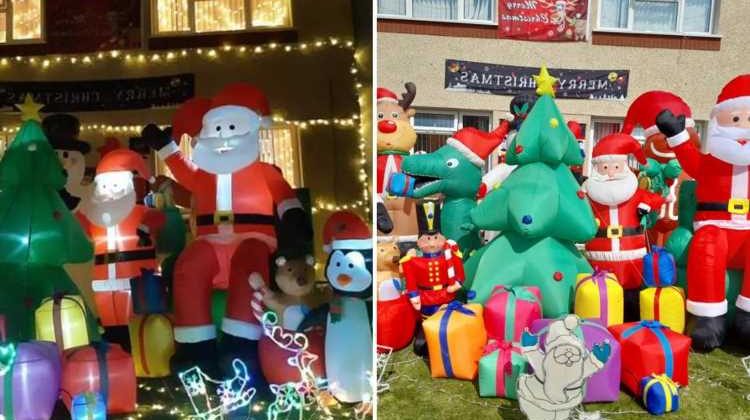 THE countdown to Christmas is already on, with many people already putting up their decorations 100 days before the special day.

Even though it's only September, one mother has already put up 5,000 lights and inflatables in preparation – and it's set her back more than £1,000. 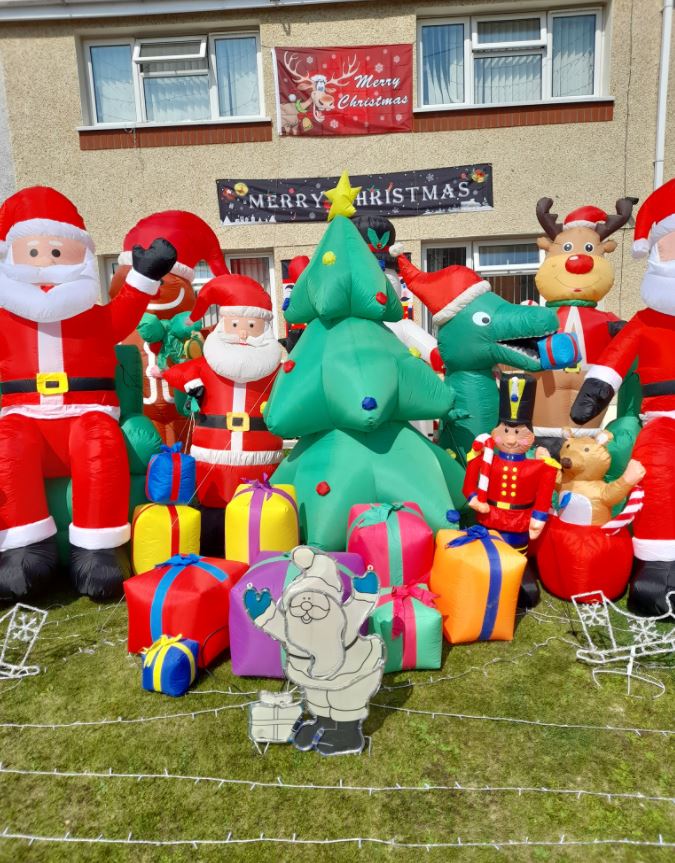 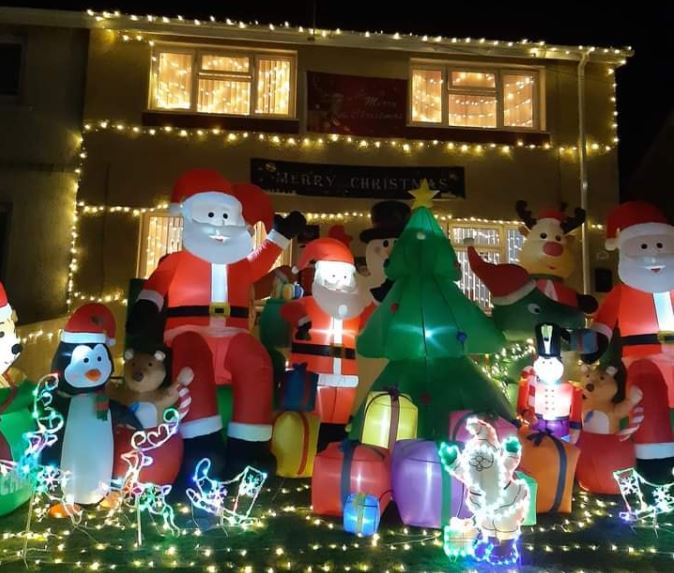 Caroline Gabe, 47, from Wales, has covered her house in festive decorations weeks ahead of everyone else for the second year running.

The mum-of-three opted to get festive in September last year and decorated the front of her house to raise spirits in the run-up to last Christmas.

This year, she has done the same again – but has aimed to beat her previous decorations with more lights and decorations than before.

Her decorations include several 8ft inflatables – including two Santas, a giant tree and an 8ft reindeer – and she says she loves it so much she'll do the same every year.

Caroline said: "I loved the reaction we got last time – so this year I have gone bigger. I have added more inflatables and nearly two thousand more lights.

"It makes me and my kids happy, and it cheers up the neighbourhood – we get lots of people travelling down to see the house.

"I will never get sick of Christmas – it's my absolute favourite time of year. I reckon this will become a routine for us every year now!"

Last year the mum-of-three bought her vast collection of decorations while shielding because her son Theo, six, has severe asthma.

The front of the house was decked with 3,000 fairy lights, sparkling snow, an 8ft inflatable snowman, as well as Santa and his reindeer.

After seeing how last year's decorations cheered up her three sons Jack, 23, Harry, 13, and Theo, and her neighbours, she aimed to outdo last year's attempt.

Last week, Caroline undertook a 12-hour mission to decorate the house with nearly 5,000 warm white lights as well as even more giant inflatables.

These include an 8ft inflatable gingerbread man, penguin, Christmas tree, snowman and reindeer.

Caroline estimated she'd spent over £1,000 on the vast collection of decorations.

She said: "As a family, we all love Christmas. It's just light and bright and a nice way of cheering people up.

"It's put smiles on a lot of people's faces – people have slowed their cars as they pass, stopped to get pictures and messaged me on Facebook to complement the house.

While most people she know love the decorations, Caroline said some people have driven past her semi-detached home and shaken their heads in disapproval.

"You do get the odd car going past and you see them shaking their head, but I just laugh," she explained

"It just makes me want to put more and more up! I will definitely keep doing this every year now." 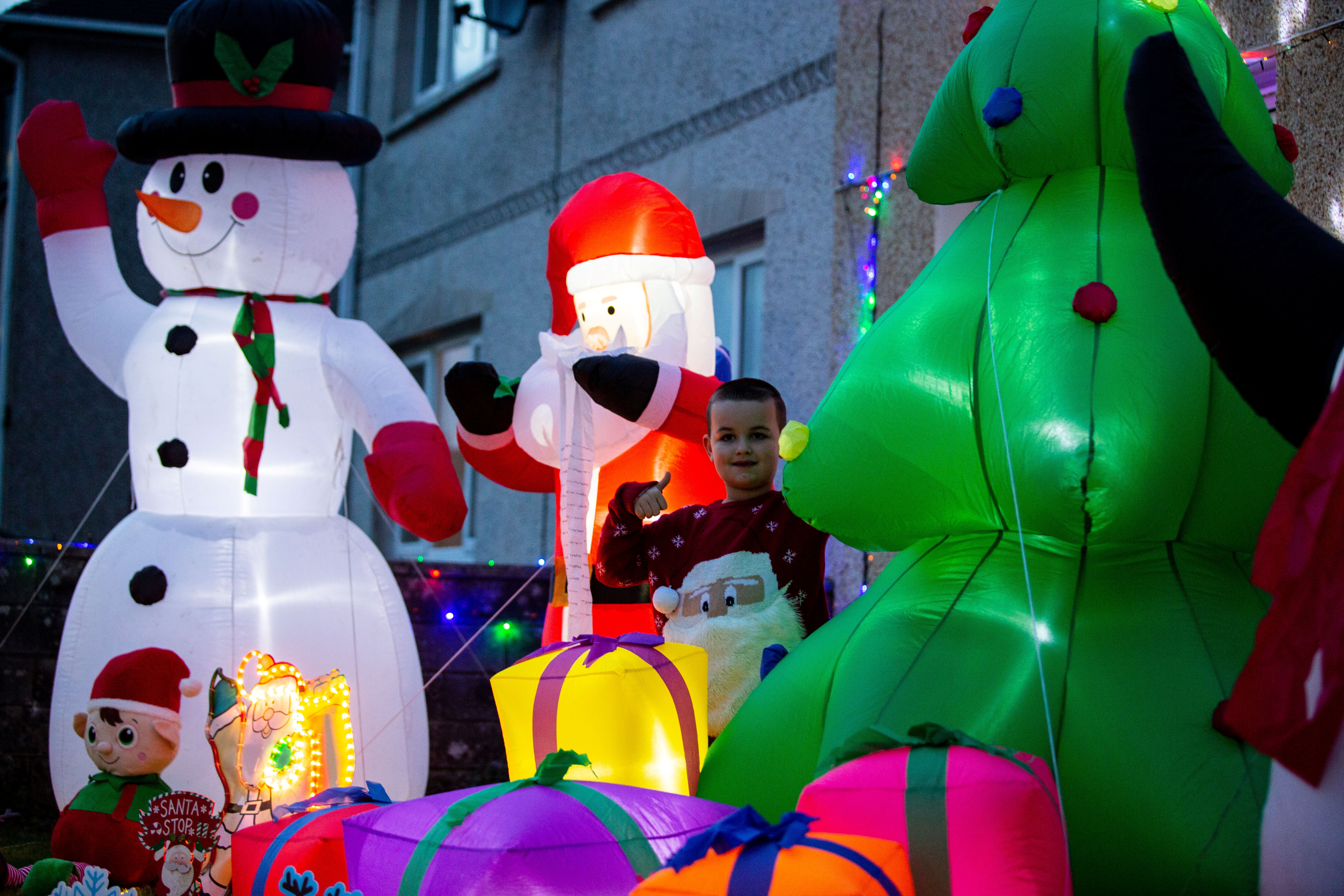 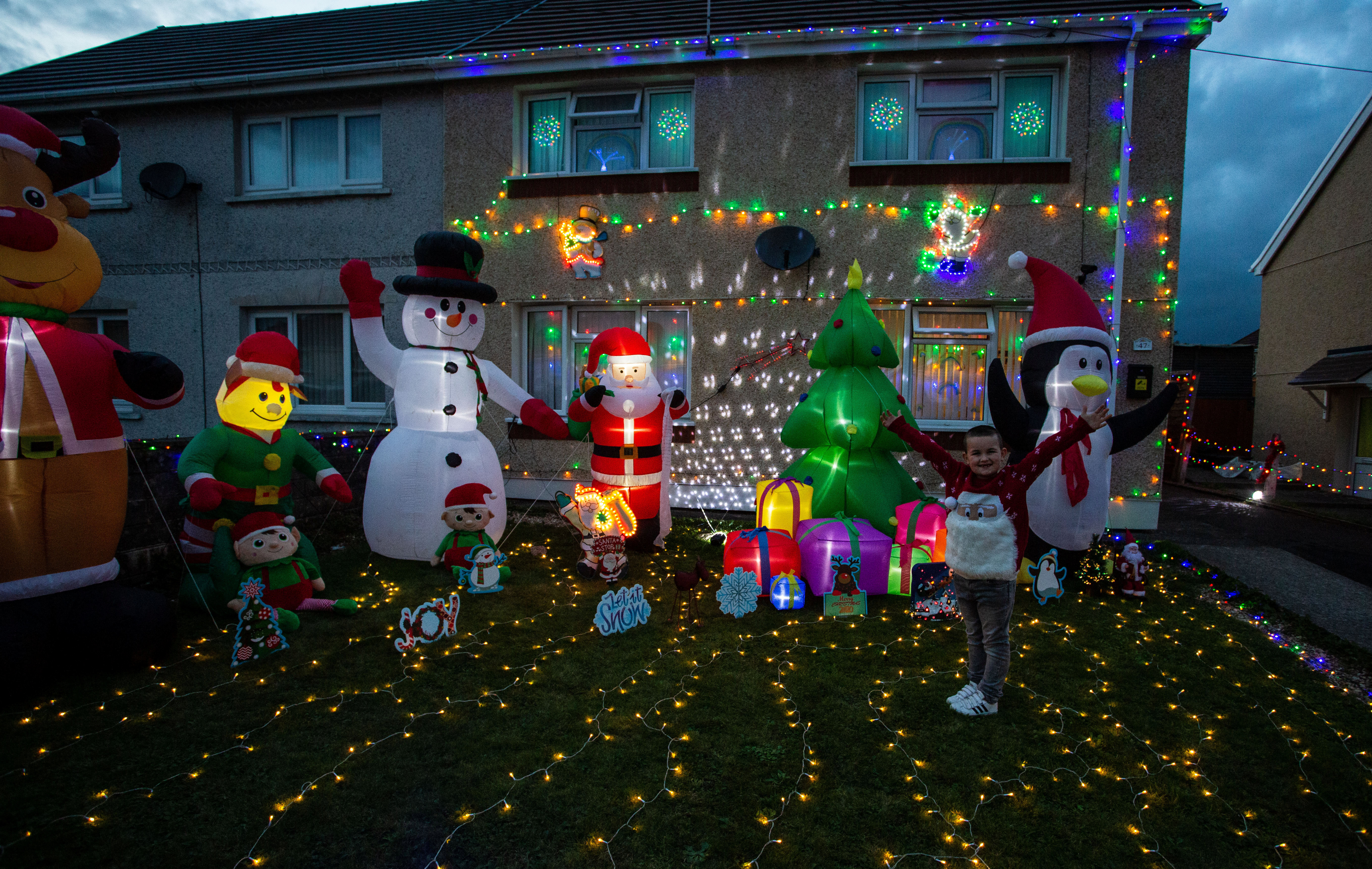 And 9 of the best whisky advent calendars to buy in 2021.