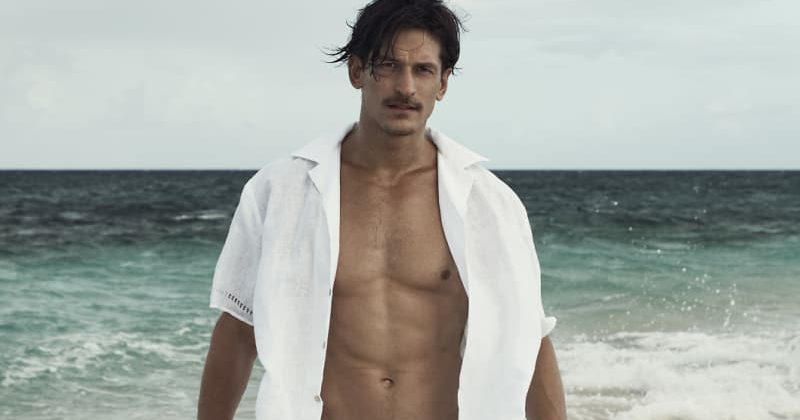 International model Jarrod Scott, 29, has been the face of Givenchy, worked with luxury brands such as Tom Ford, Armani, Jean Paul Gaultier and Chanel, and graced the cover of Vogue Hommes International. Now, the Melbourne model can add ecowarrior to his resumé thanks to his ambassadorial role with Citizens of the Great Barrier Reef, formed to raise awareness about climate change and its impact on our reef. We catch up with Jarrod at Lizard Island Resort, one of the founding members of Citizens of the GBR. 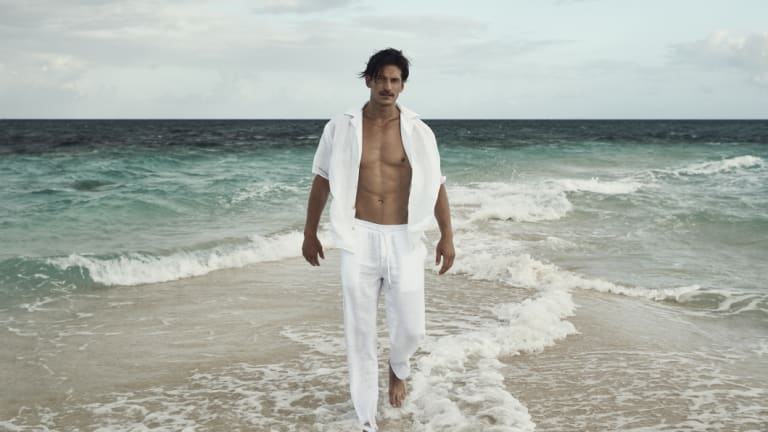 When did you first visit the Great Barrier Reef and why become an ambassador now?

I first visited the reef in 2013 and have been lucky enough to go to Lizard Island four times in the past 12 months. Once I saw the fragility of the reef, it really hit home. I have always wanted to attach myself to a cause but never found anything that I was truly passionate about.

You spent six weeks on Lizard Island earlier this year. What did you do while you were there?

It's the place to switch off your phone and connect with nature. You totally slow down and it's mentally good for you. You can scuba dive there and I saw reef bleached by cyclones a few years ago, and some amazing corals too. It's both amazing and depressing. There is so much emotion around the reef and it's coming to a head. It's a hot topic and so it should be – it's in our backyard and we need to protect it. Being there for six weeks, you quickly see what's stressing the island, how climate change is affecting coral life, and you realise everything we do is impacting it.

How do you reduce, re-use and recycle at home?

I have started composting, I garden and plant vegies and trees. I also ride my bicycle or catch a train. I don't own a car, and if I need one, I use Mum's. I say no to plastic bottles, and I've stopped using plastic bags when shopping for groceries. We have cotton bags for our vegies at home.

Was there a documentary that inspired your or opened your eyes?

I saw Chasing Coral – parts of it were filmed on Lizard Island. It was mind-blowing. I urge everyone to look at what's happening to the reef.

What do you hope to achieve via your ambassadorial role with Citizens of the Great Barrier Reef?

I want to use my platform to raise awareness, and share the message with those who may not be engaged already.

Will Lizard Island go plastic-free, like some islands in the Maldives?

Lizard Island is moving towards being 100 per cent plastic free – that's what I'm pushing for. It's an easy change, and a good change. The pressure to go plastic-free needs to go beyond our supermarkets. We can all get behind it every day and make a difference.

What do you say to climate change sceptics?

Most sceptics don't live in places that are affected. Growing up in Australia I've lived through drought and water restrictions, and I have been to the reef and seen the damage. It comes from seeing it first-hand – evidence doesn't lie.

The fashion industry is the second biggest polluter after coal. How do you feel about modelling and your activism for the reef?

Fashion is what got me into position I am, but I am aware of how polluting the industry is. I think it's good that high street labels such as Zara and luxury houses like Burberry are making the transition to be more transparent and sustainable. It's catching on and making momentum. Change doesn't happen overnight. It's hard for businesses to alter their models, but it will happen if everyone puts pressure on them to do that.

I am pretty casual during the day. I prefer linen T-shirts to cotton because it's more sustainable and I tend to go for plain colours. I always have a designer sneaker – Bally or Louis Vuitton. It takes your look up a level.

Citizens of the Great Barrier Reef is a global community designed to engage the world in the future of the reef. As well as collective power and collaborative effort, the organisation is about tapping into the potential of every individual to make a difference.

Shot on location at Lizard Island. Our crew stayed on the island courtesy of Lizard Island Resort and Citizens of the Great Barrier Reef.

This article appears in Sunday Life magazine within the Sun-Herald and the Sunday Age on sale December 16.