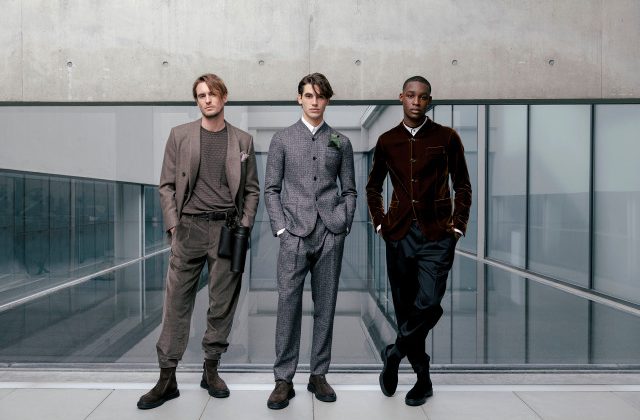 MILAN — Milan Fashion Week is expected to make a major comeback with a rich schedule of physical events in September, with the Italian fashion sector seen growing between 15 and 20 percent in 2021 compared to the previous year, and the industry perhaps returning to pre-COVID-19 levels in 2022.

That is what emerged from research conducted by the Camera della Moda to compile its seasonal “Fashion Economic Trends” document, released Tuesday during a digital press conference organized to reveal the schedule of the upcoming Milan Men’s Fashion Week, running June 18 to 22.

The vaccination campaigns across the globe and the gradual reopening of borders may drive international buyers to return to travel to Italy soon, but the men’s fashion week schedule will still be dominated by digital events in June.

For the time being, Dolce & Gabbana, Etro and Giorgio Armani are the only brands hosting physical runway shows during the week, on June 19, 20 and 21, respectively.

The week, which will involve a total of 63 brands, will also see the official debut of Glenn Martens as creative director of the Diesel label, as well as the launch of a capsule designed by Andrea Pompilio for casualwear brand Harmont & Blaine.

Ermenegildo Zegna will kick off the week with a digital event on June 18 and, among others, Fendi and Prada will also continue to opt for the digital format, scheduled on June 19 and 20, respectively.

During a press conference, Camera Nazionale della Moda chairman Carlo Capasa said the Italian fashion industry returned to growth in March and that the expectation is for the industry to “close the year with revenues of 80 billion euros, and exports climbing 13 percent compared to 2020.” Last month, revenues increased 50 percent compared to March 2020, and sales of ready-to-wear and footwear were up 70 percent.

According to data provided by ISTAT, March’s positive results are underpinned by an increase in the confidence of consumers and companies. Fashion is among the best-performing sectors in the country, even if data reveal that companies don’t expect significant increases in the volume of orders in the next few months.

The growth of the sector in the first two months of the year has been driven by the domestic market and by exports to China, which spiked 85.3 percent compared to the same period last year. Overall exports of Italian fashion in January and February dropped 16 percent. The most drastic reductions are related to the U.K. where, due to Brexit, Italian fashion exports decreased 50.6 percent, and to the U.S., where they dropped 27.4 percent compared to the same period in 2020.

Capasa also said support to the new generations of designers and sustainability will play a big role during Milan Men’s Fashion Week. A section of the Italian fashion chamber’s digital platform, which will also house virtual showrooms, will be dedicated to the third iteration of the Designer for the Planet project, displaying the collections of a range of sustainable emerging brands. A selection of them — including Zerobarracento, Simon Cracker, Marcello Pipitone, Kids of Broken Future and Bayria Eyewear — will be among the 10 participants in a physical showcase at the Fondazione Sozzani Tazzoli Milano developed in a collaboration between Camera Nazionale della Moda Italiana and Milan-based trade show organizer White, which made a donation to the Italian chamber’s Camera Moda Fashion Trust.