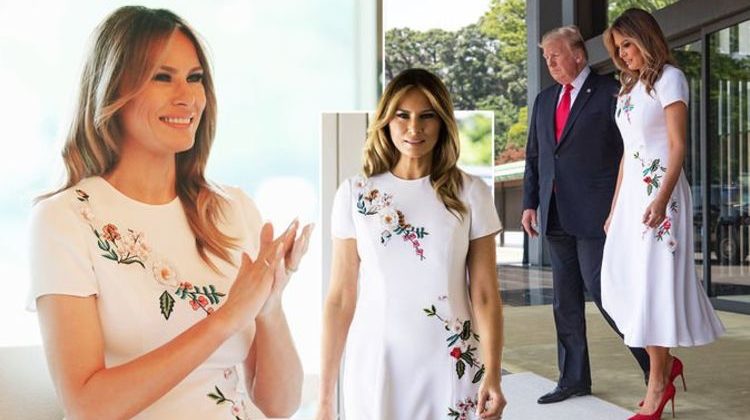 According to FarFetch: “House Herrera’s distinctive aesthetic resides in the unique combination of timeless elegance and a modern sophistication.

“This white floral embroidered dress from Carolina Herrera features a round neck, short sleeves, a back button fastening, a rear keyhole detail, a back zip fastening, a flared style, a mid-calf length and an embroidered floral design.

Melania teamed the dress with red stiletto pumps for the welcome ceremony.

She carried no bag and kept jewellery to a minimum, with only her two favourite rings on each hand on display.

Her makeup was kept nude, with the exception of her trademark smokey eyes, and her nails were painted a pale pink. 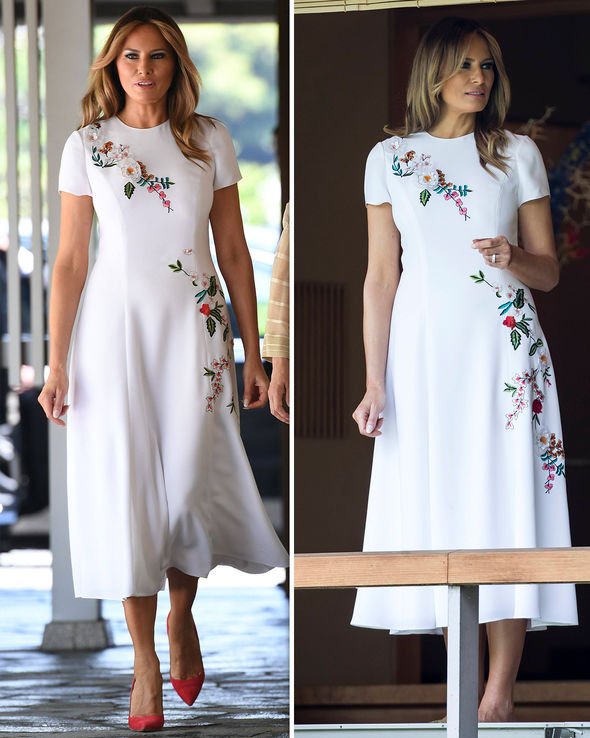 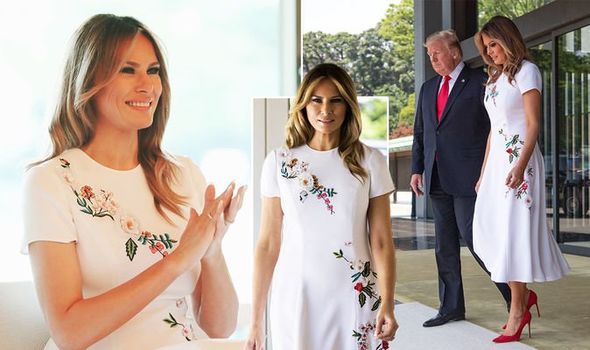 Donald opted for his traditional look of a suit paired with a bold red tie.

While at the welcome ceremony at the palace, Donald and Melania listened to the American national anthem.

Akie Abe, wife of Japanese Prime Minister Shinzo Abe, and Melanie later watched a dancer performing a traditional dance during a cultural event at the Japanese style annex inside the State Guest House.

The First Lady was also presented with a bouquet of flowers by a young Japanese child.

Melania and Donald will join the emperor and empress again tonight for a state banquet. 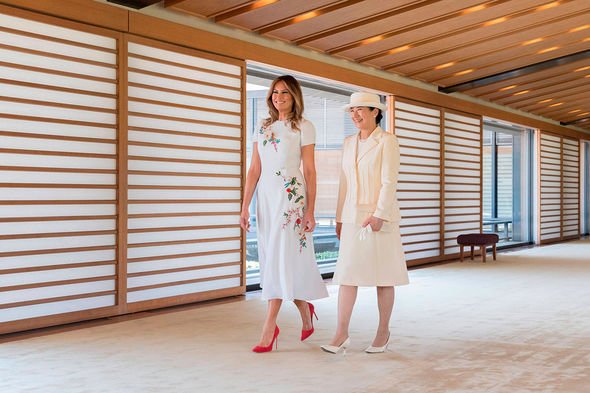 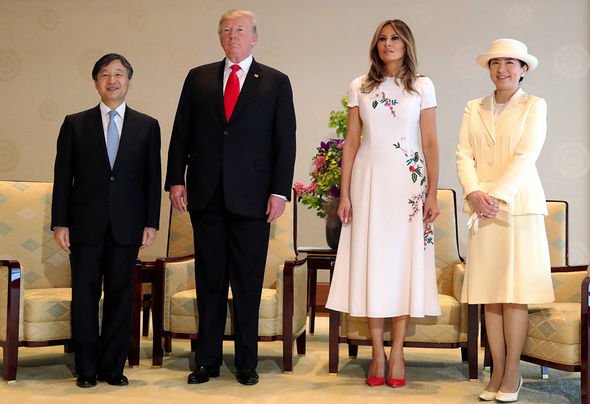 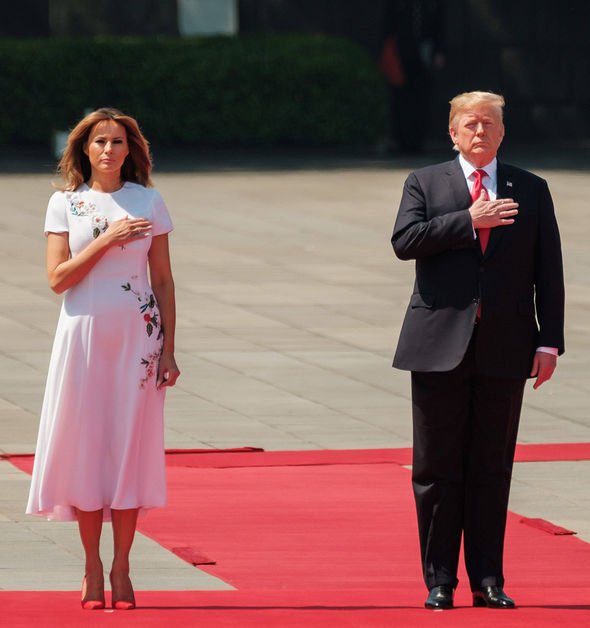 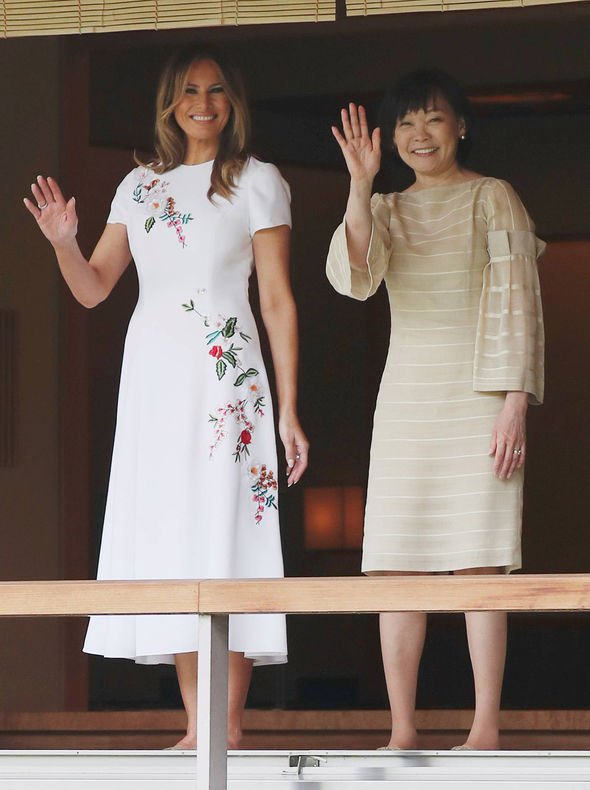 Trump awarded the winner an over-sized, gold cup that weighs more than 60 pounds.

For this event, Melania wore an elegant pink dress in an asymmetrical style which fell below knees.