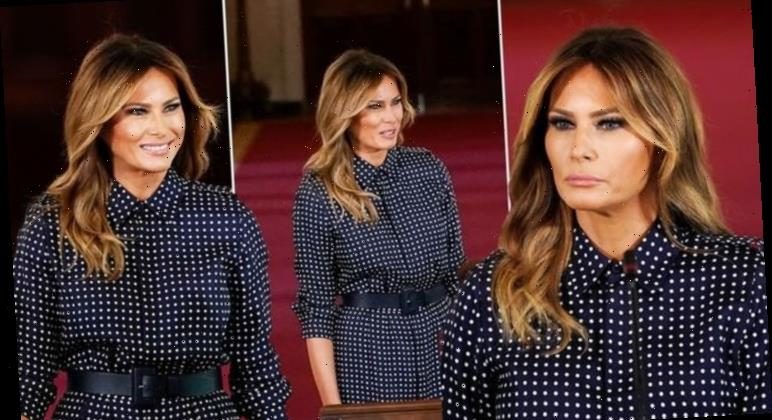 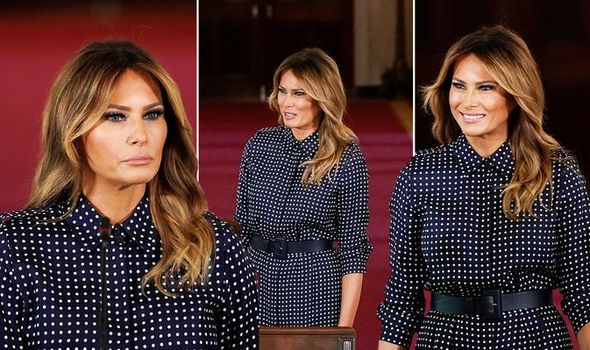 Melania Trump, the wife of Donald Trump, wore the conservative dress for an event that took place at the White House. The First Lady recycled the Gabriella Hearst dress that she was first spotted in last year.

Melania spoke in the East Room of the White House to mark National Alcohol and Drug Addiction Recovery Month.

She hosted the round table event with those who are recovering from substance use and mental health issues.

Her outfit had a slim-fit top and a pencil skirt that cut off just below the knee.

She wore the silk shirt dress buttoned up to the collar with the sleeves rolled up. 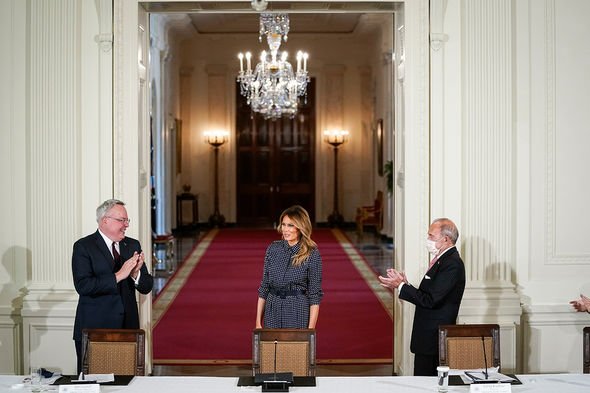 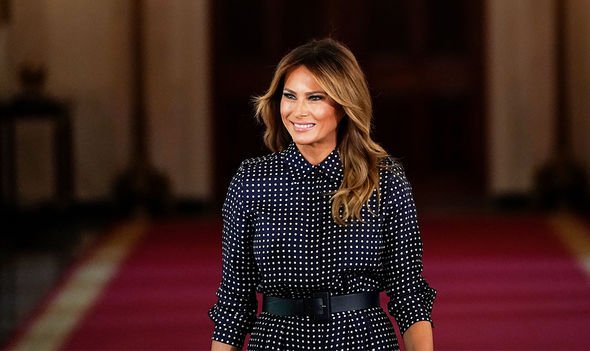 The First Lady showed off her slim waist by pairing the outfit with a chunky navy belt.

While she has access to a range of designer clothes, Melania showed off her thrifty side by recycling the timeless look.

Similar designs from the brand are currently on sale for around £1,100.

Melania wore her long hair down and styled into a middle parting with a soft curl.

She opted for her signature make-up look and paired a smokey eye with a nude lip.

The mum-of-one appeared to be taking style inspiration from Kate Middleton, who is well-known for repeating her favourite outfits.

The Duchess of Cambridge has previously worn a chic navy polka dress by Alessandra Rich.

The gown is strikingly similar to Melania’s and the royal also wore it buttoned up to the top. 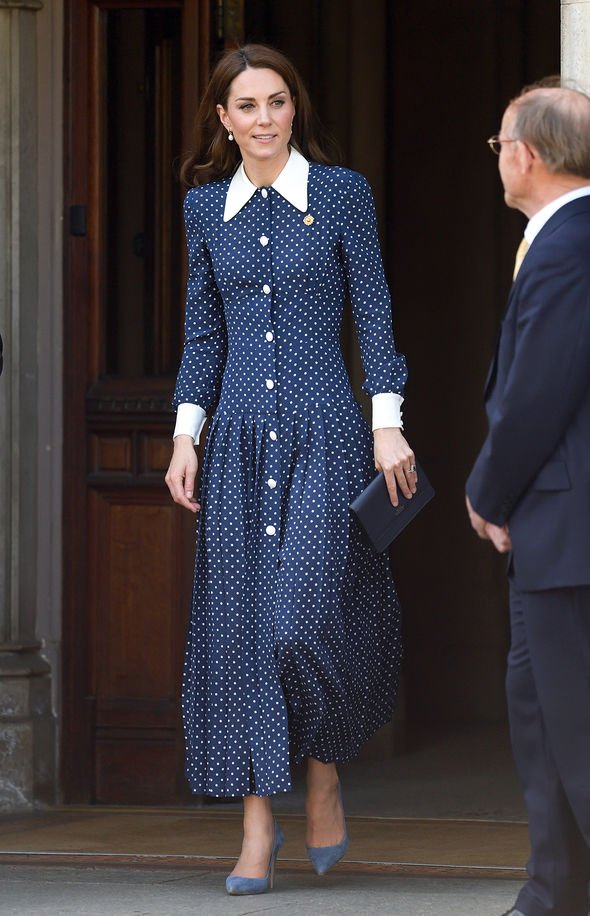 In July this year, Kate stepped out in another similar look and wore a black polka dot midi shirt dress.

Melania will often attract attention by wearing pieces from her chic designer wardrobe.

Last week, she wore a number of designer gowns as she supported the President at the Republican National Convention. 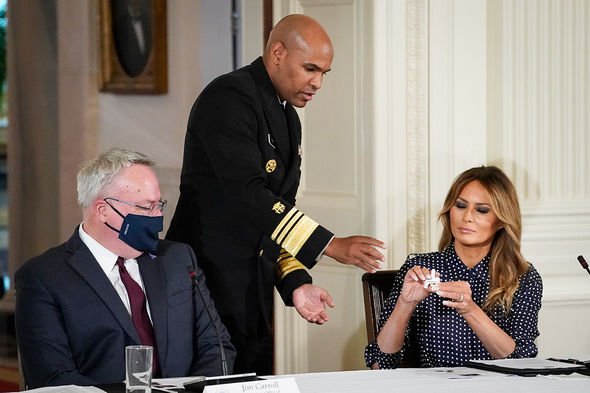 The sleeveless gown had a drawstring waist with black ties at either side of the torso.

It continued into a full pleated shirt that cut off just above her ankles.

According to reports, the dress was by the fashion house Jason Wu and similar designs cost £600.

She teamed the look with her favourite Manolo Blahnik classic black pumps – costing £515.