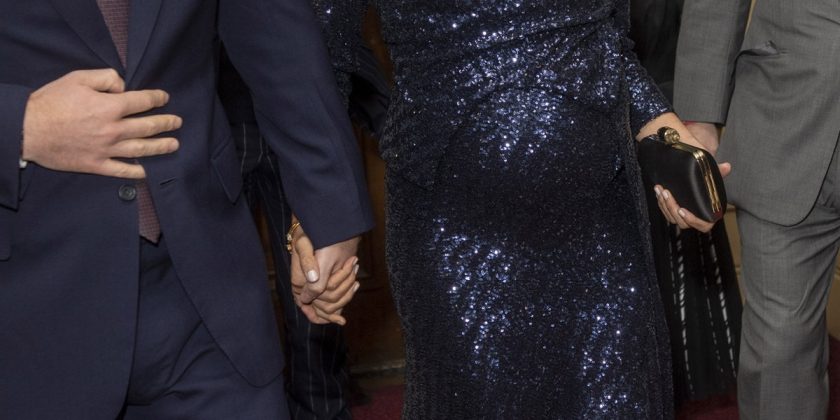 In case you didn’t hear, Meghan Markle brought the glamour last night when she and Prince Harry attended a Cirque performance to benefit his charity Sentebale. As it turns out Meghan Markle’s sequin dress was more than just a major fashion moment. It was a totally Princess Diana-inspired look, and you may have missed it.

Last night, Markle looked stunning in a head-to-toe sequin navy gown from Roland Mouret. The dress featured a fitted, column silhouette, three-quarter length sleeves, and Markle’s signature boat neck. While the dress was totally the Duchess’s style, the gown is certainly the most sparkle royal fashion fans have seen her wear. Typically, her most formal gowns have been daring in different ways like her unique, bird patterned Oscar de la Renta dress. Her choice of sequins, however, seems like it could have been intentional. 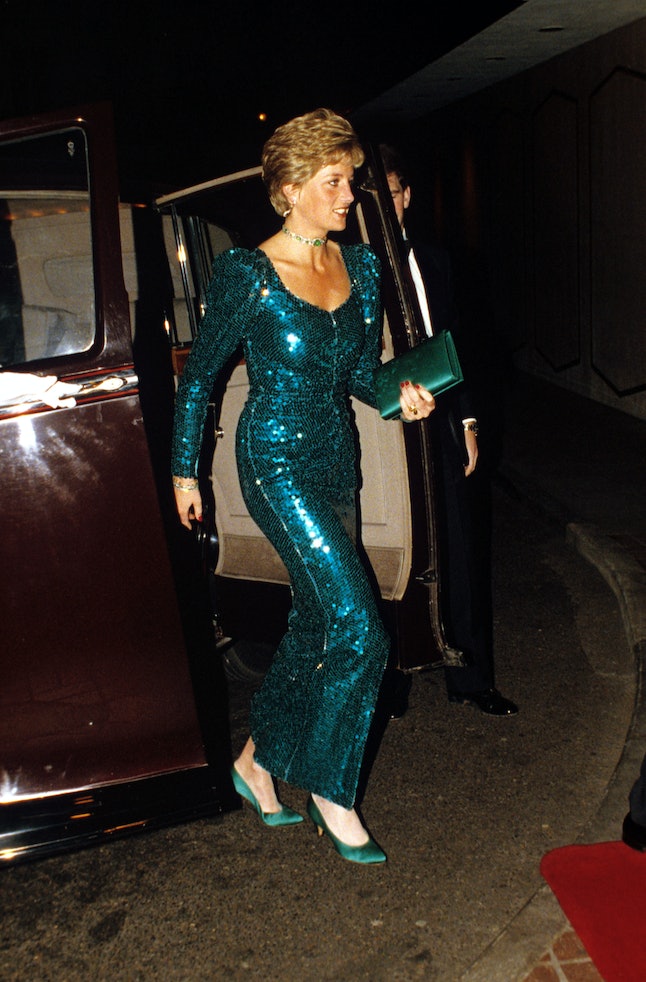 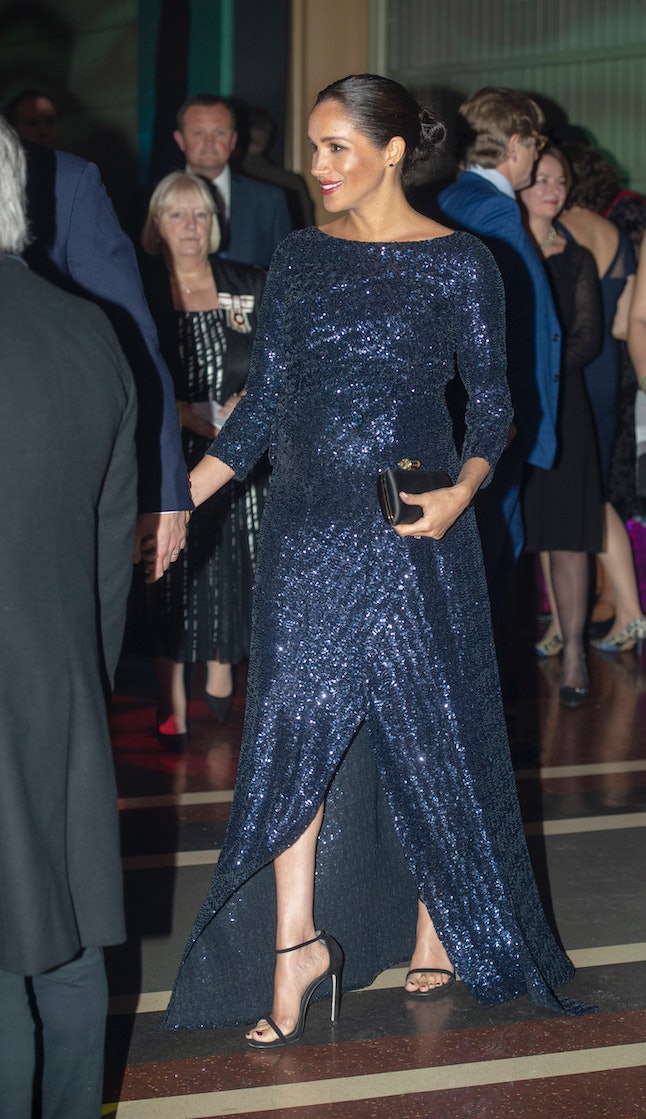 From the all over sequins to the long sleeves and column silhouette, Markle’s dress is definitely reminiscent of Princess Diana’s teal number. However, the dresses weren’t the only thing that made the ensemble Princess Diana inspired. There was another detail about Markle’s look that definitely made this seem like an intentional choice on behalf of the Duchess of Sussex. 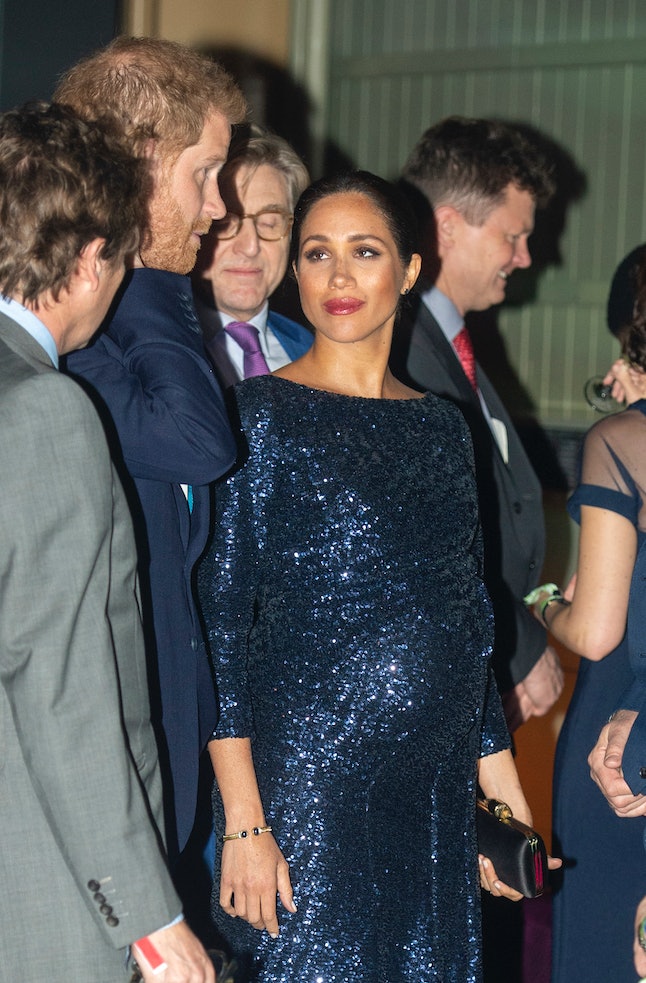 It’s no surprise that Markle went light on her jewelry choices, but that’s exactly where the second Princess Diana connection is. Markle’s gown is sparkly AF so keeping the jewelry low key makes sense, and it means you may have missed something important.

Markle wore a simple pair of studs and a gold bracelet with her gown, but it’s the bracelet that’s important. The gold cuff with stones at the end is actually part of Princess Diana’s personal jewelry collection. According to Town and Country, Princess Diana wore the bracelet to an event in 1994, and while she and Markle’s outfits were very different, the bracelet works with both. 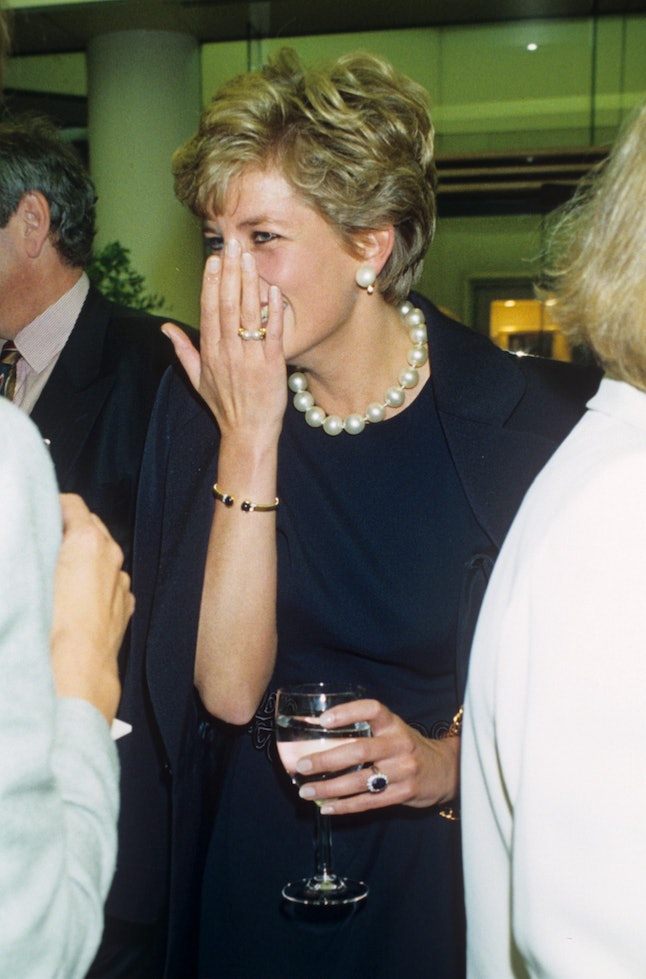 Markle wearing Princess Diana’s jewelry and paying tribute to her via her sartorial choices isn’t exactly something new for the Duchess. In October, during her trip to Australia with Prince Harry, Markle chose to bring a pair of butterfly earrings along that belonged to Princess Diana. Of course, who could forget when she wore Princess Diana’s aquamarine ring to her wedding reception. Turns out, she’s a major fan of the piece since she brought it with her to Australia as well. 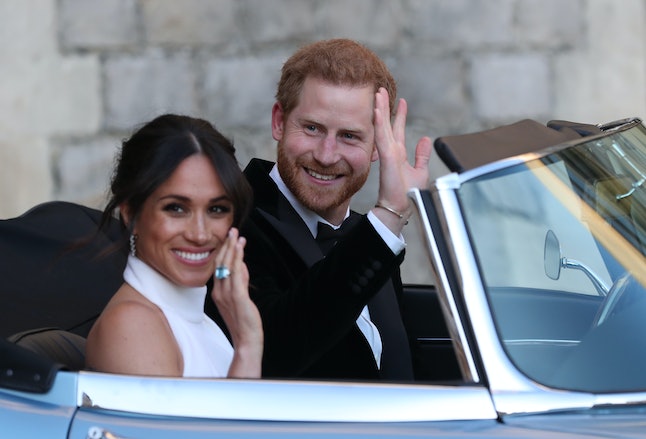 Of course, there have been her other clothing choices. Markle has channeled Prince Diana in everything from cocktail dresses to skirt suits and pantsuits, the Duchess seems like she takes quite a bit of style inspiration from her husband’s late mother. Honestly, though, who could blame her? Princess Diana is an icon, so here’s hope for more Meghan Markle meets Princess Diana style moments coming soon.