MEGAN Fox has come a long way since the days when she appeared on Disney Channel alongside Lindsay Lohan in Confessions of a Teenage Drama Queen.

Despite her multiple roles since the early 2000s, Megan has always been cast in movies where she can flaunt her sexy side.

Here's how the mother of three has physically changed throughout the years: 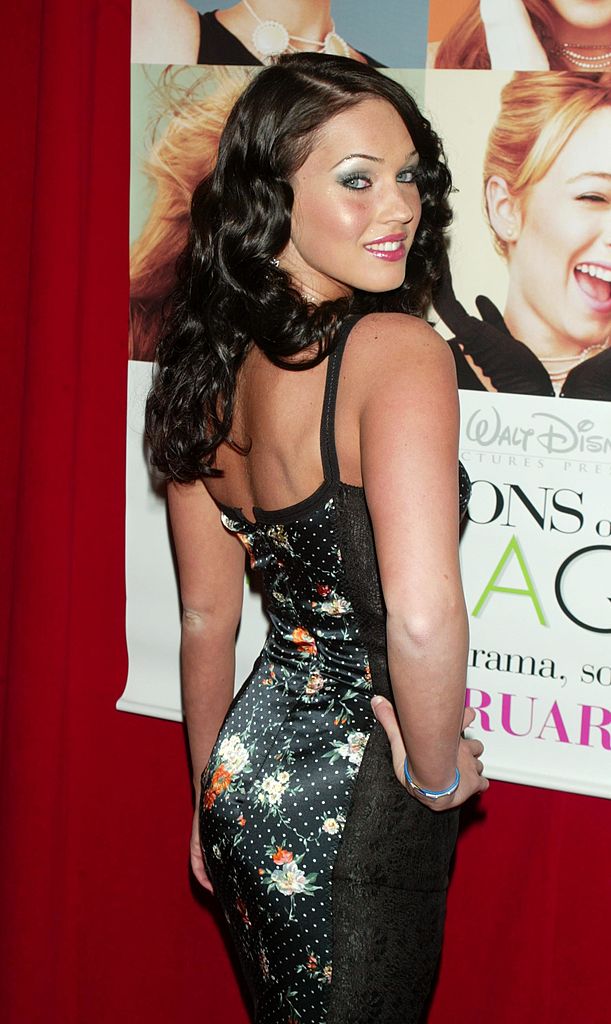 Despite having multiple small roles in some movies and TV shows, Megan had her big break when she appeared alongside Lindsay Lohan in Confessions of a Teenage Drama Queen.

In the 2004 movie, she played the mean girl, a role she was often reprised in other projects.

At the time, Megan, who was just 18 years old, was already recognized as a breath-taking beauty.

She spoke about this experience during the interview: "I played the b**ch, of course…I was always cast as the b**ch. The light-haired girl is the sweet leading lady, and the dark girl is the sexy b**ch…I didn't know how to act when I did that movie.

"I just mimicked all the b**ches I'd seen other people play on TV."

It was at this time that she met her future husband, Brian Austin Greene, who didn't dare look her way because he was 12 years older than her.

However, she was able to convince him that age was simply a number. 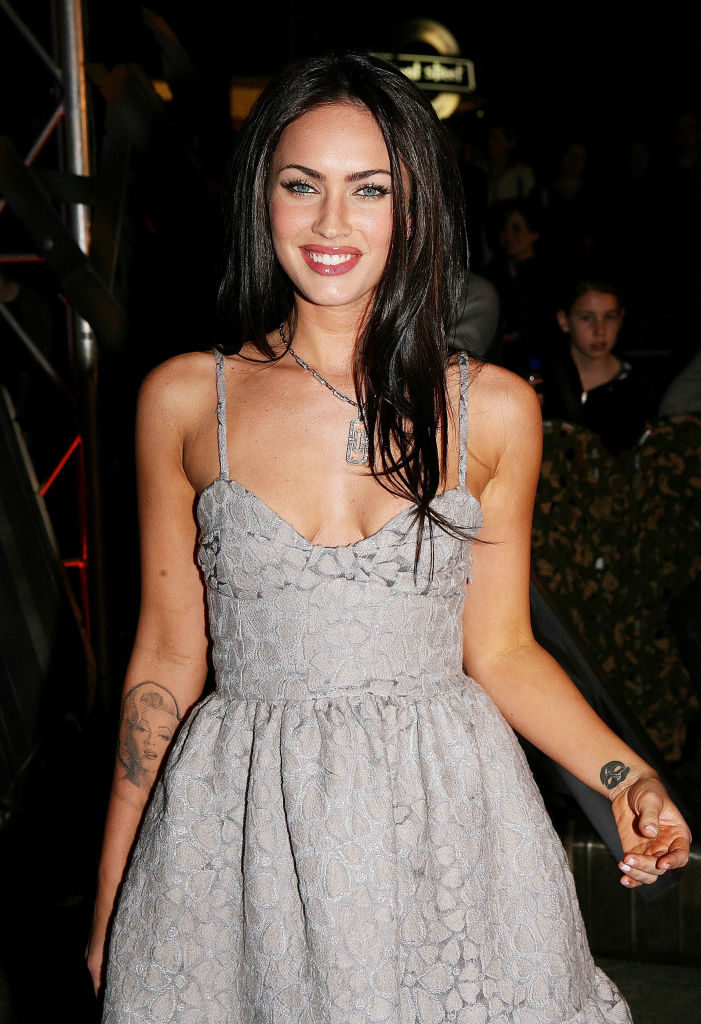 Just three years later, when Megan was 21, she appeared in the movie Transformers, where her image then shifted to that of a sex icon.

The first time she was introduced to fans of the franchise, she was wearing a crop top and a mini skirt as she leaned suggestively into her car.

Sadly, her role only lasted so long after she was fired from the gig.

She opened up about it with The New York Times, saying: "I got myself in this whole mess. …I know that the things they said about me in the crew letter were not true. …I was waiting for someone to defend me, to say, 'That's not accurate,' but nobody did."

It was also at this time when she began rocking plenty of tattoos on her back, rib cage, and arms.

She also let her eyebrows grow out thicker and her lips appeared plumper than before. 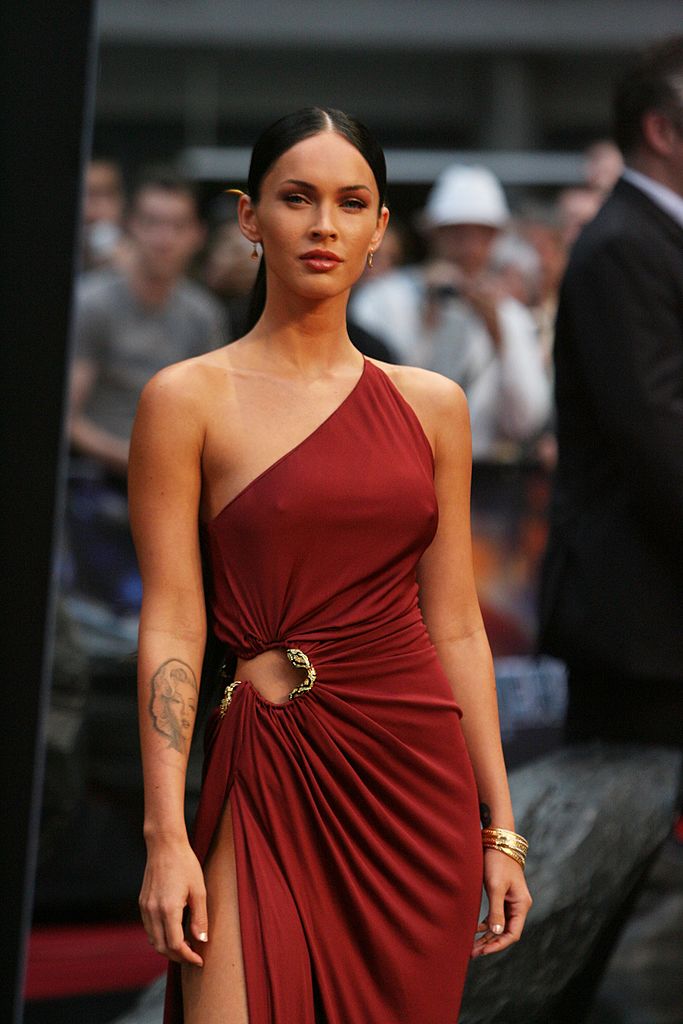 After filming Transformers with Shia LaBeouf, rumors began to swirl that the chemistry he and Megan had was real.

Sadly, the rumors seemed to be too much as she and Brian went their separate ways, breaking off their engagement in 2009.

"The decision was mutual," a source told People at the time. "They’re still friends."

Megan later told Us Weekly: "Marriage isn't a realistic goal for someone who is 23, that's all. I just wanna concentrate on becoming a better person before I try to commit to being someone else's wife."

Despite her heartbreak, Megan continued to make her way as a worthy actress as she then appeared in Jennifer's Body, a movie that has since become a cult favorite. 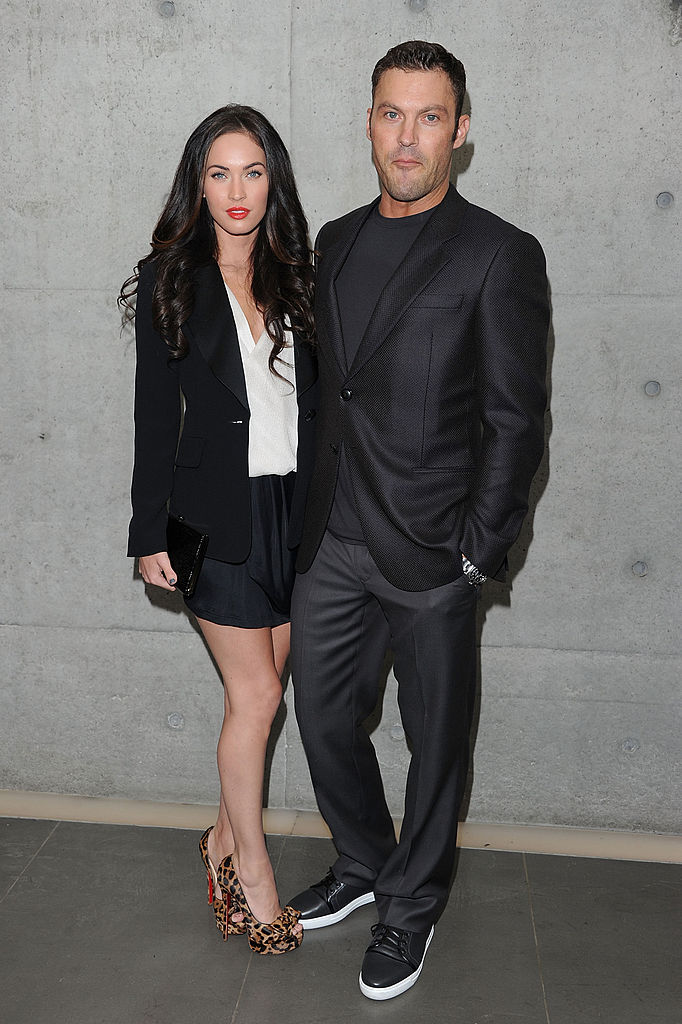 Megan and Brian gave their relationship a second chance in January 2010 and they got married during the summer in a private ceremony.

At the time, Megan's signature look consisted of red lips, thick dark eyebrows, and no eye makeup so that her blue hues were center-stage. 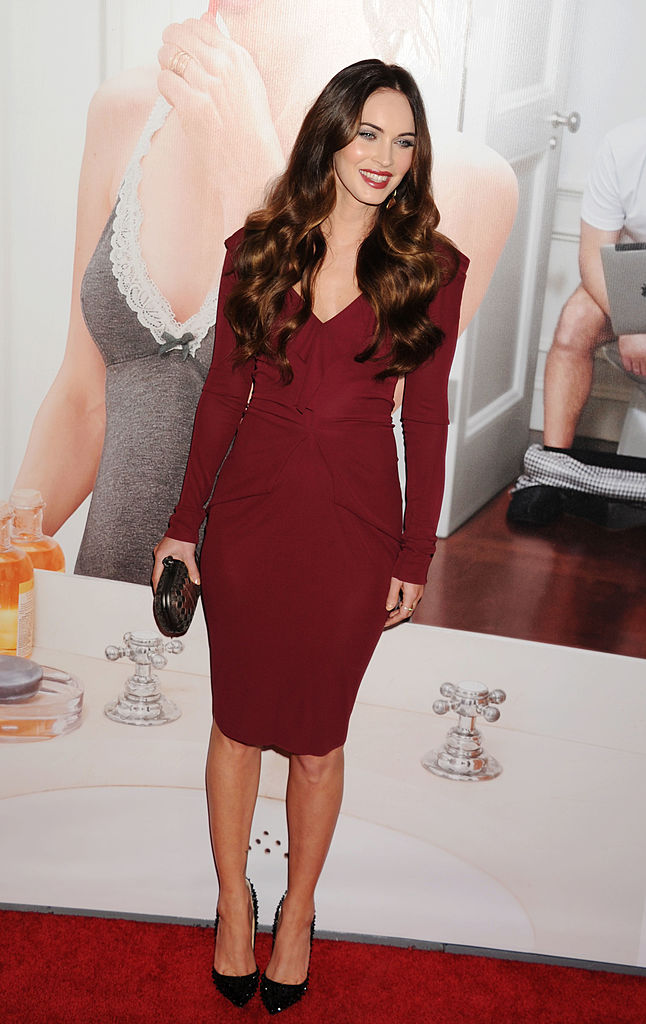 By 2012, the 26-year-old Megan became a first-time mother after she and Brian welcomed their son, Noah.

Aside from loving her career, Megan discovered she adored being pregnant.

She said in an interview at the time: "I feel great. I love being pregnant, which is – a lot of women don't feel that way, it is really uncomfortable … by the way. It is painful at parts.

"I feel the overall process is an amazing one. I feel so productive creating a human person that I'm so excited to meet because I know that I have such a spiritual connection to them, so I can't wait to meet this new member of my family."

During this time, Megan softened her look as she sported highlights in her hair and leaned towards softer features. 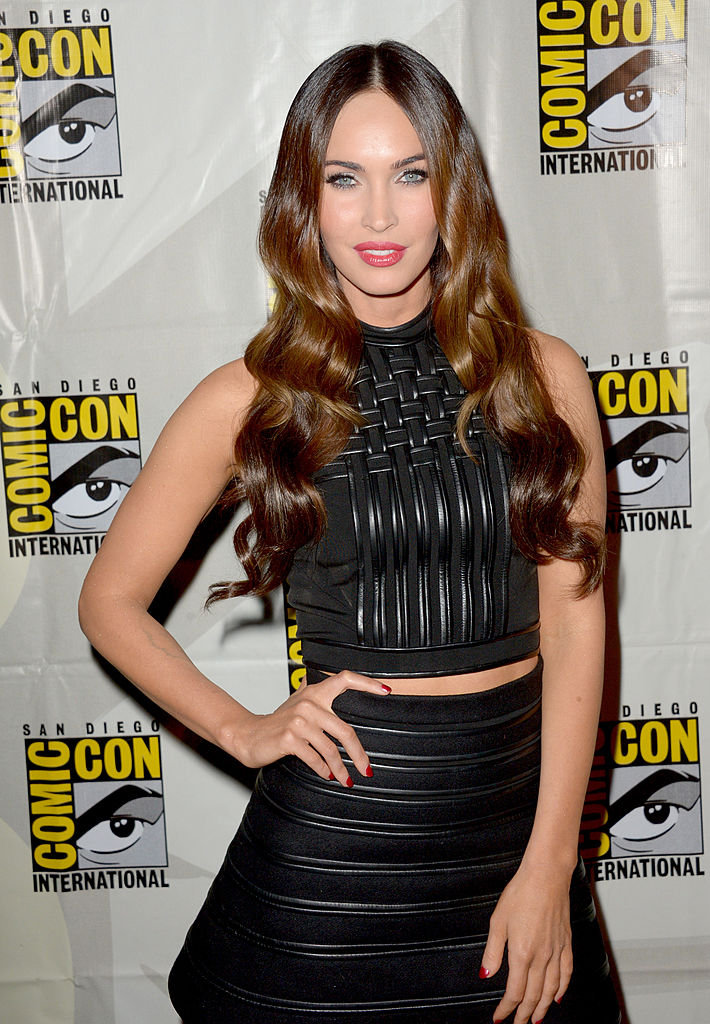 By 2014, Megan and Brian welcomed their second child together, Bhodi.

Sadly, their joy didn't last long because Megan and Brian's relationship began to go downhill as she joked in several interviews that they had no intimacy because she was juggling motherhood and work.

It was also around this time when Megan became the subject of plastic surgery rumors as many wondered how her skin was so smooth even after two pregnancies.

She has always denied ever getting any surgery.

Additionally, she began to remove all of the tattoos that were highly visible as she to embraced her image as a mother. 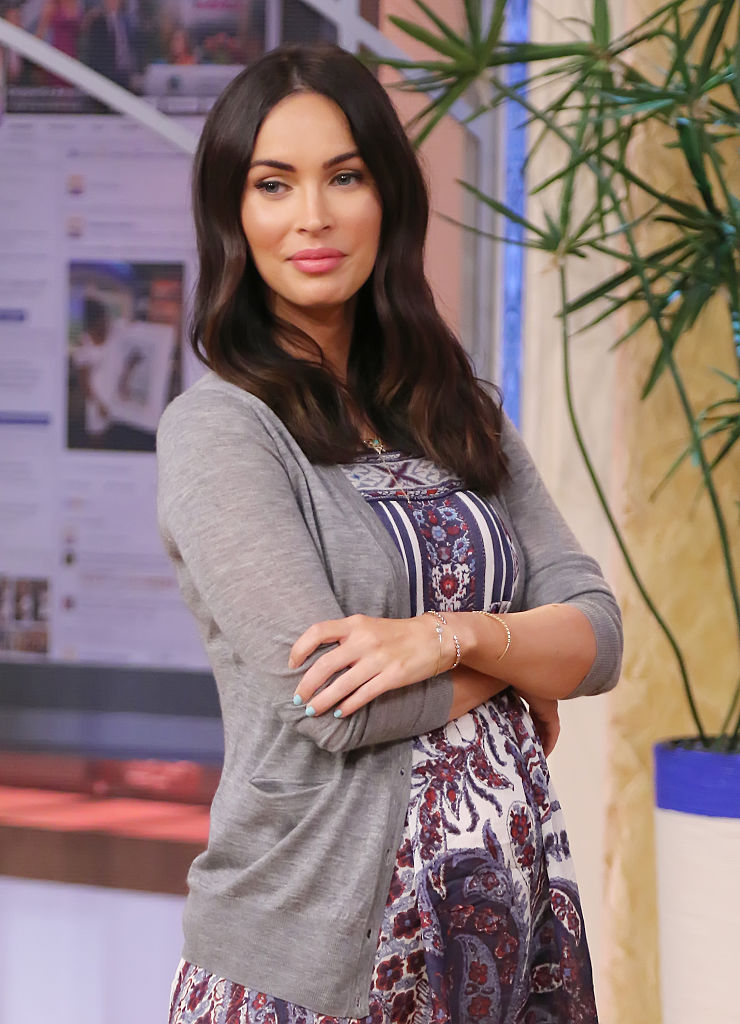 In 2015, Megan shocked the world when she filed for divorce from Brian, just one year after they had their second child.

However, when Megan announced that she was pregnant a third time, many buzzed about who the father could be.

It was later revealed in 2016 that she and Brian had given their relationship another shot and were expecting once more. No further progress was done on their divorce filing.

In June, Megan gave birth to Journey River. She also sported shorter hair that she often styled in soft curls. 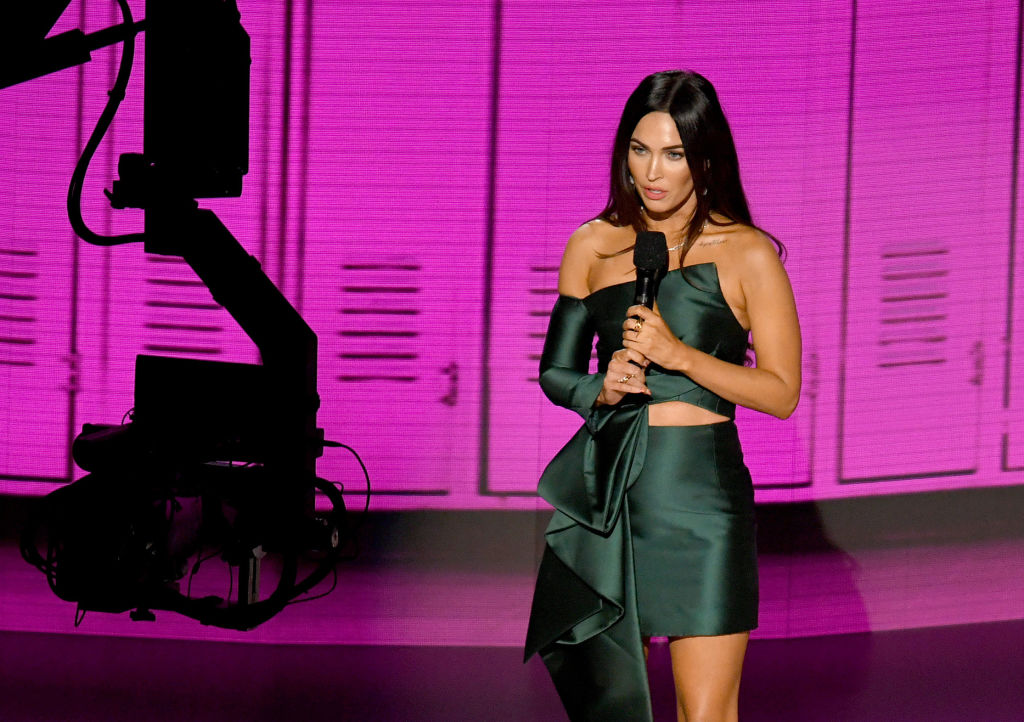 Despite doing some small roles in TV, Megan kept a pretty low profile until 2019 when she filed to dismiss her divorce filing from Brian.

However, that proved futile as she then filed once more in 2020.

Megan went back to her roots as she dyed her hair completely black and wore revealing clothes again.

She was also rumored to have been dating Machine Gun Kelly shortly after she and Brian went their separate ways.

The two later confirmed their relationship after having met on a movie set. 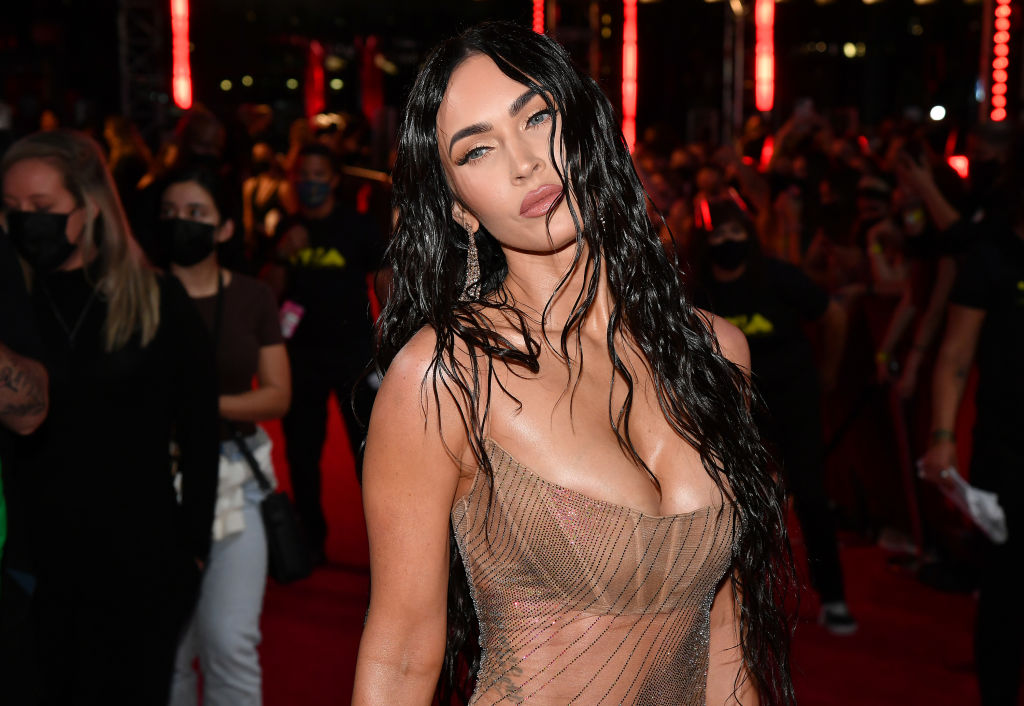 2021 has definitely been Megan's comeback year.

The star is in the best shape ever – so much so that she's often rocking almost-naked outfits.

The mother of three has also been portraying the same bad girl behavior she was known for in the early 2000s – making out publicly with MGK and speaking out about their sex life.