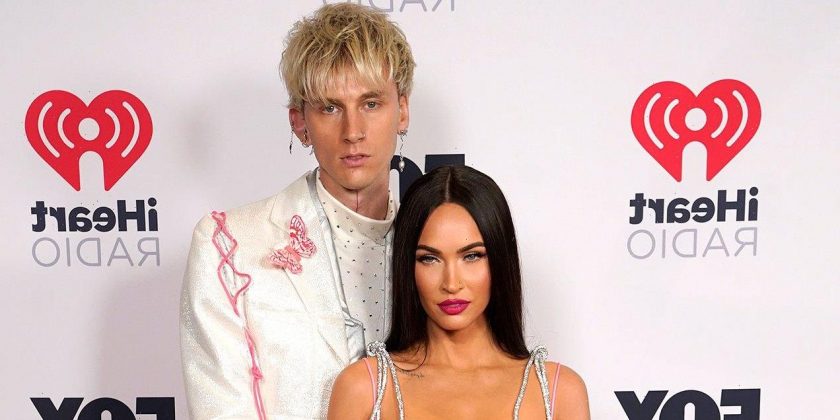 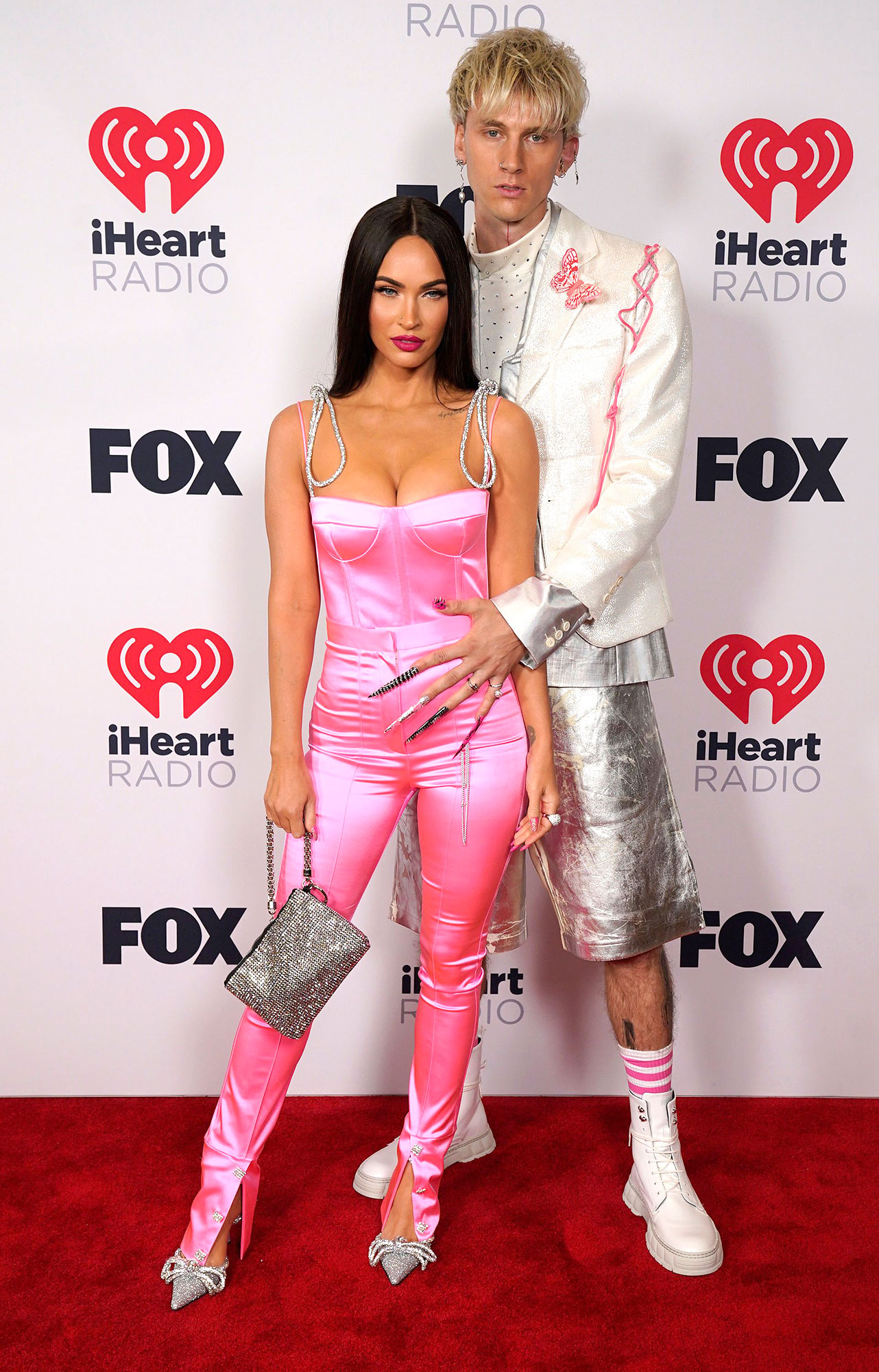 Keeping up with Kelly! Megan Fox and boyfriend Machine Gun Kelly have gained quite the reputation for their matchy-matchy couple style. And as it turns out, their color coordinated looks aren’t a sheer coincidence — they’re very intentional.

“We do [coordinate our outfits], yeah,” the 35-year-old actress told guest host Arsenio Hall on the Tuesday, July 13, episode of Jimmy Kimmel. “It’s something I started with him just because he’s such a flamboyant dresser.”

Given the 31-year-old singer’s fabulous fashion sense, Fox has felt the need to up the ante on her outfits.

“I can’t really pull off the just, like, the sweatpants and the yoga gear anymore,” she said. “I have to elevate myself to his level.”

And when it comes to matching the “Bloody Valentine” singer it’s important to bring your A-game — he’s always got something up his sleeve. 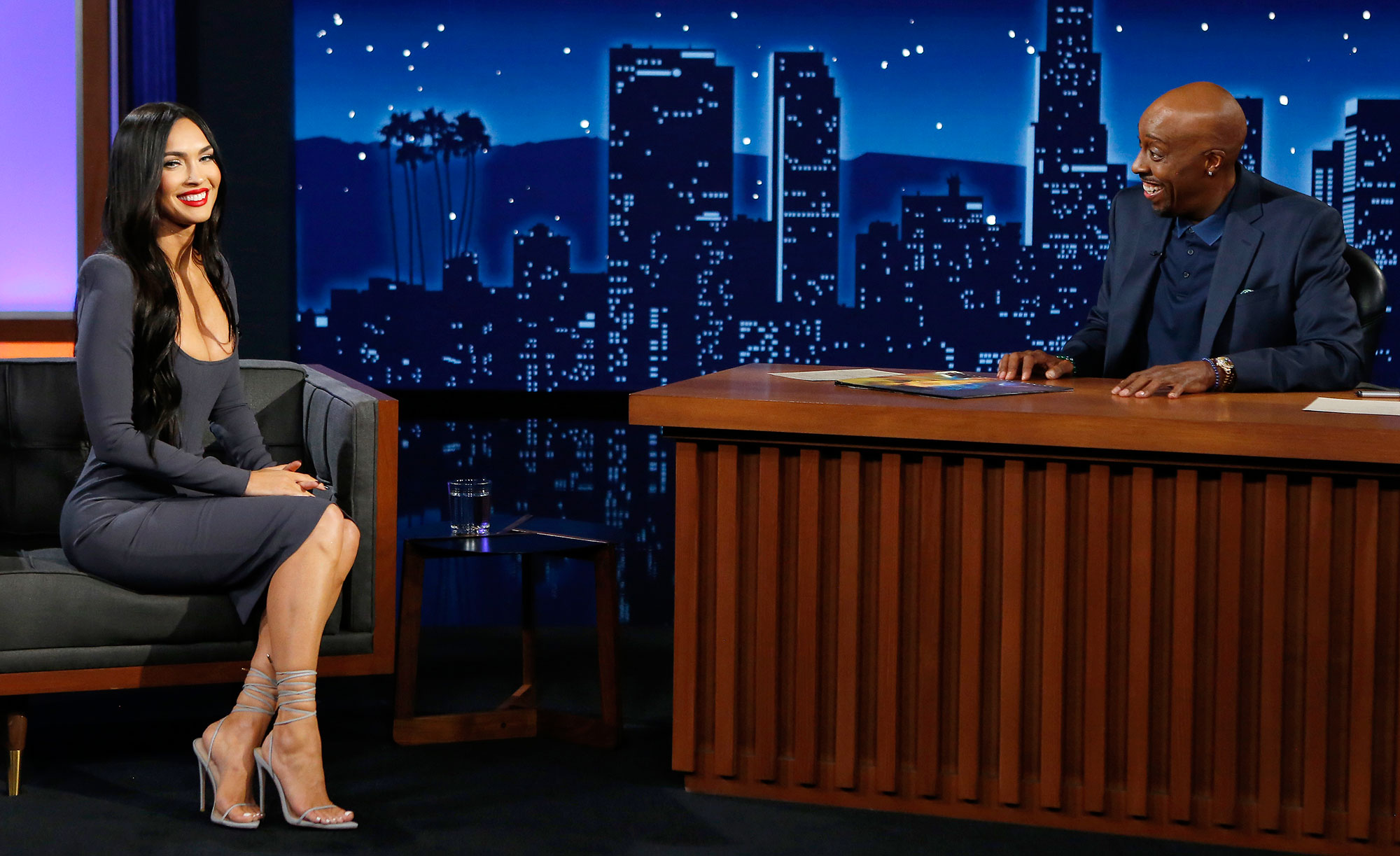 “He’s always covered in like grommets, zippers, sequins, everything’s pink, everything’s glowing. He’s always coming off of a stage show, so I have to kind of match what he’s doing,” Fox, who was wearing a gorgeous Alex Perry dress and FEMME lace up sandals, revealed. “So we do coordinate — often.”

When it comes to matching their looks, Fox isn’t talking about both wearing black or leopard print, oh no. The duo takes things to the next level!

There was also the unforgettable Billboard Music Awards, when the Transformers actress’ revealing Mugler dress matched both Kelly’s Balmain suit — and his painted black tongue.

While the duo’s relationship is strong, they don’t read each other’s minds when it comes to getting red carpet ready. Their stylists make sure that their outfits jive.

In an interview with InStyle, Maeve Riley, Fox’s stylist, spilled her thoughts on coordinating couple style.

“For a red carpet, I communicate with whoever the other stylist is and make sure that it makes sense for each other. It’s usually whatever the girl’s wearing and then the boy goes from there,” she told the outlet.

Riley continued: “But I have another client who, he’s such a fashion boy, that we sometimes work backwards from his look. I think everyone’s different. It’s a fun experience.”