The ‘Solar Power’ singer fashioned a white ensemble from Bode with a dazzling headpiece for the Met Gala.

Lorde just slayed the 2021 Met Gala! The 24-year-old “Royals” singer dressed for the event in quite the creative outfit from Bode, a handcrafted clothing brand. Lorde had on a light white jacket that had colorful beads etched on it. Her look included a matching dress that had a short train attached to it. But most notably, Lorde sported a fashionable headpiece that made her look like a true queen! 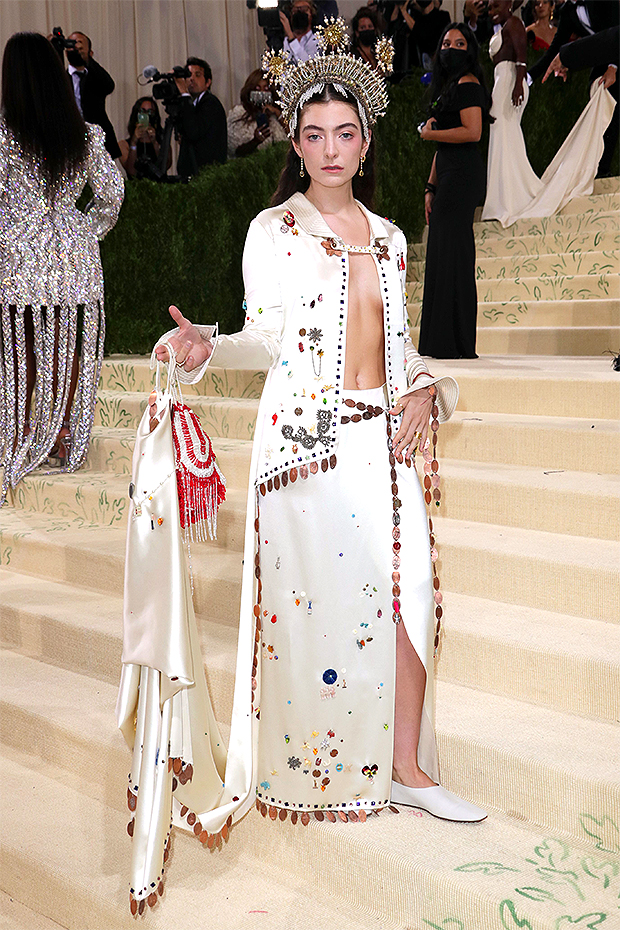 While chatting with Keke Palmer on the red carpet, Lorde explained that she worked with “repurposed antiques” from Bode to create her outfit. She also gushed over being at the star-studded event, telling KeKe, “This feels more like the America that we know. To see all these beautiful people, all the new people going through, it’s the best.” 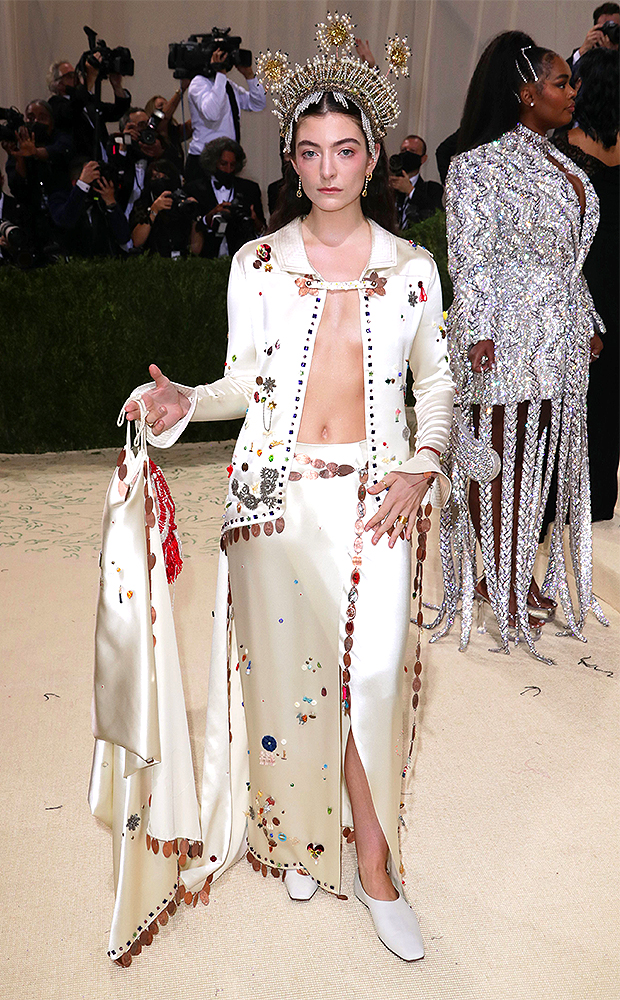 Lorde has been pulling off some stunning looks as of late. When she recently graced the cover of the October issue of Vogue, she wore nothing but minimal makeup and a grandiose floral gold breastplate from Schiaparelli Haute Couture. Elsewhere in the shoot, Lorde donned a white Alexander McQueen dress with leaf patterns in the water and a sparkly grey Balenciaga tank slip gown by the rocks.

In the accompanying interview with Vogue, Lorde discussed her newest third studio album Solar Power, out since August 20, and all things pop stardom, revealing that she doesn’t feel “built for pop star life.” She said, “I’m a highly sensitive person. I’m not built for pop star life. To have a public-facing existence is something I find really intense and is something I’m not good at. That natural charisma is not what I have. I have the brain in the jar.”