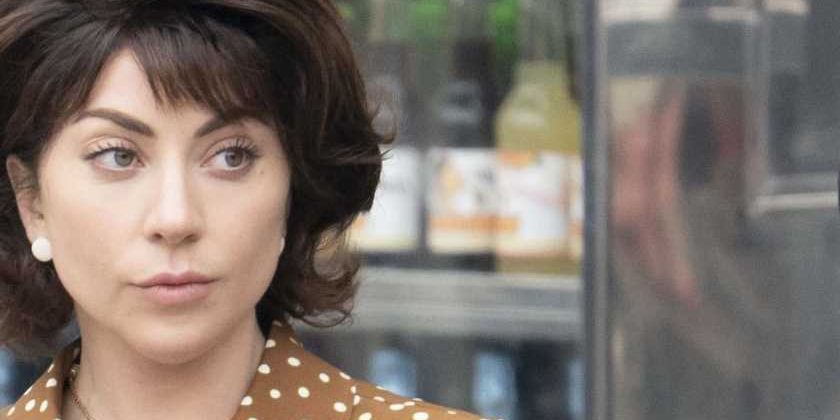 As the trailer is released for the hotly anticipated biopic, we take a moment – or two – to appreciate Lady Gaga’s transformation from Gaga to Gucci.

When it comes to fashion escapism, few scratch the itch better than that offered by films and television: if it’s not Halston transporting us back to the 70s with its achingly cool ensembles, it’s the Gen-Z infused Gossip Girl re-boot and, of course, the Sex And The City revival and Carrie Bradshaw’s enduring love of a Fendi Baguette.

But now there’s a new fashion-filled drama to feast your eyes upon: House Of Gucci, an upcoming biopic, which is based on a true story and stars Lady Gaga as the protagonist, Italian socialite Patrizia Reggiani, and Adam Driver as Maurizio Gucci.

For fashion and film lovers alike, the news of House Of Gucci will come as no surprise to you: when the first picture was released in March, the internet went wild for Driver’s chunky Aran knit turtleneck, while another, far more gold-adorned corner of the internet, pored over Gaga’s transformation from, well, Gaga to Gucci. In fact, in the weeks following the picture’s release, which featured Gaga and Driver decked out in achingly chic après skiwear, searches for Gucci chain belts spiked, according to Lyst.

While no further official images have been released yet, there are a clutch that have been snapped from the set of the film, which have seriously whet our sartorial palates thanks to Gaga’s Dynasty-esque wardrobe for the film, which is set between the 1970s to the 1990s. It’s Alexis Carrington meets Princess Diana meets Joan Collins.

In one image, Gaga can be seen wearing a creamy coffee-coloured polka dot shirt dress – which is actually from Max Mara’s latest collection – with a pair of nude pumps and a matching bag, while in another, Gaga and Driver are seen canoodling in a boat, with the star wearing a V-neck printed dress courtesy of Sandro.

Lady Gaga in House of Gucci

The film, which is based on Sara G Forden’s book The House Of Gucci: A Sensational Story Of Murder, Madness, Glamour, And Greed, is being produced by Ridley and Giannina Scott and Kevin Walsh and also stars Jared Leto, a known muse for current Gucci creative director, Alessandro Michele.

We might have until November until we can finally see Gaga and Driver in all of their House Of Gucci glory but for today, now that the Blondie-filled trailer has finally dropped, let us pore over that until its release.