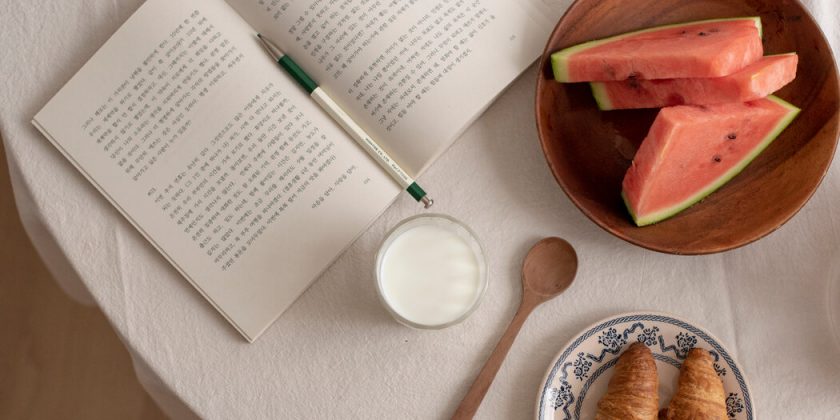 In a video titled “Vlog That Makes You Want to Clean,” the South Korean YouTube creator Kim Sang-mi shows viewers how to tackle windowsill grime with a pair of chopsticks and a cleaning cloth, and how to disinfect the home using a mixture of soju and lemon slices.

But then, a few minutes into the video, Ms. Kim pivots unexpectedly, growing sentimental about being a mother and about womanhood. “Even if you are somebody’s wife and mother, don’t give up on your own happiness,” reads a caption on the video, which has more than 4.7 million views.

Ms. Kim, 34, who goes by Haegreendal — an alias she created to refer to her career as a freelance illustrator and her childhood nickname, “Moon” — is one of many South Korean female creators who have carved out a genre of aspirational videos on YouTube that show the simple pleasures of keeping a clean, organized and food-filled home. You could call it Danish hygge meets Marie Kondo’s decluttering; the videos prescribe minimalism and reveal the joy of quiet domesticity.

With nearly two million subscribers, Ms. Kim’s channel is one of the most popular of its kind. Other channels follow a similar formula: artfully composed scenes with calming background music, soft-focus filters and sentimental captions set to images of plants being watered, vegetables being chopped and clean pajamas being folded. These videos began appearing online before the pandemic but have become increasingly popular over the last year. 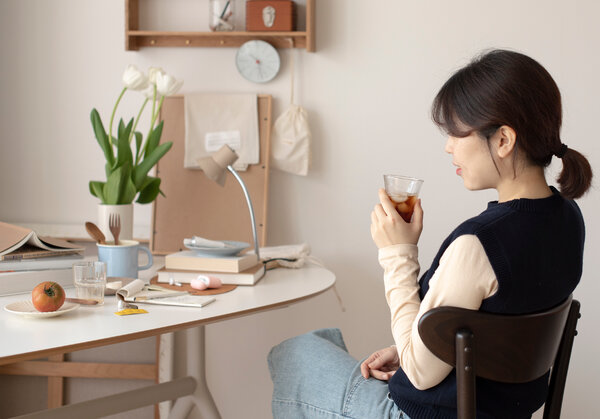 Many of the videos are filmed with minimal dialogue, and most of the creators operate under aliases and hide their faces to protect their privacy. “I want to focus on showing my actions and life rather than my face,” Lee Dah-yeon, 30, whose YouTube channel Ondo has more than one million subscribers, wrote in an email. “I don’t want to be famous. I want to share a normal, everyday life.”

Bak Hae-ri, of the channel Sueddu, is popular among young, single women. She wrote a book about being a homebody, “23, and I Live Alone Now.” In her videos, Ms. Bak, 27, shows viewers how to cook meals for one and enjoy alone time, through activities like painting, decluttering or reorganizing a dresser.

Ms. Bak’s content appeals to women in the so-called sampo generation, the growing number of young adults who are rejecting the three pillars of adult life in Korean society — courtship, marriage and children — in favor of independence and financial freedom.

The latest statistics in South Korea show that women in two-income households invested on average two hours and 13 minutes of extra housework a day, compared with their male partners, according to data released by the South Korean government from 2019.

The appeal of these videos, though, stretches beyond South Korea. In Atlanta, Ebony Okeke discovered Haegreendal after getting married two years ago. She was inspired to post homemaking videos on her YouTube channel and “fill the gap” of Black creators making such videos.

“I don’t believe in reversing gender roles or diminishing them or encouraging either-or,” Ms. Okeke, 23, said. “I do think that no matter what career a woman chooses, be it a corporate career or a home life, that both career choices should be appreciated, valued and respected.”

Amy Lee, who works in health care recruitment in New York, found Ms. Bak’s channel during the pandemic because of a YouTube recommendation. She was drawn in by the way mundane activities like cooking and cleaning were given a cinematic treatment. “It made me appreciate the everyday routine, the cleaning and productivity,” Ms. Lee, 25, said.

Yoon Soo-yeon, an assistant professor of sociology at Sonoma State University in California whose research focuses on family and gender equality in South Korea, said the content risks propping up a gender paradigm that makes women the primary cooks, housekeepers and caregivers in the home.

“It reinforces traditional gender roles and the man’s idealized view of the woman as a wife and mother in a patriarchal society,” she said.

But Ms. Yoon also pointed out that a huge gender pay gap in South Korea means that more often than not, the woman becomes the default homemaker given her lower salary.

“Gender equality in South Korea has increased for women since the ’70s and women may be in a better position today, but by international standards, they’re still low,” Ms. Yoon said.

For their part, the creators said they simply enjoy the banalities of homemaking, be it making good food or keeping a clean home. “I want to break the common assumption that cleaning and cooking at home is just a task for passive women or housewives,” Park Hyo-ju, 25, of the channel Nyangsoop, wrote in an email. On her channel she posts videos about life from her quaint, cottage-like home in the South Korean countryside baking strawberry tarts, drawing with oil pastels and playing with her cat, Taco.

“I do what I do because I love cooking, I love cleaning and organizing my home,” said Sue Yun, 34, of the YouTube channel Hamimommy. Ms. Yun is currently on a three-year sabbatical from Korean Air, where she managed airline alliance and operations, to take care of her daughter.

She shows viewers how to recycle used coffee grounds to remove grease from a frying pan and upcycle old sweaters into a child’s bag. And while her husband doesn’t often appear on camera to help with the chores, Ms. Yun said that he is behind the scenes taking care of their daughter while she’s filming and editing.

“It’s not something other people expect me to do because I’m a woman,” said Ms. Yun. “It’s my choice.”