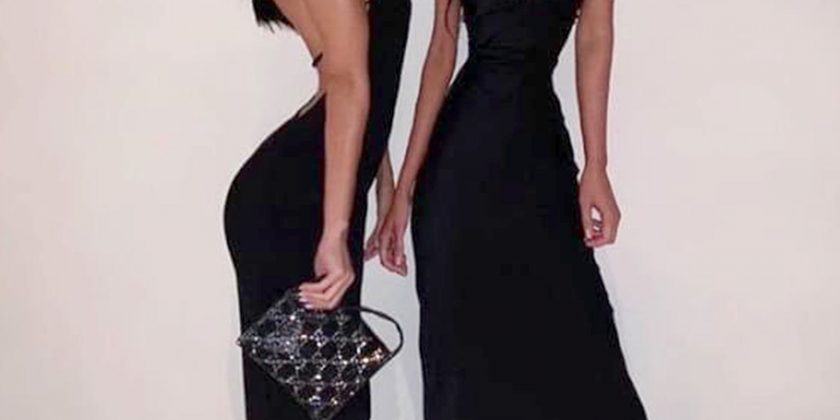 Kourtney Kardashian appears to be clapping back at haters who accuse the KarJenner sisters of Photoshopping their pictures.

The Keeping Up with the Kardashians star, 39, shared a photo of herself with sister Kim Kardashian West before attending the 2018 LACMA Art + Film Gala, which was a repost of one that Kardashian West had shared on her own feed. Shortly after Kim and Kourtney posted the photo, followers noticed that Kourtney’s left hand looked odd in the shot, and began to accuse the sisters of over-the-top photo editing.

“What happened to Kourtneys left hand??” one person asked in the comments. Another person wrote, “those body’s are are all fake.”


“Too much editing and photoshop,” one critic said. Others believed the sisters used heavy Facetune to alter themselves, with many saying Kim and Kourtney look like “aliens” in the shot. “Very scary…fake faces!” an Instagram user commented.

RELATED PHOTOS: Every Halloween Costume the Kardashian-Jenner Family Wore in 2018

In response, Kourtney heavily Facetuned and Photoshopped the photo and posted it on Twitter with no caption. The star edited her back into an extreme arch and gave Kim absurdly slim proportions.

Many fans applauded the star for making a joke out of the Photoshop controversy. “yet another unrealistic standard for women,” one fan tweeted with a laughing gif. “Skinny legends,” another person tweeted.

Photoshop aside, Kim faced backlash from her fans and celebrities alike in July after she shared Instagram stories in which she said she was overjoyed to hear her sisters Khloé Kardashian and Kendall Jenner say that she looked “really skinny” and “anorexic.” She also later bragged about weighing 119 lbs.

She later apologized for making the comments on the first episode of Ashley Graham’s new podcast, Pretty Big Deal.

“Looking back and having said that, I 100 percent understand why people would feel that way. So my intention is never to offend anyone and I really, you know, apologize if I offended anyone,” she said. “Because an eating disorder is…I know people that have serious eating disorders that have been in and out of the hospital for 15 years — close people. So I’ve like, been through…I have experienced it enough to have, like, known better.”

Kourtney’s also bragged about her weight and opened up about only being 98 pounds. In a deleted scene from KUWTK, Khloé Kardashian told friend Simon Gebrelul, “You know [Kourtney’s] 97 lbs.?”

“Guess what? I gained a pound,” Kourtney corrected her. “I’m 98 [lbs].” And the mom of three has shut down critics saying she’s too thin before when she posted one Instagram photo in April 2015.

“I’m 5 feet tall, so everyone relax,” she wrote. “I’m on a workout kick, trying to bring some Monday motivation.”