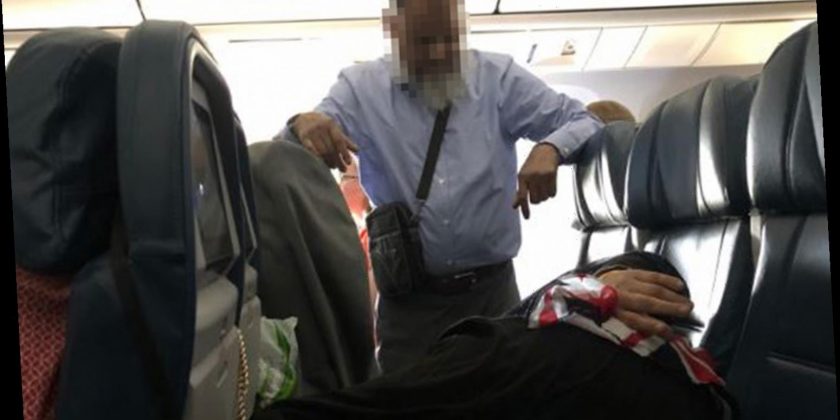 HOW far would you go to show your partner that you love them?

We all do little things for our other halves, but one man has committed the ultimate selfless act by standing up on a plane for SIX hours to let his wife sleep. 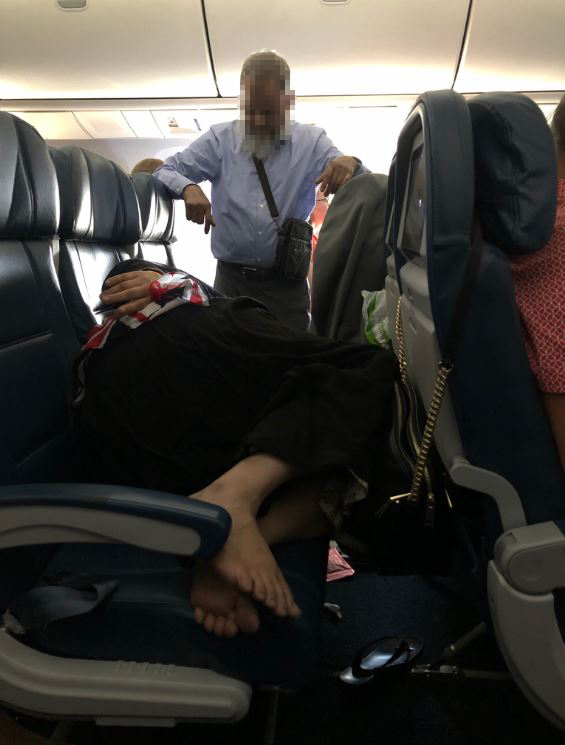 A fellow passenger who witnessed the gesture, took to Twitter to share a snap, tweeting: "This guy stood up the whole six hours so his wife could sleep. Now THAT is love."

In the image, the man appeared to be stood in the aisle of the plane while his wife sprawled across three seats, asleep.

And while there might have been a perfectly legitimate reason why the man was standing, other users on Twitter branded the woman "selfish".

One commented: "If that is love then I'd rather be lonely".

While another tweeted: "How is this love please? You're willingly putting your partner through stress. What happened to resting your head on his lap?"

Others hilariously compared it to Jack and Rose on Titanic, while another user said: "Erm no, love is him willing to do it and her not letting him do it."

Some wondered if there was a reason why the man wasn't sitting down with his wife, with one suggesting they could have had a row.

Another wrote: "Unless she's sick and this is the only rest position within the circumstance that will make her stay alive."

Others, however, questioned whether the image was a true representation, with one claiming flight attendants wouldn't allow it.

"The flight attendants wouldn’t even allow this," said one.

While another wrote: "They don’t let you stand in the aisle for 5 minutes, let alone 6 hours."

In other relationship news, we told you how a lad stuns his Tinder date by creating a cover letter saying exactly why he is the perfect match – then bags an ‘interview’.

We also revealed a groom was slammed for showing up in ‘grass stained jeans’ to his nuptials – while his bride wears a full wedding gown.

And we showed you Tinder's 30 most right-swiped Brits – including a transgender cosmetic surgeon and a ‘Prince Harry lookalike’.