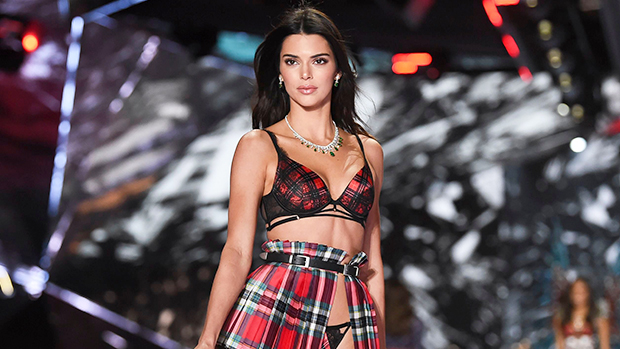 Forbes has named Kendall Jenner the top earning model of 2018, earning $22.5 million dollars, almost twice as much as the second best earner, Karlie Kloss, who got $13 million. See the list below!

Congrats, Kendall Jenner! She may be the least public of her famous family, but the model not-so-quietly earned over $22 million dollars in 2018! Forbes is reporting she earned this amount from June 2017 to June 2018, thanks to contracts with mega brands like Estee Lauder, Adidas, and Calvin Klein, just to name a few. She’s sure to be at the top of the list next year as well, since she just walked in the major Victoria’s Secret Fashion Show this fall. She also gets paid for appearing on the family’s reality show Keeping Up With The Kardashians.

Karlie Kloss is number two on the list, with $13 million earned, thanks to her partnerships with Swarovski, Adidas, and Estee Lauder. She’s also the face of Carolina Herrera‘s fragrance. Chrissy Teigen and Rosie Huntington-Whitely are tied for third place with $11.5 million each. Brazilian bombshell Gisele Bundchen tied with Cara Delevingne, with each of them making $10 million. Gislee is the face of Vivara jewelry. Cara continues to focus on her film career, but is also a fashion week mainstay.

Not surprisingly, sisters Gigi Hadid and Bella Hadid are on the list as well. Gigi got 7th place, earning $9.5 million, while Bella tied Joan Smalls for 8th place, with $8.5 million in pre-tax earnings. These ladies are total bosses, and making names for themselves worldwide! Gigi and Bella both walked in a ton of shows during New York Fashion Week, as well as the 2018 Victoria’s Secret Fashion Show. Are any of your favorite models missing from this list?