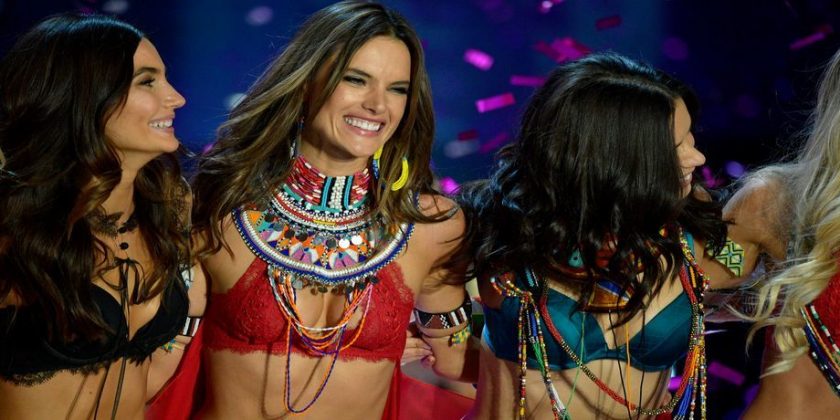 For many models and aspiring models, a huge mark of success is finally being able to don the coveted Victoria’s Secret angel wings. Earlier this year, Kelsey Merritt made history when she was announced as the first Filipino model to ever walk in the Victoria’s Secret Fashion Show, as previously reported by the Inquisitr.

After the announcement, Merritt took to Instagram to share her excitement about being able to join some of the greatest names in modeling — both past and present — by gracing the runway of one of the biggest lingerie events in the fashion world. She also took the opportunity to thank those who’ve believed in her throughout her career, and now, she’s sharing the first official teaser video for the upcoming show.

The 22-year-old reposted the short clip, which showed off the models participating in the fashion show. The event has been dubbed “Heaven on Earth” and will feature famous faces, including Adriana Lima, Behati Prinsloo, and Candice Swanepoel. Merritt will also be sharing the runway with Kendall Jenner, Gigi Hadid, and Bella Hadid.

In the teaser, Merritt can be seen strutting down the streets of New York City with her angel wings in tow. In the caption, she expressed how much she’s looking forward to next week.

The Victoria’s Secret Fashion Show will take place next week, November 8, but will not air until December 2, on ABC.

The VS angels will also share the stage with musical acts The Chainsmokers, Bebe Rexha, Halsey, Rita Ora, Shawn Mendes, Kelsea Ballerini, and The Struts.

Merritt has signed with agencies all around the world, including Wilhelmina, Supreme, Women Management Milan, and Nomad, according to Insider. But despite being represented by so many agencies and having a solid body of work, landing the VS runway was no easy task. Merritt said she had to attend two separate castings before a decision was made.

“The first was a regular casting — they took Polaroids of me in lingerie. Then I got a callback the day after. For the callback, they asked me to go on set with Victoria’s Secret and do like a trial shoot with their whole team,” she told Preview.

After it was announced Merritt would be the first Filipino woman to walk in a VS fashion show, the model faced quite a bit of backlash from social media users. Many felt that she wasn’t a “proper” representation of a Filipino woman.

“I was born in the Philippines and I grew up in Pampanga. I finished my schooling in Manila before I migrated to the U.S. last year. My blood is more Filipino than those who call themselves ‘pure’ but have never set foot in the Philippines. I love my country and I’m proud of where I came from,” Merritt tweeted in response to the criticism.