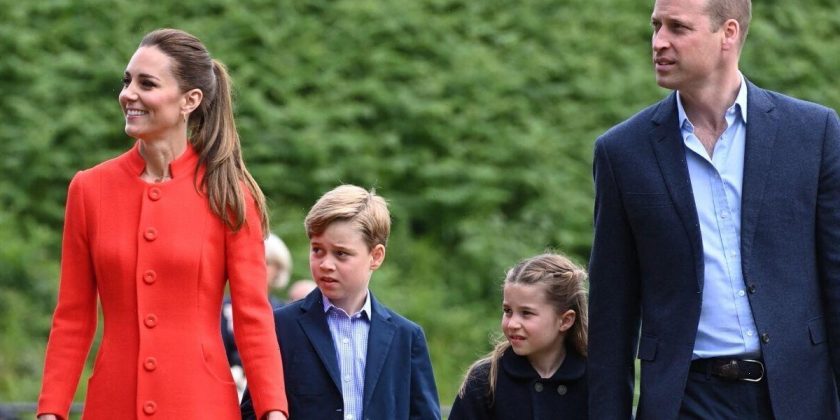 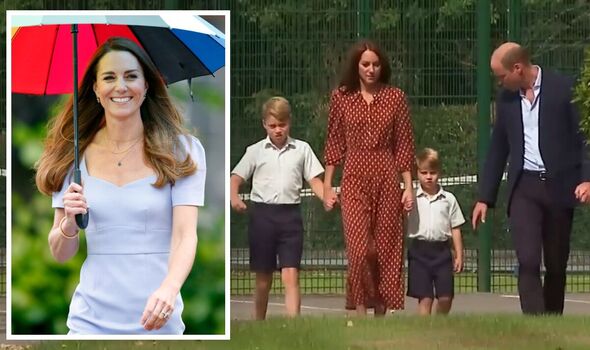 Kate Middleton enjoys participating in celebrations with her three children. Prince George, Princess Charlotte, and Prince Louis’ parents, the Prince and Princess of Wales, have frequently been commended for their hands-on parenting style.

The fact Kate and William are senior royals in no way prevents them from enjoying themselves with their children.

The Prince and Princess of Wales’ official London residence, Apartment 1A in Kensington Palace, and Tamara Ecclestone and her husband Jay Rutland both share the same posh Kensington postcode.

The £70million, 57-room house owned by the Eccleston-Rutland family in the illustrious neighbourhood was the ideal location for Kate to bring her children trick-or-treating on Halloween, Mr Rutland claimed.

On Wednesday, Mr Rutland urged his 136,000 followers on his personal Instagram account to “Ask me a question”.

One follower probed: “What do you think of William & Catherine”, to which the Maddox Gallery director replied: “William is warm, engaging and friendly.

“Kate knocked on our door in London with their kids on Halloween. ‘Trick or Treating’. Very friendly and down-to-earth,” he added.

It is difficult to imagine the Princess of Wales, known for her impeccable style and sartorial prowess, donning a spooky mask and entertaining her children by ringing doors.

But it is most likely that Prince George, Princess Charlotte, and Prince Louis would have loved it.

Back in 2019, the practical royal mother Kate was seen looking over Halloween costumes with Prince George and Princess Charlotte in the King’s Lynn Sainsbury’s Hardwick branch (only a short drive from the Waleses’ Norfolk estate, Anmer Hall).

However, even before having children, Kate has worn disguises in public. Before moving to Kensington Palace, William and Kate lived in a quaint house in Anglesey, Wales,

A cinema manager relayed a tale about the Prince and Princess showing up to watch Toy Story 3 adorned in “fancy dress” and “big afro wigs” as a disguise.

“Prince William’s was purple if I remember rightly,” the manager divulged, allowing royal fans to envision the scene even more vividly.

An artist who lives in the town where the royal couple lived, has admitted she would see them occasionally “driving around in a battered white Ford Transit van, wearing baseball caps and sunglasses” as an attempt to disguise themselves.

“Everyone thought it was hilarious when they twigged it was them. It was very funny—William as a white van man.”

Kate has also been known to use a pseudonym when out in public so people do not overhear her name and recognise her.

Back in Anglesey shortly after her wedding, Kate suffered a blunder during one trip to the shops when she accidentally forgot her purse. She was trying to purchase a water suit in a watersports shop called Funsport near her home.

As she went to the till to pay, she realised she was unable to pay for the item. The Princess prevented it from being a wasted trip by giving the shopkeeper a secret name.

Kate went up to the tills to ask if she could reserve the wetsuit to collect it at a later time. When the shopkeeper asked for her name, the Princess replied: “Mrs Cambridge”.

At the time a source told the Mail on Sunday: “He [Bucky] was happy with that, but then produced a pen and asked for her name. Perhaps she was trying to play down her destiny as future Queen, but she replied ‘Mrs Cambridge’.

“He was looking straight at her and actually commented that it was quite an unusual surname. He hadn’t a clue who she was. She just smiled and said she’d be back.”