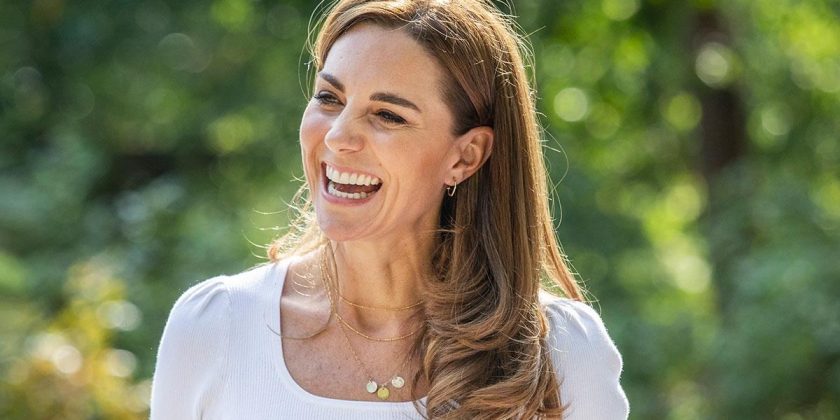 The Duchess of Cambridge is a veteran when it comes to occasionwear dressing. The mother-of-three looked ethereal wearing a gorgeous blue dress during the Royal Tour of the Caribbean. Stepping out alongside Prince William, Kate wowed crowds looking as stylish as ever as she greeted onlookers.

Kate wore the blue design that featured ruffle detailing all along it. She appeared to favour blue for her outfit as she also carried a matching blue bag and heels alongside a sapphire necklace.

The Duchess wore her hair in a ponytail as she accompanied her husband out of the plane.

The Duke looked very dapper as he wore a light grey suit finished off with a black tie.

The royal couple looked amazing as they stepped off the plane

Last month, Buckingham Palace confirmed that William, 39, and Kate, 40, will travel to Belize, Jamaica, and The Bahamas from 19 to 26 March as part of a royal tour of the Caribbean.

Yet, the royals have been forced to cancel their first major visit to a cacao farm in Belize on their Caribbean royal tour after facing backlash from local residents.

Prince William and Duchess Kate had planned to tour a cacao farm in Indian Creek village during the first full day of their tour on Sunday but have now been forced to find another location after residents opposed their royal trip.

MORE: Who is looking after Prince William and Kate’s children during their Caribbean tour?

William and Kate will subsequently travel to Jamaica, where their visit will include engaging with the Jamaican Defence Force and celebrating the seminal legacy of Bob Marley and other ground-breaking Jamaican musicians alongside some of tomorrow’s stars.