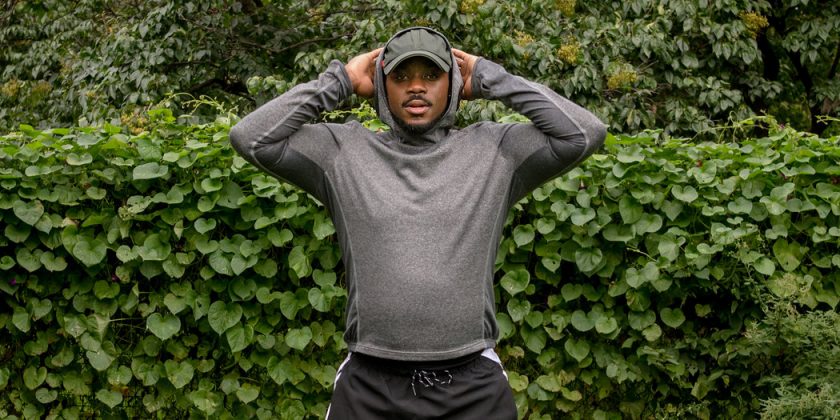 Jovan Adepo, 30, is on the verge of a breakout. Already known for his supporting roles in the film “Fences” and the TV show “The Leftovers,” Mr. Adepo can be seen this fall as the lead actor in the horror-mystery film “Overlord, and the Facebook Watch series “Sorry for Your Loss.” He also has a supporting role in Season 2 of “Tom Clancy’s Jack Ryan.” Here’s his training routine and how he deals with the pressures of being a rising star.

When I’m in the middle of filming, I try to get up an hour before my call time. I work out to catch my rhythm and to get my blood pumping. I usually don’t do more than a half-hour.

I played football in college, and I’m already really familiar with a lot of the training exercises. But if I want to pinpoint a specific muscle area, I’ll ask a trainer or take a few trainer lessons.

I take a lot of advice from my peers. I spoke to John Krasinski a lot. He has a gym you can take with you anywhere with a yellow rope. The workout is all about body weight, and it’s a good way to maintain on set. Or Michael Kelly. He’s doing push-ups between takes. 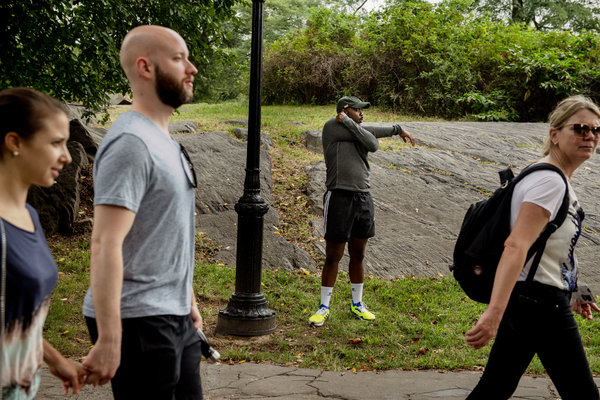 On set, you’re waiting around a lot. You can be first up on the shoot list and you can still be waiting an hour and a half before you’re on. It can lead to snacking. The craft foods area is a black hole.

At the moment, my diet is super-heavy on protein and vegetables. If I try to stick to a particular diet, I probably won’t follow it. I just try to avoid carbs after noon. Before that I can have toast and all the things in the wonderful world of carbs.

The body is a tool of the job. If I have a role to prepare for, I’m a perfectionist in almost every aspect of life and it’s my choice to put a lot of stress on it. On “The Leftovers,” I just to had to be in normal-person shape. But then I played a Navy SEAL and you have to look the part.

I tend to be very hands on with my grooming. I try to come to the set halfway prepared. I like to have my hair already prepared and my beard shaved. The character I’m currently playing, he would be doing his own grooming. That’s how I think about it. Then I get onto set and the hair and makeup team cleans it up.

I’m an oil guy. I use argan oil or Moroccan oil on my hair and as my facial oil. I put castor oil on my beard. I also use a lot of Shea Moisture products, and I’ve dabbled into Kiehl’s. I got a gift bag at a party full of Kiehl’s, and I started buying it because I liked some of it.

Quiet on the Set

When you’re on set, you’re surrounded by people constantly. If you go to your trailer, somebody will come to look for you. Elizabeth Olsen, she is the best at finding these holes between sets, where she can hide out. It’s nice to know that I’m not the only one. Sometimes you just need a moment of peace.

If I’m waiting around on set, I’m really big on listening to music. I try to listen to a bit of everything — I love hip-hop, rock music and I’ve dabbled into classical.

My career is just beginning. This past year has really shown me the power of rest. You can literally run yourself into the ground. If I’m off, I’m a homebody. I spend the majority of my time in the house. I do like to play intramural soccer.

Every day that goes by I get more comfortable in my own skin. My mom, she’s a yogi. She’s all about training the body and mind to work as one. It’s taken me some time to embrace meditation. I still need to learn how to embrace the quiet and how to make it stick.

But I think it’s very hard in this industry to stay true to who you are. It’s an industry that contrives and forces you to compete with other people. I try to keep the good people around me. Also my dad, he likes to say, “Stay away from the bad people. If someone doesn’t feel right, trust your instinct.”