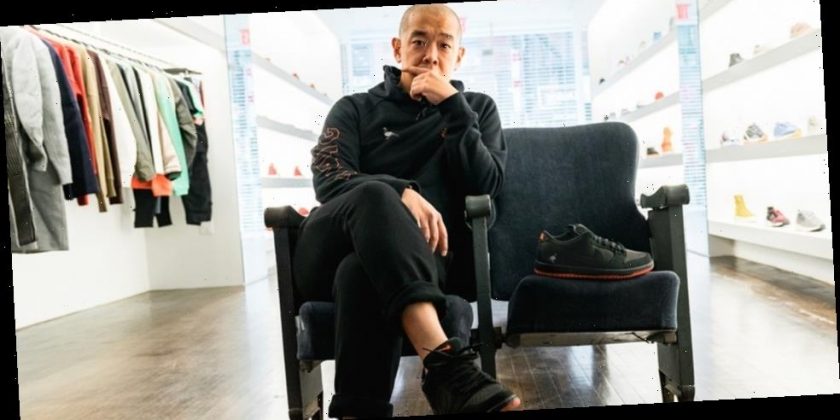 Shortly after Warren Lotas countersued Nike over the Dunk trademark, Jeff Staple has now addressed the ongoing lawsuit between the designer and sportswear giant. It is important to note that Staple’s collaboration with Lotas inspired by the Dunk Low “Pigeon” marks the beginning of the legal dispute.

Careful when discussing the pending legal matter, Staple notes that he is a fan of Lotas and acknowledges the complicated situation. “I can see the perspective on both sides, but I will say that brands have always pushed the culture forward and it’s always been uncomfortable for certain parties.” Going on to highlight the BAPE STA and how it is a knockoff of the Nike Air Force 1, “When Bathing Ape first put out the BAPE STA, pulled the Swoosh off an Air Force One and put something that looked like a Swoosh and a star, it was the OG heads that was like, ‘Fuck that, that’s wack. That’s basically a bootleg.’ Japanese heads were like, ‘nah that’s dope. That’s Nigo.’ And of course, now Bape is like a multi, probably almost a billion-dollar company. They can’t be stopped at this point.”

Staple outlines the difference between counterfeiters and customizers making bootlegs is simply the idea of misleading customers intentionally. “No one’s buying a Shoe Surgeon or Warren Lotas shoe to trick their friends. It’s a different thing. You don’t go to warenlotas.com, add a $300 dollar item to your cart and be like ‘ah, he tricked me, man. I thought these were the ‘Pigeons.’ I thought these were the ‘Stüssy.’”

Finally, the sneaker figure called Nike co-founder Phil Knight the “OG shoe dog bootlegger” when talking about the Cortez-Corsair legal dispute between Nike and Onitsuka Tiger. Back in the early ’70s, Knight and co-founder Bill Bowerman made their own versions of their version of the footwear silhouette after the Japanese company failed to meet the demand on a distribution deal.

Watch the interview with Jeff Staple on Benjamin Kickz Sneaker Talk above.

In case you missed it, Nike recently filed a preliminary injunction against Warren Lotas over his replacement sneaker.
Source: Read Full Article