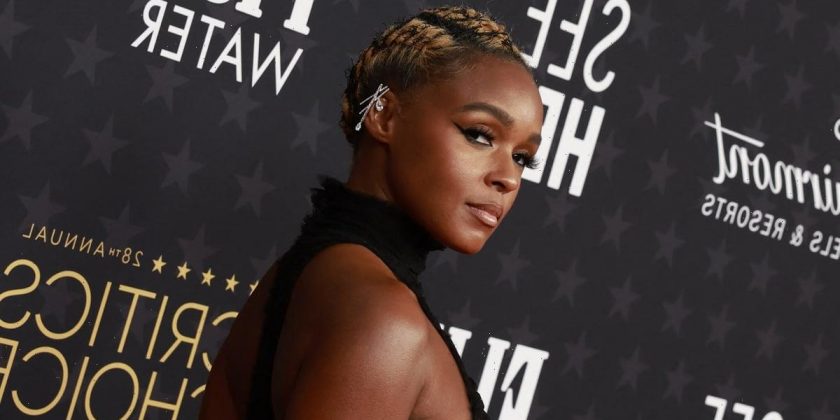 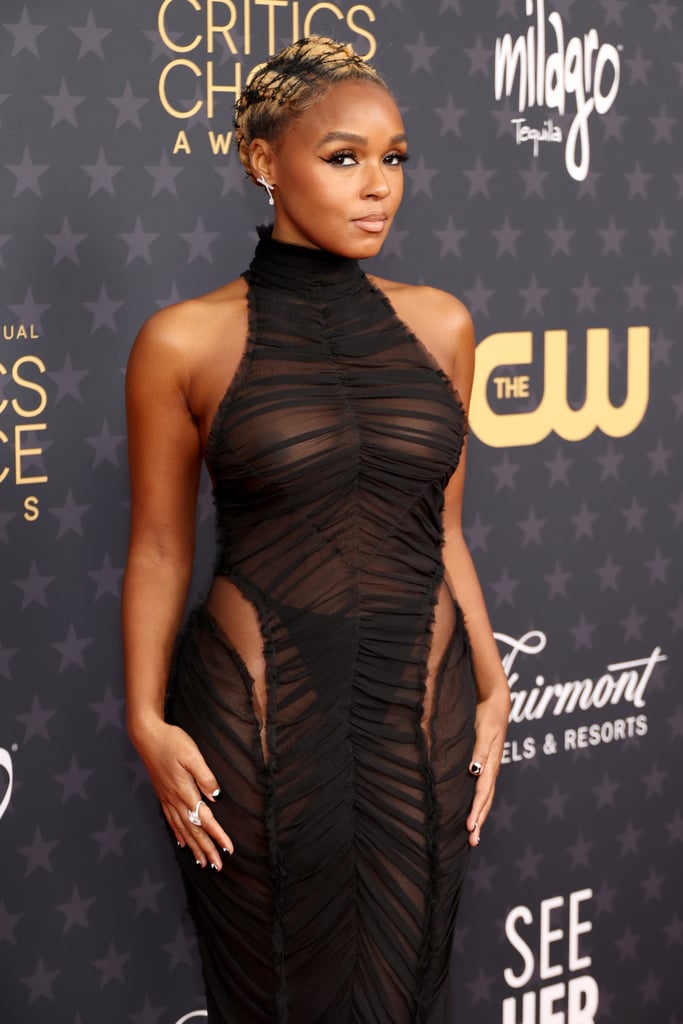 Janelle Monáe combined two major fashion trends with her Critics’ Choice Awards look. The “Glass Onion: A Knives Out Mystery” star attended the Jan. 15 award show in a totally sheer Vera Wang gown with daring hip cutouts slicing down each side, creating a crescent-moon shape. The sleeveless turtleneck dress was made of ruched tulle material that allowed her black thong to peek through and featured a short train that draped behind her as she walked the red carpet.

Monáe styled their dress with black patent-leather platform heels, crisscross diamond earrings, and a large diamond ring. They finished the look with a black-and-white half-moon manicure, an updo with black threads woven throughout, and elongated cat-eye liner.

The actor’s glamorous look was front and center when she took the stage to accept the seventh annual SeeHer Award, which honors “a woman who advocates for gender equality, portrays characters with authenticity, defies stereotypes, and pushes boundaries,” according to the Critics’ Choice Association. Monáe was also nominated for best supporting actress for her role in the “Knives Out” sequel, and the Netflix film is up for best acting ensemble, best comedy, and best picture.

Take a closer look at Monáe’s sultry gown ahead, then catch up on what Angela Davis, Sadie Sink, and more nominees wore to the Critics’ Choice Awards.