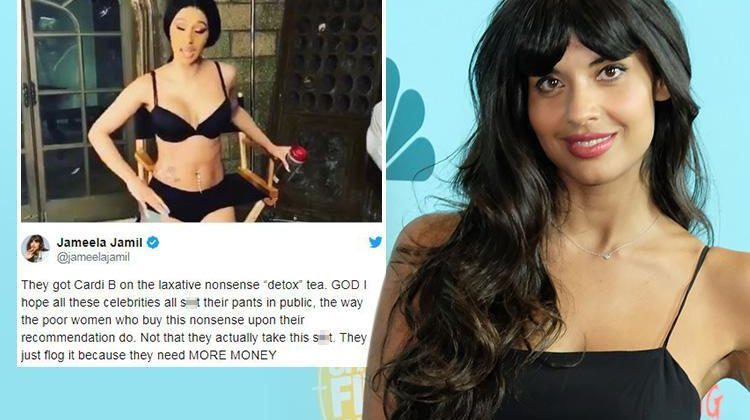 The Good Place actress took to Twitter to voice her frustration with Cardi B's new collaboration with TeamiBlends in which the rapper claims the tea caused her to lose "more weight" than she wanted just four months after giving birth. 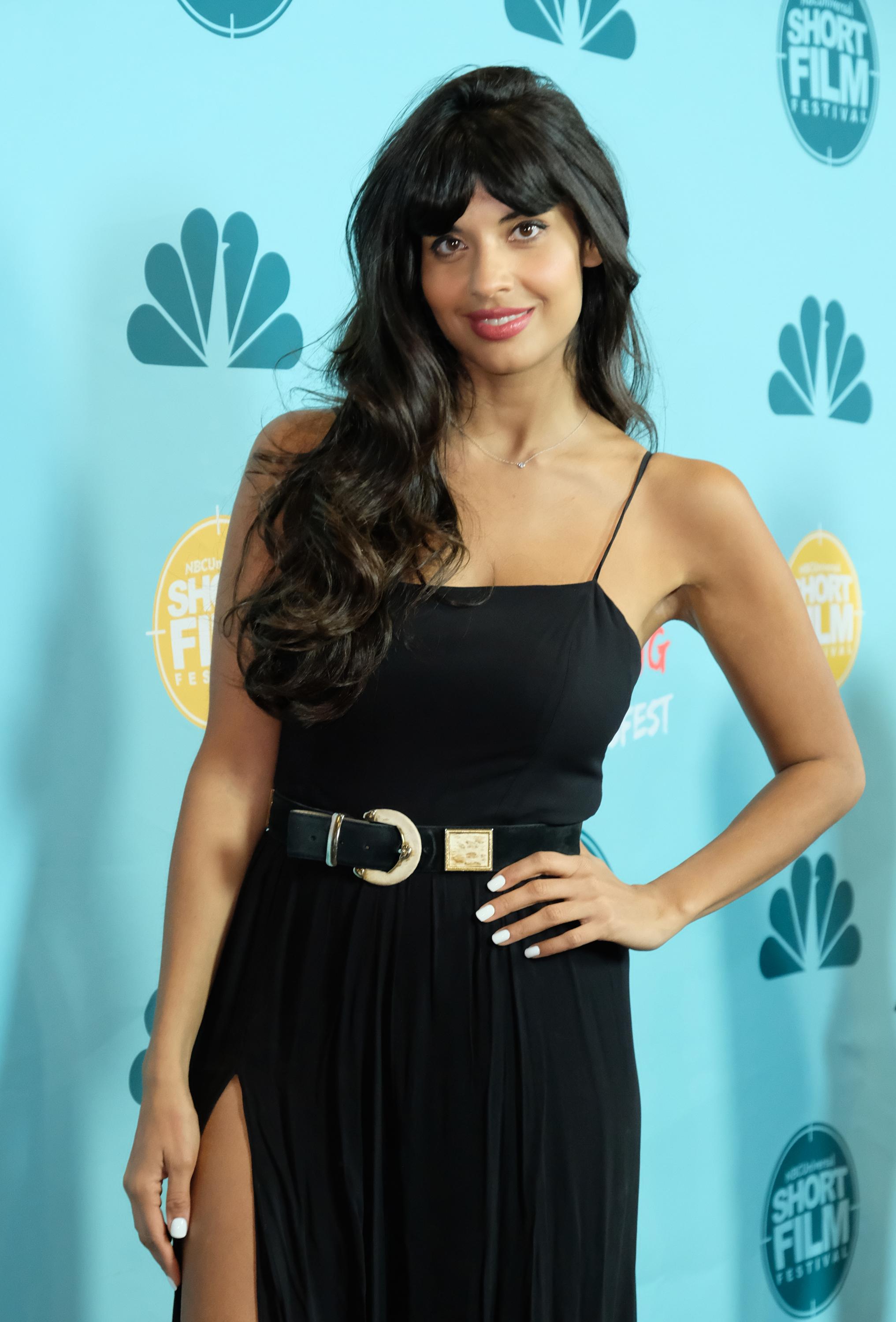 Calling out celebrities for promoting weight loss supplements, the former Radio 1 DJ wrote: "They got Cardi B on the laxative nonsense 'detox' tea.

She added: "GOD I hope all these celebrities s*** their pants in public, the way the poor women who buy this nonsense upon their recommendation do."

Questioning whether "they actually take this s***", the actress asserted: "They just flog it because they need MORE MONEY."

As part of a promotional Black Friday video last week, the Bodak Yellow rapper posed in her underwear on the set of a music video and claimed she had relied on Teami to "help curb my appetite" and "get my stomach looking how it used to look when I was a stripper." 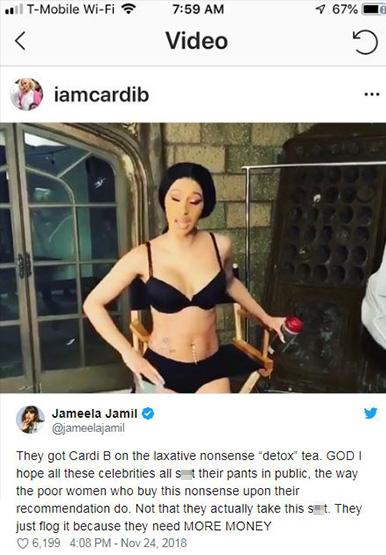 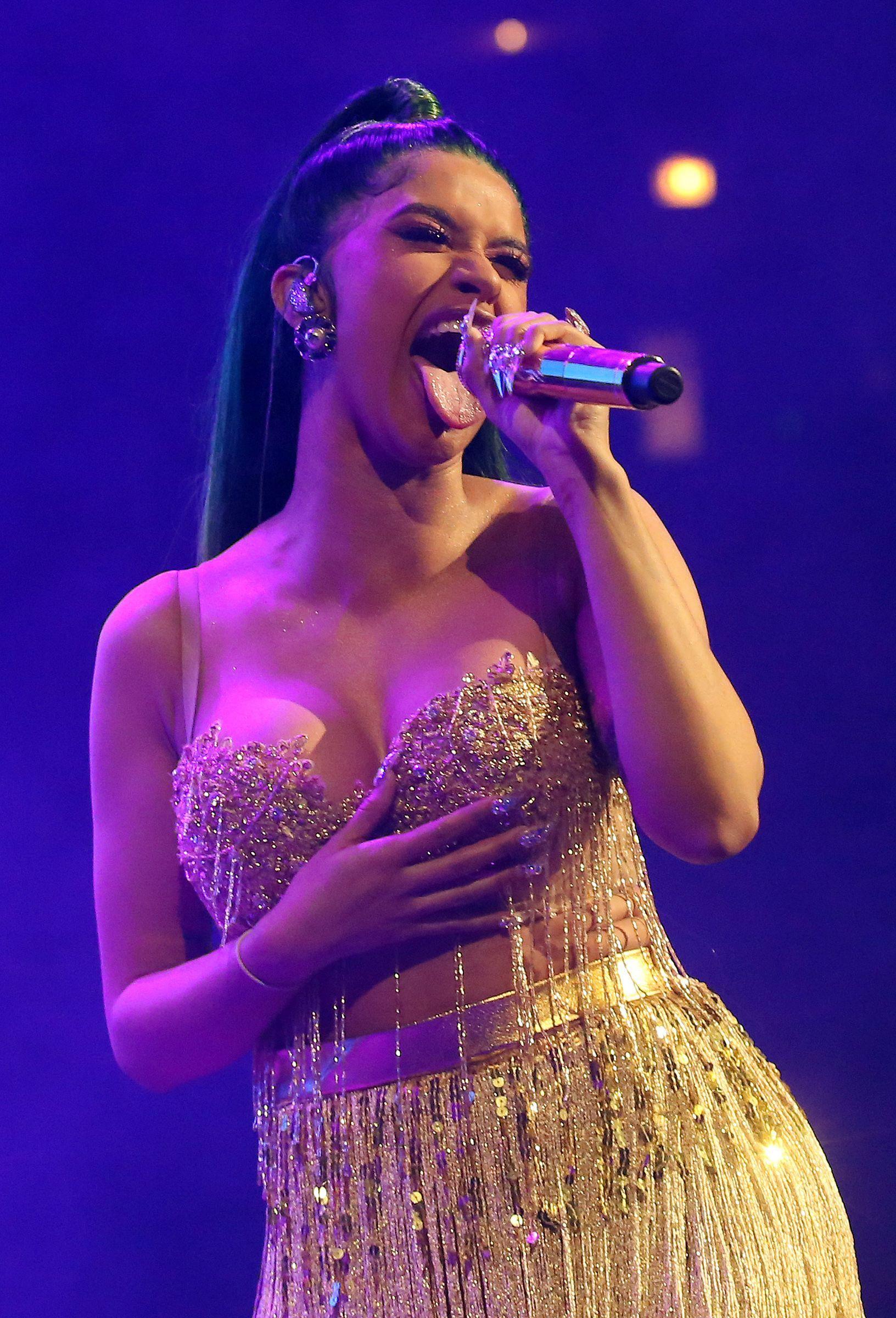 In a Twitter thread that has been 'liked' over 6,000 times, Jameela added: "If you want to 'curb your appetite' eat some good damn green vegetables or have some nutritious natural vegetable soup. Don't drink these 'detox' teas, you need fiber!"

"Not something that honestly just makes you have diarrhoea the day you take it and constipates you in the long run."

Accusing the rapper of knowing "nothing about nutrition/basic advertising ethics, Jameela concluded: "IF you want to get healthier, talk to a trainer/doctor." 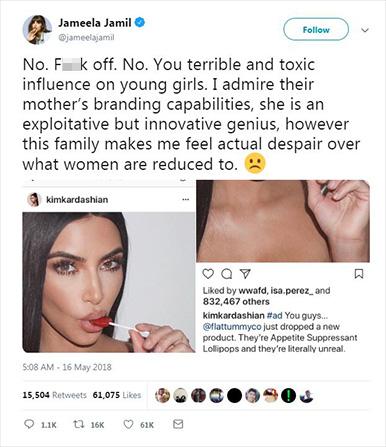 Earlier this year, Jameela accused Kim Kardashian for being a "terrible and toxic influence on young girls" after the reality star was widely slammed for promoting appetite suppressant lollipops.

Having suffered from an eating disorder as a teenager, the Good Place actress now runs the body positivity Instagram account I Weigh.

Not just about "body positivity" but about "life positivity" too, Jameela says the campaign is about how she personally measures herself in "what I did, how I made people feel and how much I enjoyed myself."

In even more celebrity news, Meghan Markle "is regarded as difficult and demanding" by "family and staff" – but there's "no big fallout" with Kate Middleton, royal expert reveals.