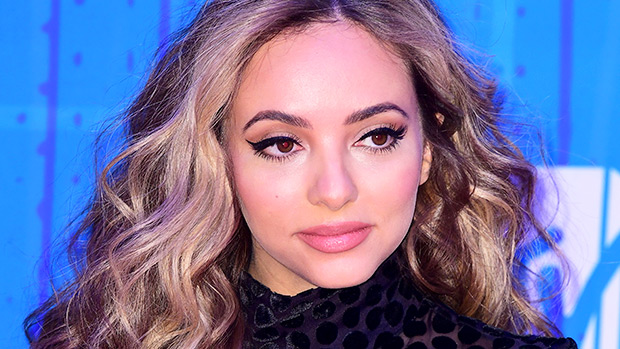 Jade Thirlwall just freed the nipple on the 2018 MTV Europe Music Awards red carpet! The Little Mix member showed up in a black sheer top covered in opaque polka dots, but the thicker pattern didn’t hide her bare nipple that was underneath. Hey, that’s just the price you pay when you risk wearing a see-through shirt while braless! But let’s be real: even if it wasn’t intentional, it was still a #Look and Thirlwall definitely owned it!

The “Shout Out To My Ex” hitmaker looked super fierce in her red carpet ensemble alongside her fellow group members. She paired the sheer top with a black, pink and white geometric skater skirt and strappy black heels. Her beauty look was also on point, thanks to some winged eyeliner and a pink lipstick. She wore her hair down in loose waves, which actually helped with covering her other nipple!

Little Mix is nominated for Best UK & Ireland Act at the award’s show on Nov. 4. The girls are also set to take the stage during the show, and we’re hoping they bring out collaborator Nicki Minaj for a performance of their song, “Woman Like Me.”

Check out the gallery above to see even more red carpet arrivals at the MTV EMAs before the show begins at 2 p.m. ET!