Dopamine dressing, the art of dressing in bright colours and playful shapes that make the wearer feel good as well as look good, has become one of the codes of post-pandemic style. Fluoro is the new black, and so on.

This week, two exemplars of colour in fashion – the artist Ken Done, and Lesleigh Jermanus, of up-and-coming brand Alemais – were recognised at the country’s top fashion industry awards. 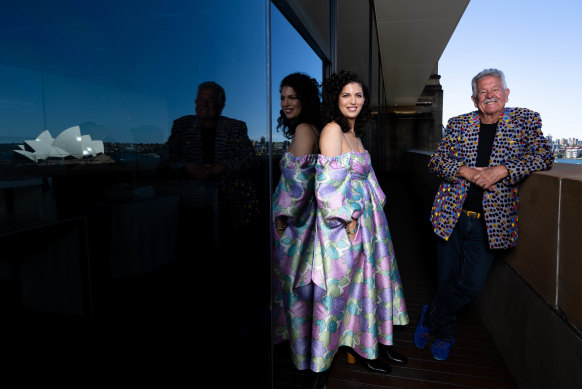 Emerging designer of the year Lesleigh Jermanus, of Alemais, and Ken Done, the recipient of the Australian Fashion Laureate, at the Museum of Contemporary Art, Sydney.Credit:Janie Barrett

Done, 82, was named the 2022 Australian Fashion Laureate for lifetime achievement at a lunch at the Museum of Contemporary Art, Sydney, on Tuesday. Although his commercial success was often at odds with the opinions of art critics, Done has had a celebrated presence in the fashion industry, from garments designed by his wife of 47 years, Judy, to more recent collaborations with brands such as Romance Was Born and Kip & Co.

He once explained to the ABC how the popularity of his work goes through cycles (“I hope I am not at one minute to midnight,” he joked in 2019, then aged 79). “The fact a lot of young people respond to my work at the moment is very gratifying,” he said, adding that he was aware of a secondhand market for his pieces online on marketplaces such as Depop.

After winning the laureate, he joked to the room of 130 guests, “It is a great honour to be here, but I am not humbled, f— it, I’ve been working really hard for a long time.”

Throughout Done’s 40-year career as an artist, the former ad-man said he had endured knock–offs, legal rumblings (including with the late Olivia Newton John over the use of the logo he designed for her Koala Blue chain of stores in the US) and one commission that turned sour, which turned out to be his last. 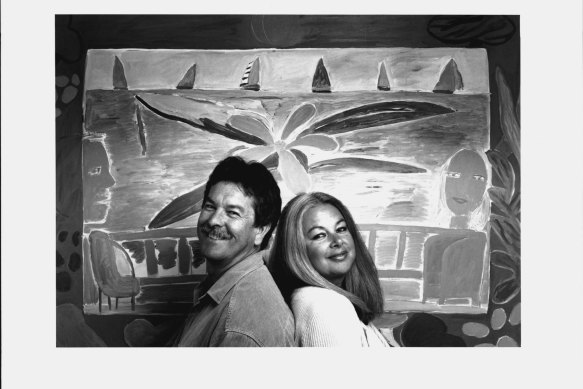 Later, paying tribute to Jermanus and the other young designers in the room, Done said success was about finding the balance between commerciality and “finding a way of making new things. There’s no point making new things if no one likes them, you may as well be an artist.”

Jermanus, a former designer at Zimmermann, started her label in her Sydney apartment during lockdown, and it is already available in 32 countries through retailers including David Jones and Harvey Nichols.

She said winning the emerging designer of the year, following the National Designer Award (awarded to brands trading five years or less) at the Melbourne Fashion Festival in March, was validation that she is progressing in the right direction. Describing her 2022, Jermanus, 41, said it had been “rewarding, inspiring and exhausting – in the best possible way”. 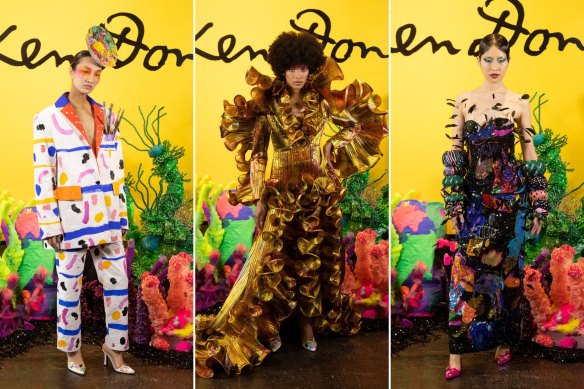 Done has stayed relevant in fashion thanks to collaborations with brands such as Romance Was Born.Credit:Getty

The reporter travelled to Sydney with assistance from IMG.