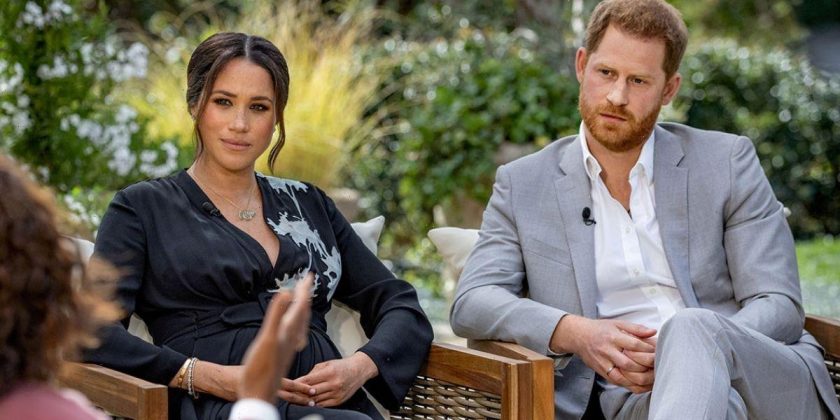 On March 7, 2021, Meghan Markle and Prince Harry spoke to Ophrah Winfrey in a televised interview that gripped Royal Family and Meghan fans worldwide. A personal stylist and image coach spoke exclusively to Express.co.uk about Meghan’s choice of outfit and what the Duchess was trying to convey.

Clothes are about so much more than fashion, according to the expert, particularly for someone who cannot express themselves verbally.

“Right from the get-go Meghan realised that clothes have a language.

“As a working royal she wasn’t allowed to voice any political opinions (which she probably found difficult as she’s known as a campaigner), so she took the opportunity to let her clothes do the talking for her.” 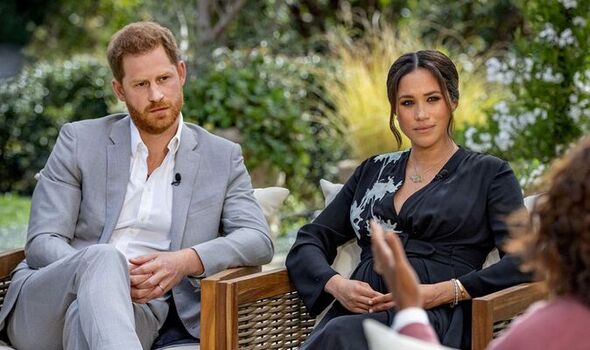 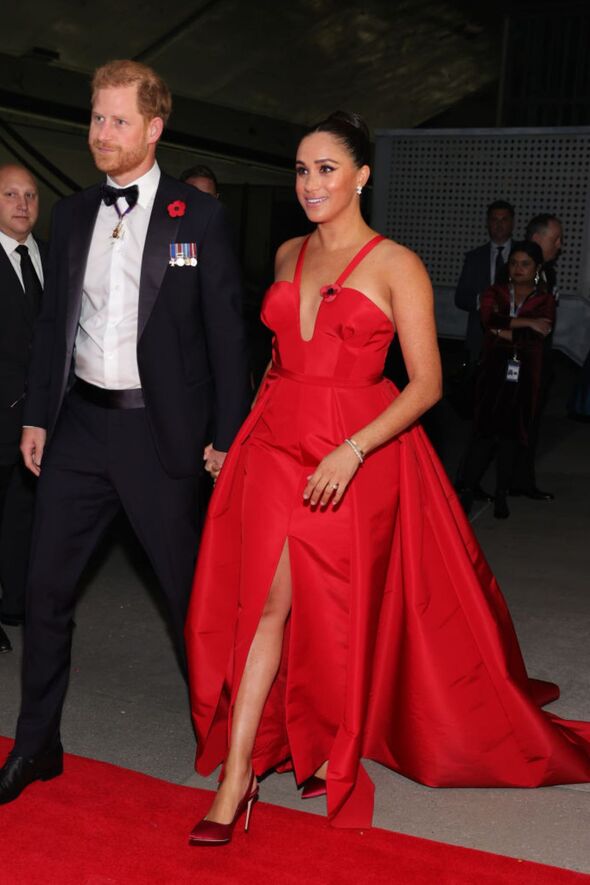 Throughout her time in and out of the royal spotlight, she has used her clothing both to “express solidarity for the causes she supports” and “signal support for the Royal Family”.

At the Salute To Freedom Gala in 2021, the Duchess wore a red satin Carolina Herrera gown; the red poppy is the symbol of the veterans.

She has also frequently worn blue which is “one of the Queen’s favourite colours”.

However one symbolic clothing choice that was “impossible to miss” was the dress Meghan wore during her interview with Oprah.

This was the Giorgio Armani Belted Dress in black with white lotus flowers down one shoulder and section of the bodice.

While the Duchess is not known to practise Buddhism, a fully blooming lotus is thought to symbolise enlightenment and “rebirth” in this religion.

Speaking about her choice, Melissa said: “I guess that she chose this dress because for her, perhaps the Oprah interview gave her the chance as she put it to ‘tell her truth’.”

“She’d moved to California with Harry, left the Royal Family behind and was creating a new life for herself, returning to acting perhaps, negotiating with Netflix etc.” 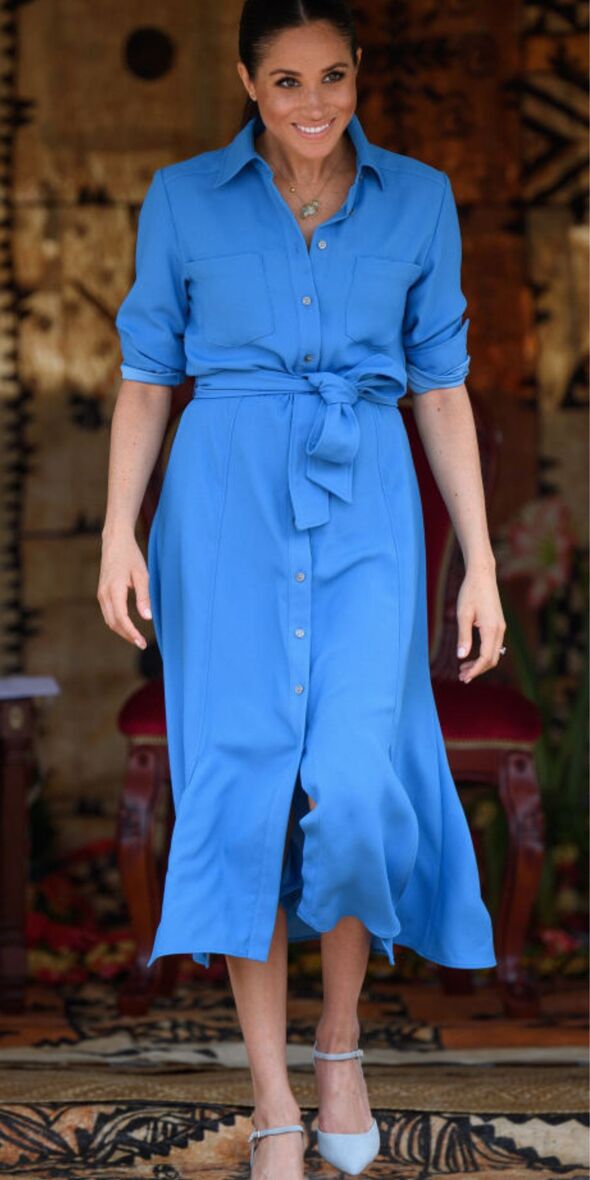 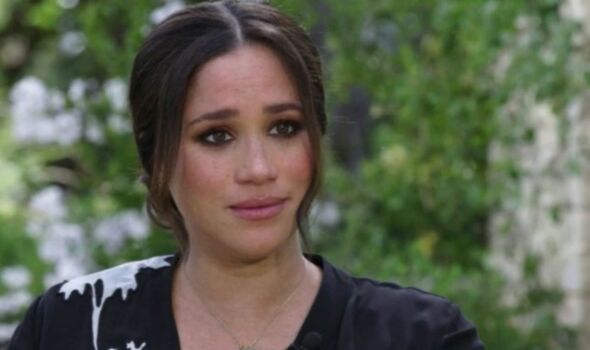 The expert called this “a bit like the Phoenix rising from the ashes”.

While it’s hard to miss this symbolism, and it is in keeping with the themes of the interview, Melissa admitted that it could have also just been a nice dress.

She suggested: “Either that or she just really liked the design (lol!).”

If the black and white lotus flower dress was simply a style move, why did Meghan go for it? 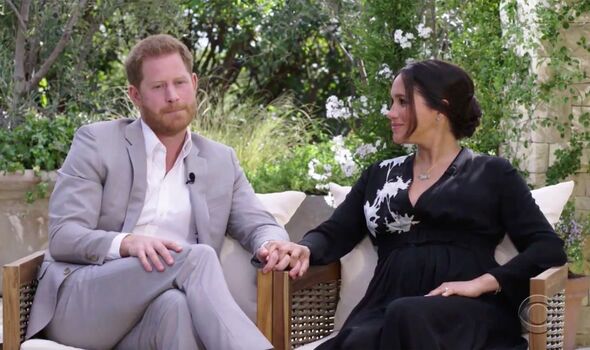 For a heavily pregnant Meghan, who gave birth to daughter Lilibet just three months after the interview in June, “the wrap style would have been flattering and comfortable”.

Melissa continued: “The white flower print draws the onlooker’s eye to the top of the body, which is always a good styling trick when you’re pregnant – get the attention up top with a pattern or jewellery.

She concluded: “High contrast colours always give the wearer more gravitas and she would have wanted her words to be taken seriously during the interview.”

Melissa Lund is an image coach and personal stylist.