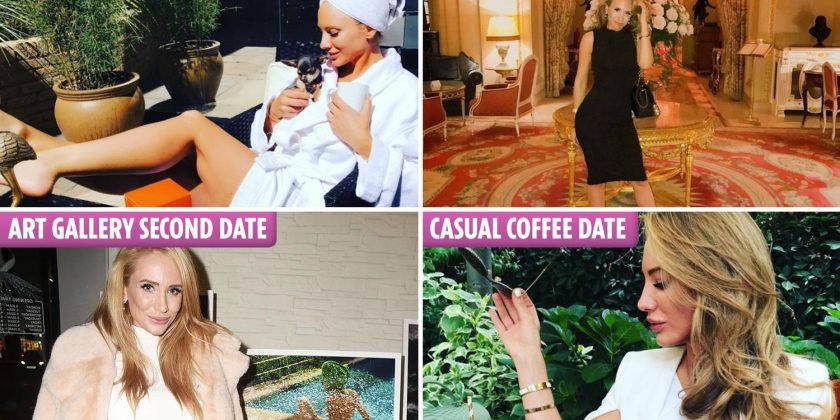 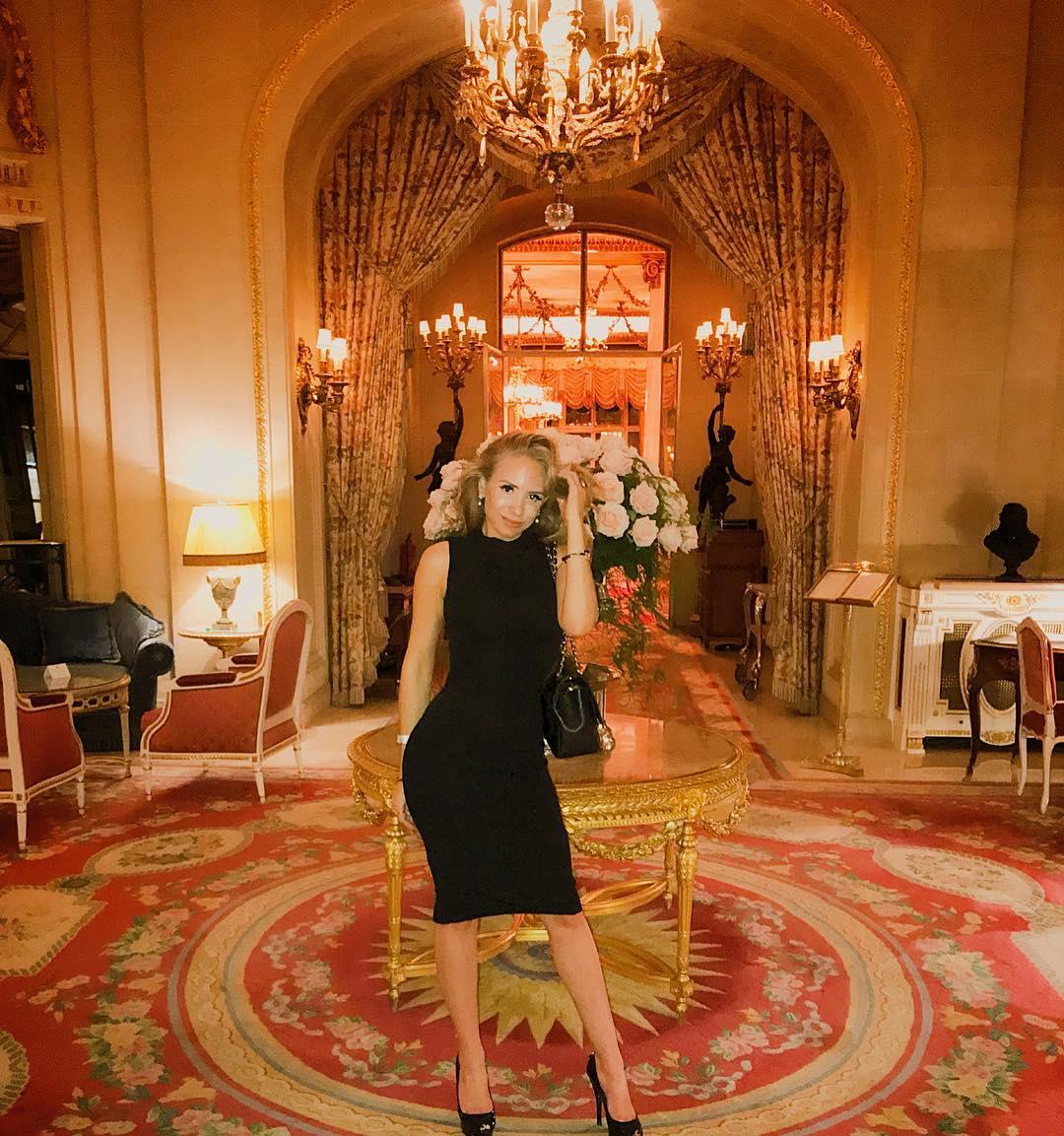 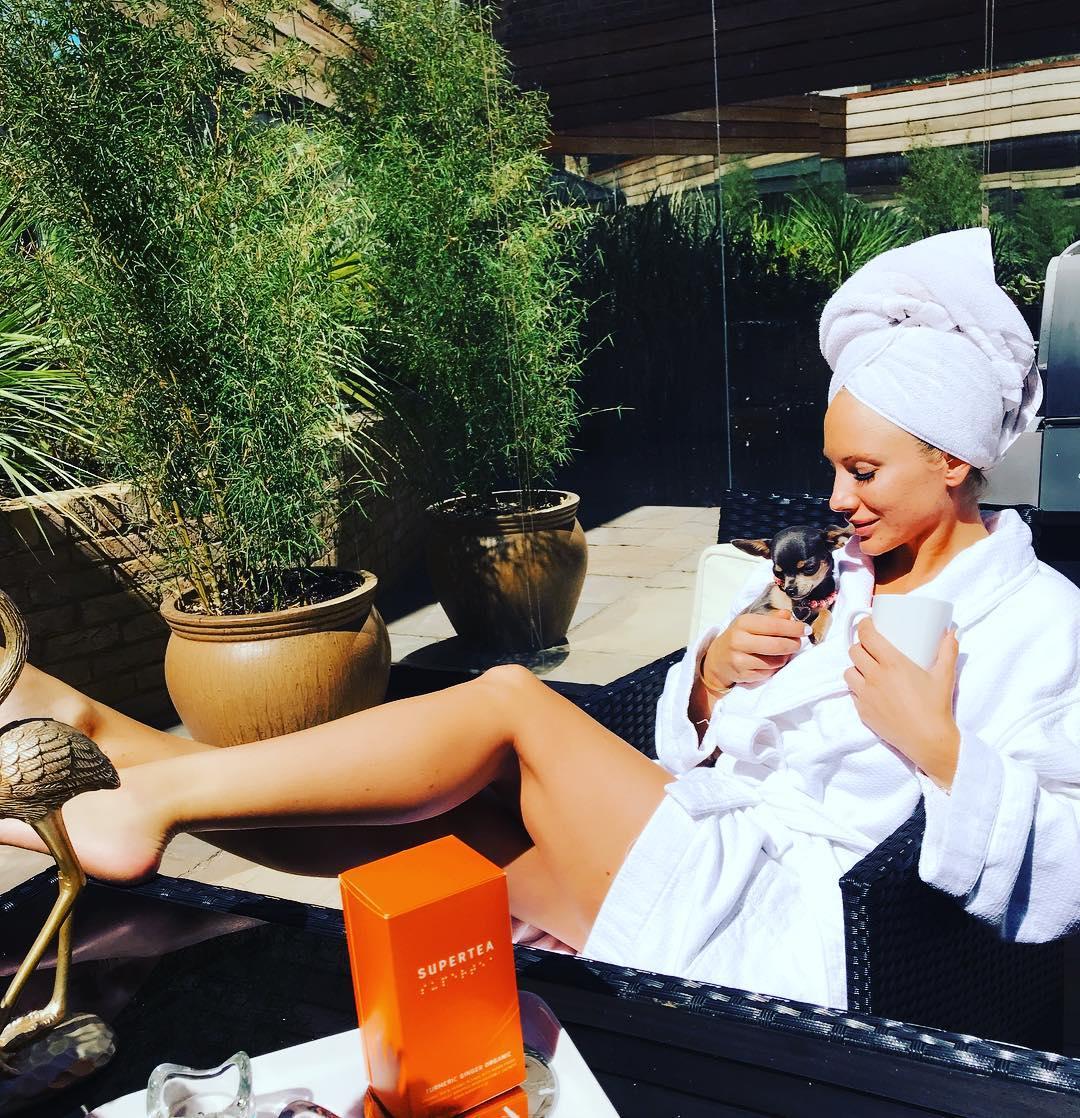 Speaking exclusively to Fabulous Digital Coralie, who’s returning to up-market dating show The Ultimate Matchmaker this year as an expert, opens up about her experiences – and what she learned from it…

Towards the end of 2017 I wasn’t really dating and was thinking “love is dead, there’s no right guy out there for me”. I was a bit lost in my dating life.

I was worried I’d end up being single at 60 and a crazy dog lady, I’ve got two already.

I tend to fall into relationships. I’ve had eight proper boyfriends and dated everyone from Lords to MPs, a professional boxer and a Hollywood movie star, but for whatever reason it’s never worked out. 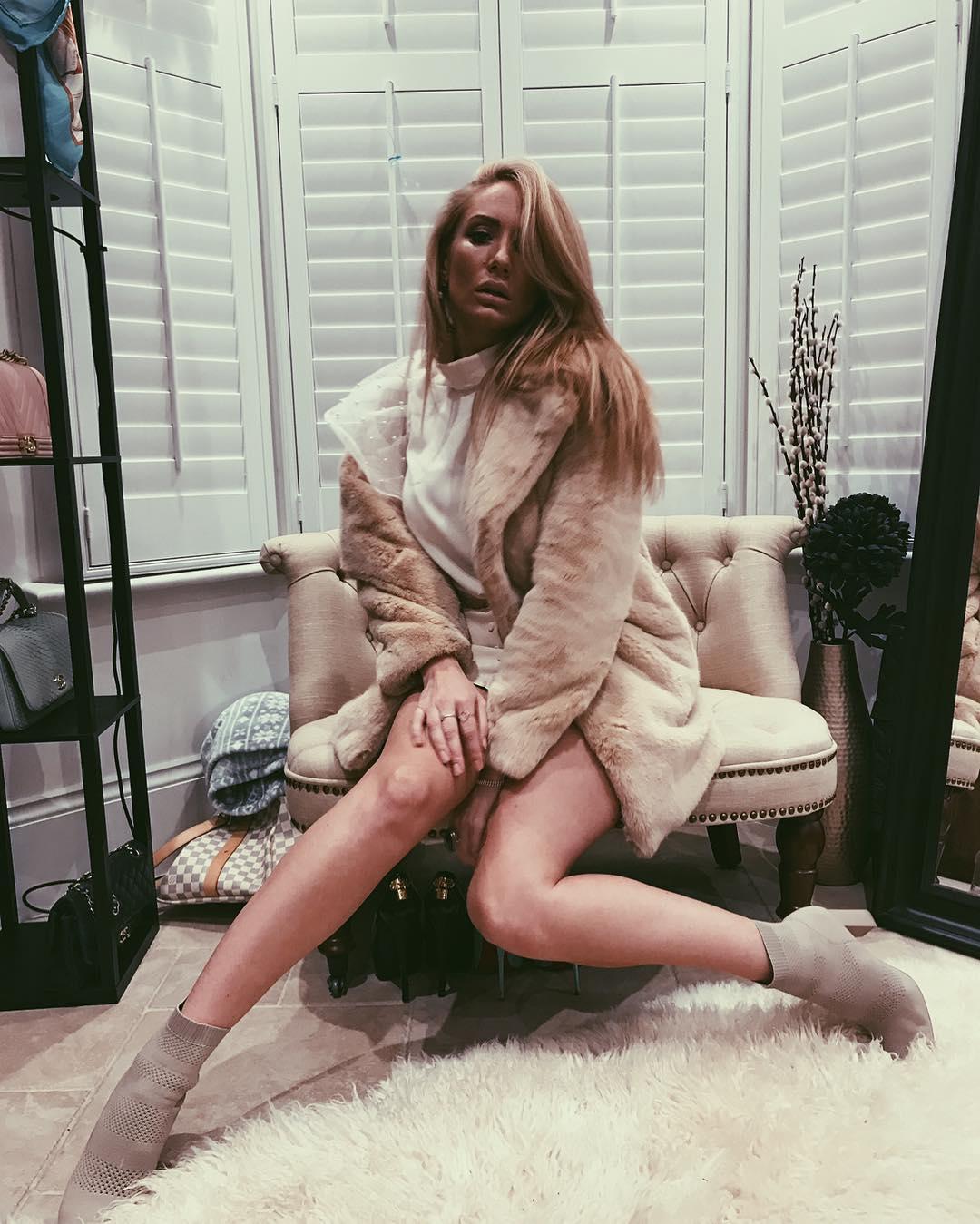 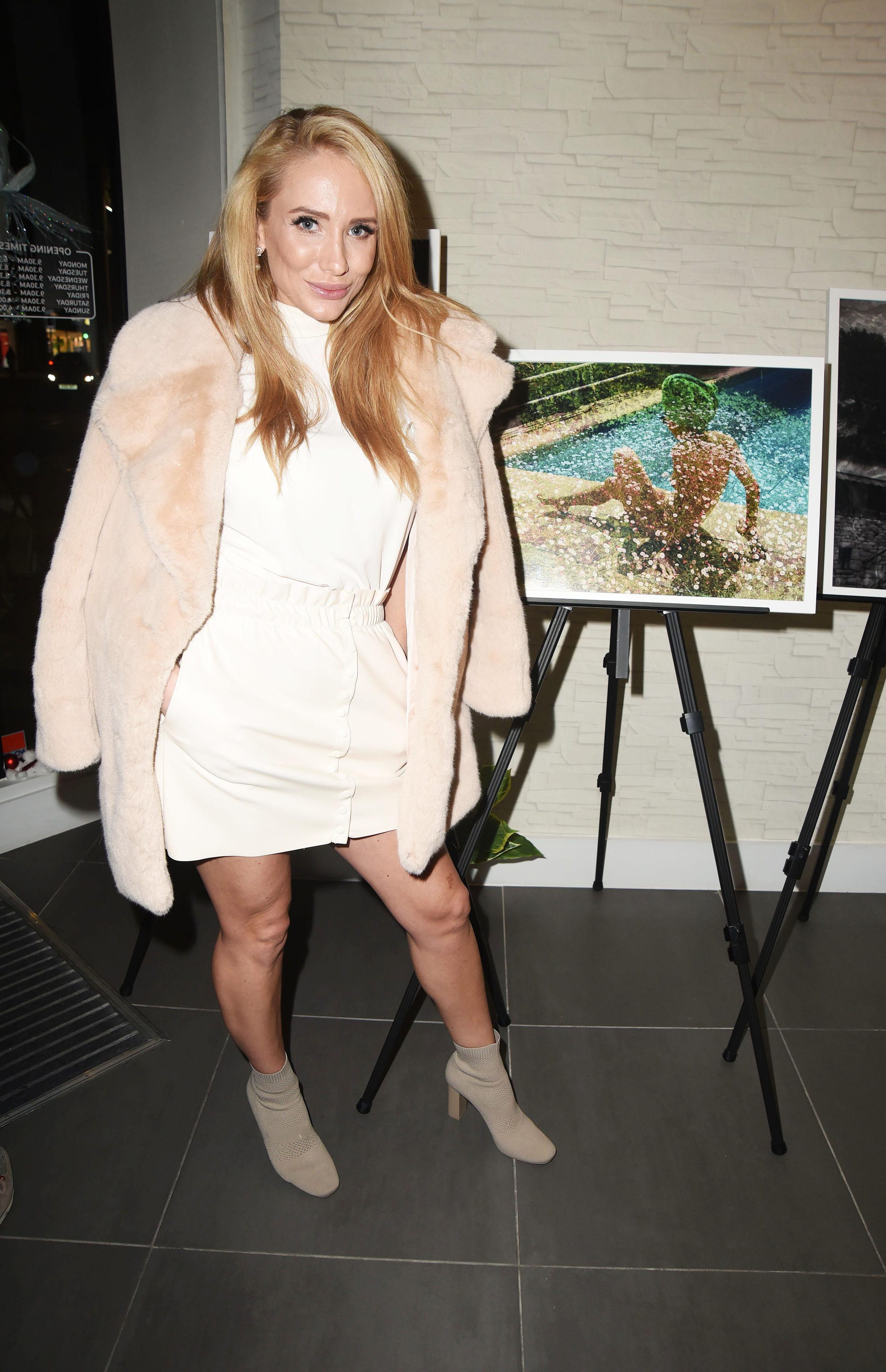 I like a guy who’s tall, dark and handsome (and successful!) but it’s OK for a guy to not be the best looking if they’re confident.

I’m very picky and I’ve become a serial dater, so I set myself a challenge of 100 first dates in 100 days.

If I wanted to go on a second date with someone, it wouldn’t count, so I was very busy.

Twenty of them got a second date, and seven got a third date, but I think I gave myself way too much choice.

It’s a bit like going into a supermarket hungry and buying too much stuff – it all goes off! 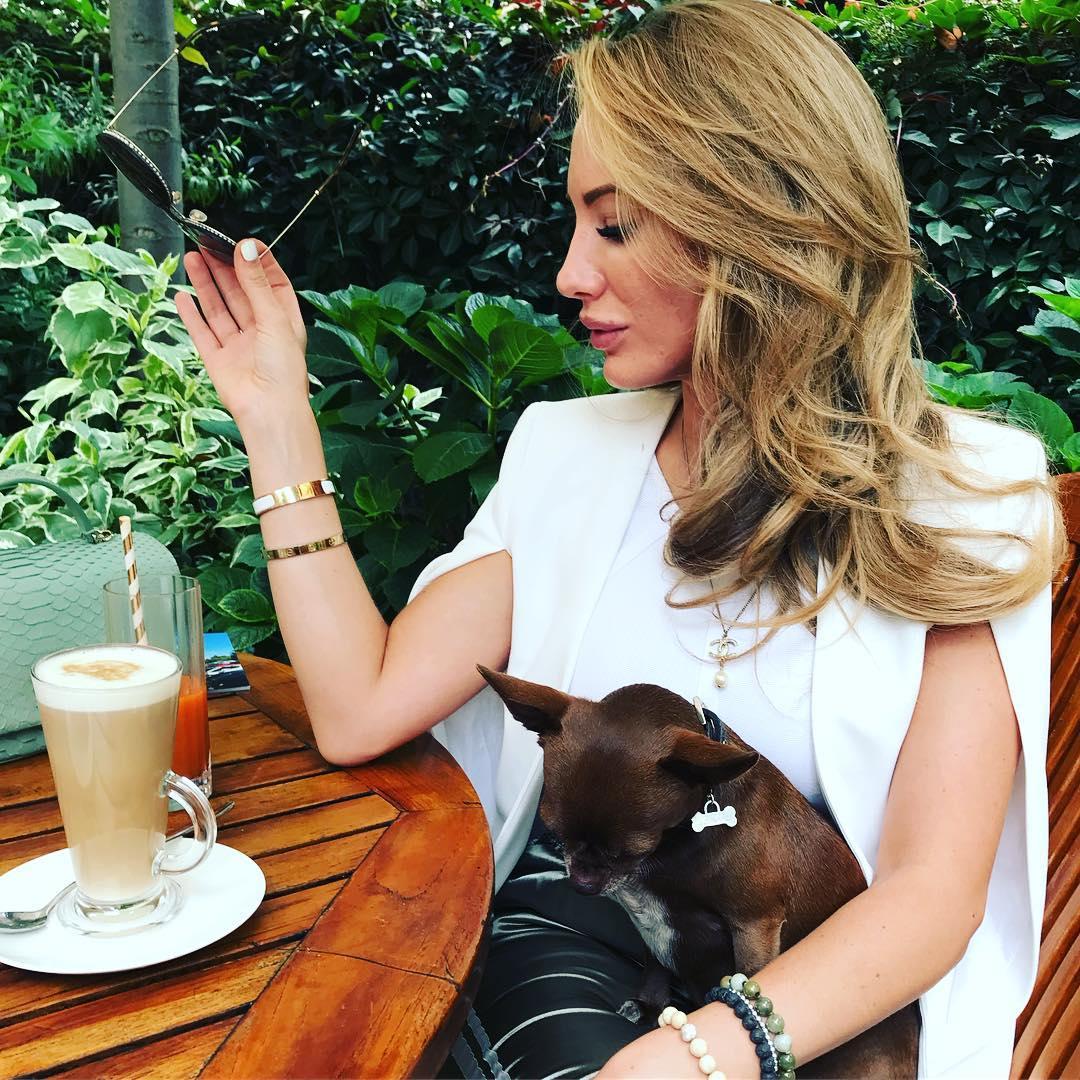 I’ve never used dating apps but I get asked out a lot through Instagram and Facebook, and friends are always trying to play matchmaker.

So I put out a public service announcement – “hook me up”.

I didn’t tell the guys what I was doing, because that would have defeated the purpose.

It was still a date. If I’d met my dream guy I would have stopped.

I’d say 75 per cent of the dates were dinners – and some of the others were brunches or lunches.

I put on about a stone in weight, I've never been that big in my life. I started to hate food, it was a struggle.

Towards the end of the challenge I’d never want a starter and my date would be like “do you have an eating disorder?” and I was like “no I’ve just eaten a lot today.”

Or they’d choose The Ivy for dinner and I’d be thinking “s*** I was there last night”.

I gave myself way too much choice. It’s a bit like going into a supermarket hungry and buying too much stuff – it all goes off!

The great thing about dates is it doesn’t have to be a dinner – I was doing lunches, picnics in the park, art galleries.

Sometimes I was doing two or three dates in one day and it was hard work, I have a full-time career as a finance introducer.

If it was three bum dates, you’ve spent the majority of your day with someone draining your energy.

You really put yourself out there on dates and it’s disheartening if you don’t connect with them, because you’ve been looking forward to it.

I’d be so excited before thinking “this could be the one”, I’d get a blow dry and get my nails done, then he’d say he didn’t like dogs or something and I’d be gutted. 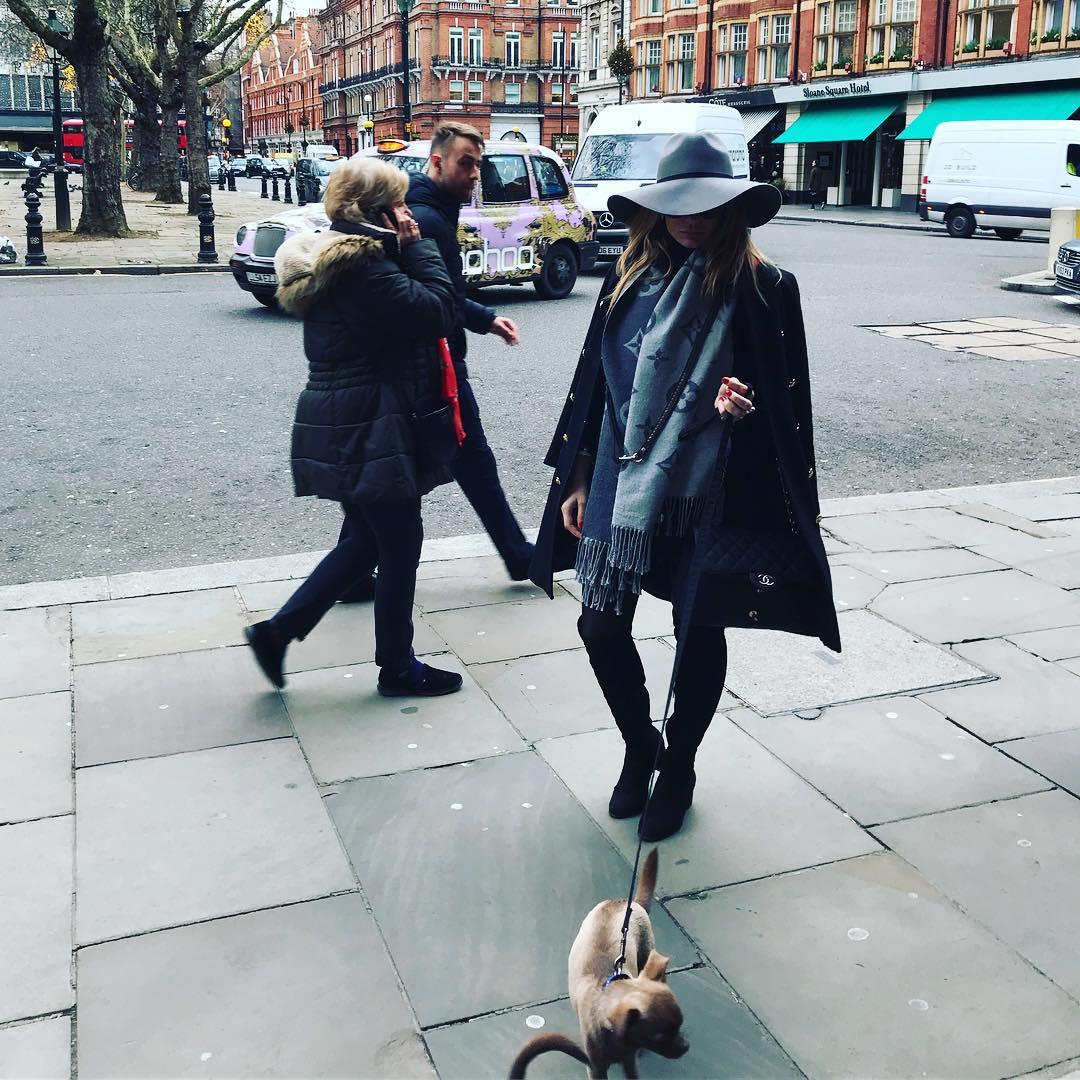 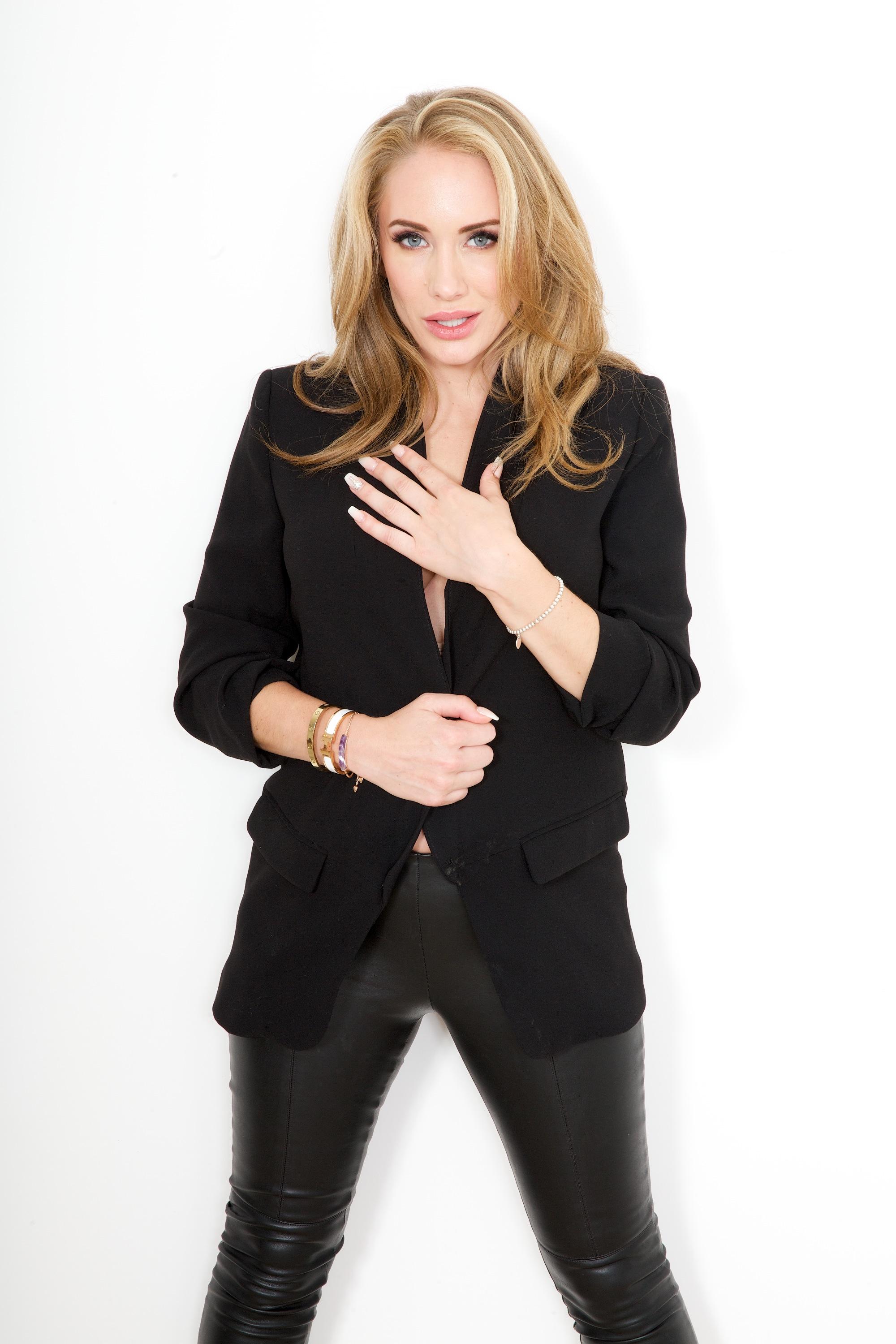 When you try to connect with so many people and fail, that can be very tough.

I’d have to go home and have a nice warm bath, put some aromatherapy on and turn off my phone.

I’m very specific about only allowing two hours on a first date.

Sometimes I’d say “I’m super busy, I can only see you for an hour”, and if I liked them I could say my friend cancelled.

If I was triple booked, I’d start with a brunch, then go for a coffee and a pastry and maybe a walk around the park, and then I’d go for dinner or for drinks.

I met this bloke who had been asking me out for ages, but I crumbled when he said it was a double date.

I thought “at least I can meet people, it won’t be too intense”.

When I turned up there was already a girl with him and I thought “when’s her partner going to come?”

They were getting on very well, flirting a bit, and I thought “this is a bit weird”.

About half an hour later he said “oh he’s not coming anymore, but we can have fun, can’t we girls?”

And I was like “no!” I said I had a stomach bug, I always say something horrendous if I need to excuse myself.

That will always stick out for me, because the girl was definitely in on it. I was like “just be honest”. It’s a waste of time for everyone involved. 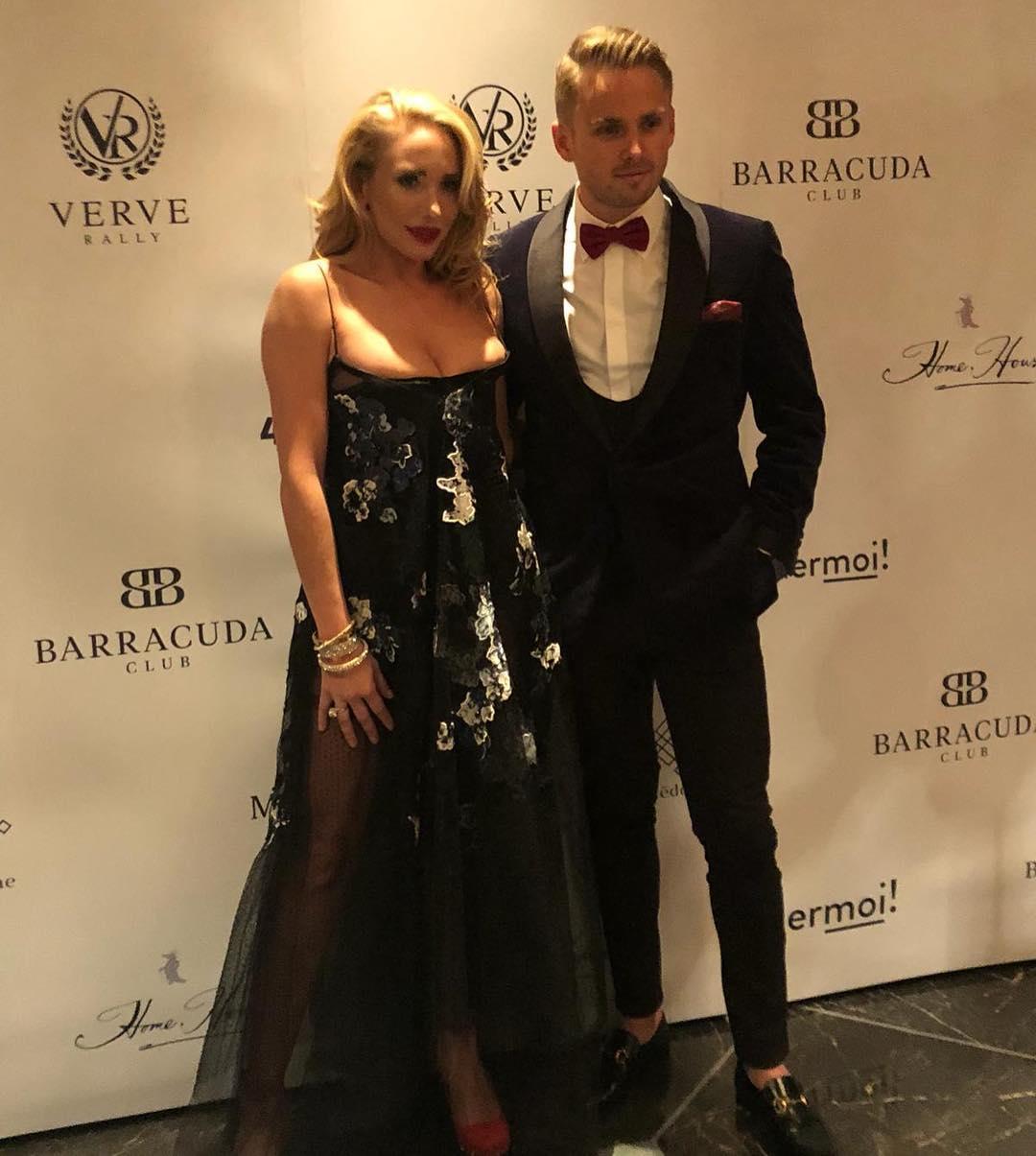 There was another guy who insisted on collecting me in a car.

It’s very chivalrous but also verging on creepy because they want to have your address.

This guy was an hour and a half late for starters and said he had ‘a work thing’ which ran on.

I was getting a bit hangry because I hadn’t eaten, but I thought “whatever it’s work”.

When he turned up it was freezing cold and snowing and he got out of the cab and was stood there with the door open in just a shirt and I thought “weird, why haven’t you got your jacket on?”

I’d be so excited before thinking 'this could be the one', I’d get a blow dry and get my nails done, then he’d say he didn’t like dogs or something and I’d be gutted

Then I gave him a kiss hello on the cheek and he absolutely stunk of alcohol.

And I thought “you’ve come to a date that you’ve begged for and turned up drunk”.

He was too friendly, too touchy feely. He was putting his hand on my leg in the cab and I was like “woah”. That was not cool.

He was a nice guy but we sat down for dinner and I said “you’ve had a bit to drink, haven’t you?”

At first he said it was just one glass of wine but I said “it’s more than one glass” and then he admitted it was three.

I didn’t eat very much and then said I had to go, I made excuses.

Three glasses of wine is a whole bottle and it could have definitely been more than that. 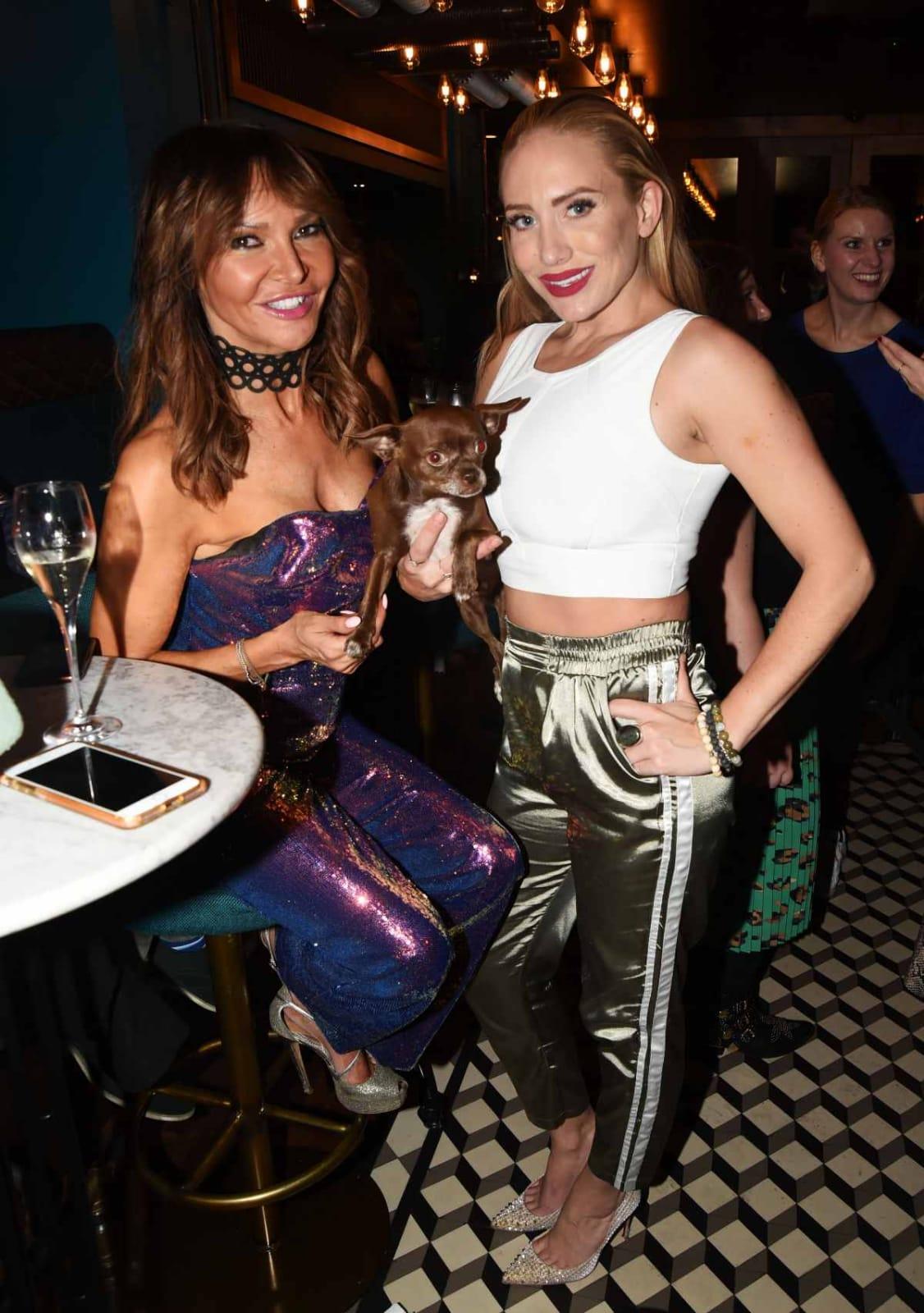 A lot of guys I dated were very focused on the end goal and getting a girl into bed.

Some guys really expect it on the first date, which is so shocking.

I’d never sleep with anyone on the first date, it’s gross and a massive turn-off if they even suggest that.

They’d say “do you want to come back to mine?” and I’d be like “wow, you guys move quick, I don’t even know your surname!”

Maybe 20 of them got through to the kissing stage – although some of them only got one because they launched themselves at me.

I hate rejecting guys, but I’d do a controlled kiss, no tongues, just a little peck, you don’t want to give too much away on a first date.

And guys, your date is not your therapist. Don’t go in there and slag off your exes.

So many guys I dated had this ‘psycho ex’ but I was like “I’ve probably been described as that before.”

Don’t use it as a therapy session. 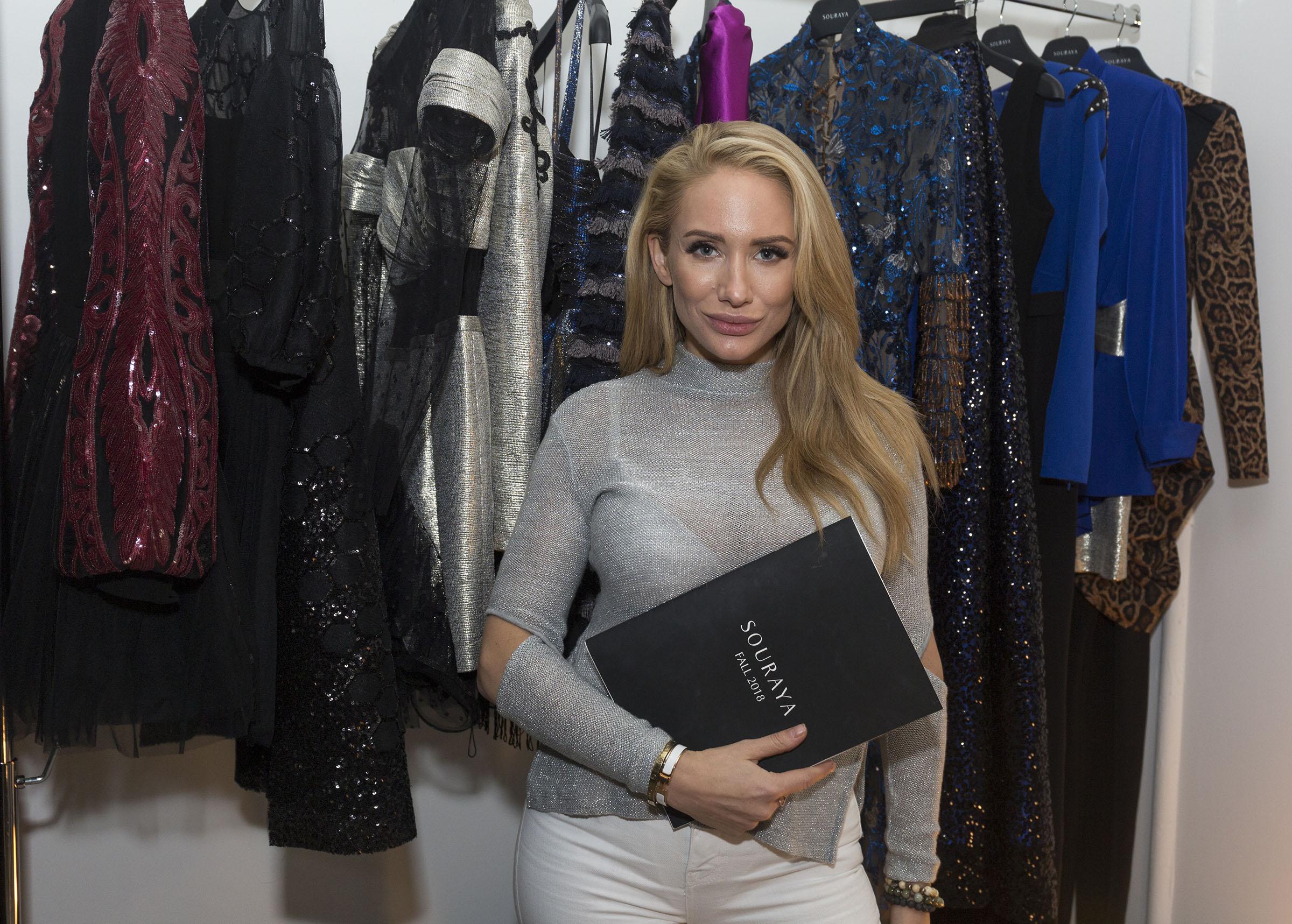 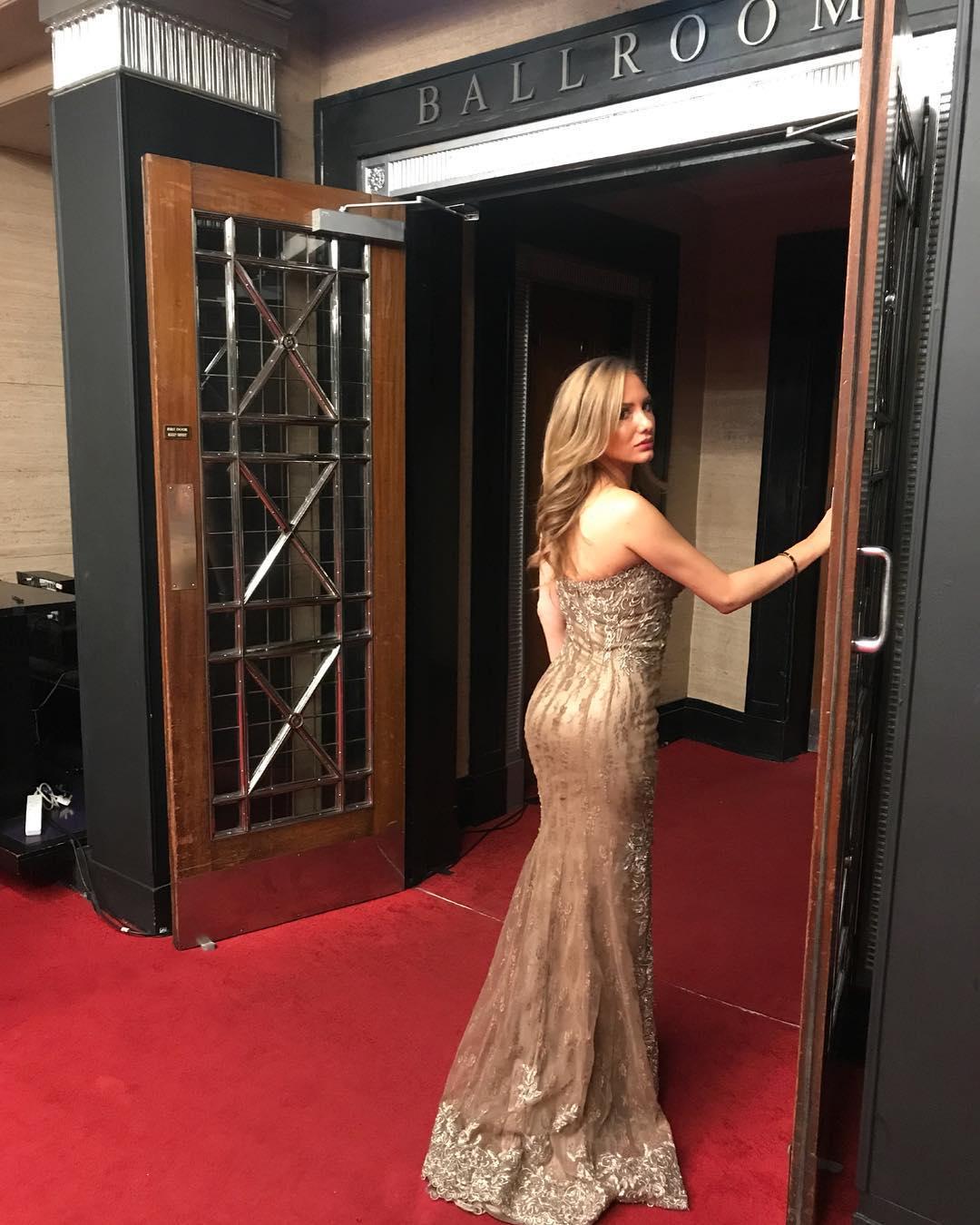 There were some good dates too. One guy took me for a tasting menu dinner at The Ritz, that was amazing, and I went to see Book of Mormon and I died laughing.

They both got a second date.

But by the end of the experiment I still hadn’t found The One, which was tough.

I learned that men really don’t get women and that a lot of men bulls*** on the first date.

It’s all about who you know, what you’ve got, it’s almost like you’re pitching yourself, you’re not being real.

But I also noticed I wasn’t giving men a chance. They’d make one mistake and I was like ‘cut’.

I learned a lot about myself. I made it this learning exercise and even though I didn’t find a man, I found myself.

The Ultimate Matchmaker is on UKTV’s W Channel on Wednesdays at 10pm.