Nicky Nicholls' abusers even threatened to murder her when she was just four years old if she told anyone what was happening. 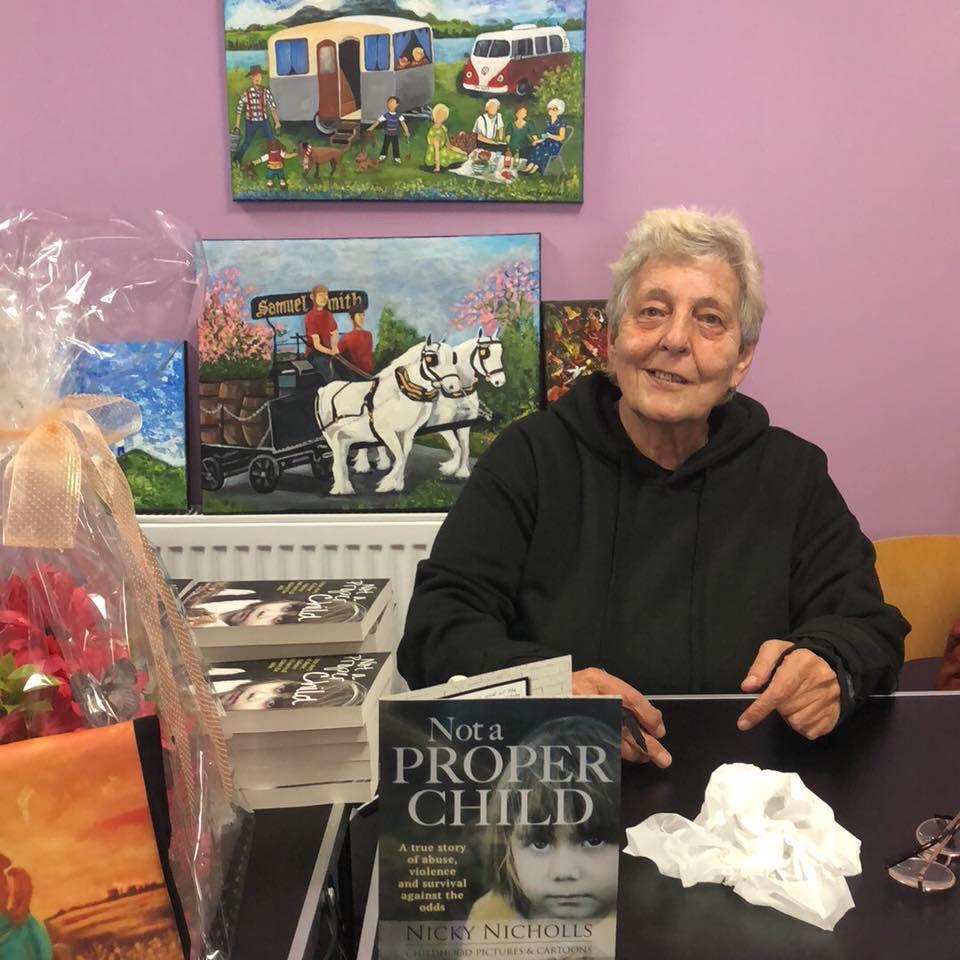 "They said they’d chop my fingers off and make me eat them if I didn’t listen, and threatened to cut my throat slowly," she said.

After being abandoned by her mother as a baby, Nicky's life became increasingly traumatic.

Growing up, she became homeless, an alcoholic and was constantly in and out of prison for being drunk and disorderly.

But after moving to Crawley, West Sussex, Nicky was propelled into the world of art and was able to find peace.

Here Nicky, 73 – who has just published her memoir – shares her story with Fabulous to help others who have been through sexual abuse, homelessness, alcoholism, mental illness and prison… 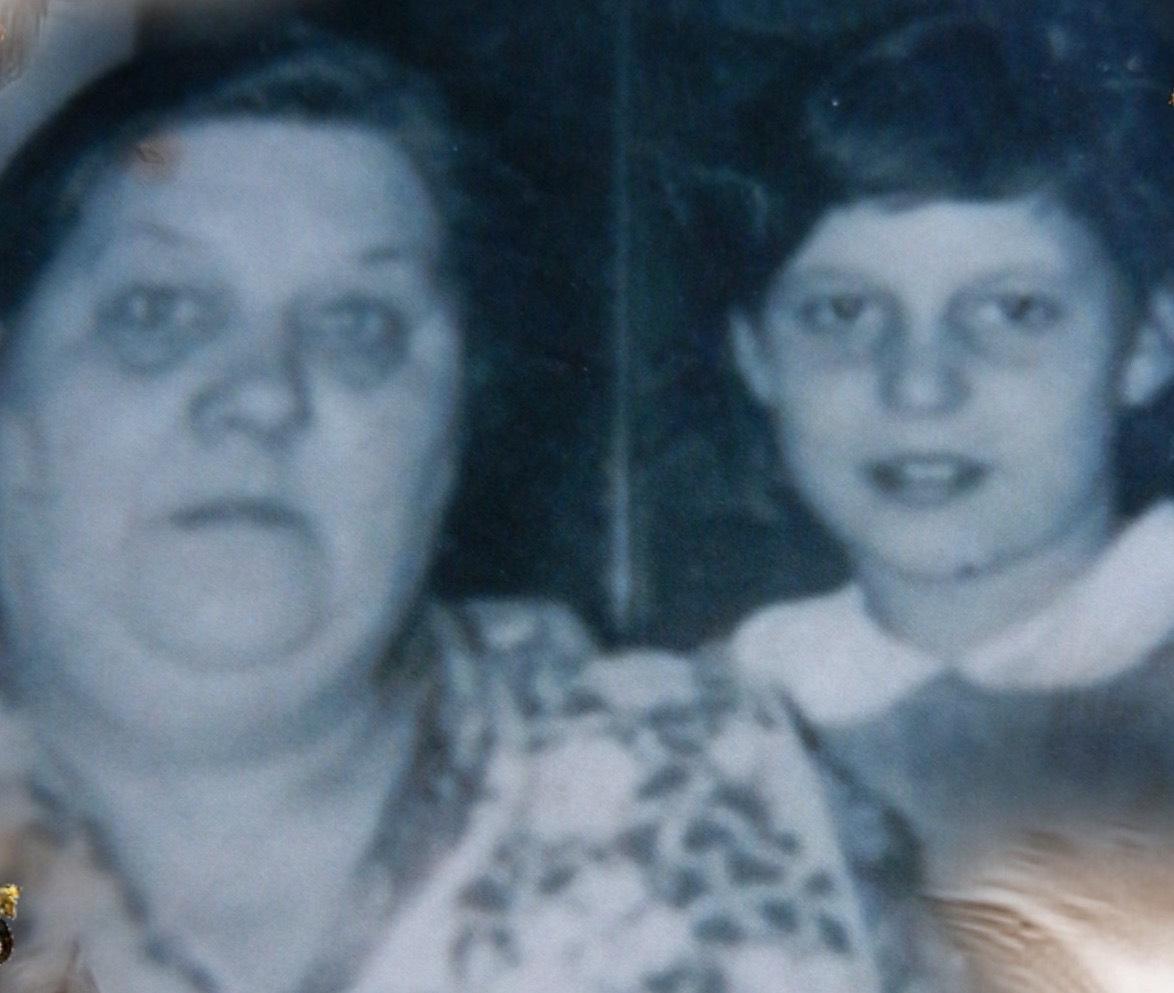 WHEN I was just a few days old, my mum left me outside Stoke City football ground with an address and birth certificate.

I was found and taken to my grandparents’ house. There, I was molested by my grandfather and two uncles – often in the allotment.

I was just three years old.

I quickly learned to hide, but they’d always come and find me. They said they’d chop my fingers off and make me eat them if I didn’t listen and threatened to cut my throat slowly. I was petrified.

But that was the only time I allowed by myself to be a victim.

After that I shut myself off from emotions… I had to to survive.

And so what happened to me became normal. My normal. In fact, it took me until the age of 60 to realise that it wasn't actually right.

As I grew up, I never communicated with humans. My only friend was our pet dog.

We used go to the hill together and look for angels in the sky. He was my everything. 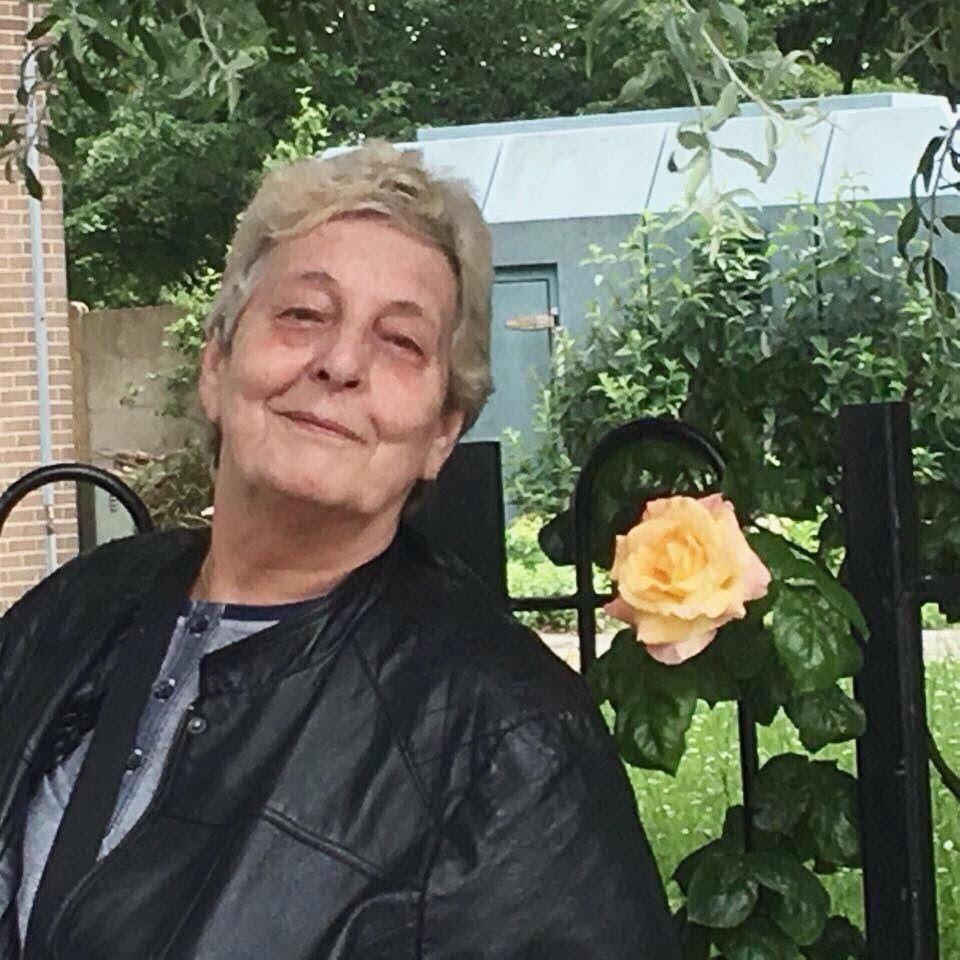 But on the one occasion he growled because I yelped out in pain when my uncle grabbed me by the arm, my uncle drowned the dog in the canal in front of me.

There were no words. I was devastated. I've never felt sad as then.

Then when I was five, a woman turned up at my grandparents’ house.

She dragged me onto a train to London. It turned out to be my mum. She’d married into money and lived in a big posh house. She even had her own domestic staff.

It wasn’t long before I got my first beating. Mum used everything from her fists to a brush. I even had to go and fetch my own bamboo cane that I’d be hit with.

It hurt a lot, but I wasn’t allowed to cry.

Mum would throw food on the floor and made me lick it up. Eventually, I learnt to forage in the garden for blackberries.

I liked to draw, but once she slammed my head down on the table and broke my nose. She told me I wasn’t good enough.

I spent most of my time locked in a cupboard. It was my place of safety, until I heard the footsteps. 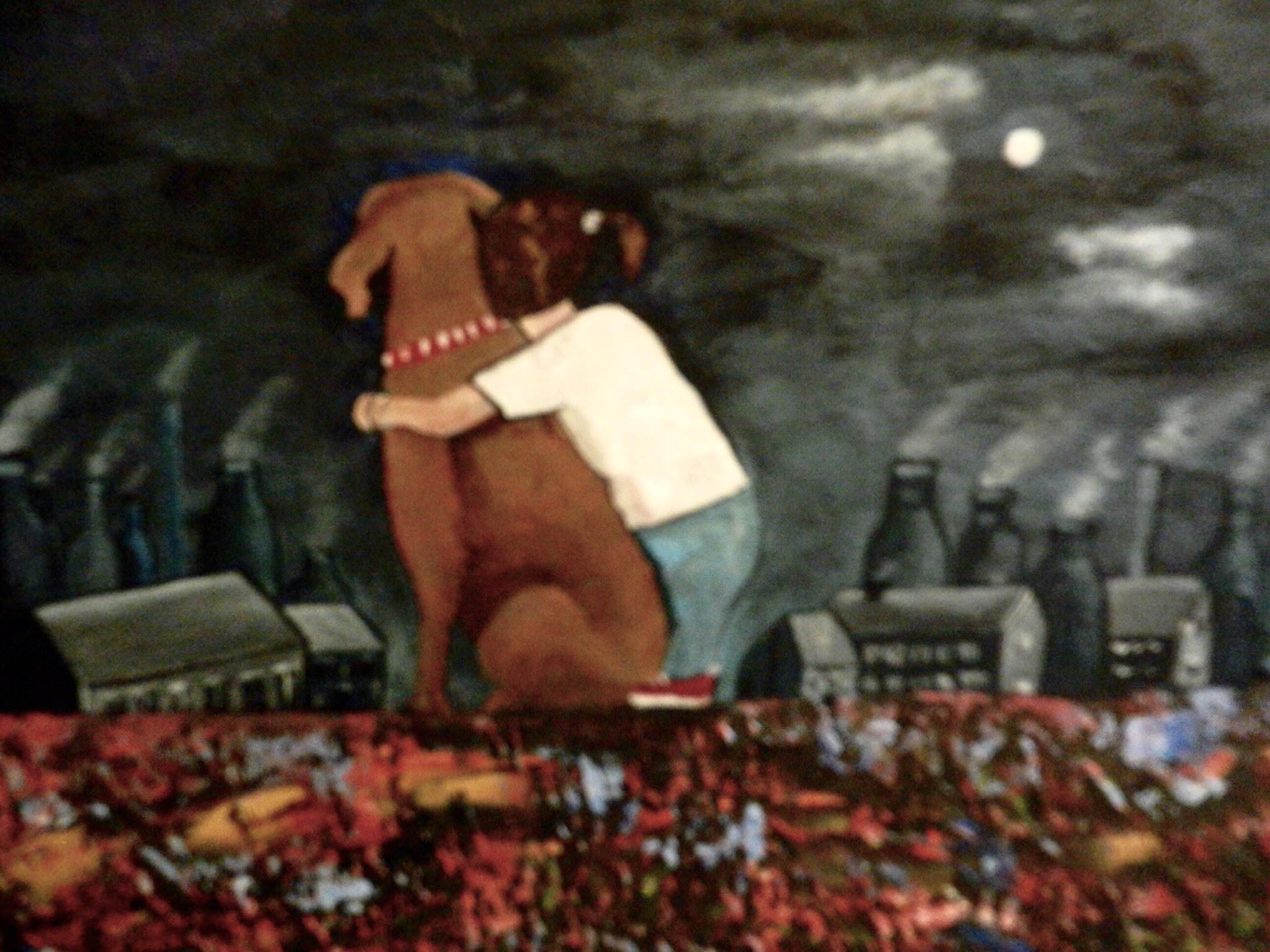 Then around the age of seven, a member of Mum’s staff dragged me up the road to a posh block of flats. That’s where the paedophile ring was.

A man answered the door and gave me a drink, which I now know to be gin and orange juice.

At first it was molestation, but then he invited his friends to join in – that’s when the rape started.

They held me up in the air and handed me around. I remember the pain. This became a regular occurrence and I was marched there most days.

Back at Mum’s house, she’d put me in the bath, scrub me in places you don’t scrub and call me dirty names. I think it was her way of punishing me for being born.

When I was 14, Mum broke my foot with a broom handle. At the hospital, the police were called, then I was sent back to live with my grandparents in Stoke. I never saw my mum again.

Years later I joined the Army. I needed my birth certificate to enlist, but my grandmother didn’t want me to have it. When I saw it, I figured out why.

I quickly learned to hide, but they’d always come and find me. They said they’d chop my fingers off and make me eat them if I didn’t listen and threatened to cut my throat slowly. I was petrified.

It revealed that my "grandfather" was also my father. Now it made sense as to why my mum ran away. I left my grandparents’ house and never set foot in it again.

I became an alcoholic very quickly – it helped to numb the pain. I’d found a friend that I never knew existed.

The Army tried to help, but I couldn’t stop. After two years, I was dishonourably discharged for drunkenness.

With nowhere to go, I was homeless and slept under cars or in gardens. It was frightening, but it was better than the abuse.

I went to prison several times for being drunk and disorderly.

Eventually, I ended up in a women’s open prison, run by a reforming governor called Joe Whitty.

He recognised my doodles and art and encouraged me to draw and write songs. He saw potential in me that I didn’t. I won two Koestler Awards, one for music and one for art. No one had ever won both before. 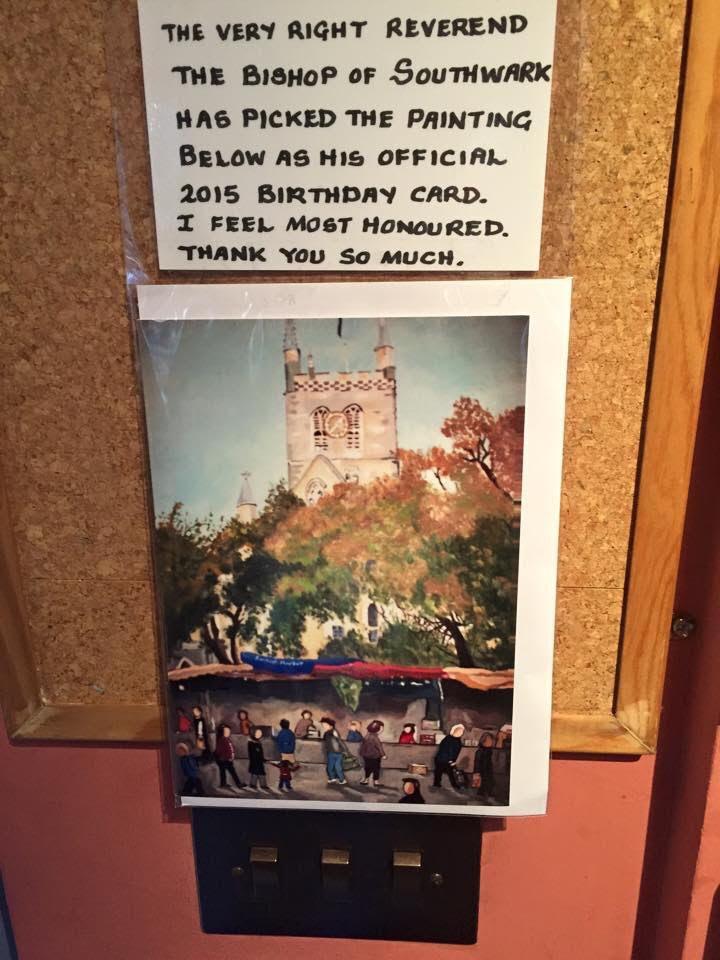 Then when I left prison, I moved to Crawley. I was suffering with complex post-traumatic stress disorder and had years of intense therapy. It wasn’t until I reached 59 that I finally realised my life hadn’t been right as a child. I learnt to cope with the years of abuse through my art and music.

I was torn apart when I realised how I had been mistreated. I cried for the first time in my whole life aged 60.

It was a turning point – for the first time ever I realise my childhood had not been normal.

And gradually, my art became more and more popular.

Since then, my work has been exhibited in Croydon, Stoke and London and sells out in minutes. It’s even reached as far as Australia, America and South Africa.

Without painting and cartooning, I wouldn’t be here at all. Music and art saved my life.

Now, I’m sharing my story, but I don’t want to look like a victim. I’ve been a victim once, the first time I was abused.

From the second day, I was a survivor.

At Mum’s house, she’d put me in the bath, scrub me in places you don’t scrub and call me dirty names. I think it was her way of punishing me for being born

I’m not making any money from this book, nor do I make a profit from my art or merchandise. I donate all proceedings to the homeless and the mentally ill.

I’ll be sleeping rough again this year for one night only to help raise money for the Robes Project – who do great work for the homeless.

I do feel sad when I think about what happened to me when I was a child but I am not a victim, I will never be a victim.

I know I am emotionally shut off from what happened, but I still do cry about my childhood.

I still have post-traumatic stress disorder but I am coping with it through my art and my music.

I am a survivor and I will continue to be – I will not look back to that little girl who was horrifically abused.

I want other people who were sexually abused to come forward. Don’t carry the burden yourself 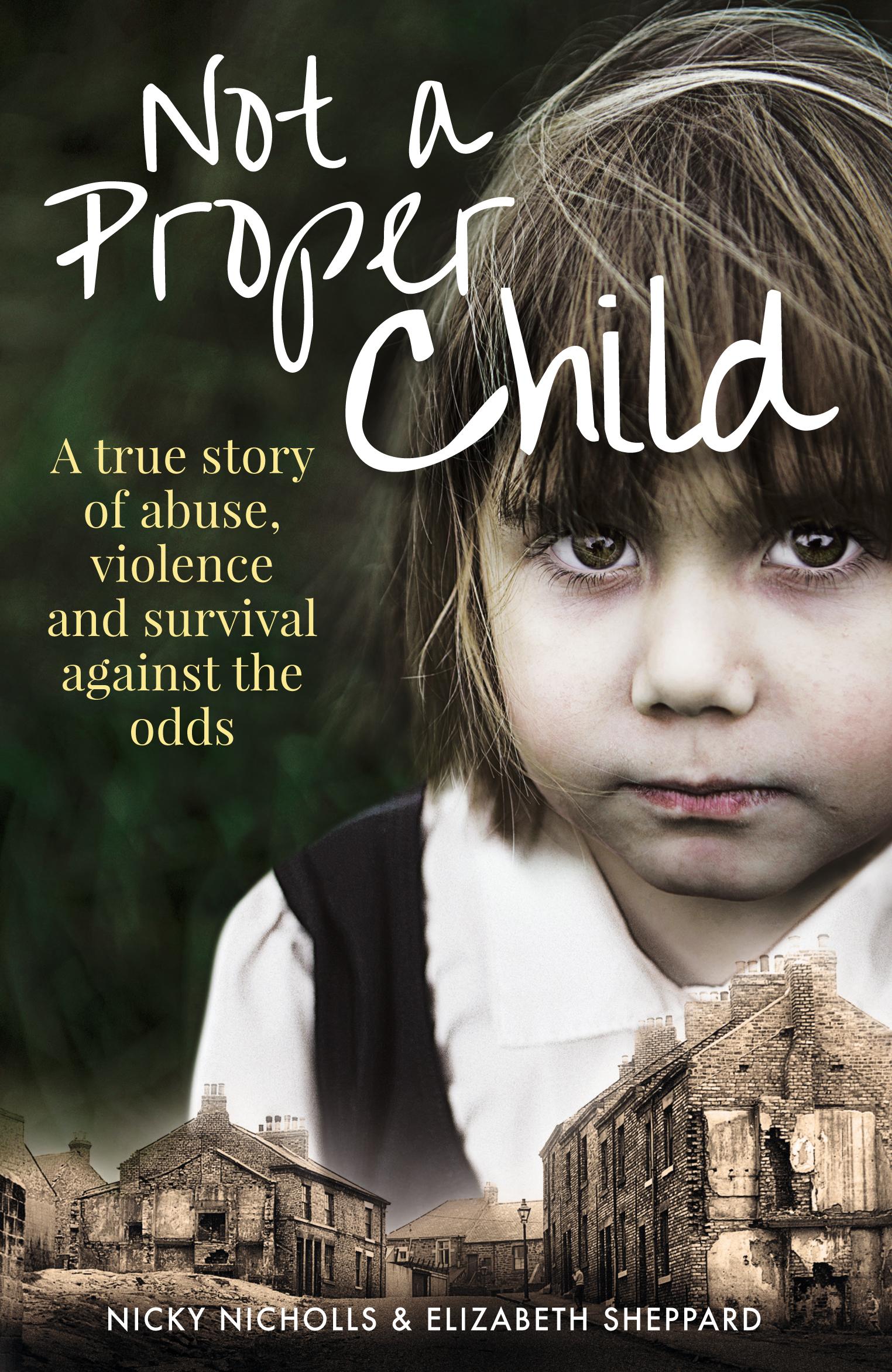 Nicky has now shared her life story in her memoir Not A Proper Child.

We previously told how a woman who was sexually assaulted in a school cupboard,was then bullied for reporting the attack.

We also told how sexual abuse survivors aren't going for smear tests because it's "too distressing."