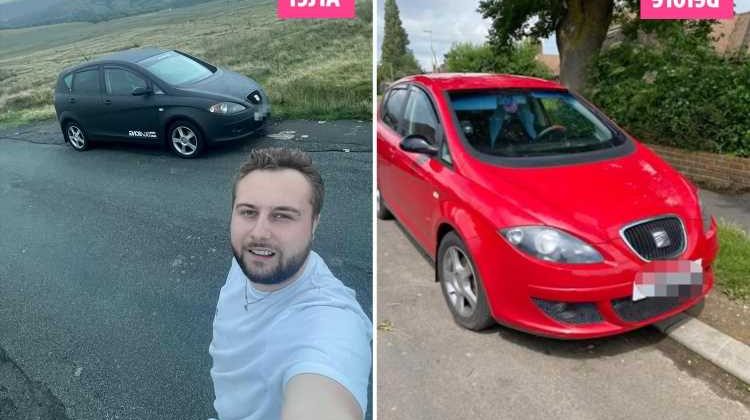 A CRAFTY DIY whizz has shared how he transformed his car into a camper for just £113.

Speaking to Jam Press, Jordan Gold, from Alton, Hampshire, revealed he picked up a Seat Altea car for a mere £600 on Facebook marketplace in July last year. 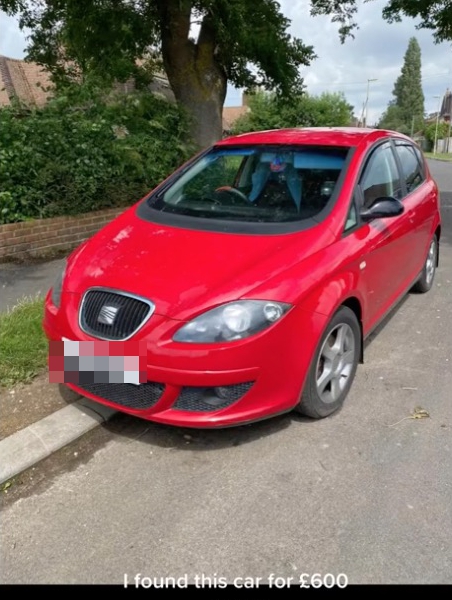 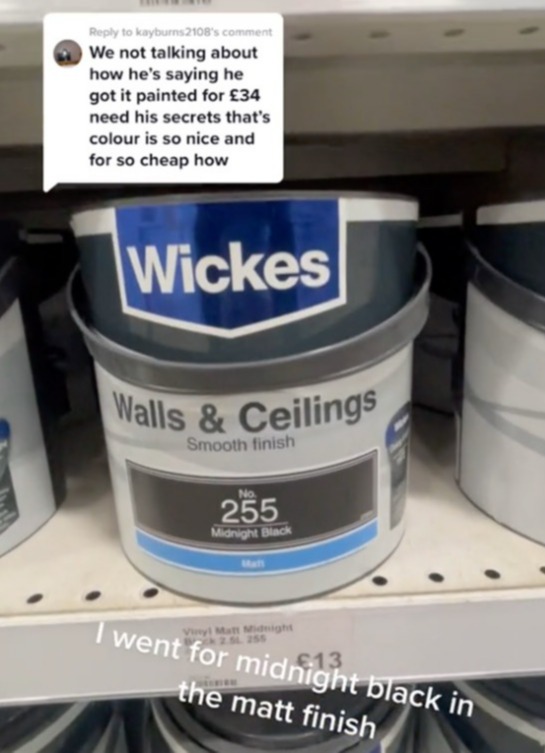 Though initially after making a few changes he had planned to sell it for a profit, Jordan caught himself being quite fond of the transformed vehicle.

"I realised how amazing it was on fuel reaching an average of 60mpg and that it was really nice to drive," he said.

Although the 25-year-old estate agent already owns a car he loves, he figured outhe could use the new Seat Altea for longer motorway journeys – this would avoid adding miles to his main vehicle.

In addition, with a few tweaks here and there, he could also use it as a camper. 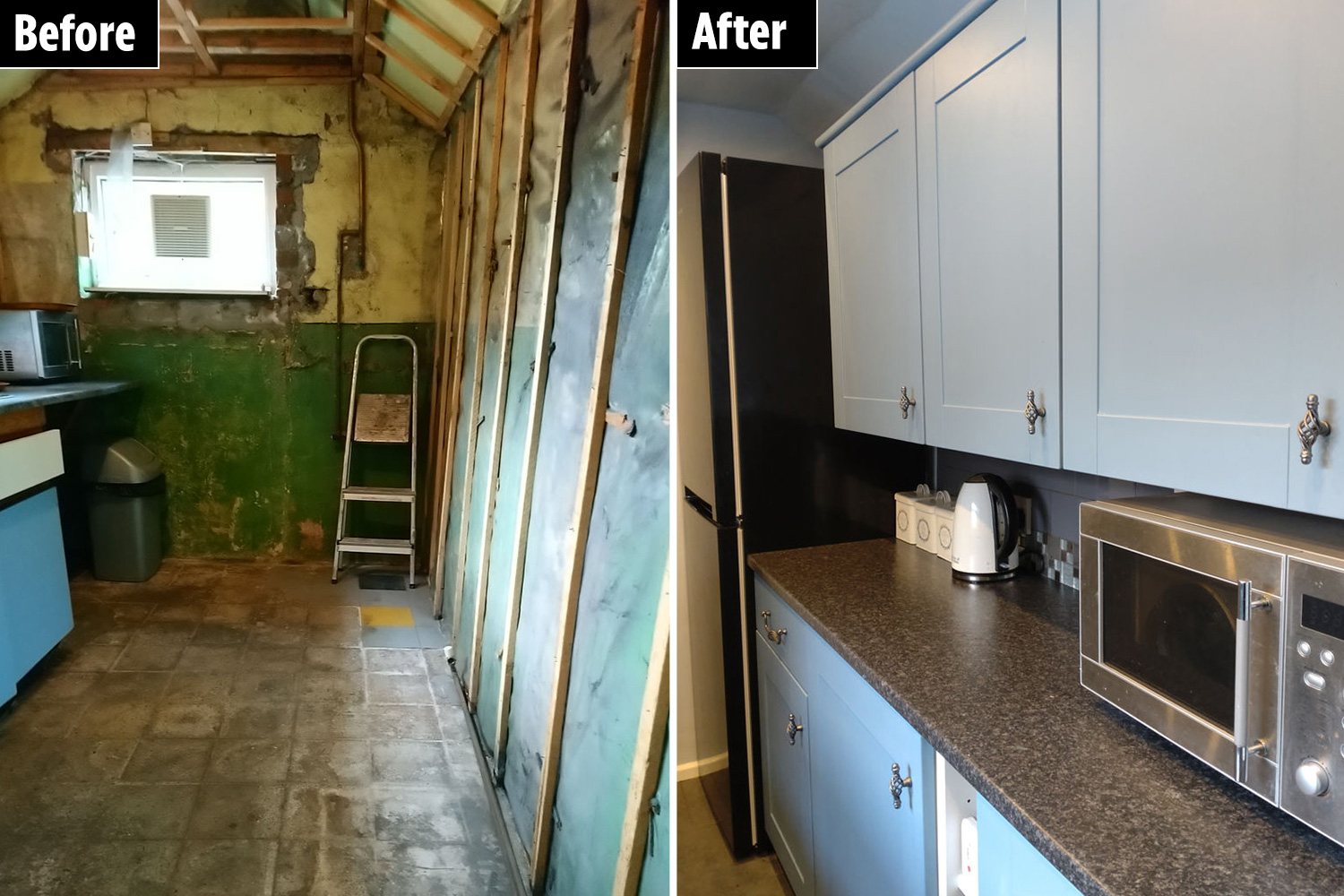 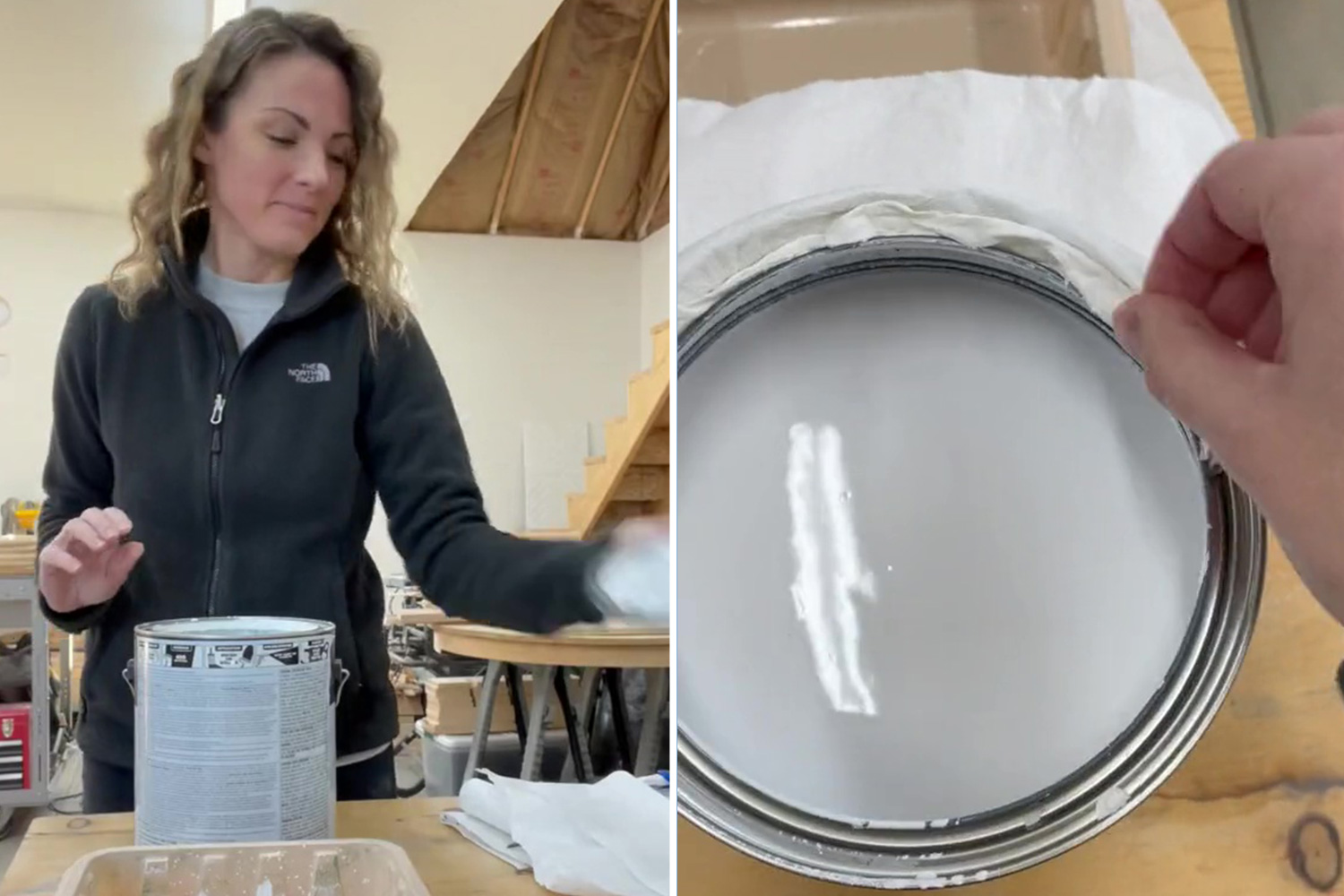 "I've always wanted to do a van build but they're just too expensive for me so I improvised with a car."

With a vision in mind, Jordan set off to transform the vehicle.

As the car, he explained, was a budget buy, getting it painted or wrapped was going to cost a lot more than few hundred pounds he had paid originally.

"A professional respray was going to be about £2000 and a wrap-around £1300 which was way more than the car was even worth,'' he said, revealing he had decided to do it himself. 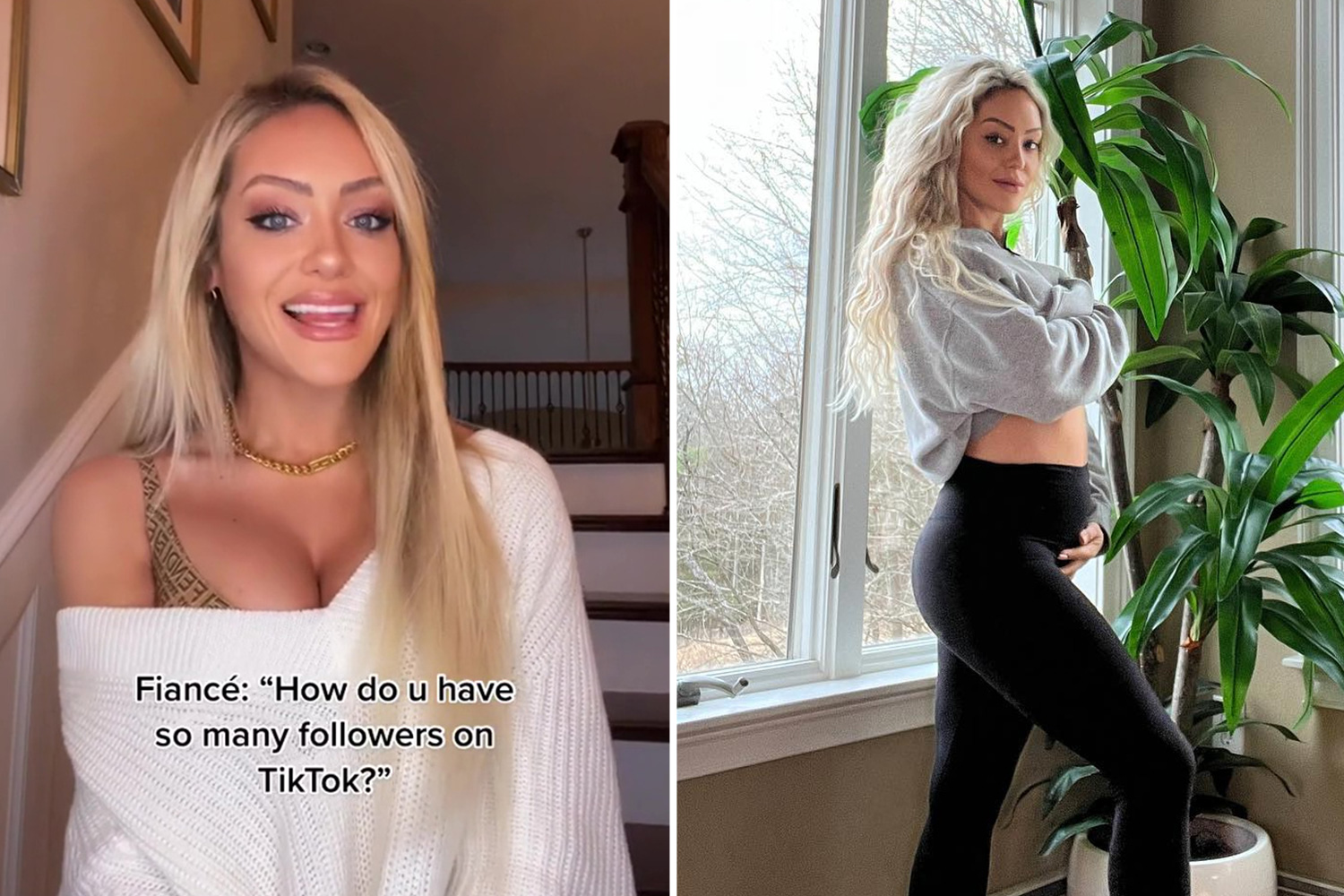 "It was summertime so evenings were light so I thought 'Why not.

''If it doesn't go to plan it won't be a huge loss and if it pays off it might look pretty cool and be a little project to keep me busy!'"

Ready to get his hands dirty, Jordan then headed to the home improvement store Wickes to have a look for potential options, trying to keep the costs as low as possible.

"I didn't know anyone that had done this before so asked the employees at Wickes for advice,'' Jordan said.

According to him, the staff were ''very worried and doubted the idea''.

Despite their concerns and scepticism, he still went ahead anyway and purchased regular wall and ceiling house paint for £14, as well as a sander for £15 and a roller for £4 – a total of £33.

Jordan then spent a day sanding the whole car to make the surface rough – this, he explained, would make the paint stick better.

Once done, the 25-year-old was ready to paint it.

"I got my roller brush out and began rolling the paint onto the car as if it was my bedroom wall at home!

''I remember it being so hot at the time and the paint was drying instantly on the car. 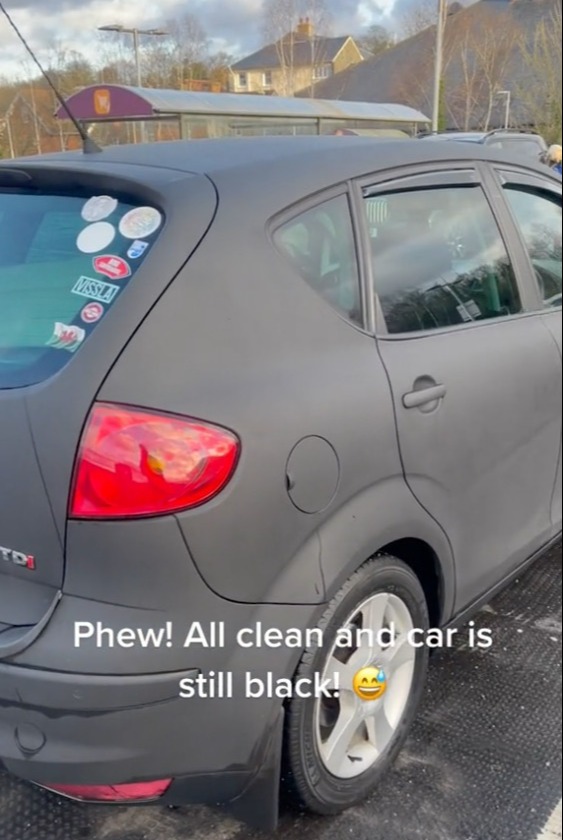 "My parents and neighbours were worried the paint would come off as soon as it rained and ruin the driveways with matt black paint.

"It got me thinking maybe this was a bad idea but it was too late to go back,'' he revealed.

Two coats of paint later, the previous tone of red was completely covered.

Jordan said: "I finished painting the car and it looked awesome!

"Then it was an anxious wait until the rain came down to see if all my hard work would turn into my car going back to its original colour and an invoice from the neighbours for a new driveway."

Fortunately, when the rain did come eventually, the paint all stayed on the car.

"All the paint was completely stuck to the car. There was a really good hold I'm guessing because I sanded it down first.

"There were a couple of gaps I couldn't get to with the brush that I filled in with black spray paint.

''It was all done and ready to decorate with some stickers and put the original badges back on to make it look like a factory finish.

"I wasted no time and the next day the car was packed and ready for my first car camping trip."

To make the new vehicle more comfortable and cosy, Jordan also bagged a foam mattress, window covers and a TV from Facebook marketplace – this cost him a total of around £80. 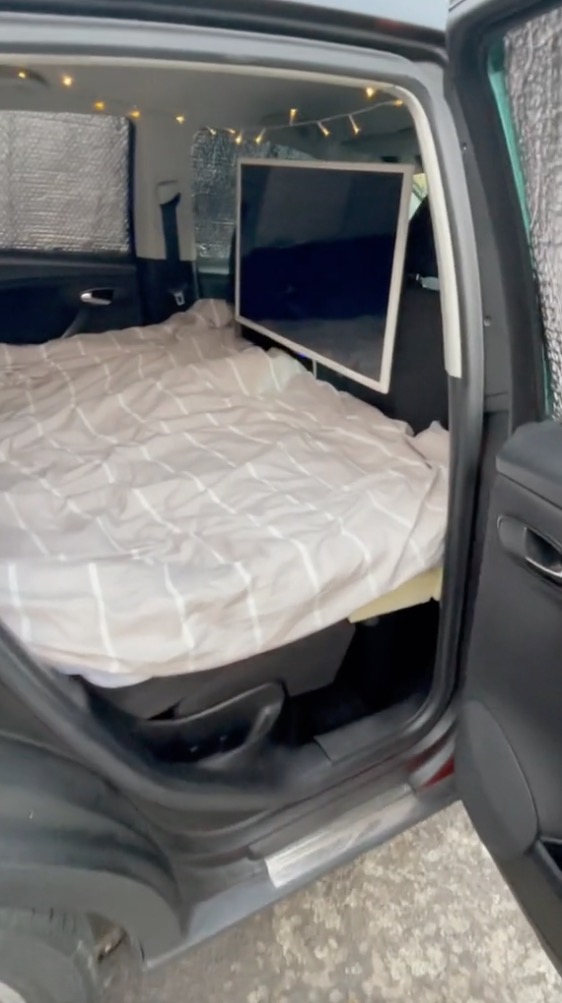 With the seats put down, he cut the foam mattress carefully to make sure it would fit and attached the TV between the front seats, facing the back.

This way, he explained, the new interior can be folded up when driving.

Since the impressive transformation, Jordan has already made use of , travelling to the Lake District, Peak District, Wales and Broadstairs.

To avoid any potential problems, the estate agent also notified the DVLA of the car's colour change – which is a legal requirement.

Now six months later, the paint has held up well and Jordan is pleased with the outcome.

"I have had a few knocks and scrapes but I just got my roller out again and rolled straight back over it and it's good as new again,'' he said.

Jordan has also shared the incredible Before and After on his TikTok, with one video racking up a whopping 1.1 million views.

Another added: "Looks good. I have always wanted to do this to a car but never had a car were the paint work is bad enough to justify it haha."

Someone else chuckled: ''How did the paint come out so well for a £34 job. This man needs to paint full-time."

For those keen to try this themselves, Jordan said: ''Prep is key, sand the car first and mask off areas you don't want paint on! e.g windows and lights.

''Be patient, cars are big canvases and it does take a bit of time.

Ex-head girl ‘faked the will of old headmistress in bid to claim her £4.2m estate’

"Pick a car that has paint imperfections so it doesn't matter as much if you do a bad job.

"Put a clear coat on top. I didn't do this and everything clings to the paint so easily so it does get dirty fast!" 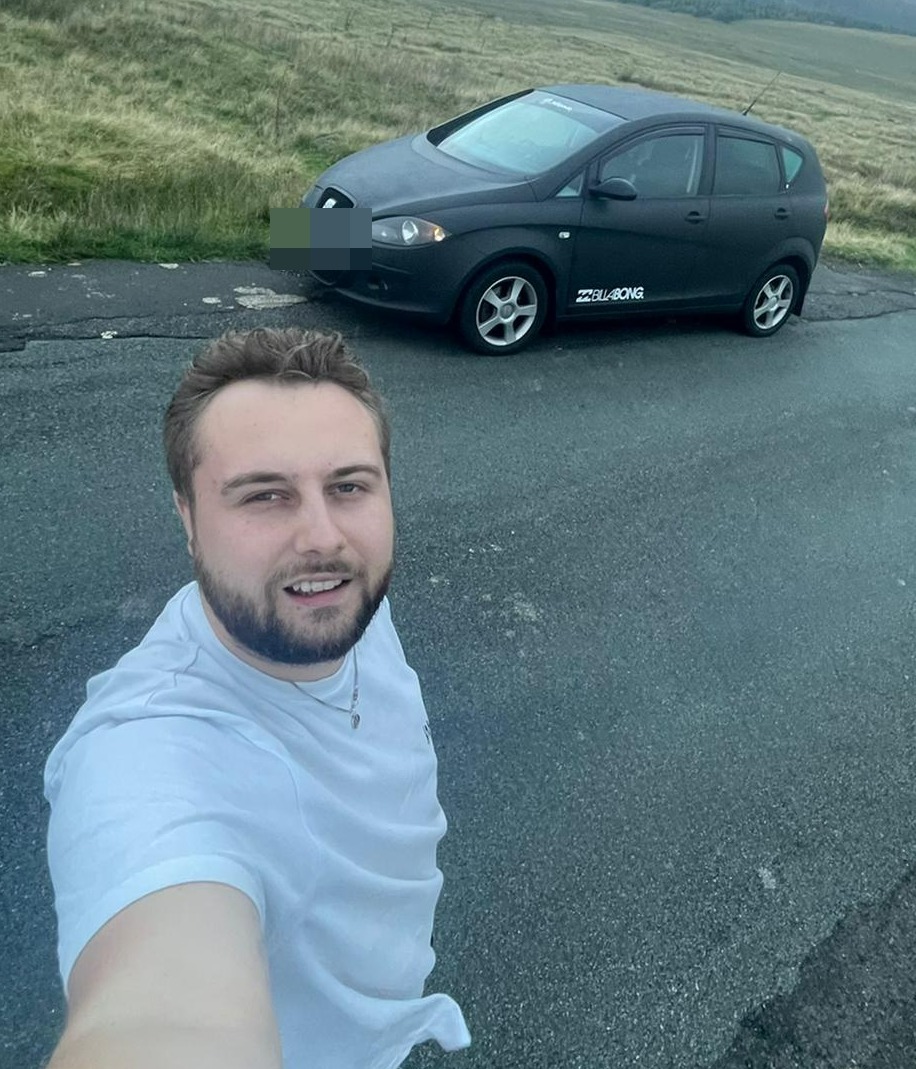