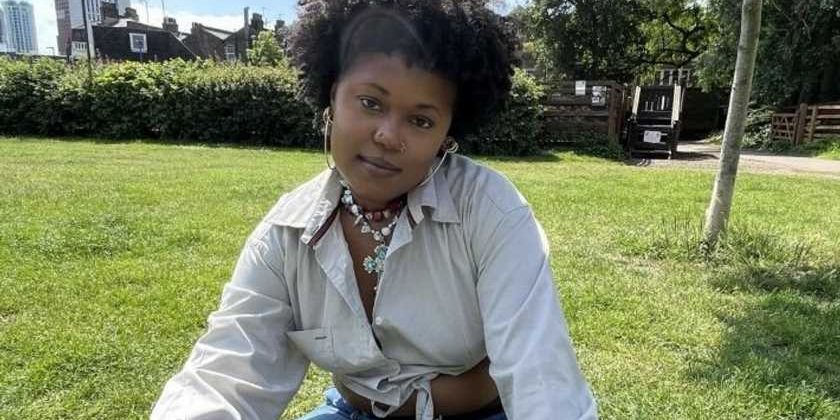 The resale site has taken the world of fashion by storm – meet the women making money from it and find out how they did it.

As the UK was mandated into a nationwide lockdown in March 2020, Lapoze Monalisa McTriBouy was told by the printing company she worked for that she was being put on furlough.

Along with the approximate 11.7 million jobs that were furloughed in the United Kingdom, which resulted in 1.3 million people’s jobs being suspended, McTriBouy found herself questioning what she really wanted to spend the rest of her life doing. What was it that excited her or made her feel fulfilled?

She considered what she loved, which was 70s and 80s fashion. She considered what her aesthetic was and what career she could pursue in the fashion sphere. Cooped up in her London home with her partner, McTriBouy devised the idea for Sooki Sooki Vintage, a pre-loved storefront specialising in gems from her favourite eras, whose name was inspired by the blaxploitation films, whereby characters would refer to something gorgeous as “sooki”.

“During furlough, I just invested all of the money I was getting into Sooki Sooki Vintage. I bought more and more stock and just built it up,” McTriBouy tells Stylist. “Then, after a year on furlough, I was let go from my job and I just decided to go for it. I was making enough money to make it work for myself, so I just put my all into Sooki Sooki.”

It didn’t all go according to plan. There were months when fewer vintage clothes were sold, which put a strain on her finances and made her question her decision. But after a considerable amount of hard work manifesting, her path with Sooki Sooki became clear. “It’s the kind of job that, when I was younger, I didn’t even know existed,” she says. “I always knew I wanted to work in a creative field, but I really didn’t know which to target, and then it all became clear.”

McTriBouy isn’t alone as a woman running a successful business on Depop and paving a way towards independence. Fast forward to 2022: Depop is home to 30 million users in over 150 countries, with 90% of its users being under 26 years old. The app doesn’t ask users to define themselves by gender, so it’s unable to release gender-based data, but among its top quintet of female sellers is London-based Danielle Mass, the founder of Remass.

Danielle Mass, the founder of Remass.

While selling her friend’s secondhand pieces at university in Bristol, Mass realised that she had a knack for styling, photographing and ultimately selling the pieces her friends entrusted her with. After graduating, she headed home to London to see if she could build something of her own with the skills she’d subconsciously learned.

“I started by just going to charity shops and car boots at first and then began sourcing abroad, and now we have suppliers in other countries,” she says. Since the inception of Mass’s Depop store in 2018, it has amassed a following of 114,000 and has sold upwards of 19,000 pieces already.

Isabella Vrana is in Depop’s top-five female sellers on the app.

That’s not to say that it’s all been plain sailing, she adds. “I think I’m lucky that I came along during a time when there wasn’t an over-saturation of vintage Depop stores, so it took about six months for it really take off and get a following. I think it’s harder now just because there’s so much competition.”

What have been the difficulties of pushing her shop to success? Despite now employing a team of six, she says that in the beginning, sourcing, photographing, styling, wearing and organising all of her samples seemed nearly impossible. “It was hard to keep the motivation on sales where I got no sales, and my parents were struggling to understand how it was a job,” she says.

When sellers reach a certain level of popularity on Depop, they’re added to a WhatsApp group of other users that have reached similar levels of popularity. “It’s been nice for everybody that’s struggled to get to where they are now to be able to chat to people going through the same thing.” Other users she’s found companionship with on her Depop journey are Past Trash and Isabella Vrana, both of which are also in the top five female sellers on Depop.

Now that they’re among the few that have reached such levels of success on the app that they’ve been able to make it their main source of income, where do they see themselves? For Mass, it’s being so ubiquitous that people can identify a Remass piece anywhere. For McTriBouy, it’s becoming “a safe haven for old clothes”.

Before she darts back to the whimsical and frothy world of Sooki Sooki, McTriBouy asks people considering a move to making Depop their main job to “follow your heart, don’t listen to the nos and trust your instincts. That will serve you right.”