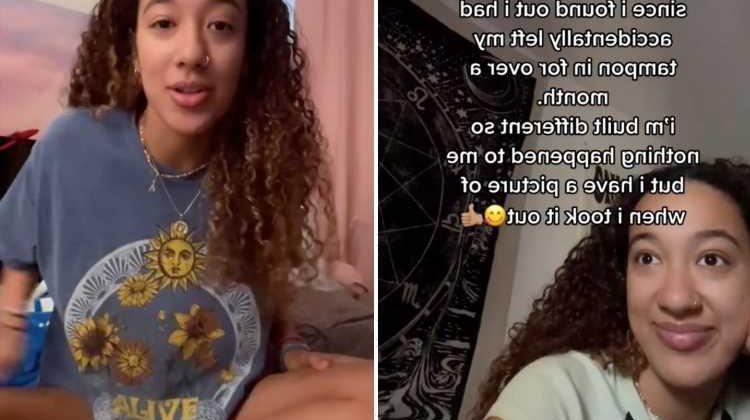 A WOMAN accidentally left her tampon in for over a month as she’d put in two without noticing – and when she finally found it, she took a photo.

Tiktok user Ari revealed that she left her tampon in for much longer than the recommended eight hours and people can’t believe she didn't realise. 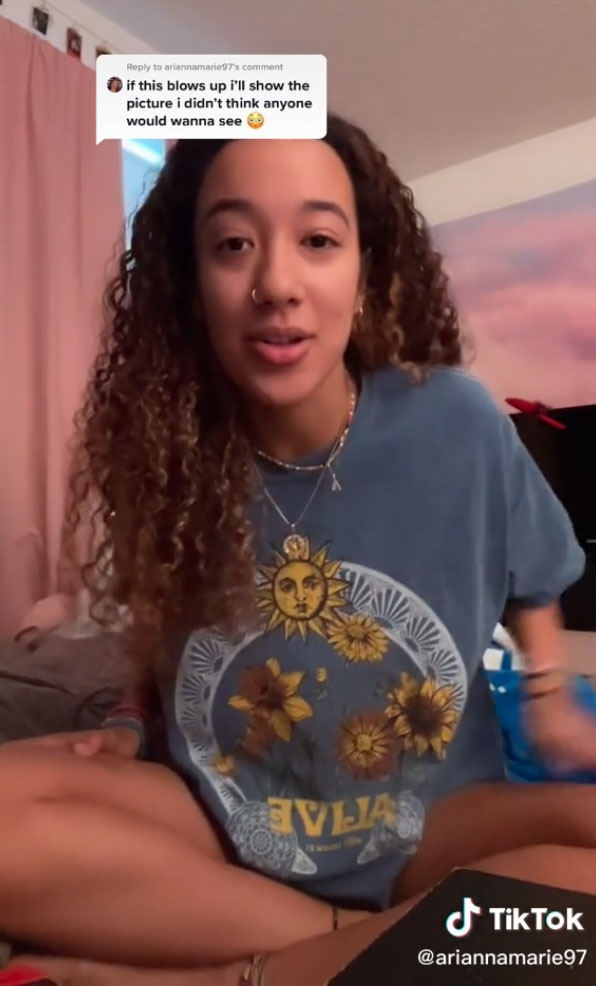 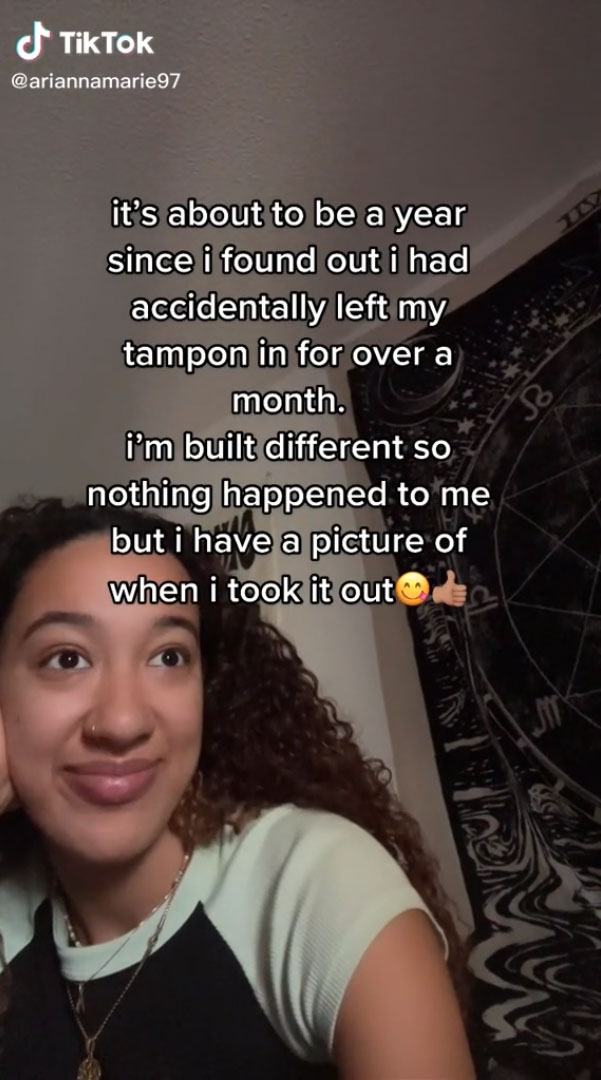 She said: “It’s about to be a year since I found out I had accidentally left my tampon in for over a month.

“I’m built different so nothing happened to me but I have a picture of when I took it out.”

Ari’s viewers were extremely curious about the ordeal, and Ari explained the situation in more detail in a follow-up video.

She explained: “I had accidentally put two in. One went up. The other one was behind it.

“I pulled that one out and left this one up, so there was no string. It was just way up there.”

People were stunned to learn that there was no blood on the tampon when Ari removed it.

She said: “First of all, there was no blood on it. Let me just clear that up. There was basically no blood.”

Many people argued that the tampon would’ve had a smell, alerting Ari to its presence, but she said this wasn’t the case.

“Since there was no blood, no smell or very minimal smell I should say.”

She said that she was reluctant to post the picture because she didn’t want it to be on the internet forever, but she did provide a detailed description for people who were dying to know.

“When I took it out, it wasn’t red or brown. It was still in its form, its shape, it was just like, a little beige with some gray and then some spots of black mixed in there”, she described.

The video racked up 4.9 million views and commenters just couldn’t believe Ari had left the tampon there for so long.

“I- this can’t be real”, said one stunned viewer, while another wrote: “How do you not take it out for a MONTH??”

For more like this, read about this woman, who couldn’t orgasm after the menopause & her mind felt so foggy she thought she had dementia.

Meanwhile, this hapless man leaves people in hysterics after getting VERY confused about his girlfriend’s tampons – and he’s not alone.

Plus, Saira Khan says she was so down I couldn’t get out of bed because of her menopause.