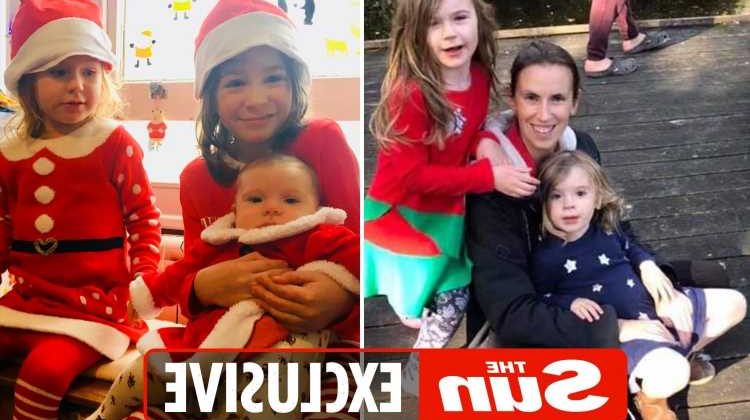 COME Christmas Day, families up and down the country will settle down to a delicious roast dinner, with kids bribed into forcing down their brussel sprouts with the promise of pudding.

But there’ll be no such negotiating in the Allen house where parents Adele and Matt allow their kids to eat whatever they want – which includes raw vegetables. 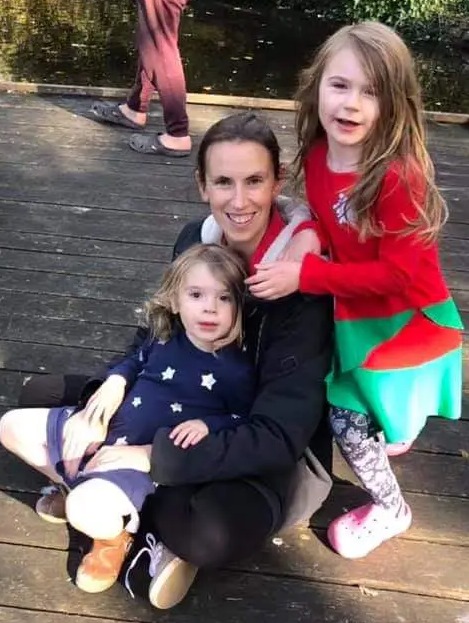 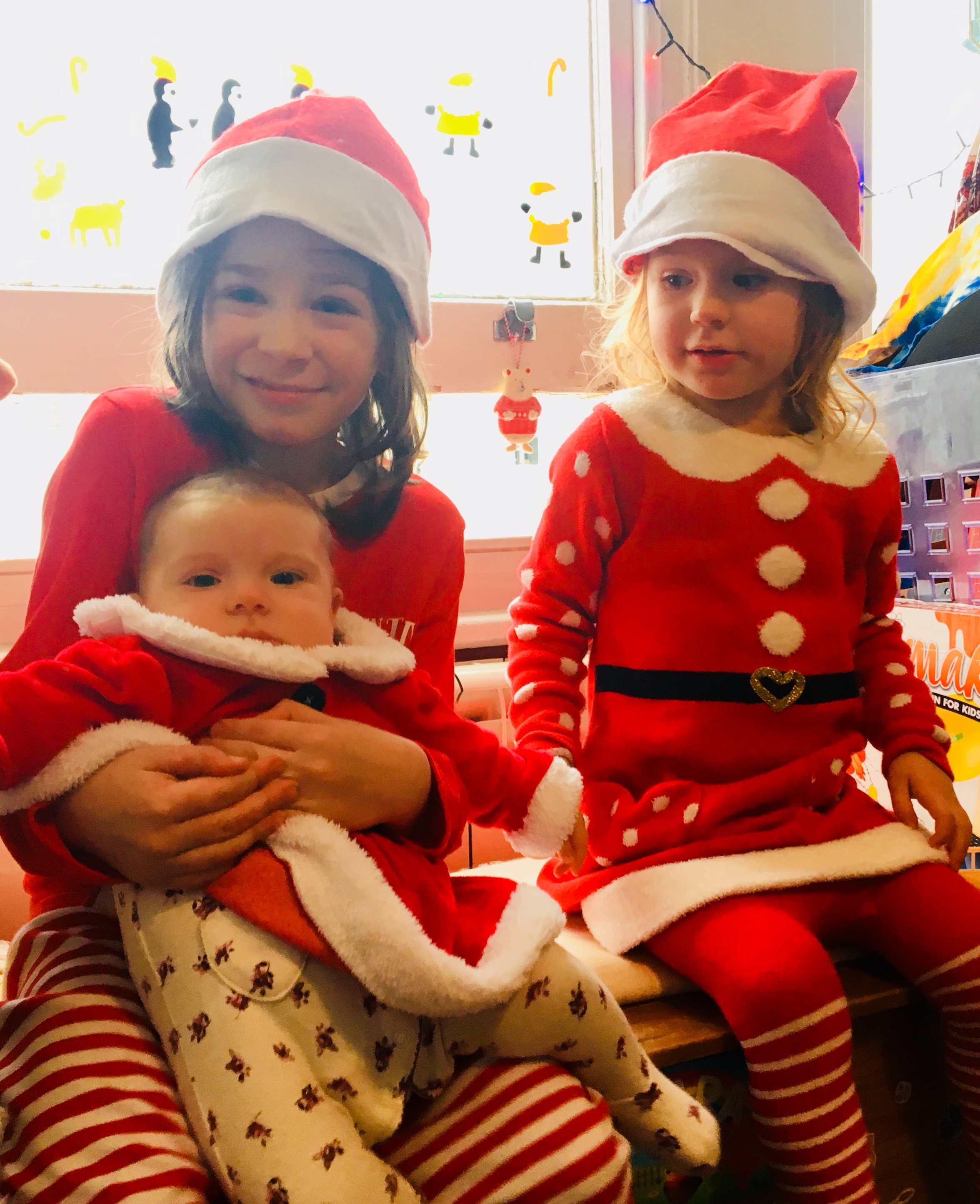 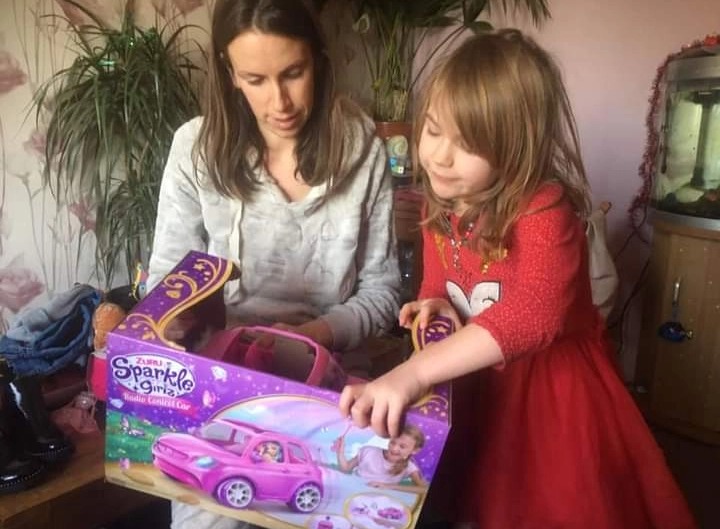 The couple shot to notoriety when they appeared on This Morning to discuss their unconventional approach to parenting, and their then-one-year-old daughter Ostara weed live on TV.

Adele, 38, who is also mum to Ulysses, 11, and Kai, three, is far from a traditionalist when it comes to Christmas, allowing her off-grid lifestyle to seep into the festivities.

Speaking exclusively to Fabulous Digital, she says: “We don’t bother with a Christmas dinner.

“Everyone in the family eats completely different food so what’s the point?

“I’ll do a veggie roast for Matt and I, but the kids graze like cows on whatever they fancy.

“I’m happy to whip up some pasta if that’s what they feel like and my son eats mostly raw vegetables.”

Before tucking in to their crudites, the kids will wake up to a pile of presents under the tree – but there’s no mistake where they’ve come from.

“We never lie to our kids about Santa,” she says.

“We never sat our kids down and told them that Santa brings them their presents – they picked that up from YouTube.

“Our youngest is still talking about Father Christmas but the other two are more than aware that it’s all a game but that doesn’t seem to ruin the magic for them.”

Adele does tell her children about the true story of St Nicholas who delivered money to those in need.

She adds: “It’s all based on this philosophy that we can continue that and all be kind to each other and they seem quite cool with that.”

When it comes to gifts, Adele’s three children are unlikely to find the latest LOL Surprise doll in their stocking.

“We tend to buy our kids what they need because we’re on a low income during the year,” she says.

“Our eldest is getting a second hand laptop for example and that will primarily be for our home education.

“Any toys we are buying tend to come from charity shops so I know we are recycling.”

But Adele’s three children won’t have to be very very good this year in order to receive a gift.

“I’ve seen videos on social media where parents wrap up empty boxes and then threaten to throw them in the fire if the kids weren’t behaving,” she says.

“It’s horrifying. I feel the same about Elf On The Shelf, I am so uncomfortable with this Big Brother style of surveillance.

“Anything that threatens children or coerces them into a certain way of behaving is not for me.”

And any visiting grandparents shouldn’t necessarily expect a warm welcome from their grandchildren.

The parents highly encourage child autonomy, where a child has full control over themselves and their bodies, meaning they never force their children to hug, kiss or even talk to their relatives.

The mum says: “My kids don’t have to even speak to their relatives if they don’t want to or if they’re feeling shy.

Adele and her husband Matt, also 38, met 17 years ago while working together at Frankie & Benny’s.

They practise child-led parenting, meaning the kids make their own decisions, which includes what they wear to what time they go to bed – often midnight for Ulysses.

This year the family, who have previously relied on benefits, will be using the money they made from their pallet upcycling business to fund Christmas.

Adele says: “Unfortunately we don’t earn enough out of benefits to cover Christmas presents that will have to come out of our own pockets.”

Christmas 2021 will look very different for many families this year, with many reunited for festive celebrations following last year’s isolating lockdown.

But anti-vaxxer Adele, who makes her own medicine, openly admits that she flouted last year’s government guidelines.

She says: “We just do what we want to do anyway regardless of the government guidelines

“We didn’t do anything differently last year – COVID only affected how we earned money rather than our lifestyle and I don’t see that Christmas this year will be any different.

“In fact that’s the only thing my kids can’t have for Christmas – the COVID vaccine.” 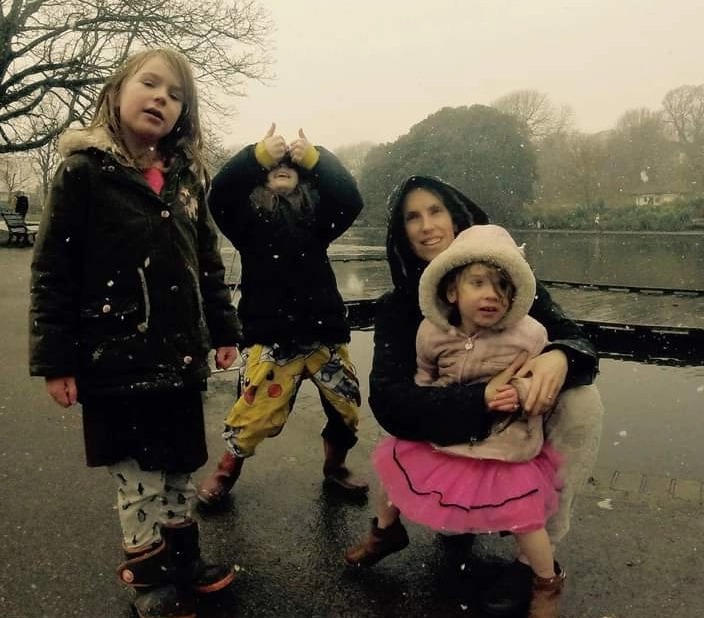 Previously, William revealed it is tacky to put your Christmas decs up early – the correct date is far later than you think.

And a mum-of-eight shares the reason she doesn’t buy her kids any Christmas presents – and why they still get excited.