THE ONLY thing better than having one Christmas tree in your living room is two, according to a holiday-loving TikToker.

The woman showed off her two trees – the first being Grinch-themed and the second being a general Christmas theme – and people could not get enough. 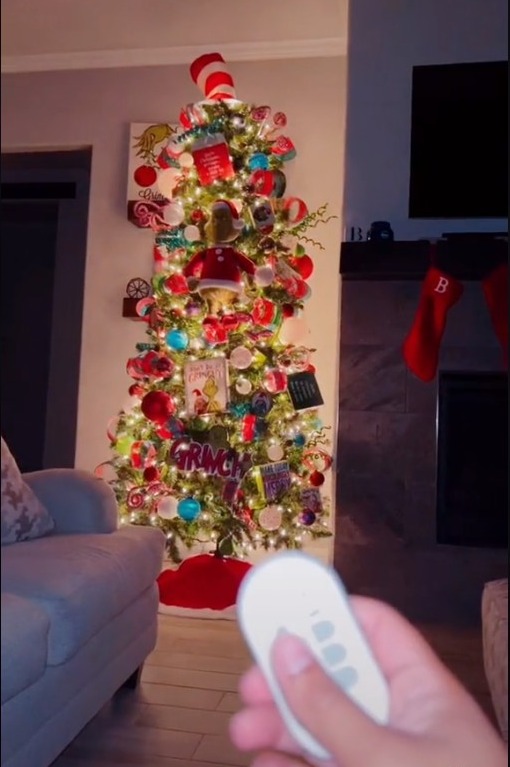 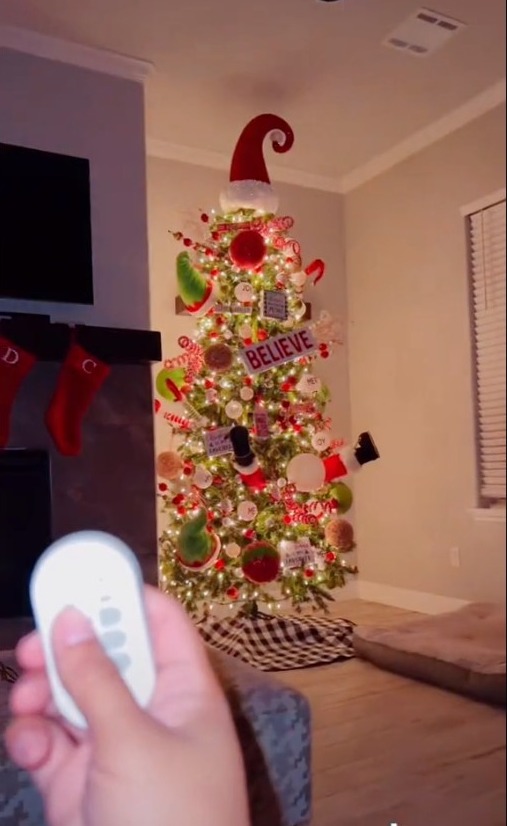 “My husband always finds a way,” the woman, who goes by @dnsaucedo on TikTok, wrote in the caption of a video showing her turning on both her Christmas trees, which were placed on either side of the home’s fireplace.

One tree was dedicated to The Grinch, and it was adorned with over-the-top decorations like a large Grinch plush, a Grinch sign that the woman claimed was from Hobby Lobby, and a giant printed holiday greeting blocks that would certainly be too big for Cindy Loo Who’s hands.

The tree was topped with Cat in the Hat’s iconic red and white striped hat.

The second tree displayed a general Christmas theme but was no less festive than the Grinch tree.

It also had large ornaments filling its branches and looked as if a Christmas store was simply dumped onto it.

It donned several elf hats, giant Santa legs sticking out from its branches, and a white sign with “Believe” in red capital letters written on it.

Santa tracker LIVE – Where is Father Christmas now & when will he visit me?

STILL BY ONE'S SIDE

The tree topper was a tall Santa hat with glittery fur lining the bottom.

The woman’s followers were super impressed with the setup, with many wishing they had a home filled with such joyful decor.

“You get two in the living room?! Living my dream man,” one viewer exclaimed.

“Omg I just realized I need to have two trees in my house,” another wrote.

“Rocking around the Grinch tree,” a third TikToker commented, playing off the actual song, Rockin’ Around the Christmas Tree, which was heard in the video.

While viewers were super impressed with the two trees in the woman’s living room, that’s not all she had in her house.

The TikToker shared another video showing off her Jesus-themed tree, which was also decorated with massive ornaments and a wall sign that reads “Oh come let us adore Him.”

This TikToker might want to talk to Kourtney Kardashian, who has a whopping seven trees just on her porch alone this year.

There’s certainly enough holiday cheer between both homes to make even the biggest Grinch show their heart this holiday season. 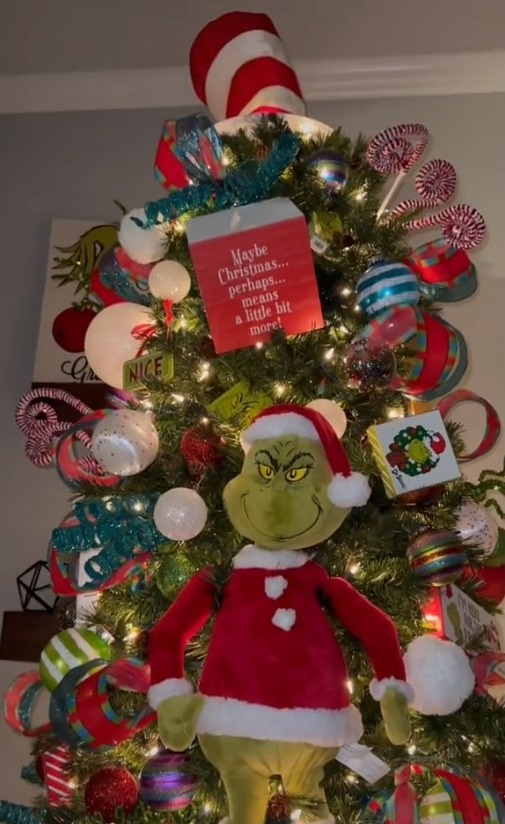 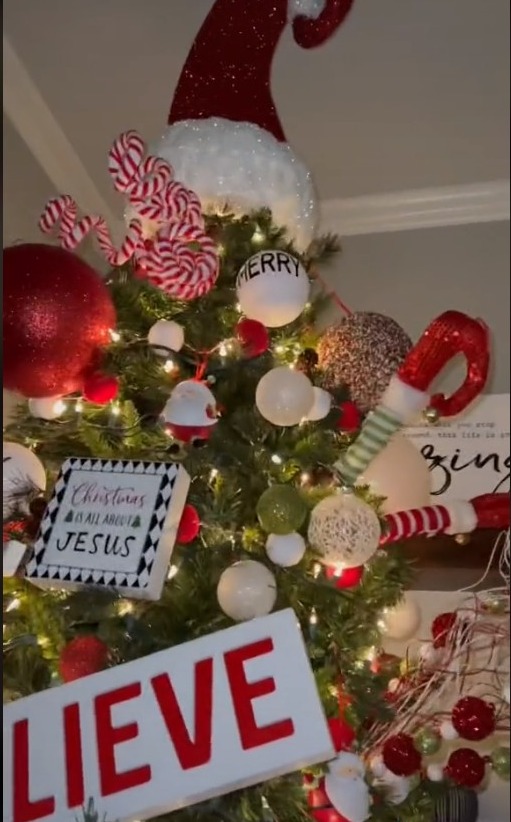