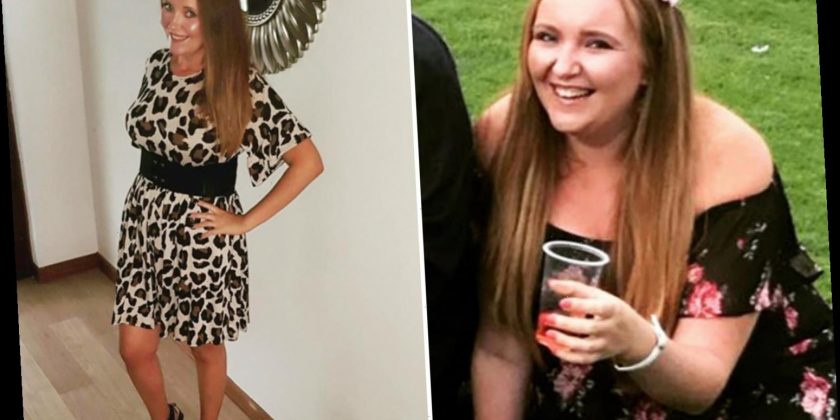 A MUM who ballooned to 17st 7lb by living on chocolate bourbons, takeaway pizzas and Chinese vowed to lose weight after her womb and bladder fell out – because her belly was pressing down on them.

Karen Bell lived on junk food after having cravings while pregnant with her first baby Erin – who was born in February 2011. 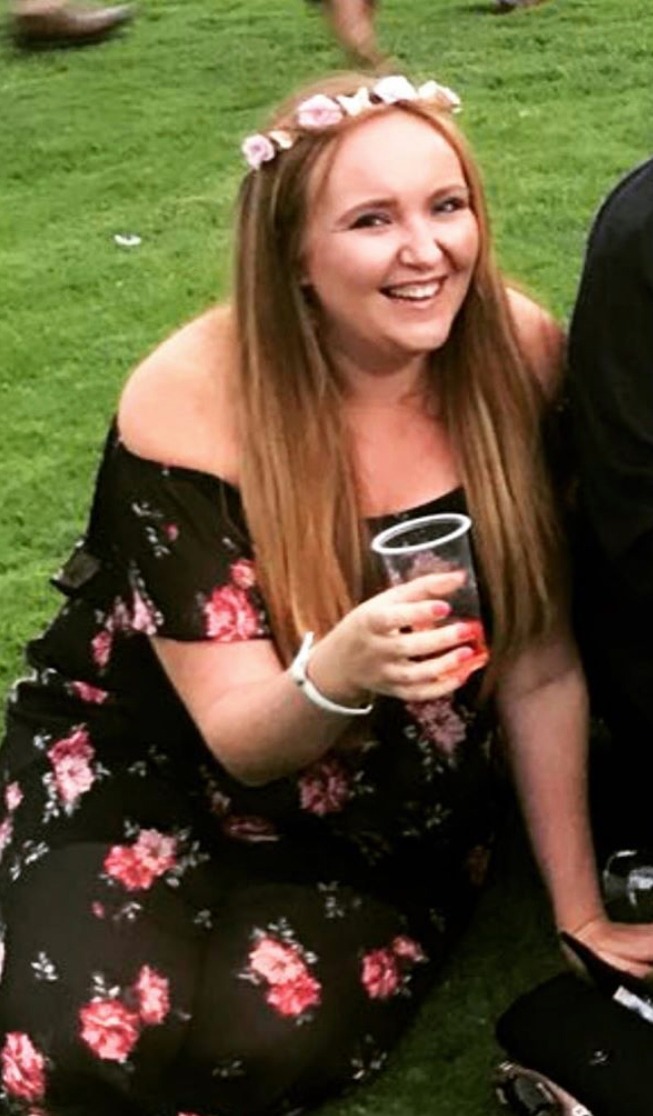 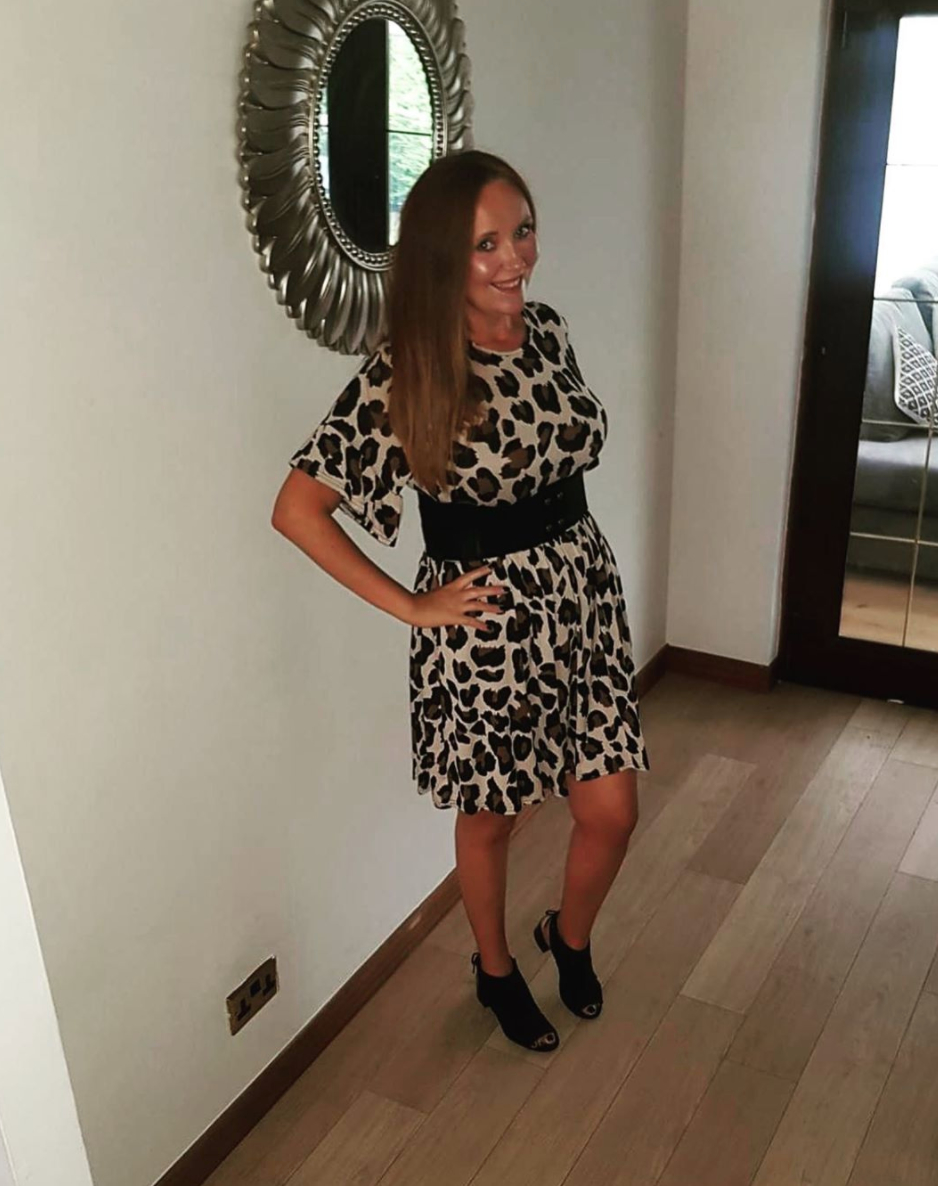 After giving birth, the 33-year-old was in constant pain and suffered an agonising prolapse where her uterus and bladder dropped down to her cervix.

Her doctor warned it had happened because the excess weight around her stomach was pressing on her pelvic organs and advised her to diet to quickly shift the pounds.

But Karen comfort ate instead and became so big that her womb and bladder fell out of her as she walked home carrying heavy shopping in November 2018.

"I still can’t believe it ever got to the extreme of my organs falling out of me," says Karen, a full-time mum from Newmains, North Lanarkshire. 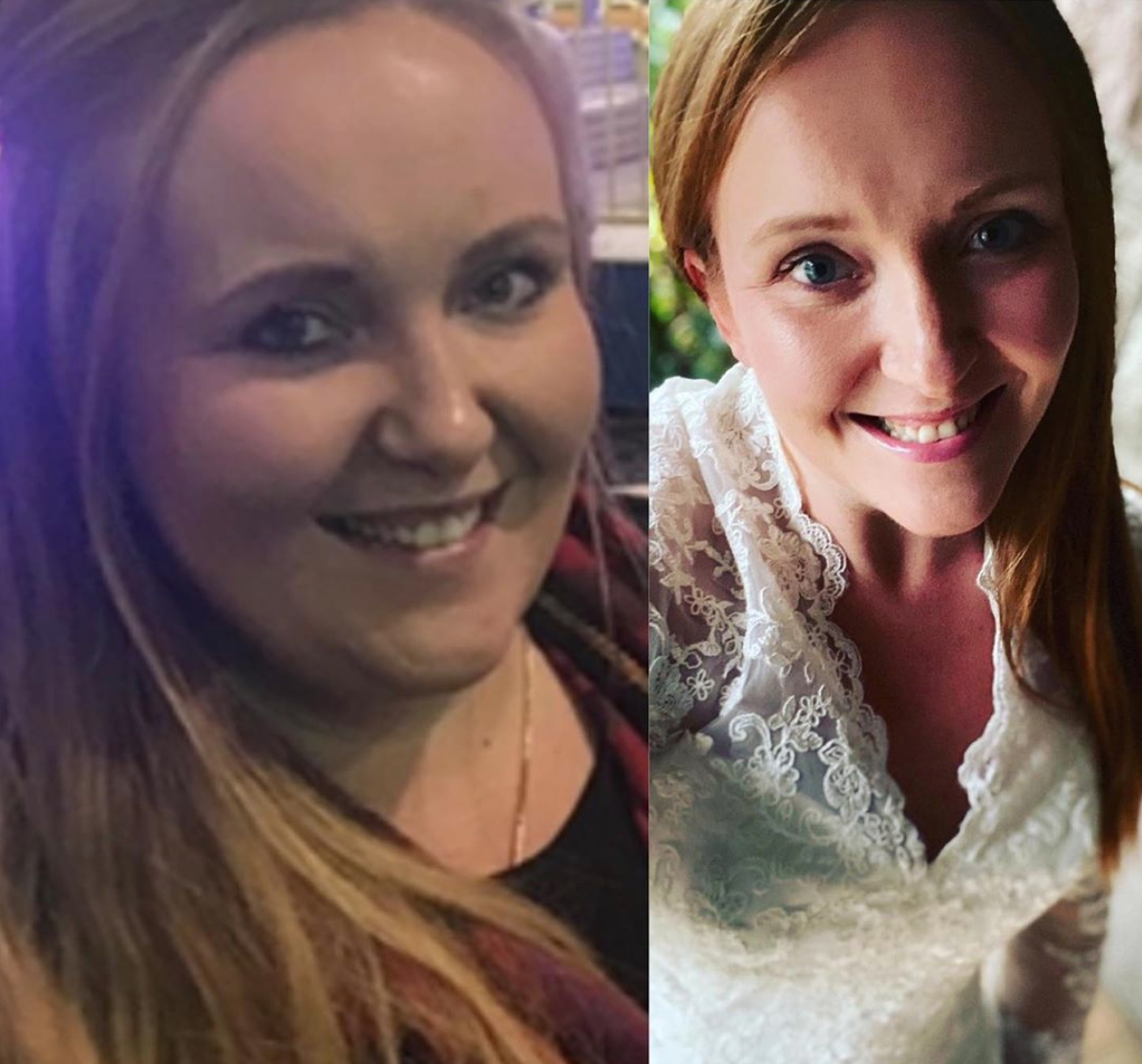 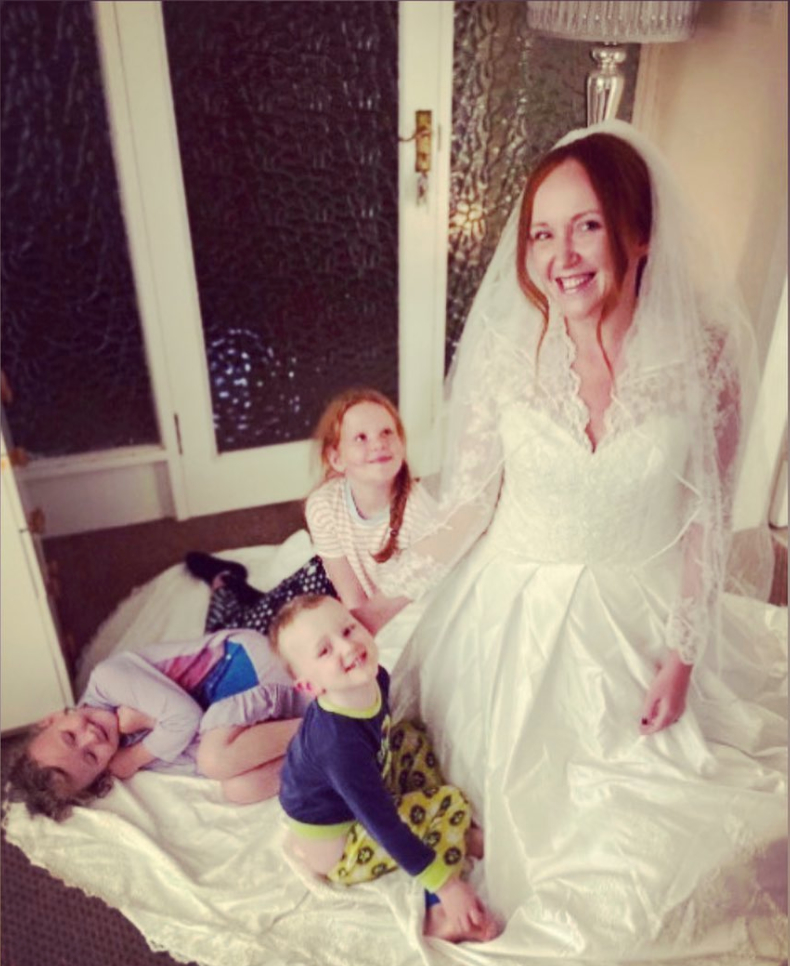 "When I looked down and saw what was between my legs, I was horrified. It was a fleshy tennis ball-sized bulge, it looked like brains.

"When I told my doctor she said she’d only ever seen this condition in one other patient, a 91-year-old woman. I just wanted the ground to swallow me up."

When I looked down and saw what was between my legs, I was horrified. It was a fleshy tennis ball-sized bulge, it looked like brains

Karen needed six-hour corrective surgery to reposition and hold her pelvic organs in place – then ditched the biscuits and swapped takeaways for ‘fakeaways’ made from scratch.

Now she has shrunk from a size 22 to a slim size 12, simply counting calories to lose five stone. 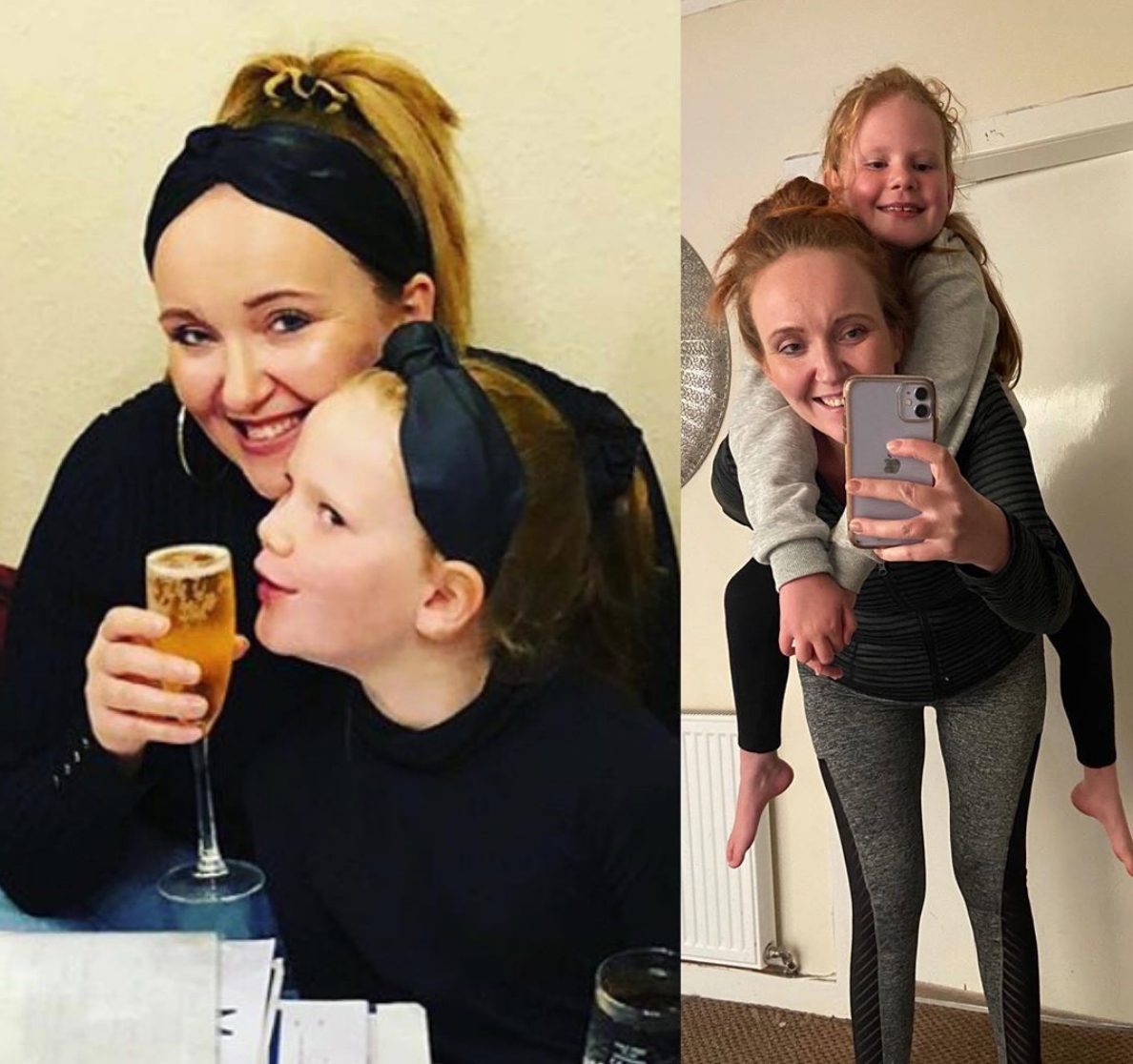 She said: "It was only when they finally referred me for corrective surgery that I finally had the confidence and motivation to shift the pounds. I finally feel my age."

The ordeal began six weeks after Karen gave birth to her first child and started to feel a heaviness in her abdomen, which she describes as feeling like a bowling ball was weighing her down.

Karen said: "I didn’t know what was happening but it was only when I tried to put a tampon in that I realised I couldn’t."

My doctor said she’d only ever seen this condition in one other patient, a 91-year-old woman. I just wanted the ground to swallow me up

Instead, Karen discovered a tennis ball-sized bulge inside her vagina.

Doctors told her that the bulge was pelvic organ prolapse, caused by the excess weight on her stomach pushing down onto her pelvis.

Her bulky frame was putting pressure on her bladder and uterus, causing them to drop into her cervix.

Karen said: "Because the organs were still inside my body, they said it was manageable and I should use a wet flannel to push them back into place." 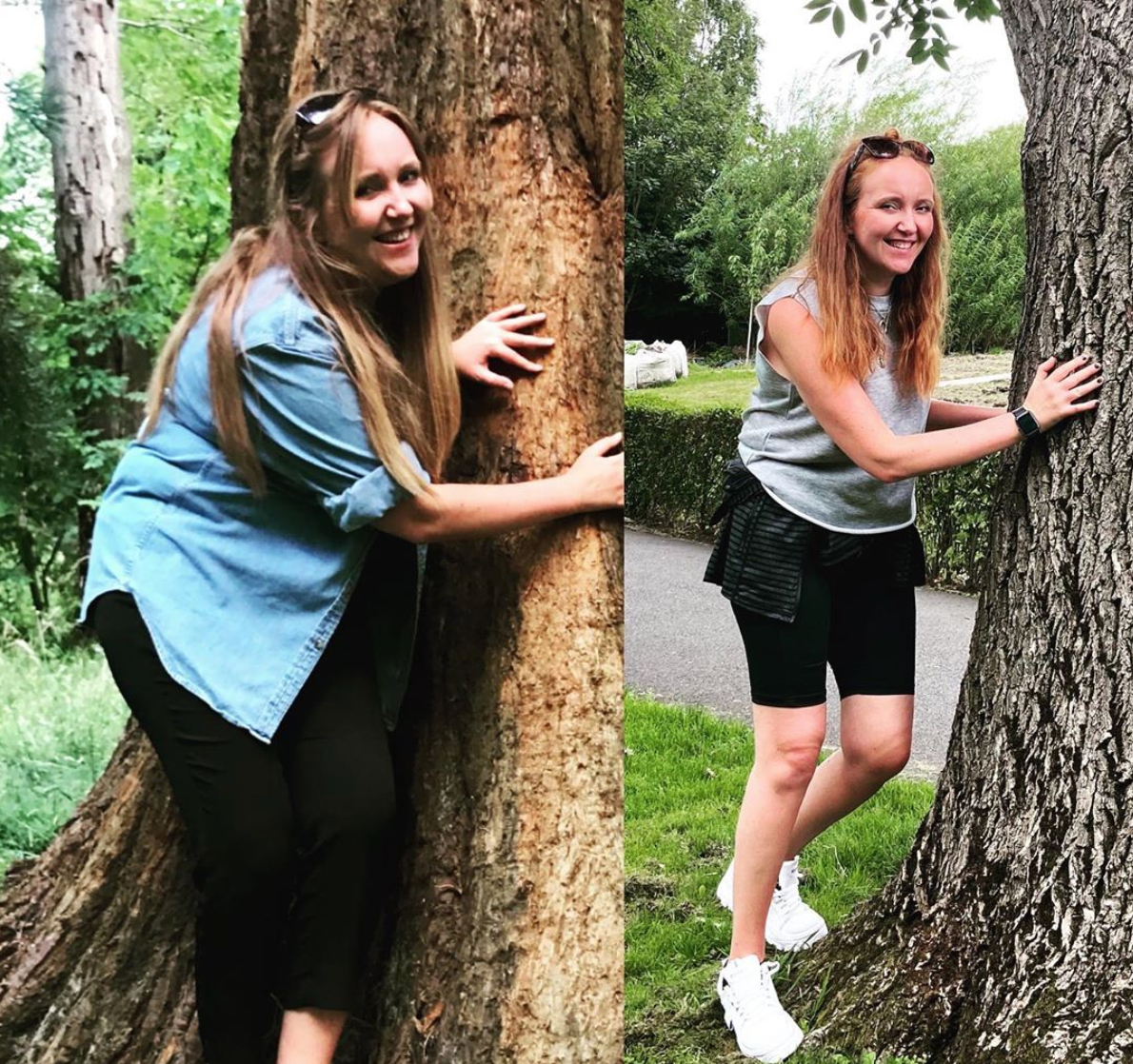 But the daily process of repositioning her pelvic organs was extremely painful.

She said: "I didn’t want to leave the house because I felt disgusting.

"I couldn’t wear jeans because they were tight and I’d feel the bulge between my legs.

"Sex was agony, it’s a wonder we ended up having more kids."

Sex was agony, it’s a wonder we ended up having more kids

Over the next seven years, Karen and husband, Stephen, 34, had two more children, Orla, now five, and Jack, now three.

It was only in November 2018, when her organs fell out of her, that doctors finally referred Karen for corrective surgery.

"It was like something down below had popped," she said. "I could feel it under my skirt, something dangling between my legs – it was mortifying.

"When I looked down and saw what was hanging from me, I felt sick. It was a large fleshy ball, it looked like brains." 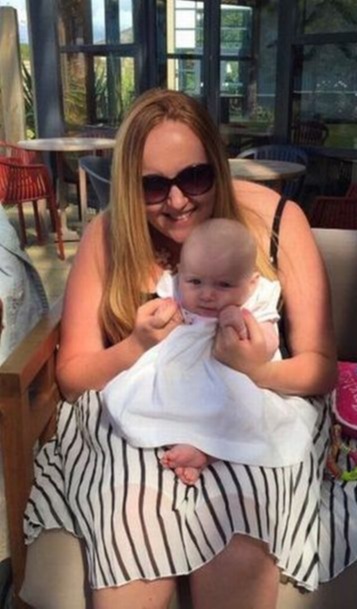 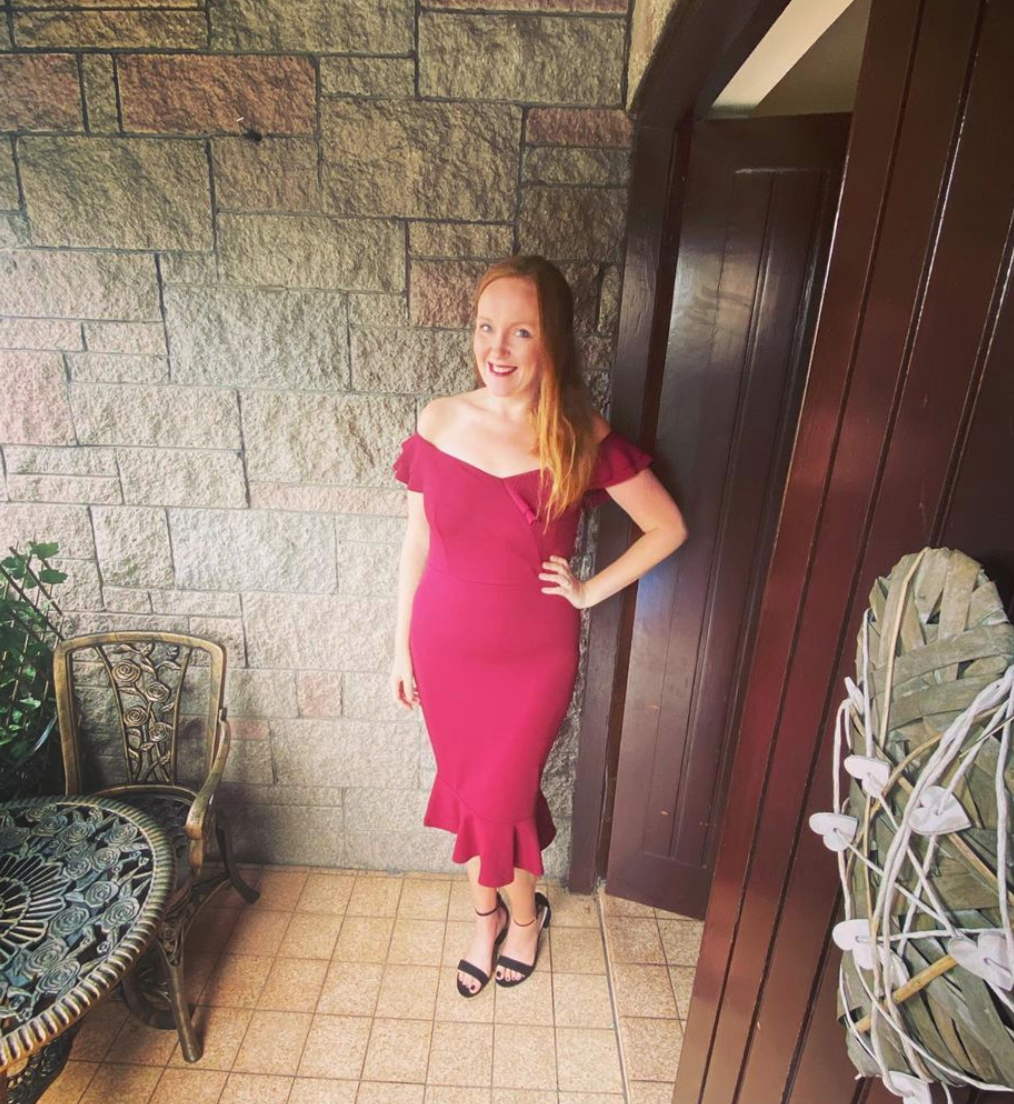 After losing a stone for the surgery in February 2019, Karen’s pelvic organ prolapse was corrected and she was given a new designer vagina.

Karen also had sacrospinous fixation, a procedure to stitch her womb to her spine to keep it in place.

Snacks: A packet of chocolate bourbons

Lunch: A sandwich stuffed with cheese and ham on white bread

Dinner: Takeaway – usually a large cheese pizza, with sides of garlic bread and wedges. Or Chinese

"I had a newfound confidence," she says. "I could finally wear what I wanted without worrying about that bulge showing.

"I felt so much better and that made me want to eat better too."

After downloading the MyFitnessPal app and swapping her junk food for healthy home-made versions, Karen began to drop the pounds – going from 17st 7lb to 11st 12lb. 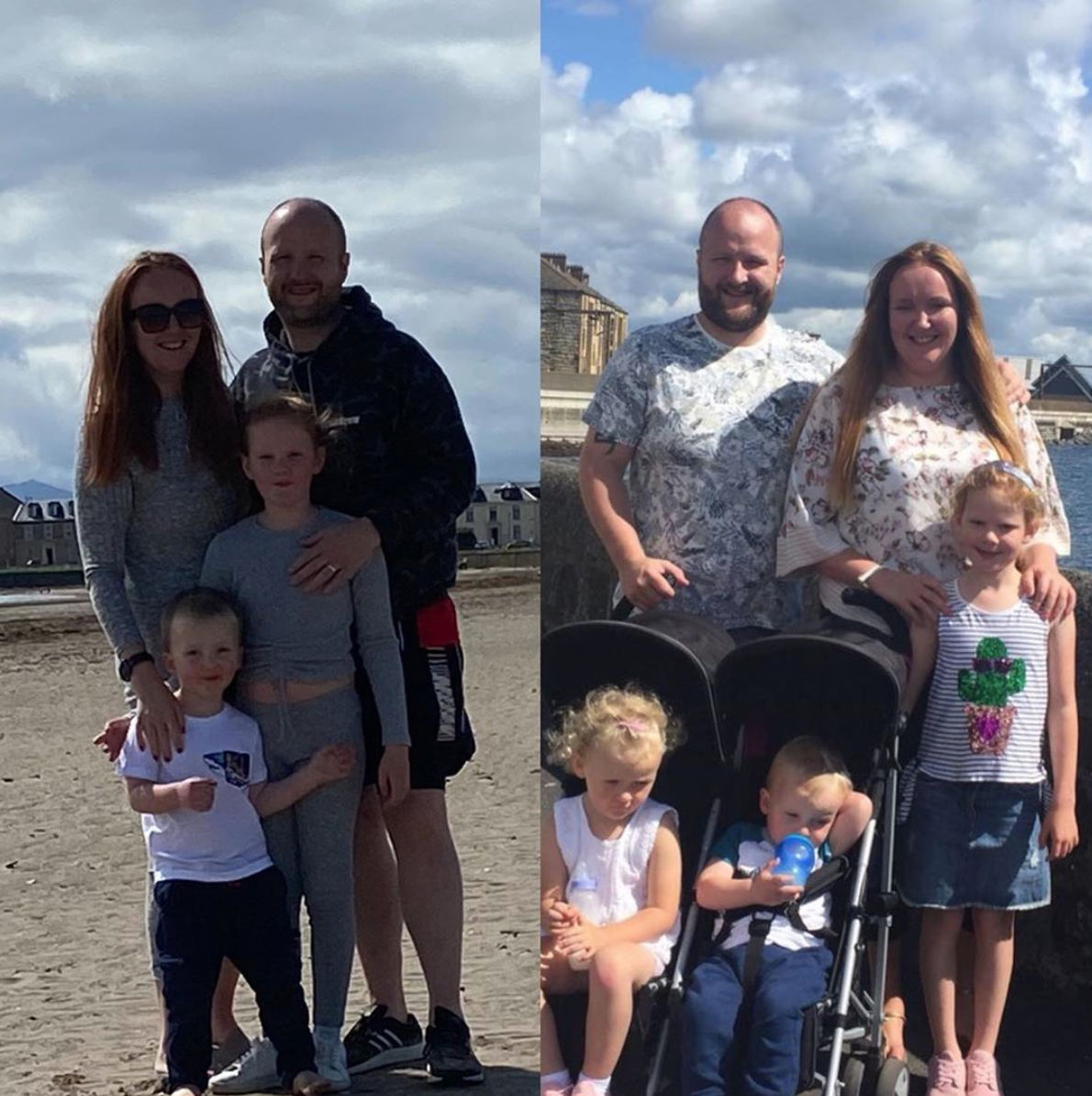 "I can’t believe it took for my bladder and womb to fall out for me to finally shift the weight, but now I’m fit and healthy to run around and play with my kids," she said.

"They used to call me 'Humpty Dumpty' but now I’m known as 'fun mum'.

We previously spoke to a mum who had a had a 10-minute vagina tightening treatment because she couldn’t stop weeing after having kids.