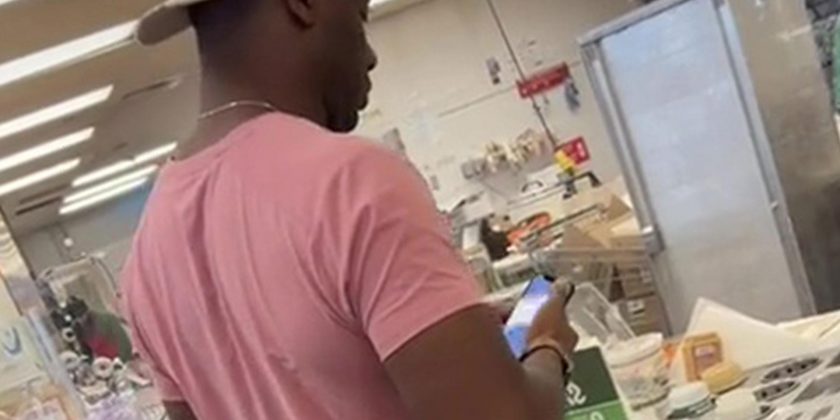 A CHEATER was caught out when someone spotted him messaging someone on a dating app, while standing next to his girlfriend.

The couple were spotted by a TikTok user while they were ordering food, looking closely at the man’s phone she spotted that he wasn’t just texting a friend but was actually on the popular dating app Hinge. 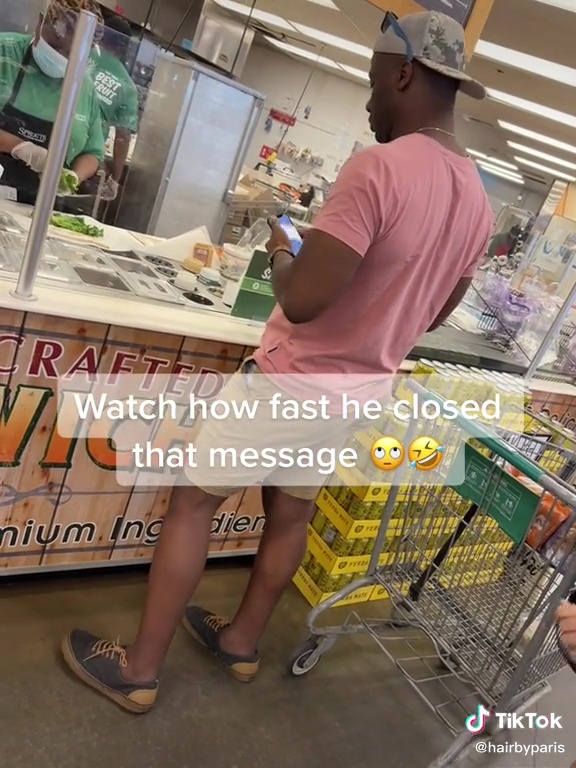 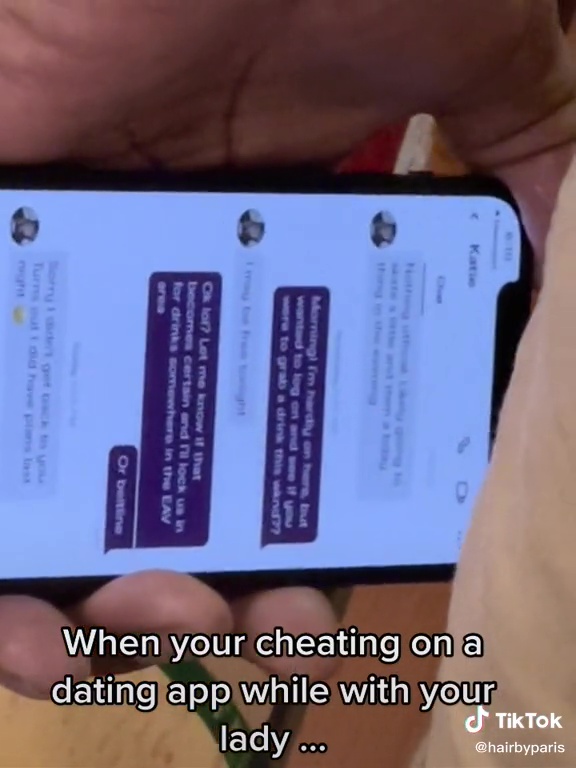 Posted to TikTok by hair stylist Paris, known to her followers as @hairbyparis, the video has since received over 120K views.

“When you’re cheating on a dating app while you’re with your lady,” writes Paris who then zooms in on the anonymous man’s phone showing some of the messages he’s exchanged with the mystery woman.

Eagle-eyed viewers were then treated to a view of some of these messages, with some managing to decipher what was being said.

When zoomed in it’s clear that he is messaging a woman named Katie, with whom he’s trying to organise a meet-up.

The man’s girlfriend appears to be totally unaware of what he’s doing on his phone, and when she comes close to him he closes the messages super fast.

Others felt sympathy for the poor woman and hoped she would stumble upon the video on her for you page and find out the truth about her boyfriend.

“Wow… The universe is always on time. Either her or her friends will see this,” wrote one such user.

Another wrote: “Hope his gf sees this tiktok lol.”

“And may she come across this video.. Amen” added a third.

Others shared what they would have done in Paris’s situation, with one person claiming they would have “air dropped that video so quickly to everyone in that restaurant.”

“I would have told her,” wrote another.