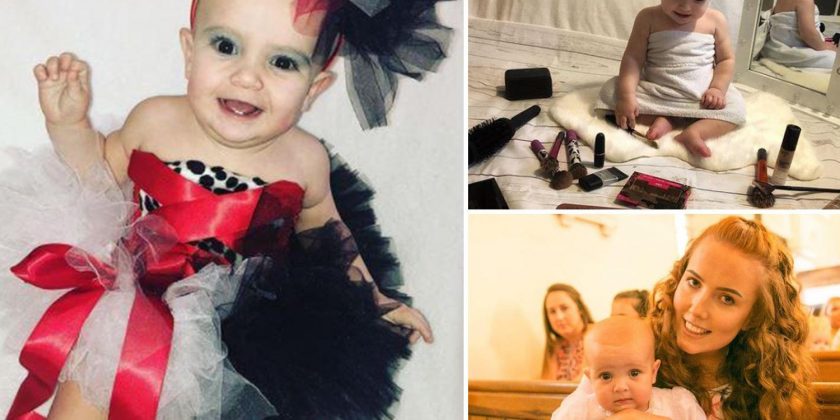 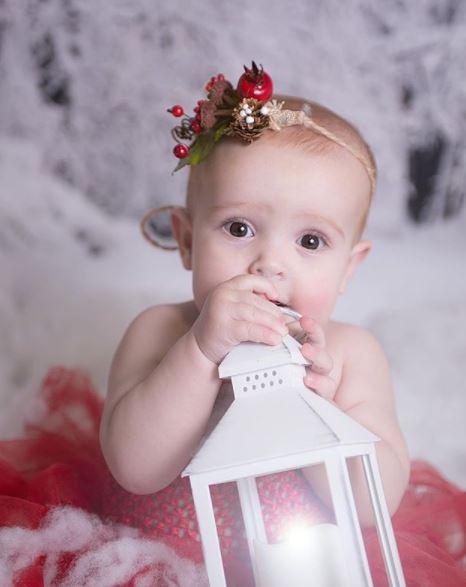 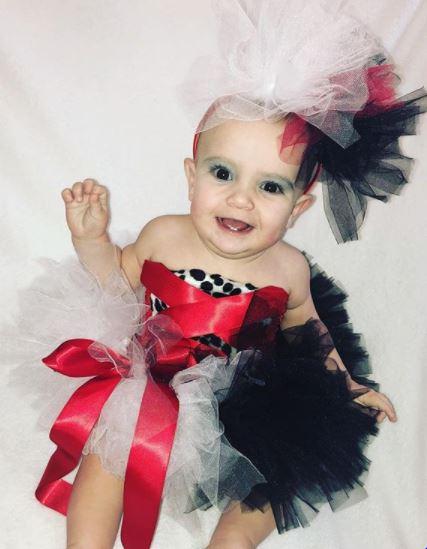 But the mum, who has set up a personal Instagram account for her daughter which has more than 1,150 followers, said it was not a big deal.

Danielle, who spends hours carefully uploading snaps of her baby daughter for her fans, added little Isla loved posing for cheerful snaps in a variety of outfits.

The mum-of-one, from Andover, Hampshire, said: “I’ll take photos of her and edit them.

“I wouldn’t say I’m improving her appearance as such, just making her look more professional for companies. 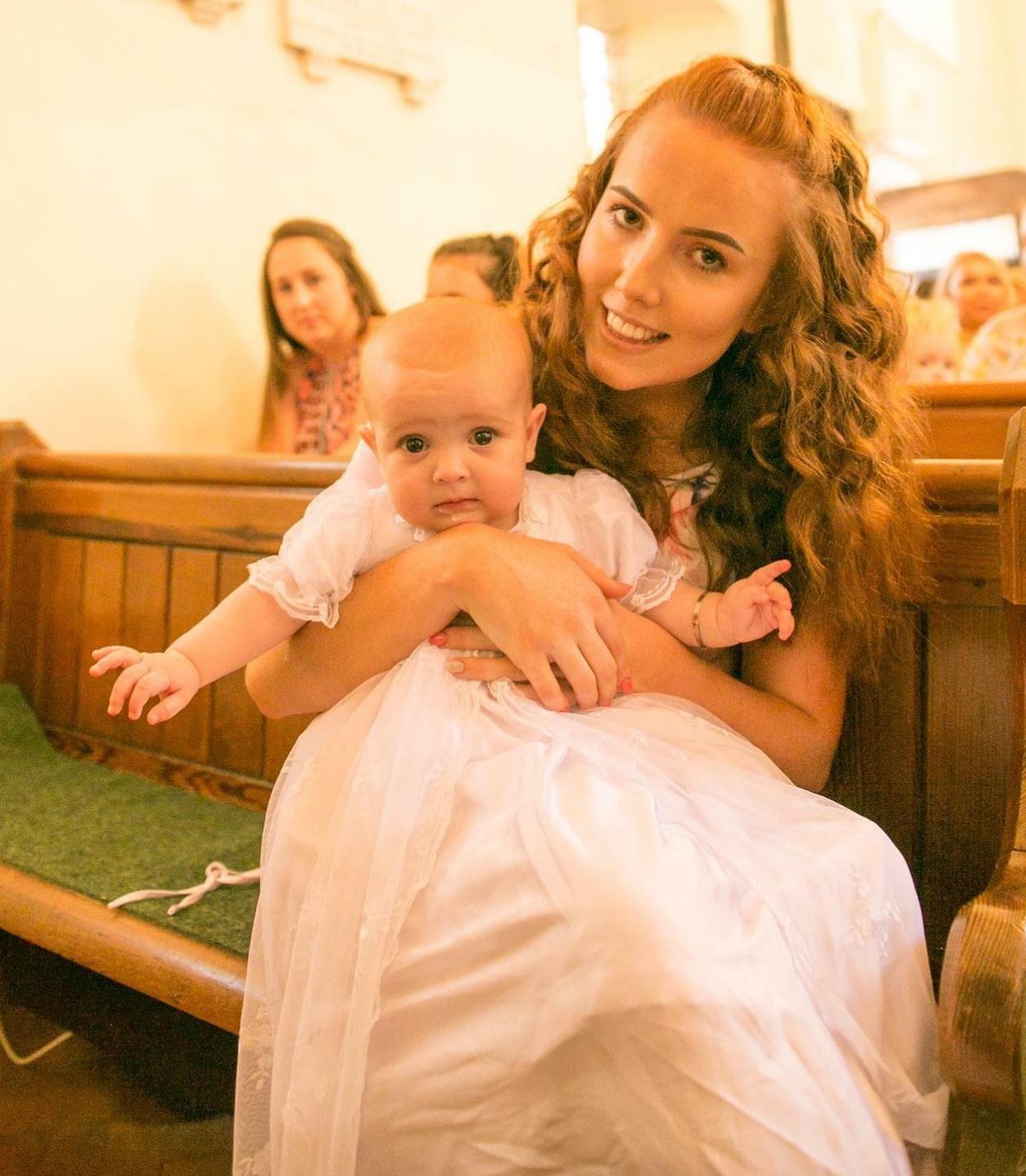 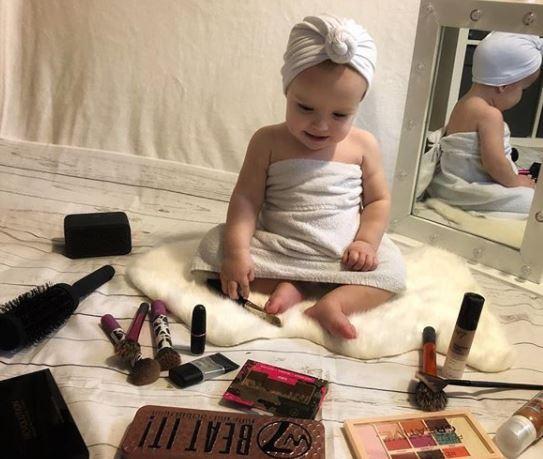 She continued: “I’ve edited out milk spots, snot and redness but nothing major.

“I’ve not altered her appearance that much.”

Danielle, who has also put “sparkly” nail varnish on her daughter and intends to start putting makeup such as pink lipgloss and powder on her from next year, continued:  “A company will contact me or I will contact them asking if they want to collaborate.

“We support small businesses and in return they will send us free clothes such as dresses.

“We support them and they support us back but – in order for it to work – we need to provide the best possible pictures." 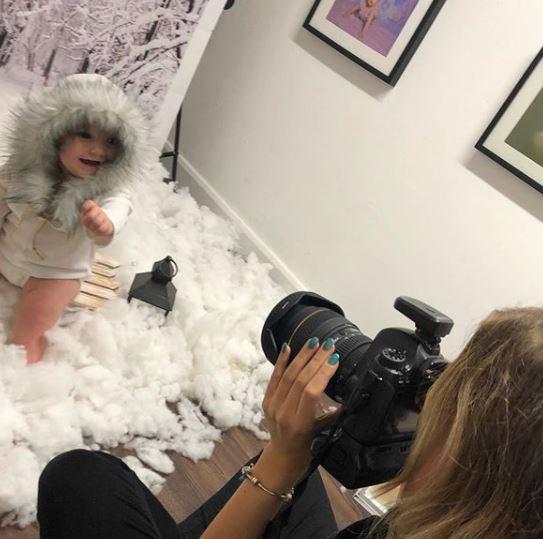 She continued: “She can’t be red and snotty in the pictures.

“She gets sent stuff from companies for free. She advertises the things. I put them online. I get big discounts on their clothes and free items.

“Then, if people say her name at the counter, they get 10 percent off.

“She’s starred in an advert for Alzheimer’s Society and she’s with a modelling agency.  I want her to be a model."

I’ve edited out milk spots, snot and redness but nothing major. I’ve not altered her appearance that much

“She is very photogenic. Removing her minor flaws is just like altering the lighting – it makes companies happy because the photographs looks professional, rather than as if they were taken on a mobile.”

Isla will turn one next month and in the next few years her mum intends to start giving her beauty treatments as “little treats.”

“So I might get her pedicured and manicures – what she is in to,” she said.

“She already enjoys having my foundation brush brushed over face. “I’ll probably put makeup on her when she is one to two. It’s harmless.”

Danielle, who works part-time Monday to Wednesday in a nursery while her dad looks after Isla, also enters her daughter in pageants.

She entered her into her first one at six months old, after learning about them from a friend who entered her child.

She said: “She did a ‘teeny one’. She had only just turned six months. She got ‘Queen’ in her division, that means she came second. 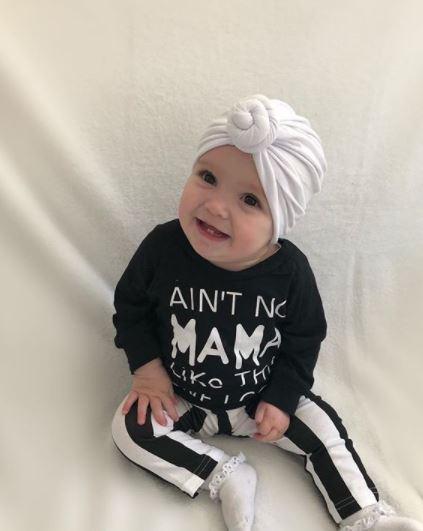 “She got ‘Most Beautiful’ as well. Most recently she scored higher. It’s given me a taste.

“She’s signed up for even more this year.”

“It depends how much bling you put on them and how big you want on them,” her mum said. “Her dress has gems on the corset. 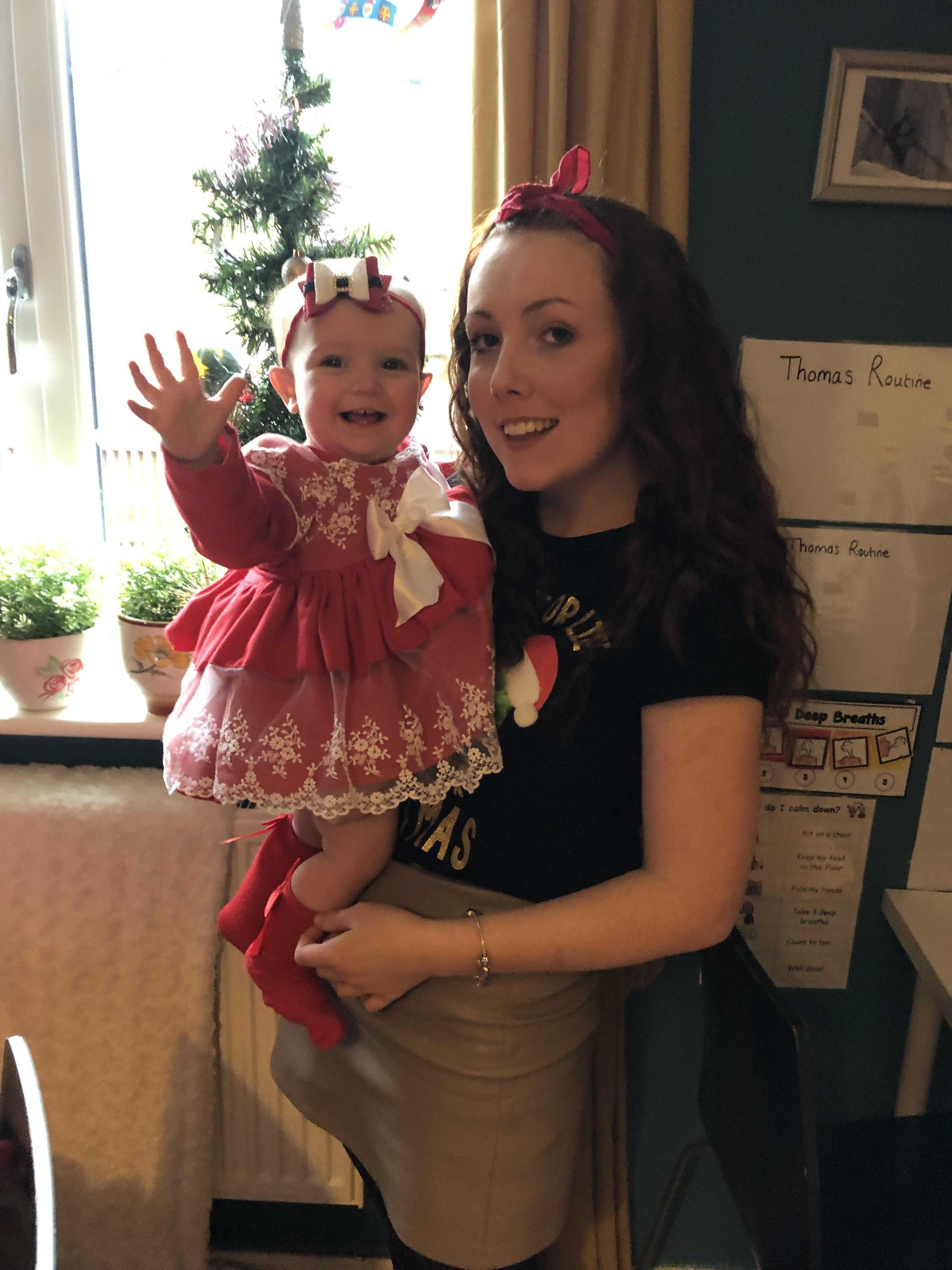 “I put little gems on her ears – like stick-on earrings.

“I paint her nails as well in a nice glittery colour. Just for a bit of sparkle.”

She knows some people will say she what she is doing is wrong, but has not had any obvious abuse.

“No one has objected to my face, but I am certain a lot of people think it,” she said.

“But she enjoys it. And if she wants to stop when she is old enough she can at any time. I would never force her into anything.”

This mum has spent £5k entering her daughter, 12, into beauty pageants – and has even set up a tanning booth in her kitchen to help her prepare for competitions.

A beauty therapist has opened Britain’s first spa for ‘stressed out’ toddlers.