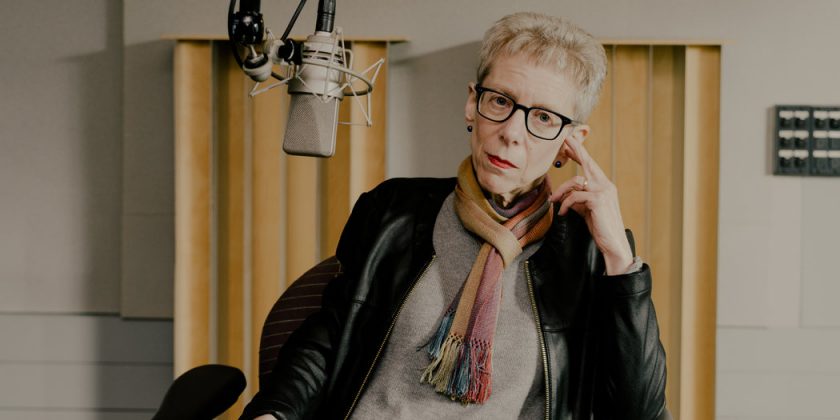 It’s fair to say Terry Gross knows some things about talking to people. The host and co-executive producer of NPR’s “Fresh Air” has interviewed thousands of personalities over the course of her four-decade career.

It all started in the early 1970s, when, floundering a bit in her post-college life, she landed a gig at WBFO, a radio station in Buffalo. There she would call subjects and interview them for the program she hosted, “This Is Radio.” She moved to Philadelphia in 1975 to host “Fresh Air,” the brainchild of a colleague from WBFO.

Ms. Gross brings a combination of empathy and rigorous preparation to the job. “I read, watch or listen to as much of the person’s work as possible, so I have an understanding of what makes them, or their story, important,” she said. “I try to clarify in my own mind why this person matters, and why it’s worthy of our listeners’ time.”

One thing she does not allow of her interview subjects, however, is input on the edit. “When the interview is over, you don’t have a chance to call back and say, ‘Well I like my answer to this, I don’t like my answer to that, can you edit that out,” she said. (As someone who has been interviewed by Ms. Gross, I would like to say that I wish I hadn’t insisted that her cats hate her. That said, I never asked for my comment to be removed from that particular episode of “Fresh Air.”)

In a subsequent chat, our roles reversed, Ms. Gross offered her thoughts on how to have a good conversation.

☻
“Tell me about yourself,”
a.k.a the only icebreaker
you’ll ever need

Those are the only four words you need to navigate a potentially awkward conversation, whether on a blind date or at a cocktail party. Ms. Gross avoids asking more pointed questions (for example, “What do you do for work?”) that presume information to be true.

The beauty in opening with “tell me about yourself” is that it allows you to start a conversation without the fear that you’re going to inadvertently make someone uncomfortable or self-conscious. Posing a broad question lets people lead you to who they are. As an interviewer, Ms. Gross’s goal is to find out how her subject became who they are; as a conversationalist, make that goal your own. 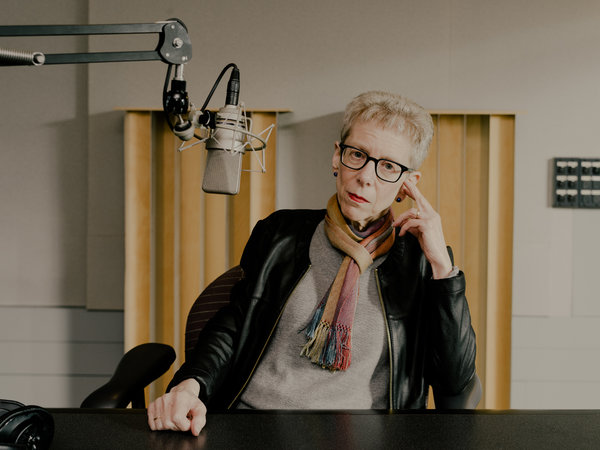 ➩
The secret to being a good
conversationalist?
Curiosity.

Interviewing a person and having a conversation with them are two different things, but a common thread that can help you to excel at both, according to Ms. Gross, is “being genuinely curious, and wanting to hear what the other person is telling you. I can respond to what somebody is saying by expressing if I’m feeling sympathy or empathy, and explaining why.”

“A good conversationalist is somebody who is fun to talk to,” she said. Ms. Gross, it’s worth noting, is very funny. If you can’t be funny, being mentally organized, reasonably concise and energetic will go a long way in impressing people.

A place where this can be especially helpful, particularly when meeting someone for the first time in a social setting, like a date, is considering how comfortable you are with opening up on certain topics. “It’s helpful to think through where your boundaries are, so that you’re not paralyzed agonizing over whether you’re willing to confide something or not.”

In a job interview, organizing your thoughts by thinking about the things you expect you’ll be asked and reflecting on how you might answer can help you navigate if things start to go badly.

⤾
Take control
by pivoting to something you want
to talk about.

Ms. Gross offered help for how to handle a job interview that’s going badly. “If somebody is asking you questions and you don’t feel that you have a strong response for it, say, ‘let me share an experience.’” From there, you can share an experience that points to your talents and areas where you excel.

An interview is a two-way street, which can be hard to remember when you’re the applicant who desperately wants to land the gig, but Ms. Gross gently reminds us that as an interviewee, you’re there to do some sussing out of your own. What is the job really like? What would be expected of you? Being prepared, too, can help you avoid getting caught off guard, or help you to more easily pivot the conversation to a subject that you’ve prepared yourself to talk about in a way that plays to your strengths.

⌧
Ms. Gross doesn’t want you
to dodge questions.
But if you’re going to, here’s how.

“Well, I don’t think it is in my self-interest to tutor people on how to dodge a question,” Ms. Gross said. But, when pressed — perhaps regretting the previous advice she gave to this interviewer about how to get people to answer questions they don’t want to answer (“keep asking”) — she suggests using honesty. Say, “I don’t want to answer that,” or, if that’s too blunt, hedge with a statement like, “I’m having a difficult time thinking of a specific answer to that.” Going the martyr route with something like, “I’m afraid by answering that I’m going to hurt somebody’s feelings and I don’t want to do that,” is another option.

⟟
Terry pays attention to body language.
Be like Terry.

Ms. Gross wishes that everyone would pay attention to other people’s body language. “Try to pick up on when you’ve kind of lost somebody’s attention,” she said. That way, you can avoid boring your fellow interlocutor to death or holding someone up from getting to wherever they may actually need to be. If the person engaging you in ceaseless chatter won’t take the hint, Ms. Gross again recommends honesty. “Well, there’s the truth, which is I’d love to talk some more, but I’m really late,” even, she says, if it feels rude to cut things off. “If a person is being insensitive to you, you don’t have a commitment to be beholden to their insensitivity.”

✿
When to push back,
and when not to

Ms. Gross prefers to interview artists and creators over politicians, and she approaches those baskets of interviewees differently. Politicians, she believes, “owe us an answer,” and so she, in her own very Terry Gross way will “keep asking and re-asking and asking, and maybe I’ll ask it in separate ways, and maybe I’ll point out that they haven’t yet answered the question.” She prefers, however, to interview people who work in arts and culture, and offers those subjects more leeway to set parameters for the conversation. “I tell people that if I ask them anything too personal they should let me know and I’ll move on,” she said. “I want the liberty to ask anything with the understanding that if I’m pushing too far, my guest has the liberty — and they know they have the liberty — to tell me that I’m going too far. And once you told somebody that, you’ve committed to it, and you better fulfill the commitment.”