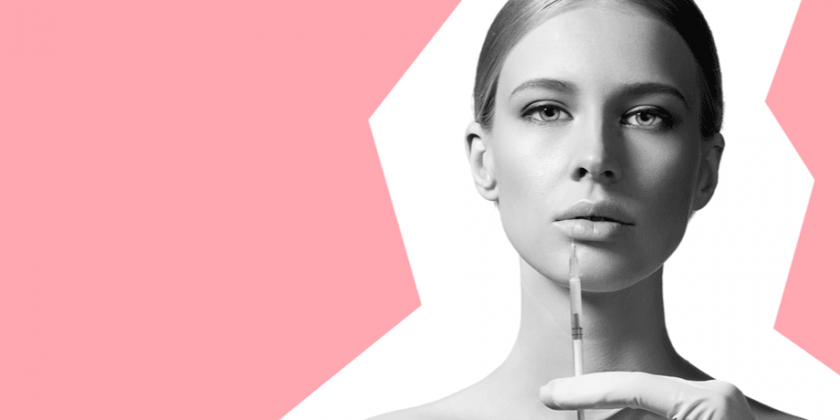 These days, everyone seems to covet having bigger and poutier lips. While some are born with full lips, others are simply not, and feel at a disadvantage. Some love their smaller lips, and would not wish to change a thing — while others are going to drastic measures to plump up their lips with various type of injections, such as Juvederm and Restylane.

Recently, the Seattle Times reported on tips from professionals as to how to make one’s lips appear fuller and more plump — but without going under the needle or the knife. Global Vice President of Sisley Paris, Christine d’Ornano, spoke with reporters about these beauty tips. She stated that plumpness is something many people “attribute to health.”

“It means you’re hydrated. The lines around the lips can actually be what’s making your lips look less plump.”

There are various products that can combat this, some of which come from Sisley Paris. One such product is Sisley’s Eye and Lip Contour Balm, which Christine d’Ornano claims to use personally. The balm comes in at $140, and is the brand’s best seller — but may be out of the budget for some interested individuals. If that’s the case, do not fret, because Meghan Markle’s wedding makeup designer, Daniel Martin, has you covered.

Tatcha’s Kissu Lip Mask — which is only $30 — is well liked by Martin, who says the product is meant to be worn overnight. However, Martin also stated that even just a few minutes of wear can help someone suffering from dry lips. He claims that he sometimes has models put the product on while their hair is being fixed up, which gives the product plenty of time to set. The product, he stated, “doesn’t have that weird cinnamon stingy stuff of lip plumpers from the ’90s.”

Let’s start 2019 brilliantly! Something new is coming and it will be all about Plump & Glow! ✨Stay tuned! #diorlipmaximizer #diorlipglow #diorbackstage #diormakeup

According to Martin, lip scrubs are a waste of time, effort, and money.

“Lip scrubs don’t really do anything.”

Martin also points out that finding the right shade for you can also work wonders. There is even a “pro way to puff your pout with makeup.” Martin gave a step-by-step process to do so, saying that step one is to blot out the tone of the lips with foundation or concealer. This, he claims, helps to see the actual shape of the lip. After that, step two is to select a liner that matches the actual lip tone. If there is not a liner that shade, choose one that is only one shade darker. Doing this will give the lips structure — and provide a good lipstick base to apply the product of your choice.

“The truth is that unless you’re reapplying constantly, lip products will feather slightly at the edges. As the day wears on, a liner that matches your lip tone will look less jarring as your lipstick or gloss wears off.”

According to Martin, one of the best options out there is Rouge Dior Ink Lip Liner — which comes in at $32. He says that the product has stamina, and also has a very natural texture.