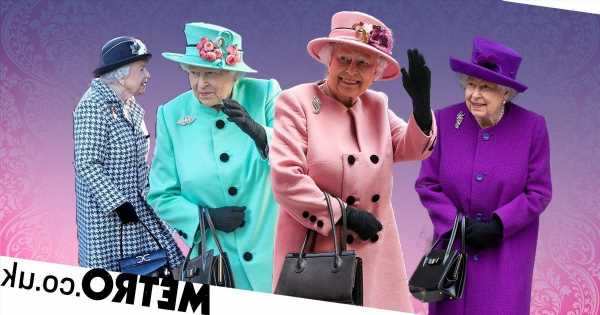 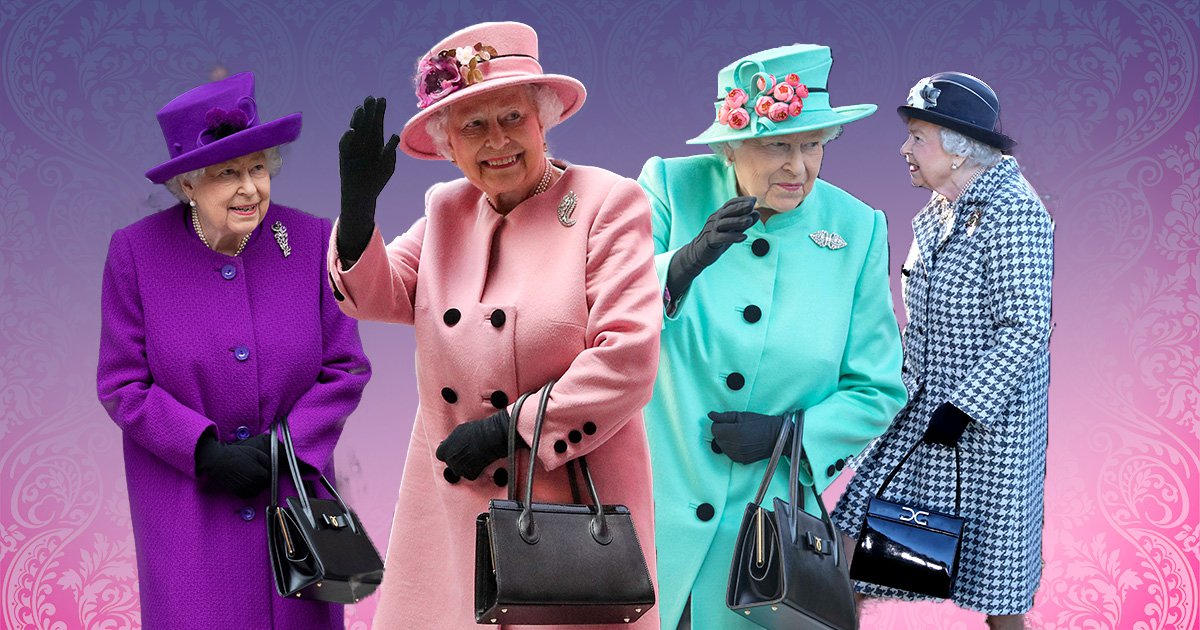 Queen Elizabeth II was rarely seen without one of her iconic handbags.

No matter what the occasion or how lavishly she was dressed, Her Majesty virtually always had a purse on her arm to match.

Not only were her handbags practical fashion statements for the Queen, but, according to various royal experts, they also helped her communicate secret messages to her staff about when she wanted conversations to end.

After all, the Queen spent a lot of her time meeting many famous and important people, so the idea of her finding tactful ways to extricate herself when she was ready to move on seems perfectly befitting of Her Majesty.

On top of that, there must have been a number of security measures in place that her staff would want to implement, thus making secret handbag signals not just polite, but very practical too.

According to author and royal commentator Kristen Meinzer, who shared this information in Newsweek’s The Royal Report podcast, if the Queen swapped her purse from one arm to the other, she was signalling to her ladies-in-waiting that she wanted someone to come and interrupt the conversation.

And if she really wanted to get out of the situation with immediate effect?

Then the Queen would place her bag all the way on the floor. According to royal historian Hugo Vickers, who divulged handbag-centric secrets to People in 2011, the Queen spinning a ring on her finger would send a similar message.

And according to the Telegraph, if there was a dinner that Her Majesty wanted to end within the next five minutes, she’d place her bag on the table.

If she happened to be taking callers at Buckingham Palace, there was also a handy secret buzzer the Queen could use to signal that it was time for her guests to leave.

The Queen isn’t the only one to have used her handbag as a handy tool for navigating social events – the Duchess of Cambridge is said to always carry a clutch bag in front of her in both hands to avoid awkward handshakes.

As for what these iconic handbags were thought to contain, it’s been said the Queen carried many of the things one might expect a lady to want on her person.

While she didn’t have much need for things like a wallet or keys, she was previously photographed pulling out her glasses and chosen shade of lipstick for the day.

Clarins was known to be a favourite brand of hers, and she wasn’t shy about topping up in the open – a girl after our own hearts.

A royal biographer shared in 2012 that she’d also carry a mirror and a £5 or £10 note to donate to the church collection on Sundays.

Sally Bedell Smith, who wrote Elizabeth the Queen: The Woman Behind The Throne, also had it that Her Majesty would carry a portable hook that she’d be able to use to hang her bag up wherever she went.

When it comes to the Queen’s style, she was often seen with a purse by luxury handbag manufacturer Launer London, of which the Queen is said to have first become a fan in the late 50s after the Queen Mother bought her one.

The brand has held the Royal Warrant since 1968, and the Queen was often seen sporting black patent and matte leather designs through the years, and was said to own over 200 of the purses in total.

But even so, Angela Kelly, the Queen’s long-time personal dresser and friend, wrote in her book The Other Side of the Coin: The Queen, the Dresser and the Wardrobe that the Queen didn’t have a favourite brand.

Angela also noted that Her Majesty liked her bags to be custom-made, with longer handles, so they wouldn’t snag on her clothes while she was out meeting and shaking hands with scores of people.

She also wrote: ‘The weight is very important – given that Her Majesty may have to carry it for some time.’

If you’re interested in getting a Launer London bag of your very own, be warned that they come with a hefty price tag.

At the time of writing, Selfridges & Co. has a small selection in stock with prices starting at £1,700.