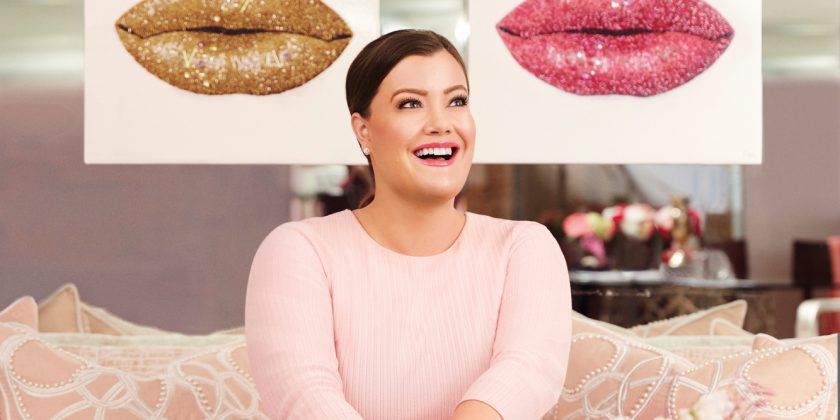 In her 30s, a skin condition was the catalyst for Jamie Kern Lima to make a major career change. “I have rosacea that would cause my skin to be so red, in the midst of my show, my producer would be in my ear saying, ‘there’s something on your face,’” she reveals.

After spending thousands of dollars on products — and countless hours in the makeup chair trying to conceal her condition, Kern Lima realized “there must be a million other women out there with the same issue,” and left her job in 2008 to co-found It Cosmetics.

“I didn’t know anything about the beauty industry when I transitioned into it. But I knew I had to listen to my gut.”

The transition was not without its hardships. “I think that what people should know if they are going to do something is, be ready to hear ‘no’ from everyone,” says Kern Lima, who was told exactly that by QVC, Sephora and Ulta early on. With just $1,000 in her bank account, she recalls crying herself to sleep, and questioning whether she’d made the right decision. Then, when Kern Lima was finally given ten minutes to show the world her debut product, Bye Bye Undereye, on QVC, she broke the mold.

“I went on the segment bare-faced to show how well the product worked, which had never been done before,” says Kern Lima, who sold out her inventory while on-air. At that pivotal moment, she cried tears of joy.

Now, eight years after her cult-classic launch, Kern Lima now creates more than 300 problem-solving products, and sells out regularly on QVC. Her hugely popular brand eventually the attention of L’Oréal, which purchased the company for $1.2 billion in cash in August 2016 — and appointed her the first-ever female CEO of a L’Oréal brand.

Kern Lima’s success can be credited in part to her positive attitude. “I believe that if you keep your faith bigger than your fear, all things are possible.”