THEY have one of the most enduring relationships in showbiz – and Richard Madeley and Judy Finnigan have more than proved that a couple that works and plays together, stays together.

With 35 years of wedded bliss – and Richard revealing his stint on I'm a Celebrity…Get Me Out of Here! castle and will be the longest that he's ever been apart from Judy – we take a look at where it all began and the sex, rows and sparks that have defined their time together. 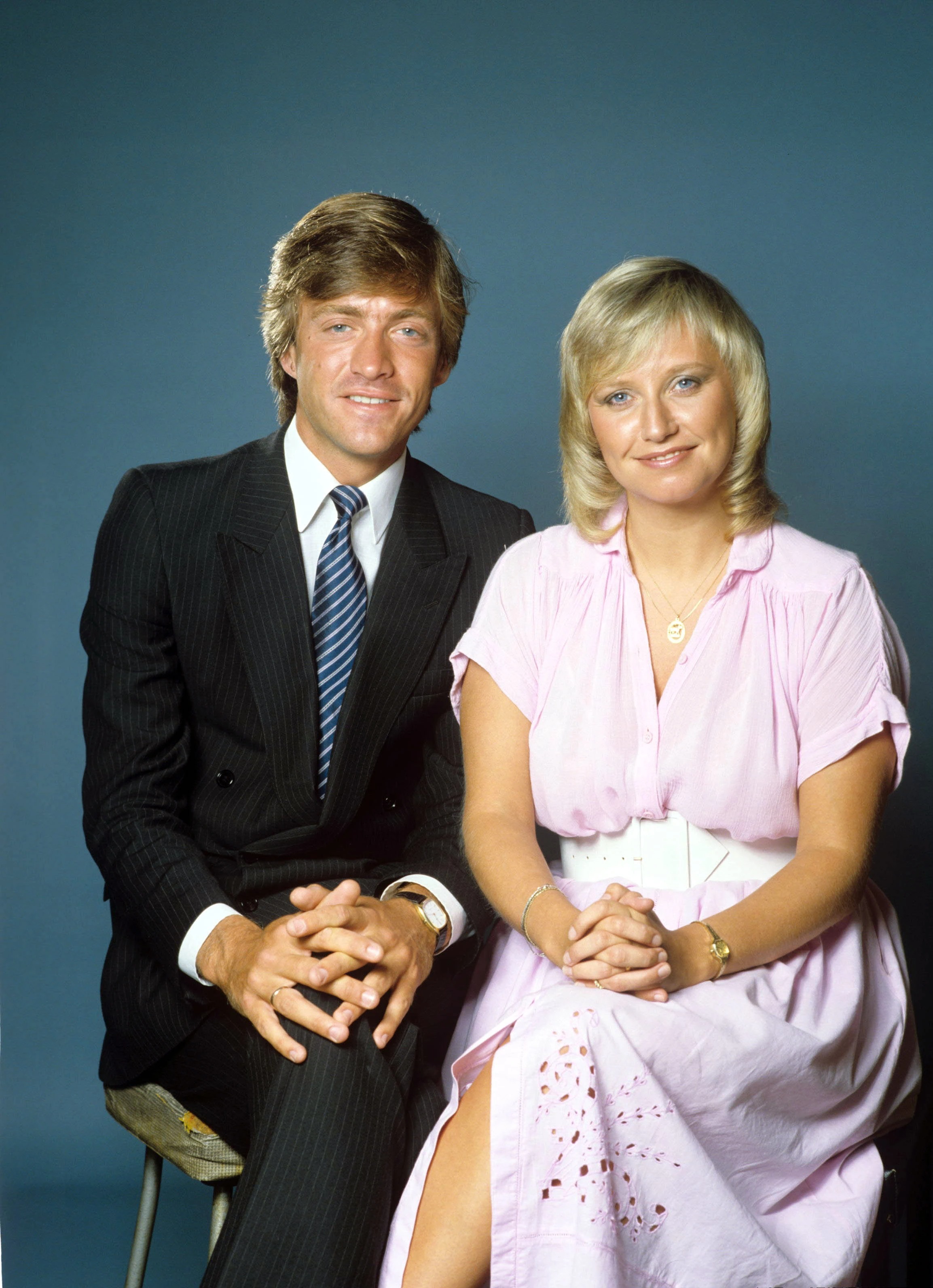 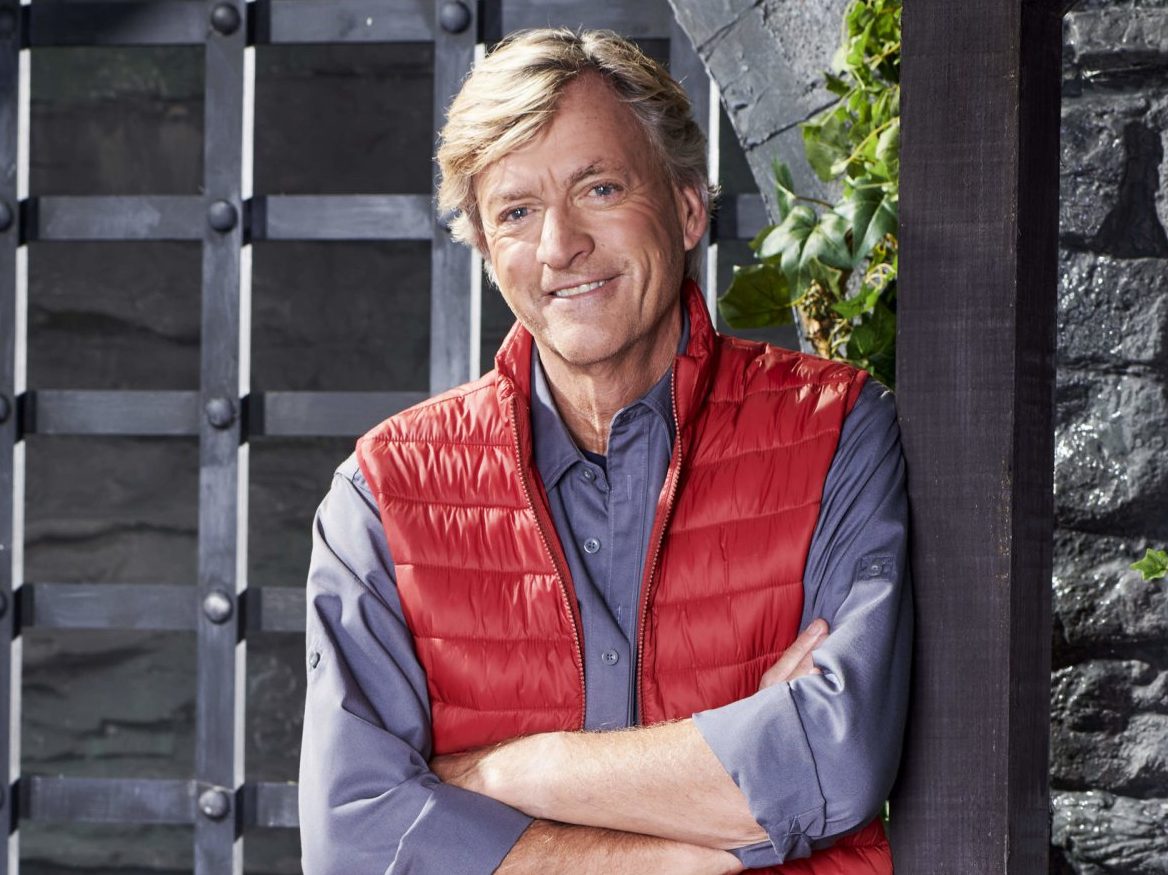 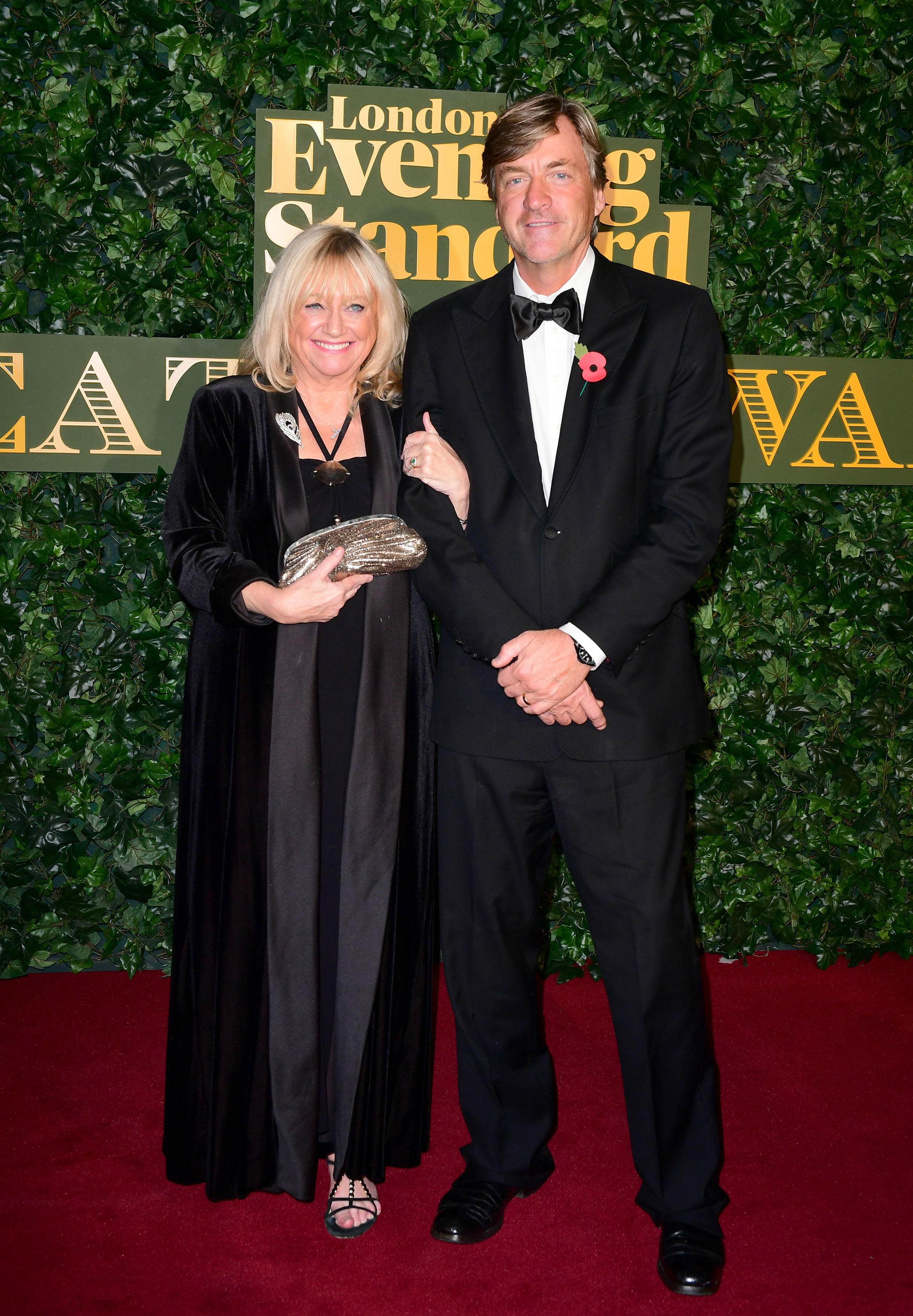 The pair were both married to different partners when they first met at work in 1982. Sparks flew instantly – Richard had a crush on Judy after seeing her on TV before their first introduction, and she thought he was particularly handsome.

Judy thought he “looked nice” but thought his suit was “a bit flash”, although they instantly hit it off.

“I was sitting at my desk when this hand appeared on my shoulder and I looked up at his face and Judy said, ‘Hi, I’m your mummy’ and I thought ‘What?’”, recalls Richard of their first encounter.

Colleagues at Granada Television thought the relationship was a fling; and were surprised when things got serious, and they divorced their respective partners.

Richard knew he wanted to marry Judy after just their third date – but she was apprehensive about their eight-year age gap. She was 34, with six-year-old twins, and he was 26.

After a worried Judy called off the relationship concerned that Richard “wasn’t mature enough”, they married in 1986.

Judy suffered a devastating miscarriage before the birth of her son Jack in 1986. She discovered she had lost the baby at just four months.

Speaking on Giovanna Fletcher’s podcast, she shared: “I went for a scan and they just showed the baby’s heart had stopped beating and that was terrible.

“It’s a really shocking, horrible thing to do and I had to go into labour anyway and it was just awful.

"But when I got pregnant with Jack, it was a very traumatic pregnancy because you can’t trust the next pregnancy at all.”

In an interview earlier this year, Chloe – who’s married to former rugby pro-James Haskell – admitted her parent’s relationship affected her view of couples, saying, “I grew up watching my parents do everything together. It took me a really long time to realise that’s not normal.”

Many couples would fall at the first hurdle if they worked together as well as being in a relationship, but for Richard and Judy, it was bliss.

Fronting This Morning for 23 years until 2001, and Richard & Judy for a further eight years, their relationship went from strength to strength – Judy keeping Richard in check and being a perfect on-screen foil to his effusive manner.

I grew up watching my parents do everything together. It took me a really long time to realise that’s not normal.”

While Richard’s career is going from strength to strength, Judy’s happily retired from a life on-screen and is thrilled for her husband to have his time in the spotlight once more.

"Judy is very happy to not be doing television anymore,” he revealed earlier this year.

But like any doting partner, he’s full of praise for his on and off-screen wife, with their relationship built on both love and mutual respect: “Judy’s still the best female presenter in the UK, she is so able and versatile.

"But of all the presenters I know, she was always the most reluctant one, she didn’t enjoy the fame thing at all.” 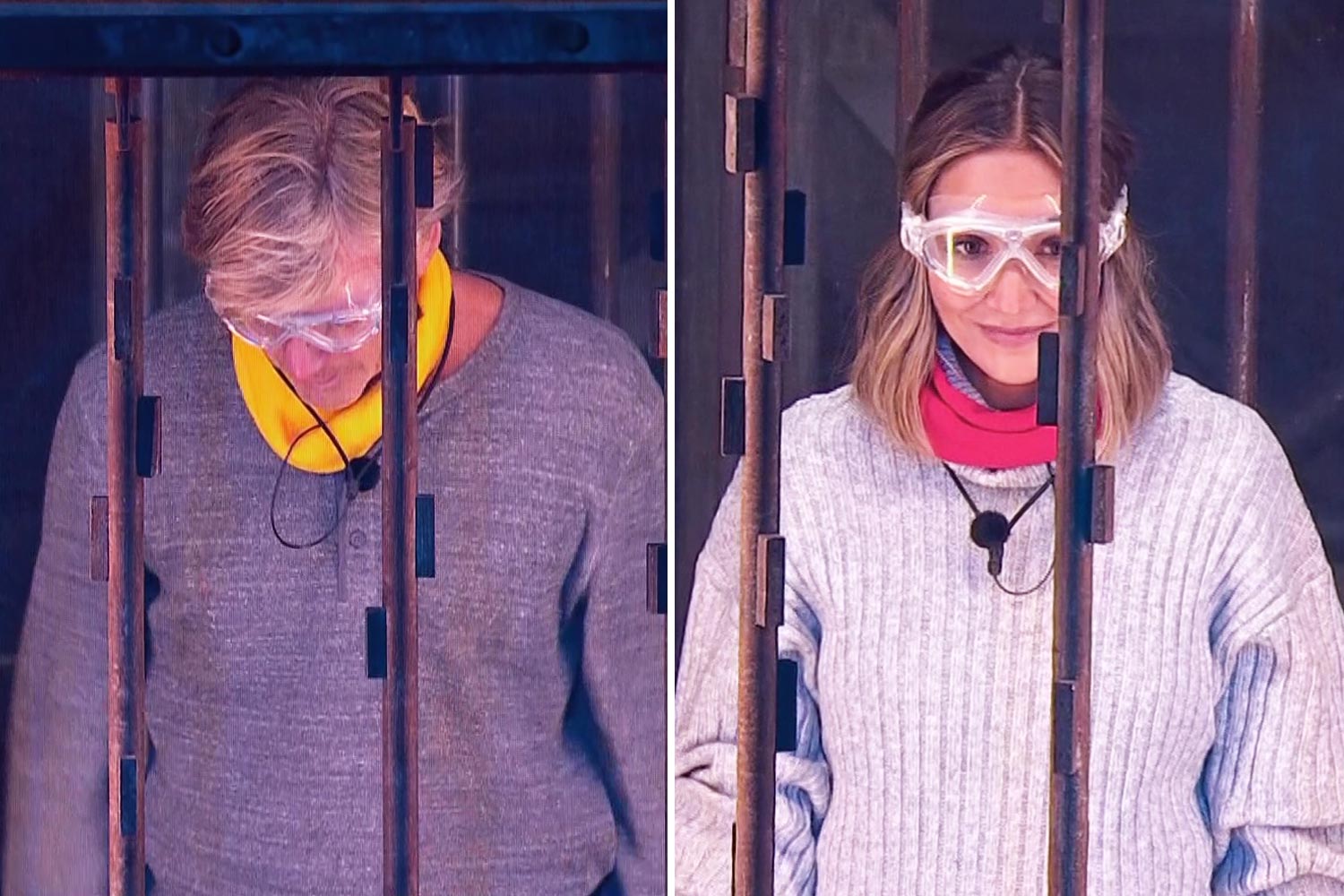 "We're going to really miss each other," he said.

"I'll miss her a huge amount. I spend every day of my life with her, either working with her or in the house. So yeah, that, I'm already feeling strangely dislocated. She's my right arm and she's not here.

"She wasn't exactly doing back handsprings of delight up the stairs or down the corridor, but I didn't just do it without talking to her. We talked about it and I explained why I thought I probably should do it."

He added to The Mirror: "It is the longest time by far we ever spent apart.

"I think the only other time we've spent more than a week apart was two or three years ago when I did The Circle on Channel 4, and we were apart for about 10 days.

"And already we've been apart for almost two weeks. We had to hand in phones and laptops and everything. So I can't even talk to her anymore."

THE JOY OF SEX

Despite this stint apart, the physical side of the couple’s relationship has always been one of the sparks that’s kept them so strong.

While they both share a love of books and television, there’s something more there too.

In 2011, they revealed that “sex is the bedrock of our relationship” and Judy confessed that after so many years together, she was still extremely attracted to her husband.

“You have to feel passionately about a person and fortunately I still feel that way about Richard,” she said.

“You have to be relaxed about sex and I can’t say enough how important it is in a marriage. Some people say a physical relationship isn’t important. But I don’t agree,” added Richard.

You have to be relaxed about sex and I can’t say enough how important it is in a marriage. Some people say a physical relationship isn’t important. But I don’t agree."

But the decades-long relationship hasn’t been without its ups and downs, but it’s made them stronger.

Like all couples, they have their rows, and for two people in the public eye, their rows are often under the microscope more than those who play out their lives behind closed doors.

“Being in a committed, loving couple comes easy to them both,” a source reveals. “They don’t have to work at it. Sure, they have arguments, but doesn’t everyone?”

It’s often about the little things. Earlier this year, Richard recalled a holiday to France when Judy didn’t speak to him for two days for forgetting to pack some of her clothes. But soon all was forgiven.

Reflecting on their marriage in 2004, Richard cited “luck” as the secret to their long-lasting love.

“You can think you've found the right person, and that person can change – or you both can,” he revealed.

“If you're lucky, you both change in the same direction. Judy and I are still very much passionately in love, but we got weary of arguing quite early on – it wasn't much fun, so we stopped.

Judy added: “A long relationship teaches you what kind of remark causes more grief than it's worth.

"You have to know where to draw boundaries, where to let things ride – otherwise, you'd be at loggerheads over every tiny thing.

"Richard's right, it is luck, but it's also being willing to learn from experience.”

Richard said it best when he summed up their relationship in 2011: “People don’t want to believe that it is possible to be happily married. But I don’t give a fart what they think.” 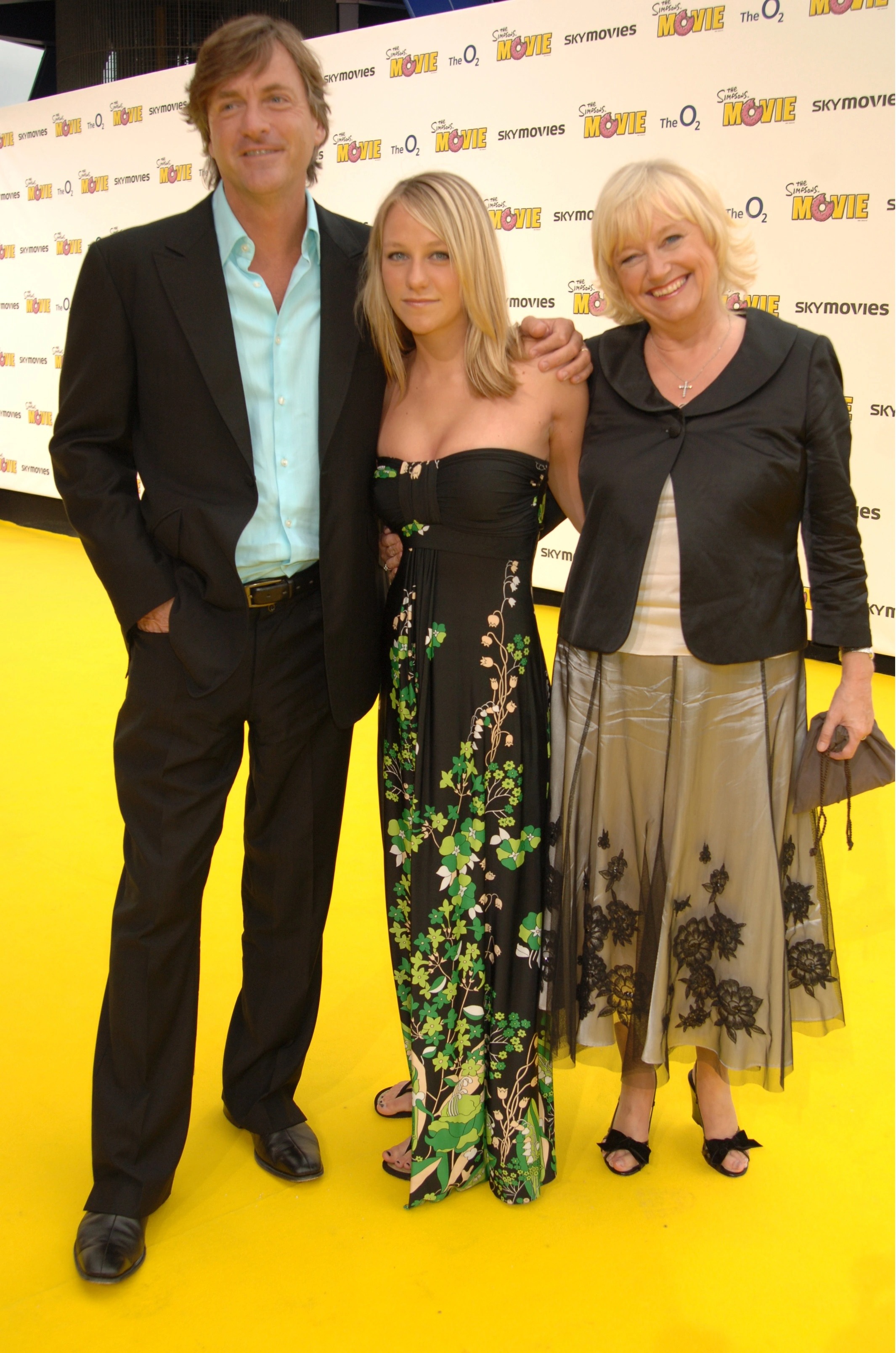 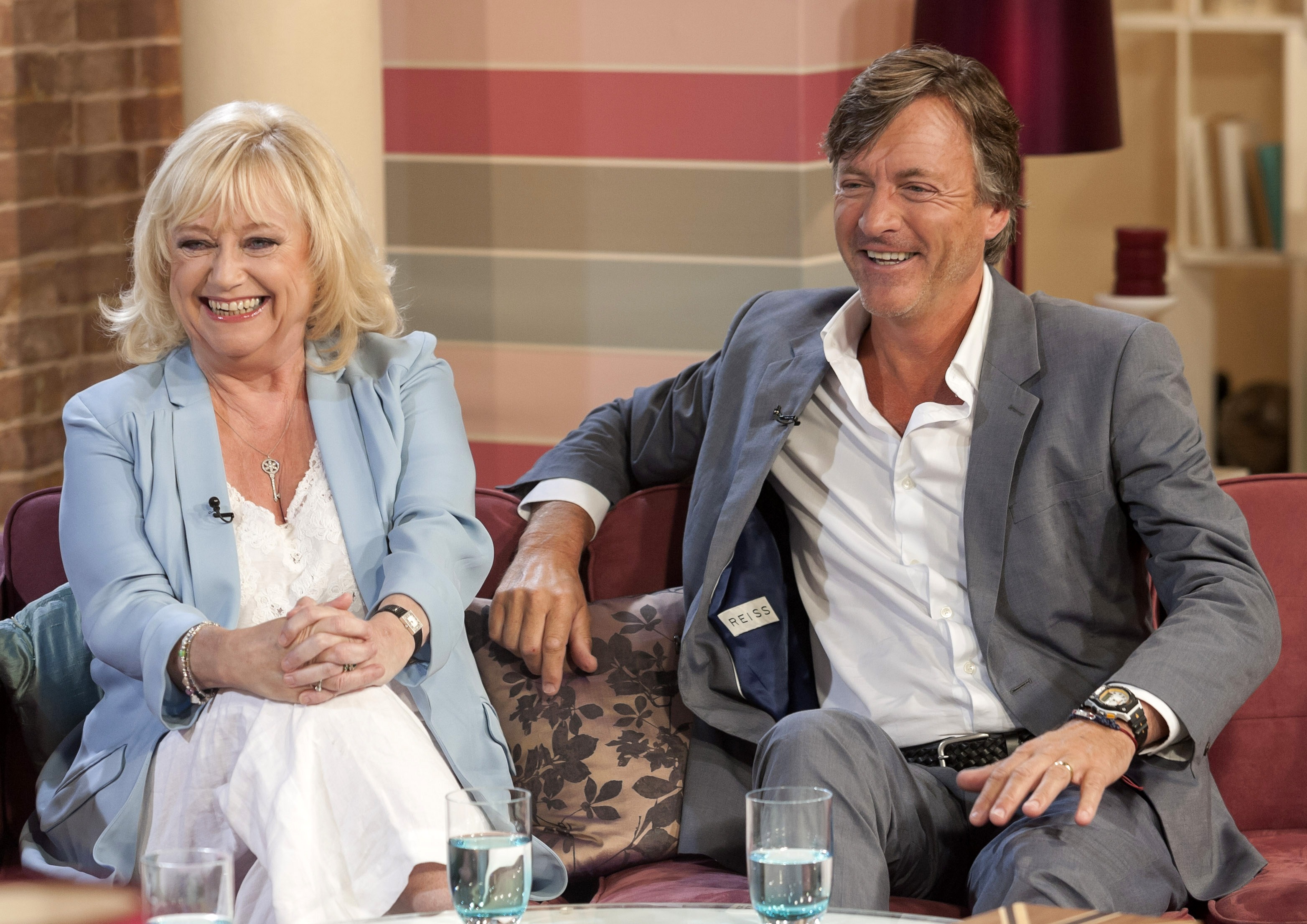 Meanwhile…We’re a couple but people always think we’re mum and daughter… even though there’s only a YEAR between us.

Elsewhere in relationships, I get abuse in the street for my age gap relationship – people think my man is my GRANDAD.