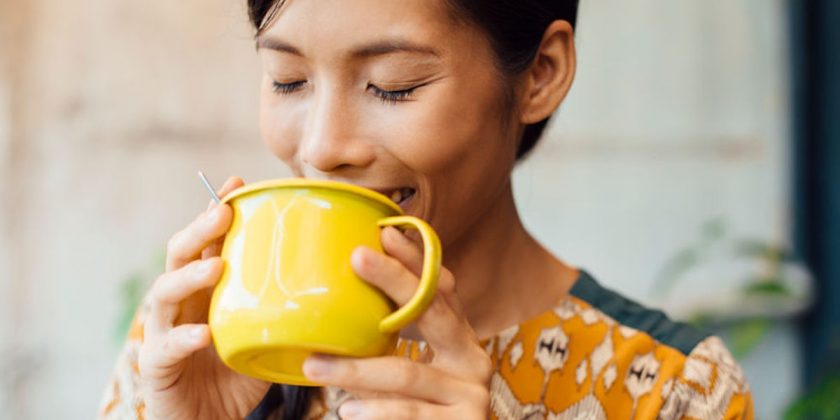 If you’ve ever wanted to give your brain a bit of a boost in preparation for a big test or an important presentation at work, chances are you turned to a cup of coffee (or three) to give your mind that extra kick. Most of my college days were spent in a state of constant caffeination, if I’m being honest. But your favorite latte isn’t just beneficial for a momentary jolt of concentration. According to new research, the way coffee affects your brain is nothing short of incredible. In both the short term and over longer periods of time, the drink can apparently keep your mind strong, healthy, and may even protect you from developing certain diseases.

According to ScienceDaily, researchers from the Krembil Brain Institute in Toronto studied how light roast, dark roast, and decaffeinated dark roast coffee can affect people’s brains over a period of time. The results, which have been published in the journal Frontiers in Neuroscience, are a bit complicated to understand, but overall, the findings demonstrated benefits for both dark roast coffee varieties, regardless of caffeine levels — meaning, if you’re sensitive to caffeine, you can still enjoy the drink’s brain boost benefits.

So here’s how that brain boost seems to work, according to the research: During the coffee roasting process, compounds called phenylindanes emerge. Phenylindanes are important because they help prevent the formation of protein fragments that, in the long run, can potentially lead to the development of Alzheimer’s and Parkinson’s disease, as per ScienceDaily.

Even more fascinating is the fact that this protective phenomena is totally natural. "Mother Nature is a much better chemist than we are and Mother Nature is able to make these compounds," Dr. Donald Weaver, co-director of the Krembil Brain Institute, said in a statement, as per ScienceDaily. "If you have a complicated compound, it’s nicer to grow it in a crop, harvest the crop, grind the crop out and extract it than try to make it."

What’s more, the brain boosting benefits of coffee certainly don’t end at helping to prevent Alzheimer’s and Parkinson’s disease. Coffee can also help your brain get better at processing information for the long term. For a study published in the British multidisciplinary scientific journal Nature, researchers gave 200 milligram caffeine pills (which equates to about two cups of coffee) to 60 participants who didn’t regularly drink coffee to see how it affected blood flow to their brains. According to the results, the caffeine pills caused more blood flow to the prefrontal cortex, lateral striatum, visual cortex, and motor area of the brain. These areas, as per the research, relate to your attention, vigilance, and motor function, so if you’re looking to sharpen your brain power, your espresso habit could do the trick.

Additionally, while chugging coffee before a major study session may help keep you awake long enough to cram, it could also make your brain’s short term memory formation more effective, according to a study published in the journal Psychopharmacology. Along with the alertness you might expect from a coffee fix, participants in this study noticed that, 30 minutes after drinking coffee, they were better able to process visual information , had more accurate spatial memory, and remembered information more effectively overall.

Honestly, I could go on all day about the many benefits of coffee. If you’re still not convinced, though, Trevor Rich, M.D., of the Mayo Clinic Health System in Eau Claire, Wisconsin, told NBC News, “Studies associate coffee drinking with a decreased risk of depression, Parkinson’s disease, type 2 diabetes, liver disease and liver cancer."

If caffeine makes you jittery, you don’t necessarily have to miss out on these brain boosting perks. Pour yourself a hefty mug of the decaf stuff, because Dr. Rich told NBC News that your body could still benefit from the drink sans caffeine. “Some of these associations are seen even in drinkers of decaffeinated coffee and may be related to the antioxidants contained in coffee.”