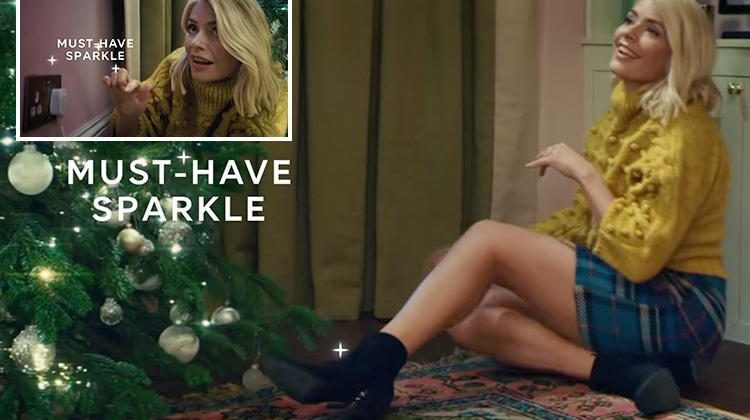 Holly Willoughby is the star of this year's Christmas commercial, which opens with the darling of daytime television crawling around underneath her tree to power up the lights.

And let's just say even as she struggles to plug in her display, the 37-year-old presenter still packs a serious style punch in a mustard jumper and plaid skirt combo.

After Holly finally powers up the tree (something we all struggle with year after year, let's be honest), the mum-of-three is transported into a familiar realm of Christmas parties, festive movie screenings and a serious washing up effort from none other than David Gandy.

In keeping with Holly's coveted must-have range for M&S, the festive ad goes through all of the little must-have moments that make up Christmas.

Tom Jones' Give A Little Love sets the cheery tone of the Christmas advert as Holly narrates from underneath her spectacular tree.

Including a dose of "must-have sleep" after attending a "must-have after-party", obvs.

Not to mention those pre-Christmas fancy knickers and post-Boxing Day comfy pants, which are perfect for when we've indulged in one too many mince pies.

But other than Holly's standout outfit, our personal highlight of the uplifting one-minute advert is the Bridget Jones sing-a-long session.

Because let's be honest, we can't make it through the festive season without watching Bridget Jones at least once…

Let's just say M&S have pretty much got our Christmas plans spot on. Right?

Drawing the uplifting advert to a magical close, the M&S fashion fairy godmother then appears on the scene by swapping a woman's pair of ordinary trainers for some super sparkly heels.

Our style guru Holly also returns to screens in a vibrant purple coat, which she pairs with a stunning leopard print mini skirt and classic cream jumper.

And better still, the chunky mustard jumper of our dreams is only £35… *adds to basket immediately* 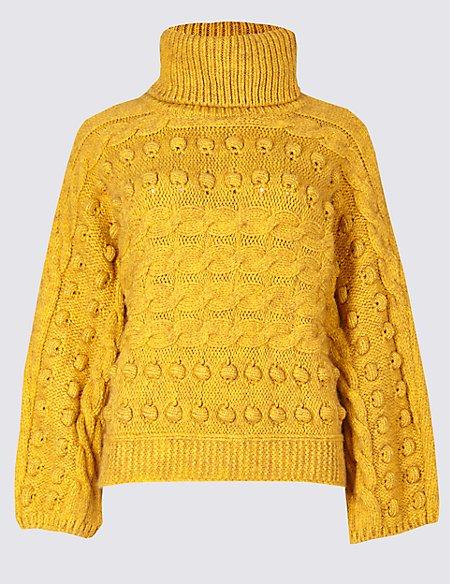 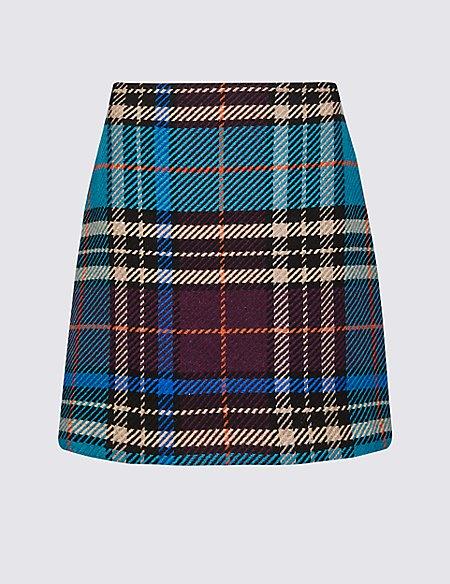 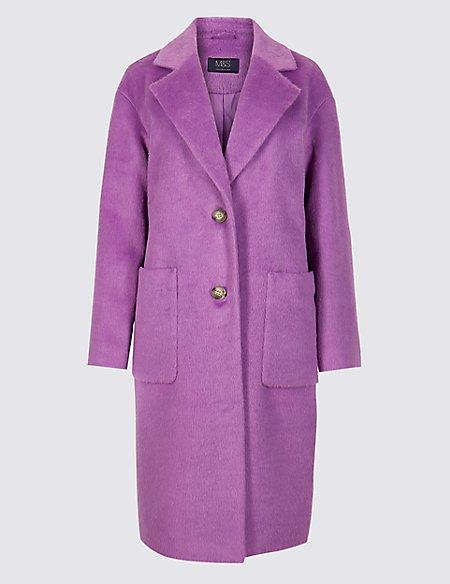 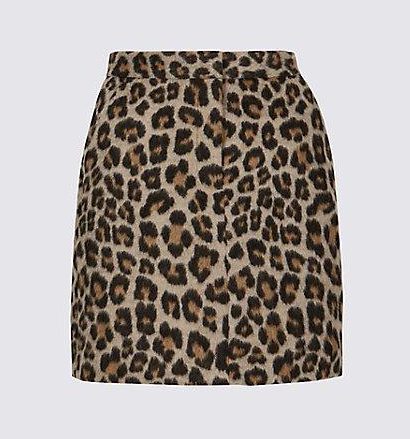 And ASOS has a bizarre frayed denim jacket for £250, which shoppers have described as a 'millennial shedding its skin'.