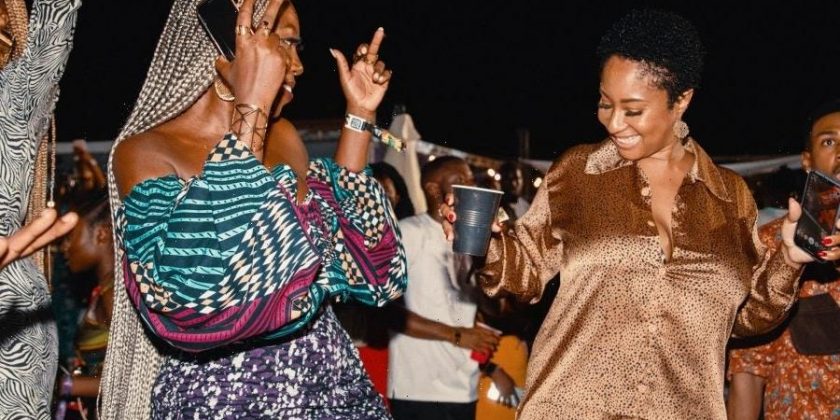 Did someone say, a December in Ghana recap? Well, now that we’re all back and settled into the new year, let’s check out some of Afrochella’s most fashionable moments! Fan favorites including Ari Lennox, WizKid, Ayra Starr, Amaarae, and Tyla graced the stage in Accra’s El-Wak Stadium for the fifth inception of the festival.

“All the stars in the universe aligned and shined on 2021’s Afrochella,” festival founder Abdul Karim Abdullah said. “We were able to secure outstanding first-of-its-kind partnerships with the likes of Instagram, Twitter, YouTube and leverage those partnerships to put out an amazing series of events through the week.”

All Detty December roads led to Afrochella last December. Colorful African prints, bright stage lights, electric festival-goers, and chilled beverages were ever-present. Afrochella has cemented itself as a one-stop-shop for all things West African culture. From the music to the fashion, to the food, attendees could expect to feel an immediate immersion into the local culture upon arrival at the festival.

“Afrochella was a huge vibe!”, festival MC Young Prince said. “Being on stage and seeing so many people from different backgrounds vibe out to African music was truly a blessing. It was my second year hosting it but this time felt more special.”

Since 2017, Afrochella’s mission has been to amplify the voices of its people and bring Africa’s most talented creatives, artists, and entrepreneurs together.

“The energy is here! Live music can’t be replaced. It’s great seeing the artists that we love bring so much energy to the stage” said Bozoma St. John, CMO at Netflix and a Special Envoy to The President of Ghana.

Ahead, view some of the best fashion moments from Afrochella through the lens of photographer Kwame Blue.