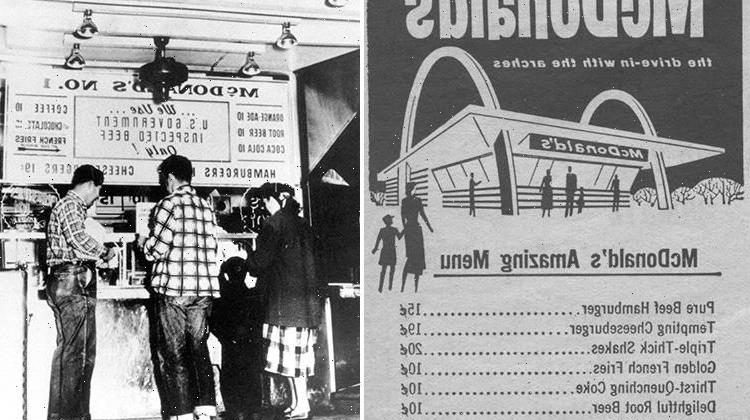 MCDONALD’S first ever restaurant opened its doors 77 years ago – and now the fast food giant serves around 68 million customers every day.

McDonald brothers Dick and Mac proudly opened up the fast food outlet in 1940 in San Bernardino, California, where they flogged hamburgers for just 15 cents (around 11p). 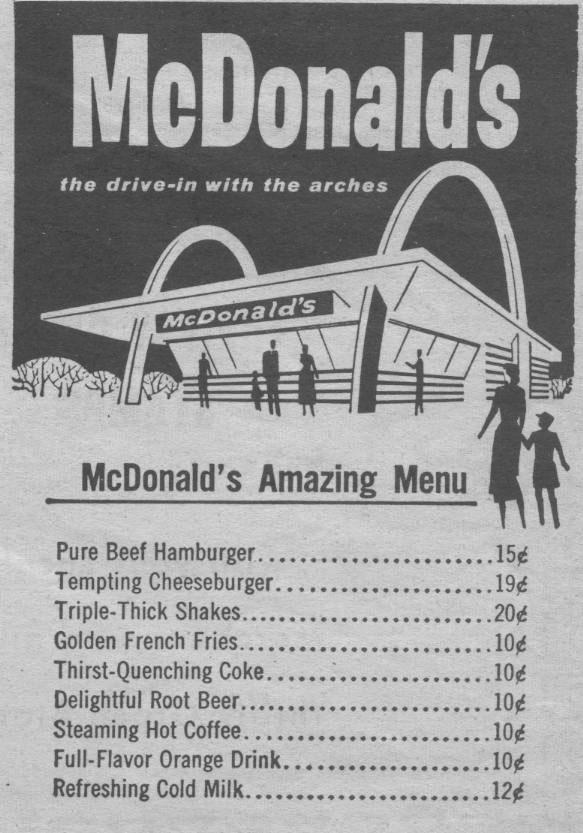 Before the Golden Arches became world-renowned, the original menu was extremely simple.

For food, hungry punters could get their hands on hamburgers, cheeseburgers and French fries.

By limiting the number of choices available, the kitchen could get orders out to customers more quickly.

Three years after opening their first store, the menu was expanded slightly. 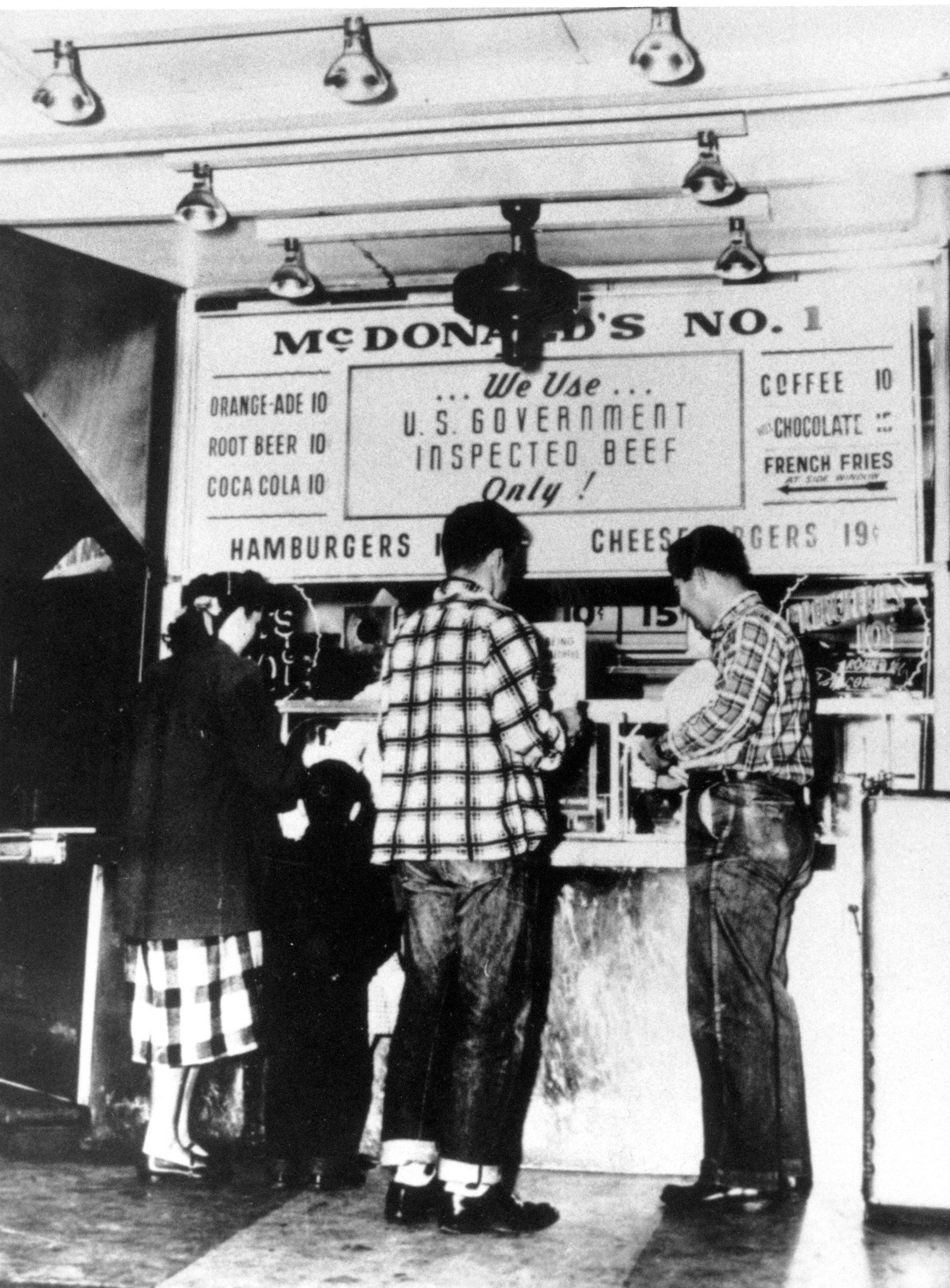 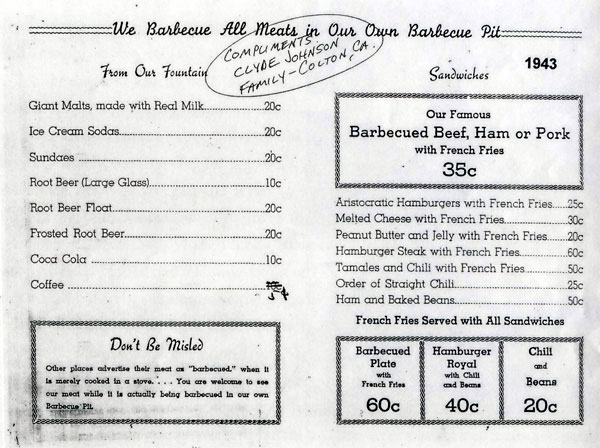 Ice cream sodas, sundaes and frosted root beer were among the drinks to be rolled out.

Some of the unusual menu items included the posh-sounding “Aristocratic Hamburgers” and “Peanut Butter and Jelly with French Fries”.

Two Mexican-inspired dishes were also being offered up – straight Chilli and Tamales and Chilli with French Fries.

Barbequed treats also soon became a fast food favourite, with the 1943 menu boasting: “We barbecue all meats in our own barbeque pit”. 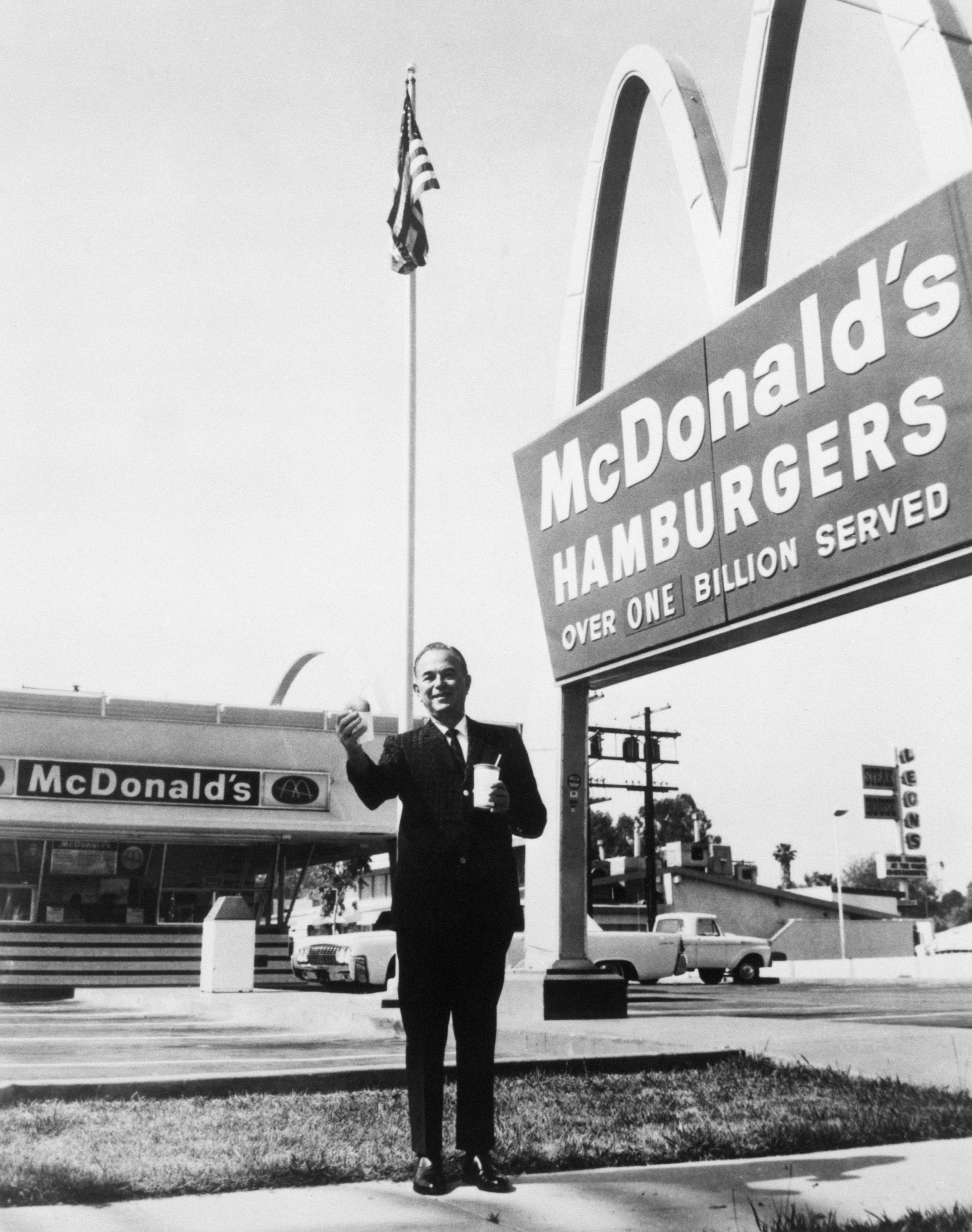 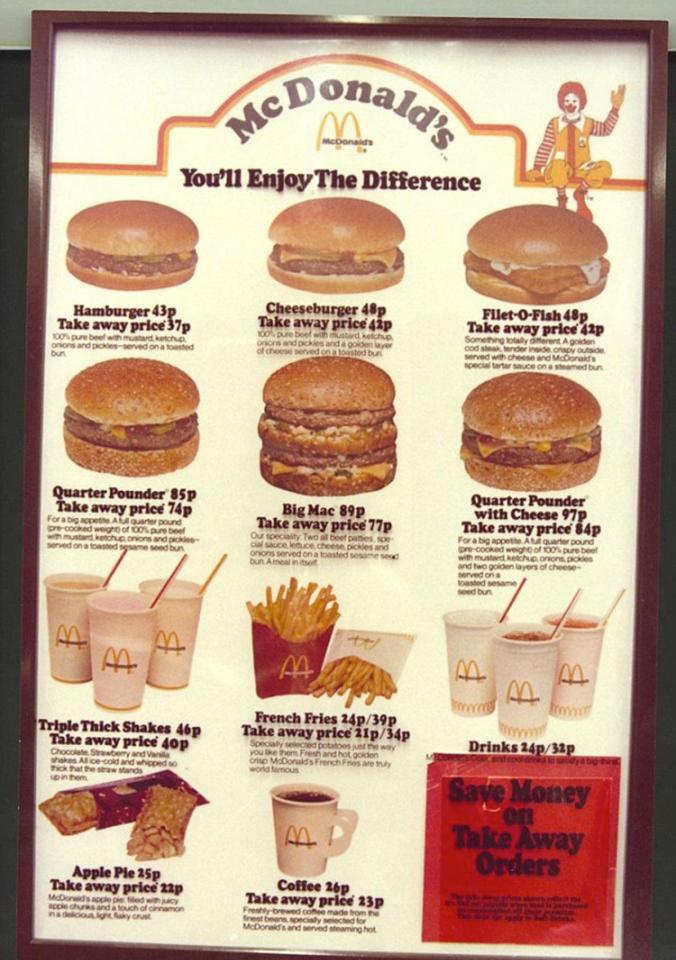 As Kroc was so struck by the speedy service and simple food menu, he made plans to turn the outlet into an entire chain.

The shrewd businessman promised to give the McDonald brothers a one per cent cut of all earnings, but they were soon ditched from his plans. 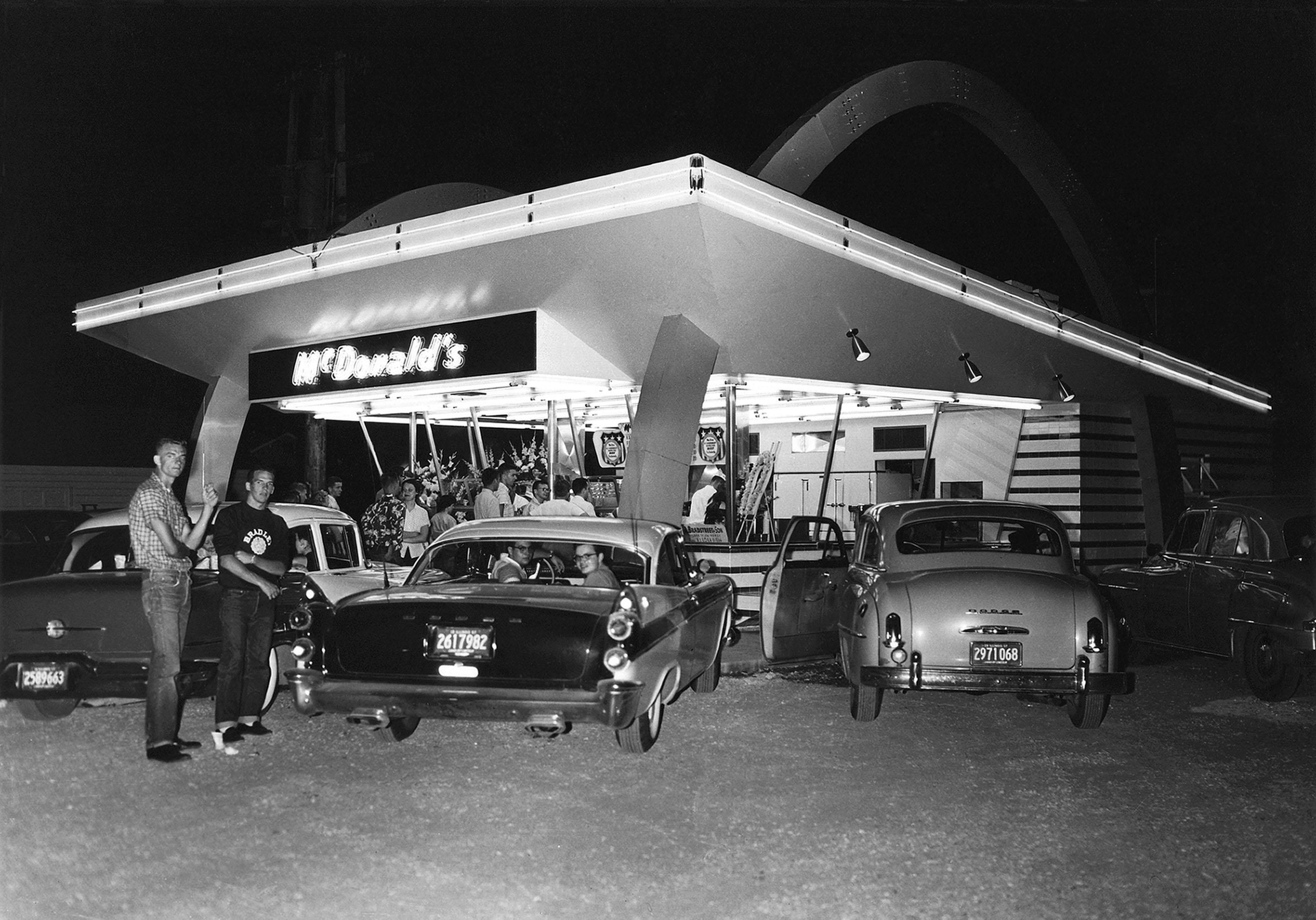 After shaking hands with his business partners, he went back on his word and the pair was forced to take their name off the original restaurant.

Over the decades, McDonald’s has introduced and axed dozens of different menu items to keep up with demand.

Even though the original menu is humble in comparison to the extensive range of choice available today, the McDonald’s burger has endured the test of time throughout it all.

Here is how to get a McDonald’s Big Mac and fries for £1.99 every time – and it’s totally legit.

There are other food and drink freebies you can get instantly from McDonalds, KFC, Krispy Kreme just by downloading the app.

Plus we have revealed 15 ways to get freebies on your birthday, including doughnuts, Prosecco and luxury beauty products.