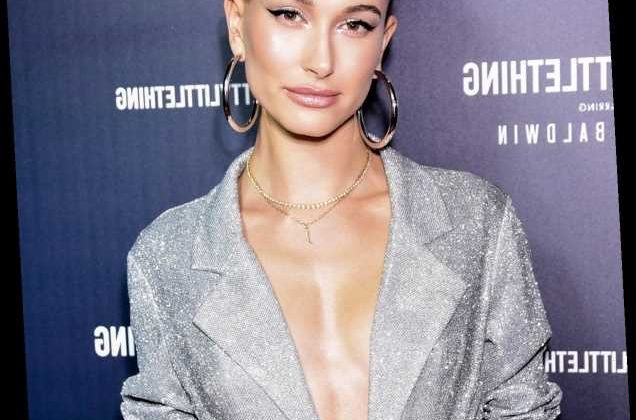 Hailey Baldwin is opening up about one of her tattoo regrets.

While gracing the cover of Elle's April issue, the 24-year-old model candidly spoke about one of her "20-something" tattoos, a small handgun that is on the inside of her middle finger on her left hand, that she said she "would never" get today.

Telling the outlet that she looks at getting the tattoo as a mistake she made as a teenager, the model said, "I think at 18, I was like, 'Yeah! That looks cool.' But now, as a 24-year-old, I would never do that. I think guns are violent."

Baldwin, who has been an outspoken supporter of gun control in recent years, first got the tattoo back in 2015.

"Tbh I don't know why I have this tattoo…just another story to tell lol. It is what it is," she wrote on Instagram at the time alongside an image of the ink. Apart from her 2015 ink, the model has been known to show off a few of her other tattoos with special meanings.

"It was PLEASURE for your trust on this meaningful piece @haileybieber 💚 ✨🙏🏻✨💚 #haileybieber #justinbieber #mrktattoo," he posted at the time.

According to Mr. K, the first tattoo Baldwin requested was the word "beleza," which means "beauty" in Portuguese on her neck. The model also got the letter "J" with a star on her ring finger in honor of her husband, Justin Bieber.

Elsewhere in her Elle interview, Baldwin continued to speak about decisions she made at a young age, including getting married to Bieber in 2018 in her early 20s. Baldwin said that the two felt ready to take that step in their relationship despite being "insanely young."

"I was married when I was 21, two months before I turned 22, which is insanely young," the model said. "And sounds almost ridiculous when you say it out loud."

"Although I do think for somebody like me and somebody like Justin, [it's different]," she continued. "We've seen a lot for our age. We have both lived enough life to know that's what we wanted."

"I learn new things about him and about myself and about our relationship all the time," Baldwin told Elle of her husband of two years. And while they "have little fights and stuff that we have to work through sometimes," the model said "it really doesn't ever feel like work, because I love him so much."

"I see forever with him," she added.