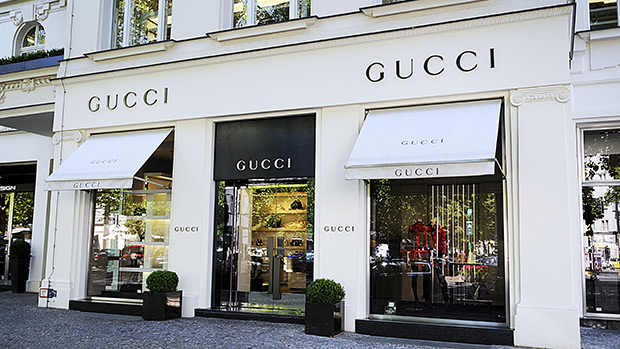 Gucci issued a much-needed apology after customers pointed out that their new $850, black and red sweater looks like blackface. Read the brand’s statement, and find out how they’re attempting to fix the issue.

Gucci has apologized after selling a balaclava sweater that many believed looked like blackface [see it here]. “Gucci deeply apologizes for the offense caused by the wool balaclava jumper,” the brand wrote on Twitter. “We can confirm that the item has been immediately removed from our online storm and all physical stores. We consider diversity to be a fundamental value to be fully upheld, respected, and at the forefront of every decision we make. We are fully committed to increasing diversity throughout our organization and turning this incident into a powerful learning moment for the Gucci team and beyond.”

The sweater in question does look like blackface. It’s a black balaclava, meaning it goes up around the model’s face. Gucci’s $850 sweater, though, has an opening around the model’s mouth, lined with thick, red fabric to resemble oversized lips. Yep. To make matters worse, the model wearing the sweater is white. The reaction to the sweater on social media has ranged from outrage, to exasperation, to just plain confusion. Some noted that this is happening during Black History Month.

“So how many people did this get past before someone relaized [sic] it maybe wasn’t a good idea. It’s funny the companies are always apologizing after the decision makers think something so obviously wrong to the world is ok. Is it safe to say there are 0 American Black people staffed?” @KayMogul tweeted. “Here’s a thought: fire anybody who saw the sweater and didn’t immediately say, “That’s repugnant; we can’t do this.” You need diversity, yes, but mainly you need not to be tone deaf or in this case blind. On the bright side, the model is now 4th in line to be governor of Virginia.”, @John_Dantzler wrote. “Maybe you should have greater diversity in your design and production team. Cannot imagine someone Black on your team thinking this was ok. I’m a very disappointed customer. #stopblackface,” wrote @photosbytafari.

This, of course, is far from the first time blackface and other racist imagery has been used in fashion campaigns. Prada came under fire in 2018 after customers pointed out that displays in the storefront of their Manhattan shop depicted blackface. They pulled items from their Pradamalia line, which depicted monkey-like figures with black faces and red lips. H&M faced backlash after having a black child wear a monkey sweatshirt on its site. And those are just recent examples.